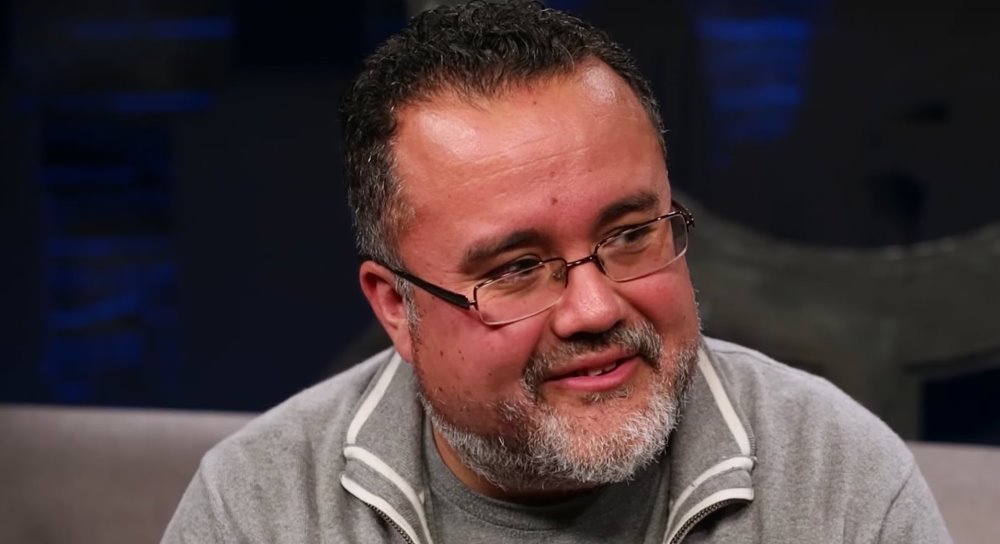 We continue our look back to interviews conducted in years past by members of the Fantha Tracks team, and our 2012 interview with a Lucasfilm stalwart – Pablo Hidalgo. 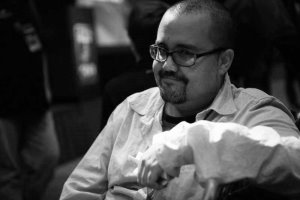 MN – Your latest Star Wars project is The Essential Reader’s Companion, which pulls together over 35 years worth of written Star Wars content into one chronologically organised guide. So, before starting the book how deep a breath did you take – that’s a LOT of content to compile!

PH – I admit I plunged in rather blindly. It was not until the first chapter was written that I got a true sense of how big an undertaking this was going to be.

MN – There must have been some tricky decisions to be made putting that amount of Star Wars literature into order. What criteria did you choose upon to decide whether or not a book or story would make it into the guide? 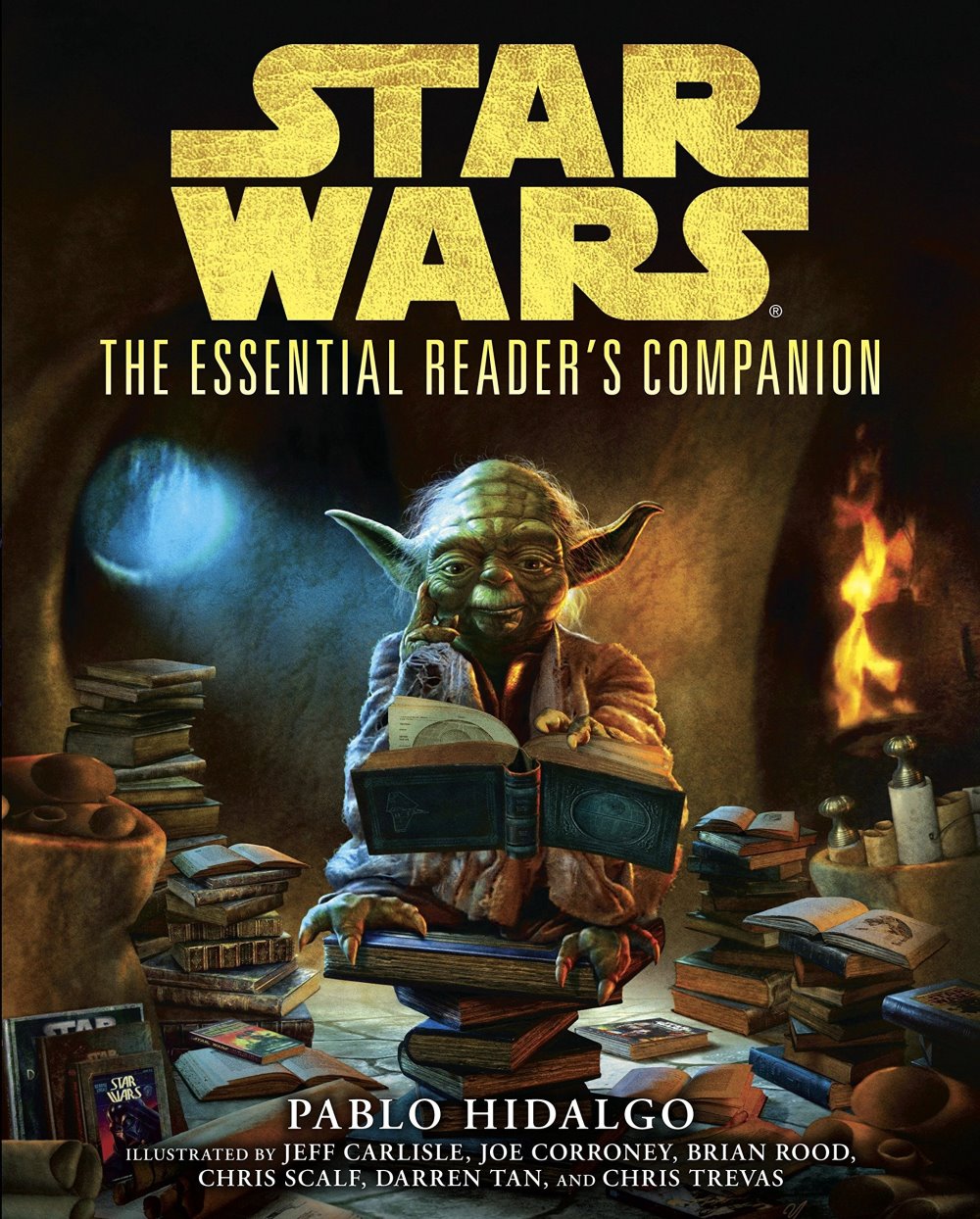 PH – As I said, that first chapter was a testing ground for how inclusive we were to be. I took that Old Republic-era chapter and wrote summaries not only for the novels, but also all the comics in that era and quickly discovered that such an approach would end up way too big. I went through nearly half my allocated page count by being that inclusive.

That told us a couple of things. First, the book would need to be bigger. And second, we couldn’t include comics. At that point, we got more specific as to what we were going to include. We knew the backbone was going to be adult novels – and that would account for over 140 entries in the book. We wanted short stories as well, as they often tied into the novels. I know a lot of readers really love the Jude Watson books from Scholastic Inc., so we couldn’t exclude those, but we decided not to include books on the really young end of the literature section. So young adult books intended for ages 12 and up made the cut, but children’s books like Fuzzy as an Ewok or Watch Out, Jar Jar! would have to sit it out.

Books with variable stories (Choose Your Own Adventure types) were left out, as was fiction baked into game material – like many of the fiction sidebars in the old roleplaying game, or the Star Wars Adventures works. But in several cases, when notable, we gave some of this material a sidebar spotlight – the Jedi Prince series, The Farlander Papers and DarkStryder Campaign, for example, are works that weren’t afforded a formal entry, but still warranted some level of inclusion.

MN – Why the decision not to include comics in the Companion?

PH – Mostly it was space and time. One function of this book was to introduce new readers to the Expanded Universe, which meant keeping the book affordable was a priority. Including comics would have made this book very big, and perhaps very daunting for that segment of the audience. Also, Dark Horse did a great job with their Comics Companion, though that is several years out of date now.

MN – With Star Wars stories being added literally every week, where did you decide to draw the line in terms of additions to the guide? 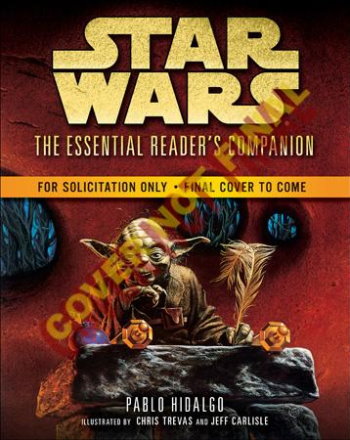 PH – When the book’s final release date was settled upon – October 2012 – we decided to aim to the end of 2012. Which means the book includes The Old Republic: Annihilation, “The Last Battle of Colonel Jace Malcom” and Scoundrels, even though they are just coming out, or will come out later this year. They were included even though those works weren’t finished yet, so the Companion has to be a bit vaguer on details in those instances.

Already, though, I know there’s a 2012 project coming out by year’s end that won’t be in the book – Tim Zahn’s “Winner Lose All” story that will be a digital exclusive

MN – Taking a step back and looking at the Star Wars literary chronology, do you notice big stylistic changes from stories written in different era’s? For example, a classic A New Hope story written in 1978 compared to one written in 2012?

PH – I was surprised by the paucity of classic era material. I mean, I knew it going in, but seeing it directly compared to the output in other eras was still surprising. That era is largely dominated by the comics. There are very few novels set around the classic trilogy, though Del Rey is working to add more to that era.

I have to admit, I have a very strong preference for the way the early EU reads, largely for nostalgia’s sake. But I admire the way authors like Brian Daley and L. Neil Smith had to be inventive, since they didn’t have a shelf full of essential guides to pluck from. So they had to create species, cultures and technology rather than use Rodians, Niktos, and Weequays all the time.

MN – Would your expectation be for there to be additions and updates to the Companion? For example, the frankly marvellous Essential Atlas had an online companion – would that be appropriate for the Essential Readers Companion?

PH – It’s too early to say, but I’d be open to it and Del Rey does a great job at listening to readers and seeing what people may be interested in. Let’s see how this book does and what kind of feedback it attracts.

MN – You certainly put a smile on my face when recently mentioning Jessa from the original Han Solo trilogy as being a character you wish we’d seen more of. Along that vein, what other characters would you like to see come back and what worlds do you feel we have not explored enough as yet?

PH – I wouldn’t mind reading about whatever became of Halla. Or reading about comics-originated characters Rik Duel, Dani and Chihdo in prose. I still think the Podracer pilots could be mined for some hilarious short stories. 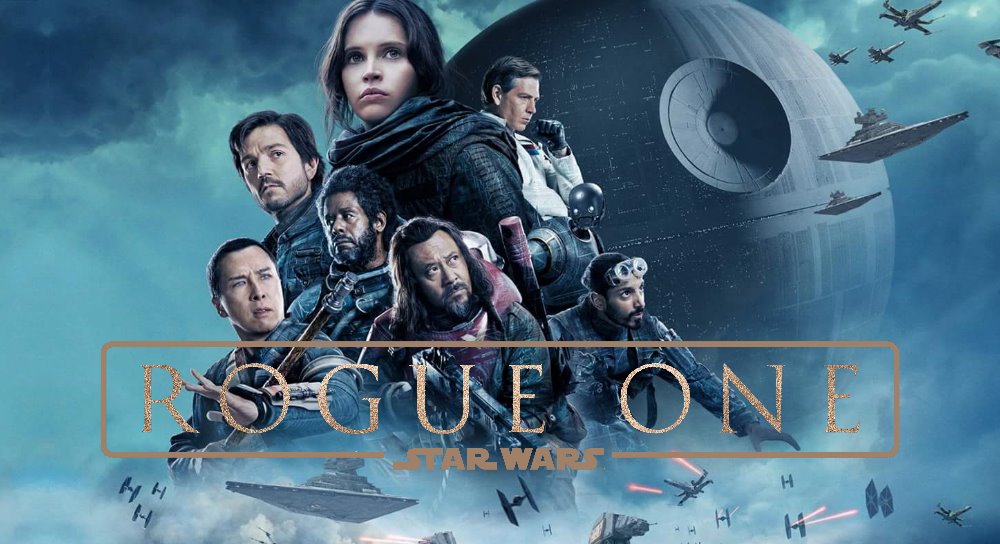 As a fan of the old West End Games roleplaying game, I think creating a new band of rookie Rebels undertaking special missions whose stories occasionally intersect with the main heroes would be great. The 501st have their Zahn “Hand of Judgment” books. Let’s give something for the Rebel Legion to rally behind.

MN – When was the idea of a readers companion first proposed?

PH – It predated my involvement, so I’m not sure. I saw it listed as The Essential Guide to Fiction as a planned title in an internal schedule some time in 2009. I was approached to write it in early 2010.

MN – You have been fortunate enough to have a bunch of amazing artists including Jeff Carlisle, Chris Trevas, Chris Scalf, Brian Rood, Darren Tan and Joe Corroney illustrate the Companion. Clearly this adds tremendous depth to the book, helping us visualise the various characters and worlds within, but did anything the artists produce surprise you? 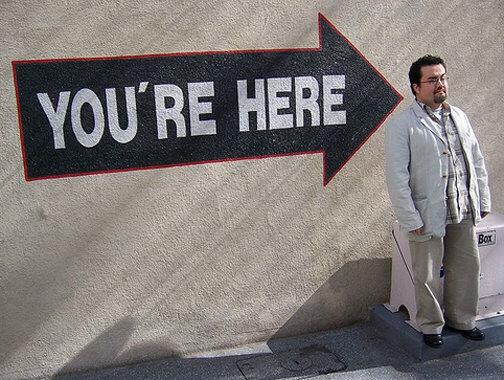 PH – The artists all really did a fantastic job. I wasn’t sure how the illustration that Chris Scalf did for Red Harvest would turn out – such a bizarre idea of a zombie riding around inside a zombie tauntaun. It looks great. I can picture the stop-motion jitteriness of the scene as if it’s from a mid-‘80s horror movie.

MN – Given you have only just finished the project, would the thought of a Essential Readers Companion sequel in a few years time fill you with dread or joy?

PH – I’d be happy if the book was deemed a success, but I say that willfully ignoring the idea of the work involved.

MN – Thanks for being our guest, we really appreciate it.

The Essential Reader's Companion (Star Wars) (Star Wars: Essential Guides)
$29.95
Buy on Amazon This is a paid link. Learn More. Clicking the link may take you to the Amazon store servicing your country Price incl. tax, excl. shipping.  Details correct as at: 2021-04-22 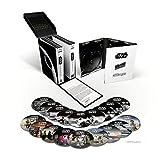