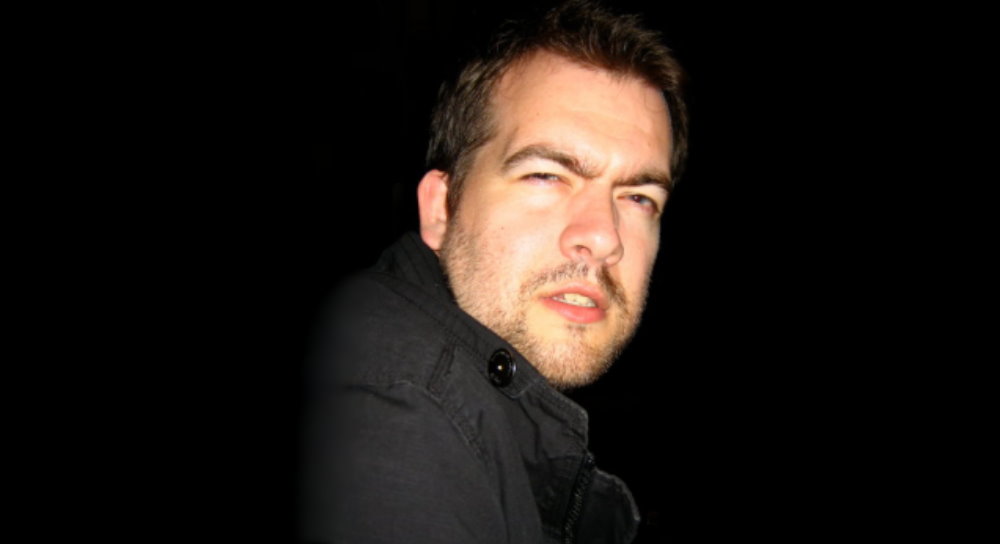 Between 1999 and 2009 Lightsabre.co.uk brought news, fanfic, podcasts and much, much more to the masses. Our one hundred and forty-seventh guest was editor of Star Wars Insider magazine – Jonathan Wilkins. 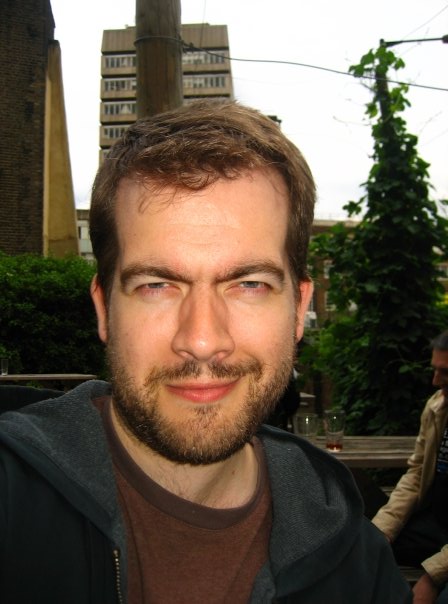 JW – It’s great to be here! Thank you for inviting me.

Lightsabre – Once the galaxy far, far away gets its tractor beam locked on there’s no escape. What was the moment that had you entranced by Star Wars?

JW – Probably when I was at school at the age of four or five and everyone had these toys of strange little characters from this movie called The Empire Strikes Back. I remember being intrigued by this little green fellow with a snake around his neck, who as I later discovered, was called Yoda! Come my birthday that year, I was the proud owner of the Millennium Falcon, an AT-AT Driver and various other figures.

Lightsabre – You’ve edited the Star Wars Insider since issue 107 and written for the magazine for a number of years prior to that. What were your feelings as that first issue was handed to you and you browsed through the magazine?

JW – I was very pleased to be given the chance to make a small contribution to such a huge legacy. I was also looking for errors and flaws and vowing never to make them again!

Lightsabre – The Clone Wars has been huge this last 12 months and fans now look forward to their weekly dose of the Force. How does the Insider manage to keep on top of all The Clone Wars action when there are episodes, webisodes, comic strips, novels and comics to cover? 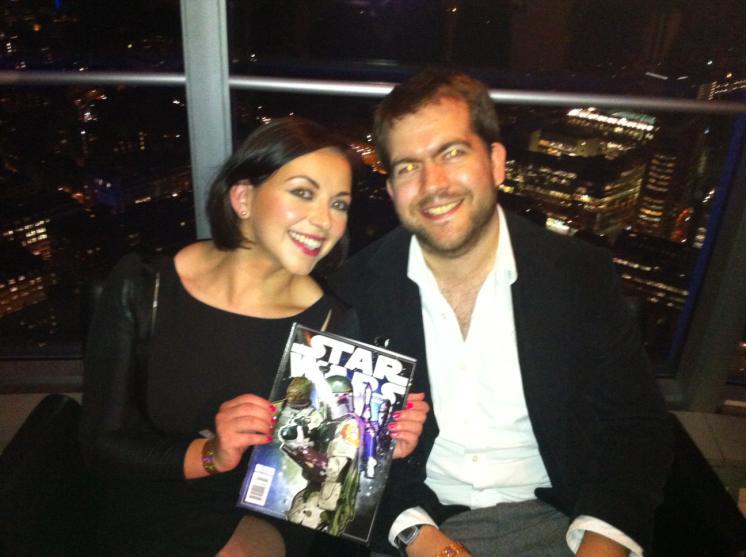 JW – It’s not easy! Luckily we have a team of amazing writers who look after the various departments so hopefully we manage to keep on top of things. Write in if you feel we are missing something though, the magazine is produced with all fans in mind.

Lightsabre – Which of the seven – or nine if you’re in Europe and count Caravan of Courage and Battle For Endor – big screen adventures is your favourite?

JW – I’m tempted to say Caravan of Courage having recently held an Ewok night at my apartment! The real answer is that I love A New Hope. It’s so fresh and fun and my Dad loves it. I can’t disagree with him!

Lightsabre – Since issue 93, the Insider has been with Titan. What do you think Titan add to the legacy of the Insider, above and beyond what anyone has been able to do previously? 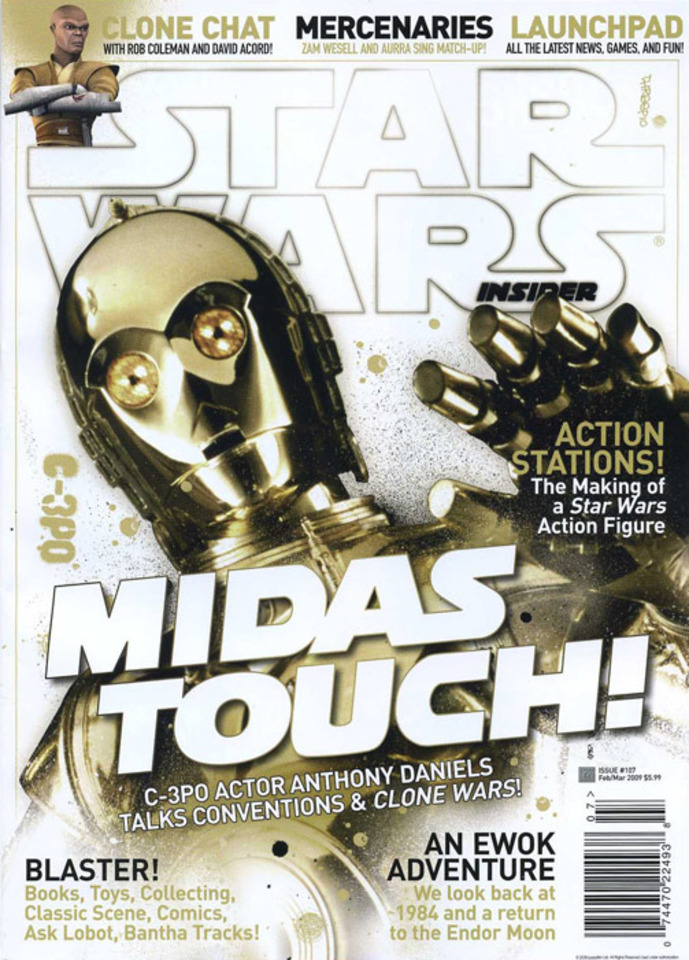 JW – I’m not so sure about above and beyond as I think the magazine has always successfully catered for the fans. We have been lucky enough to be custodians of this title during very important times for the saga: The 30th anniversary, the debut of The Force Unleashed and Star Wars: The Clone Wars. I hope our readers have enjoyed our coverage of these events and will enjoy all the exciting stuff to come…

Lightsabre – Fronting the magazine as editor you are filling some big shoes, most notably those of Bantha Tracks editor Maureen Garrett. What do you feel are your prime responsibilities as editor of the Insider?

JW – There are so many subsections of fans within the saga, from the OT die-hards, to the fans of the EU and so forth. In recent times, there have been an awful lot of new fans introduced to the saga thanks to Star Wars: The Clone Wars, which is great. It’s my job to make sure all those people get something each issue.

Lightsabre – In order to produce a magazine in the Star Wars arena you have regular contact with Lucasfilm. How much latitude do LFL give Titan in organizing the magazine, given Titans stellar reputation in licensed publications?

JW – I’m very lucky in that Lucasfilm could not be better to work with. Everything we print is looked over by Frank Parisi, who was a former editor of the magazine and brings a wealth of experience and ideas. We are also under the watchful eye of Steve Sansweet who somehow finds the time to make an active, and crucial contribution to the magazine.

Almost everyday there is a steady stream of ideas flying back and forth over the Atlantic. 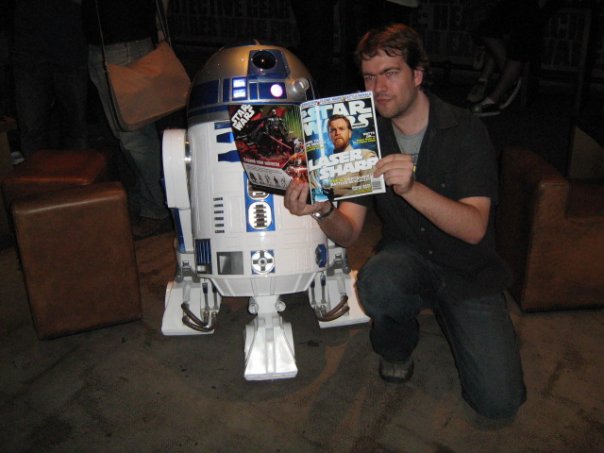 Lightsabre – If you had to pick one Star Wars character to be stuck in a lift with, who would it be?

Lightsabre – You also had the good fortune to be editor of the criminally short-lived Indiana Jones Magazine. With Star Wars flying higher than ever and Indy returning it must have been a wonderful time to be so intrinsically involved with LFL?

JW – It is, although I suspect that it’s always a good time to be involved with Lucasfilm!

Lightsabre – Most magazines barely make their deadline with final touches being added right up to publication. Do you get plenty of time to write your introduction piece each month, or is that also a last minute addition?

JW – It’s usually the first thing I write weirdly enough. We are always up against the clock, which can be terrifying but is mostly exciting. 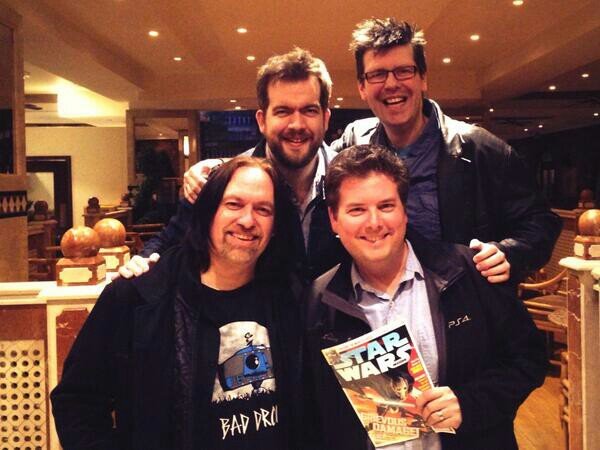 Lightsabre – Other than Star Wars – if there is such a thing – do you have any other burning ambitions in the publishing world, or elsewhere?

JW – There are things other than Star Wars? At the moment, I’m pretty happy where I am, but who knows what the future will bring…

Lightsabre – It’s been a great interview, and thanks for being our guest on Lightsabre. Just one final question. George Lucas calls you on your mobile phone while you are queuing for a stick of candy floss at a fair. He wants you to organize a special magazine based on the life and times of Jar Jar Binks, and wants it on the stands within the week. You thank him politely and then hold your head in agony as the realization hits – a week? Who’s going to write it?

This interview was originally posted on lightsabre.co.uk on 11th October 2009.