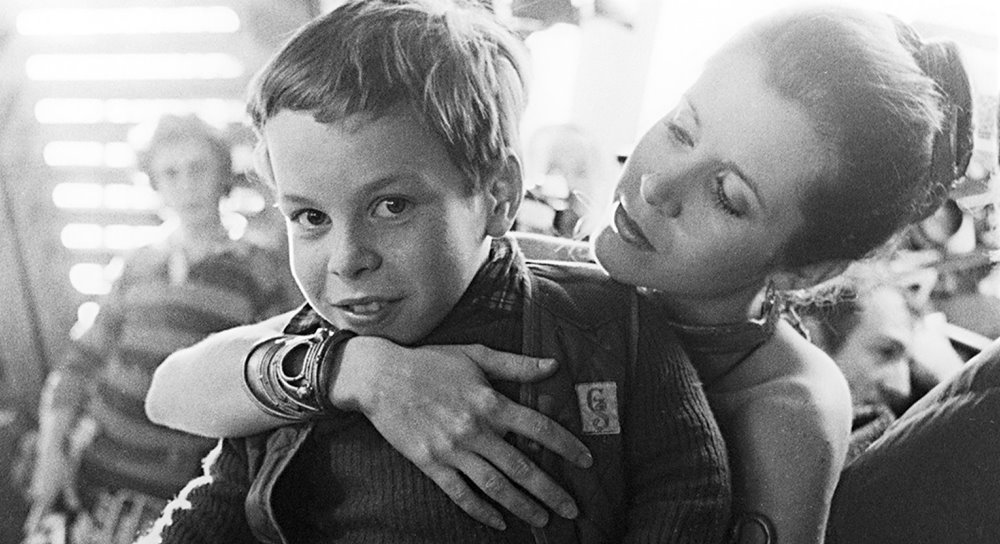 He’s one of the few actors who’s work has spanned the three trilogies – joining lead saga performers Anthony Daniels, Ian McDiarmid and the late Peter Mayhew and Kenny Baker –  and speaking with The Metro, Warwick Davis reminisced about his most memorable Star Wars moments. ‘I first met them when I was 11. Carrie, Mark Hamill and Harrison Ford were my heroes at that age. ‘I had trouble differentiating between them as the actors and their characters, so Harrison Ford was always Han Solo and Carrie was always Princess Leia, and I couldn’t see them any other way.’

‘She was such a lovely lady, it’s so sad she’s no longer with us. I enjoyed working with her and she was so lovely to me when I was in my Ewok costume.

‘She was very worried about me getting too hot. And every time I took the character’s head off, so I could get some air, she would be there with some chocolate milk and a cookie to kind of revive me. ‘Not that I needed reviving, but I certainly enjoyed the chocolate milk and the cookie!’

Stepping forward to the present day, Warwick has great memories of filming The Force Awakens.

‘I remember a moment on Force Awakens when I was in my character head so I couldn’t see very much through all of the animatronics and stuff.

‘And I was like wow, you know, thinking in my head it’s really happening again, we’re embarking on the trilogy of Star Wars here with the Force Awakens.’

For more from Warwick check out our recent two-part interview in Star Wars Insider where he discusses his original trilogy, Ewok movies, prequel and sequel trilogy memories.