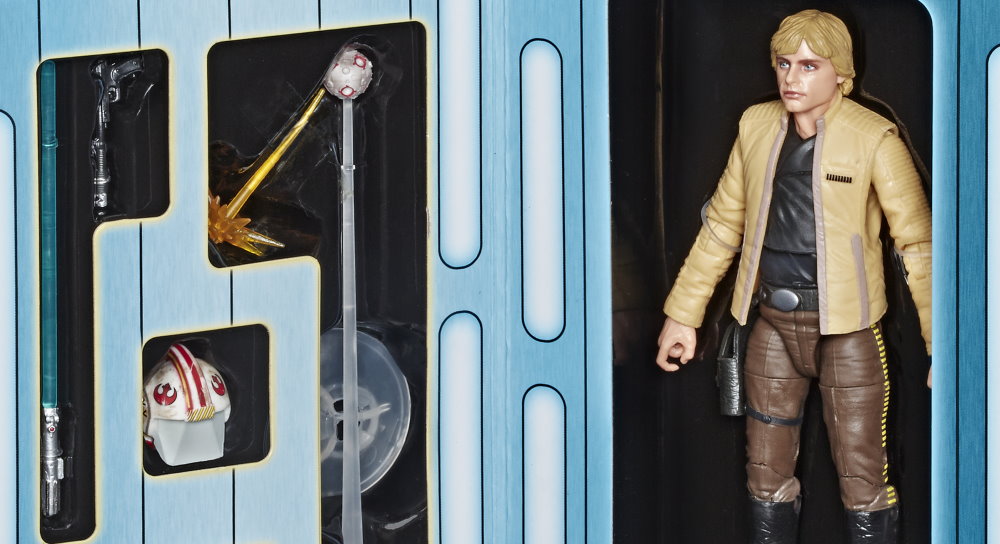 This magnificent figure will be available to fans at select conventions in the U.K. and Europe, starting with Berlin Comic-Con in Germany.

Fans can imagine action-packed Star Wars scenes with this collectible 6-inch Luke Skywalker action figure and accessories. This Luke Skywalker figure in his Yavin Ceremony outfit features realistic design and detail inspired by the Star Wars comics. Multiple points of articulation make the figure highly poseable for play and display. Includes a Lightsaber, helmet, blaster, training remote, and more accessories. Limited quantities of this item may be available at other select conventions in South America, Australia, and Europe and online following the conventions. This item will also be available at select retailers in Asia and North America beginning November 4, 2019.

As announced Hasbro won’t be selling this themselves at MCM Comic Con, but we’ve just had it confirmed that In Demand Toys will be retailing this and other Hasbro exclusives at the show. The set will retail for £40.00.

The Force Awakens: The Black Series Rey’s Speeder (Jakku) and Figure: £25.99 on Amazon.com

Hasbro Pulse: Behind the Reinvention of The Black Series