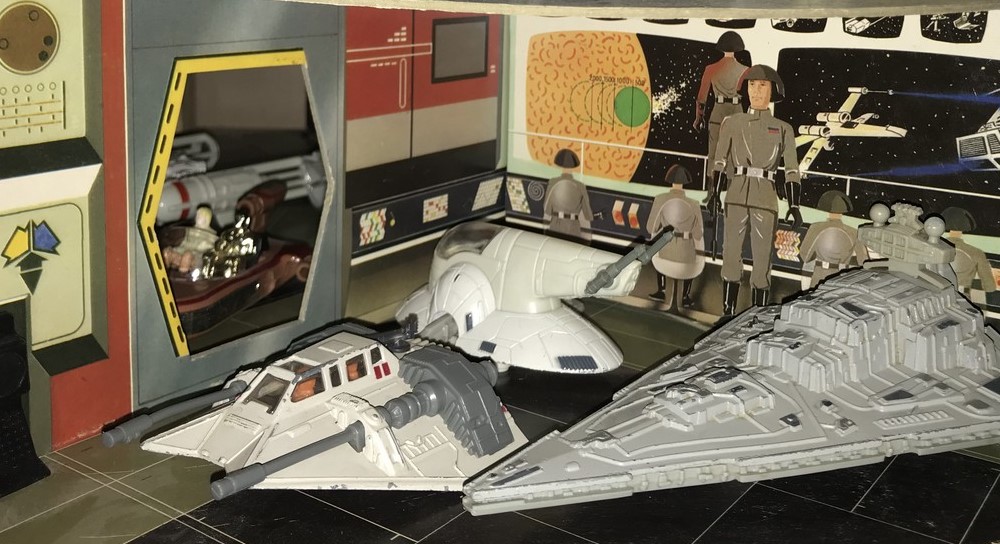 Star Wars collectors tend to want to collect the figures and ships we had as children.  Luke Skywalker, Darth Vader, Yoda, X-Wing Fighter, Millennium Falcon and AT-ST are typical.  However, you quickly realise that you have a limited amount of space to display these huge vehicles and ships correctly and that soaring prices can be difficult to justify. Rather than give up on the concept have you thought about collecting diecast ships?

The diecast range appeared in stores in the US in 1978 with the first wave incorporating the Landspeeder, X-Wing, TIE Fighter and Darth Vader’s TIE Fighter.  Although carded examples of each of these can be expensive, loose prices for all 4 should be around £25 in decent condition.  Of the first four released Landspeeder windshields and X-Wing guns are most frequently missing. 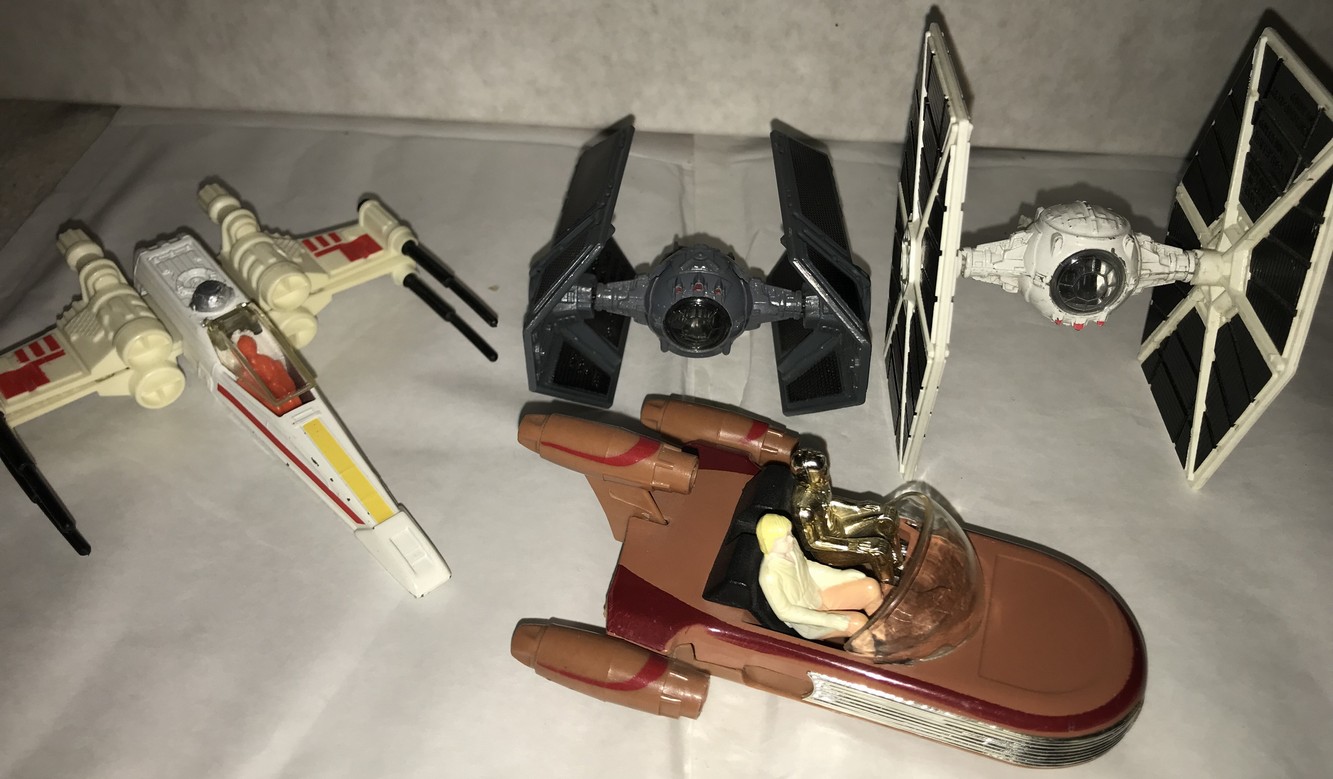 Already from these ships we see a few little oddities in the range.  Look closely at the X-Wing: 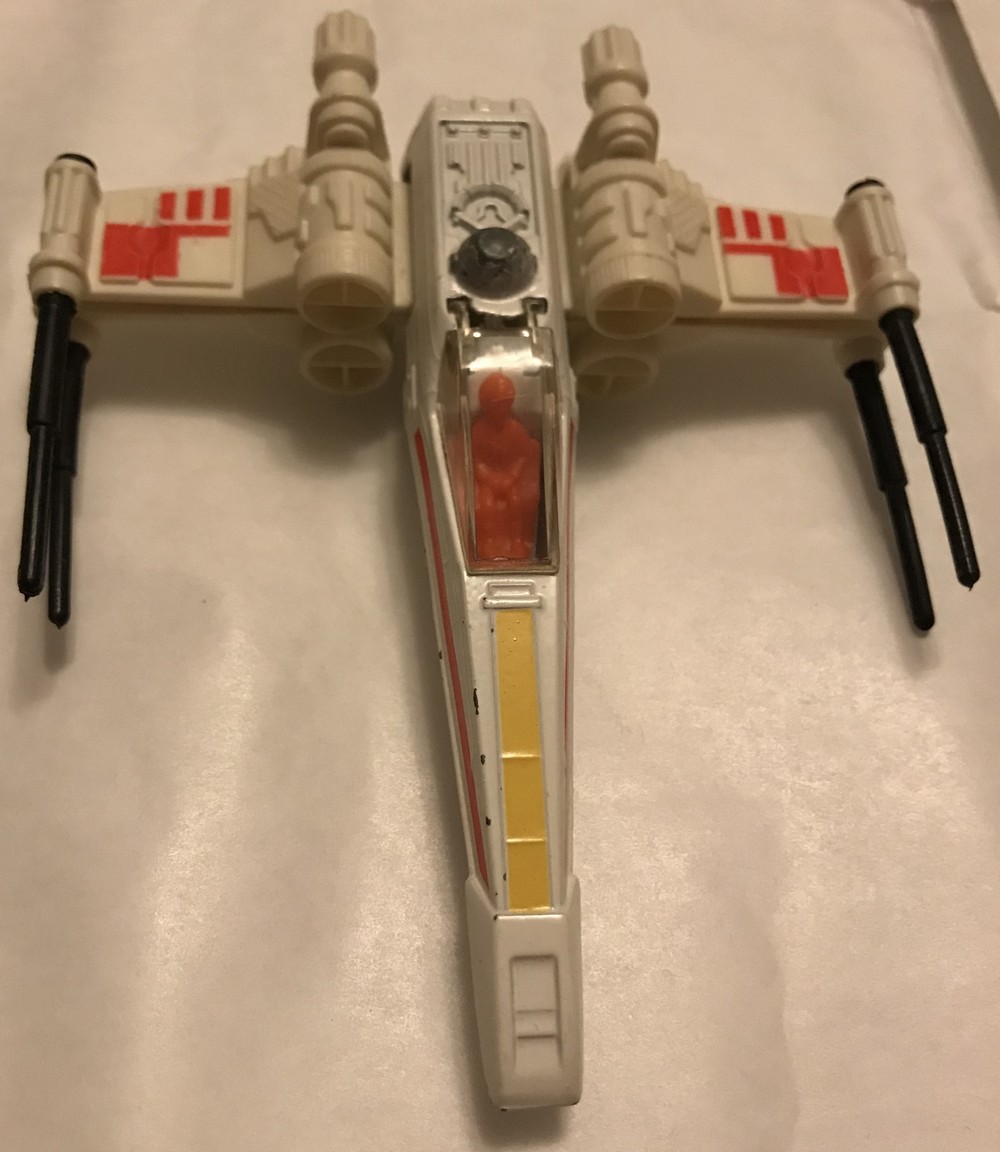 This is not Red 5, or Luke Skywalker as he is better known.  It is in fact Red 3, also known as Biggs Darklighter and if you wanted to be a Biggs Focus Collector then as far as vintage Star Wars is concerned your collection is complete!

Look closely at the TIE Fighter: 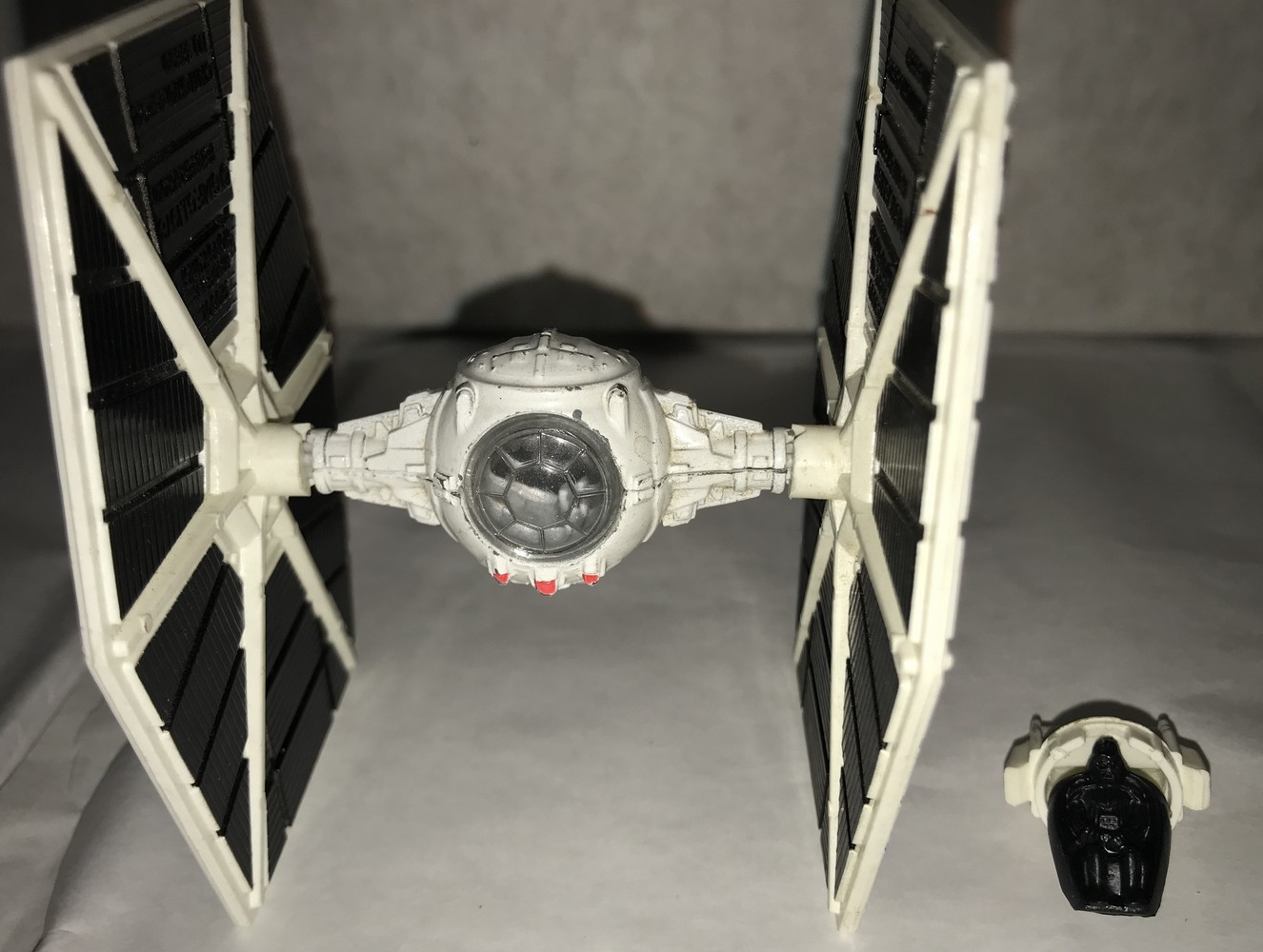 Despite having his own ship Darth Vader can be seen piloting this one too! 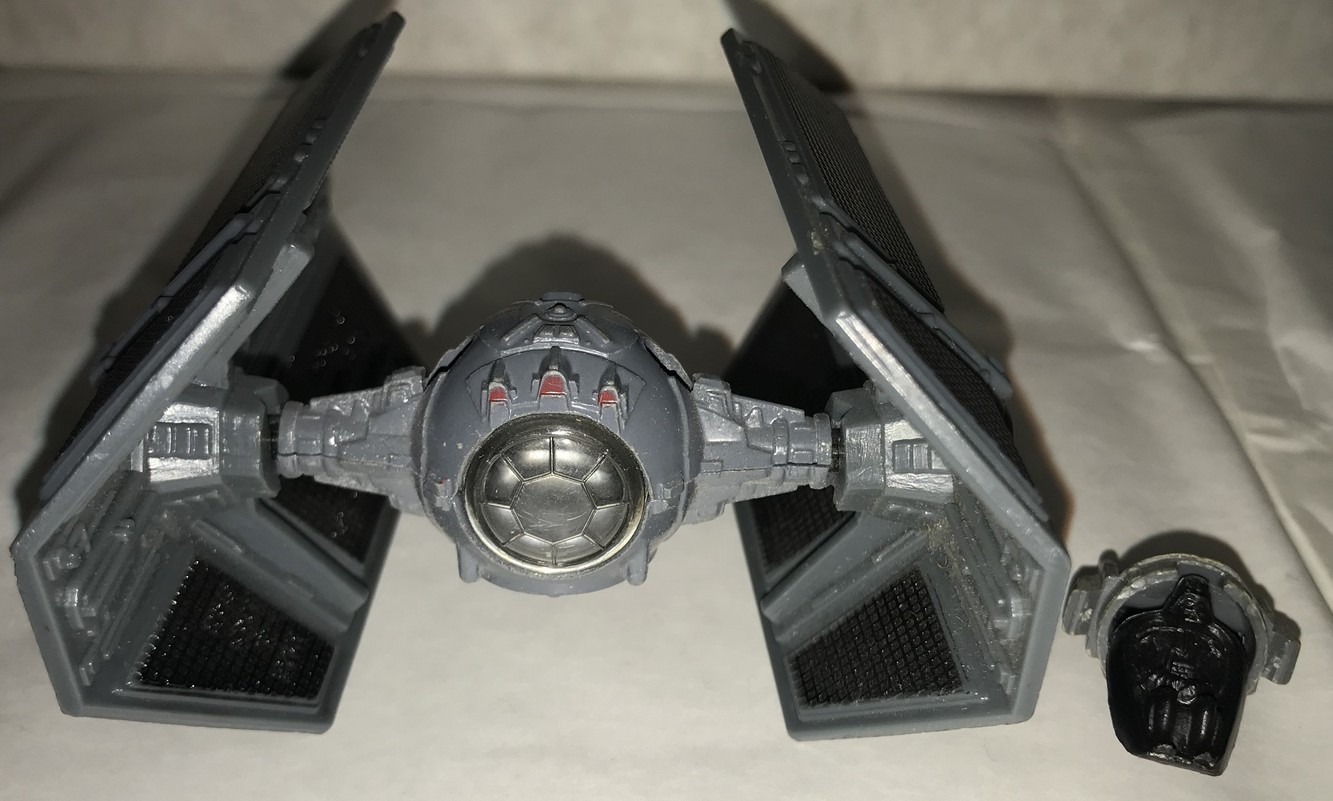 Moving onto the second wave we were greeted with the Millennium Falcon, Y-Wing, Imperial Cruiser and a Tie Bomber.  As these ships are larger and heavier than the first wave as production switched to a box design. 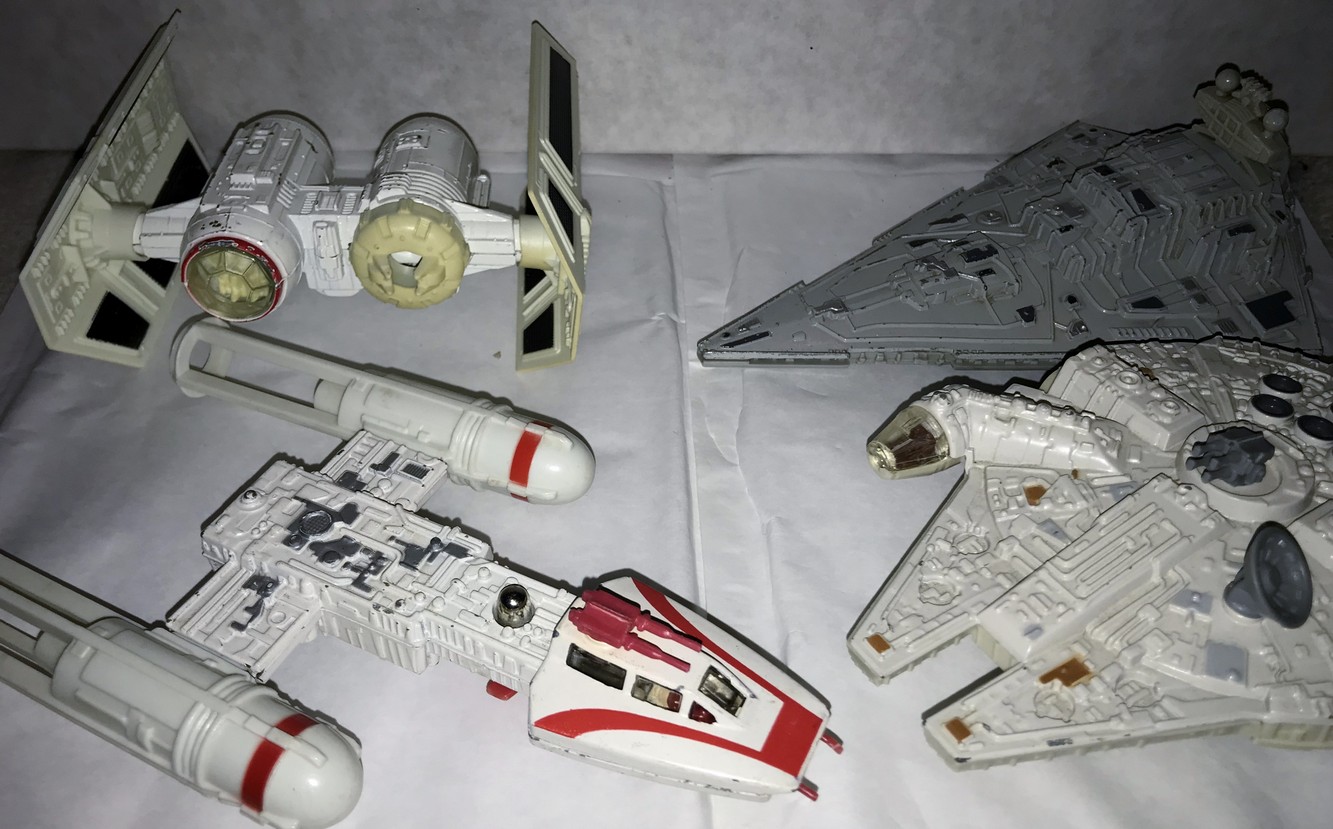 Again, small quirks and neat features were added such as the Tantive IV. 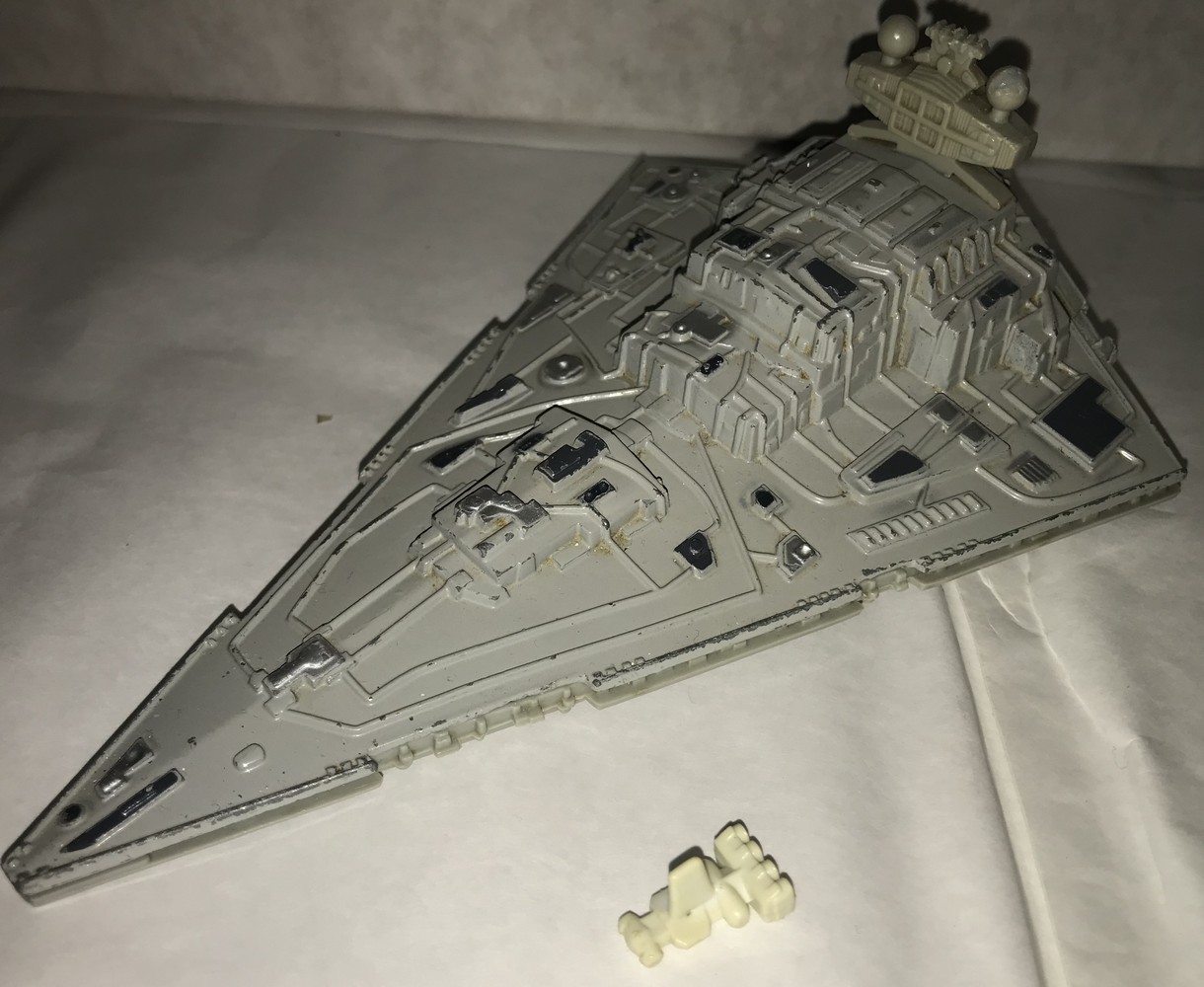 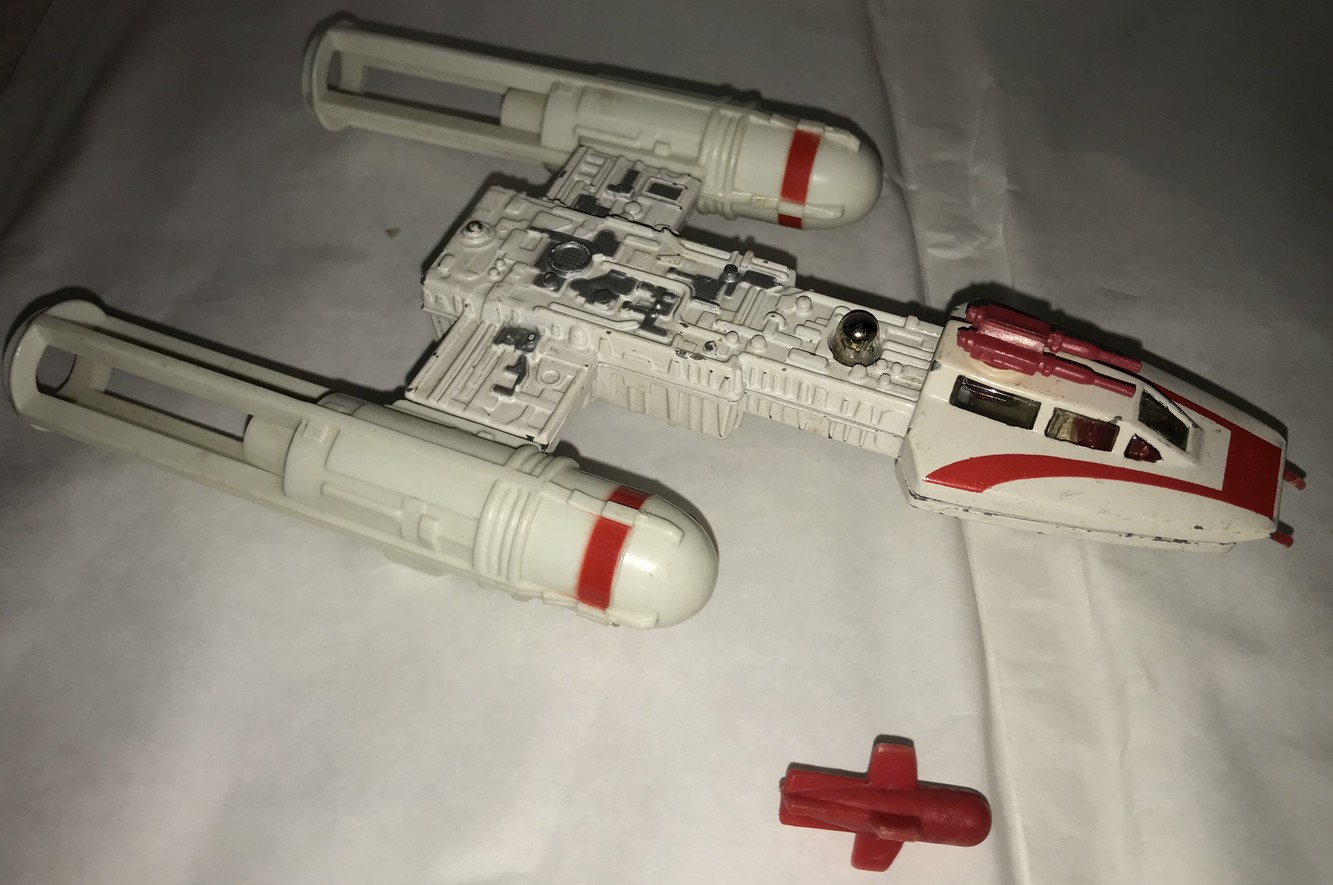 Along with the Millennium Falcon these should be readily available for around the £30 mark with a complete Y-Wing with bomb fetching more.  Both were incidentally referred to as ships belonging to the Empire on the boxes!

However, the fourth ship is incredibly expensive and not easy to acquire in any condition.  We still don’t fully know the details of the TIE Bomber.  Is it a store exclusive?  We know it was a limited run, but how many of these were made?  It is an incredibly beautiful item and as Kenner never made a plastic toy TIE Bomber it is popular among collectors.  Expect to pay £300 or more for a nice version although most of these have yellowed over the years.  Again, here we have a little oddity.  Who would pilot the TIE Bomber?  A TIE Fighter Pilot?  Darth Vader again? After all, he piloted the TIE Fighter above.  No! The answer is none other than: 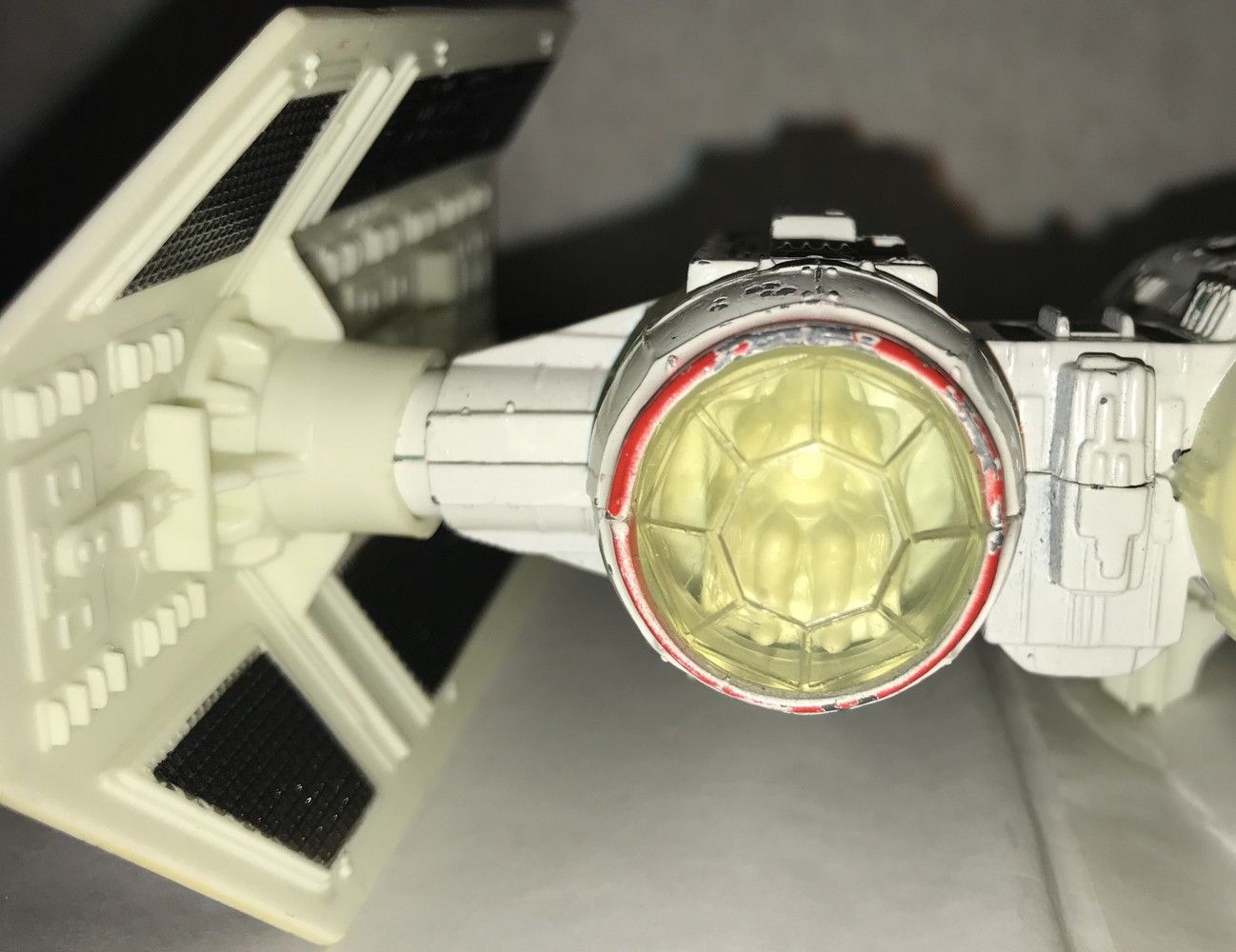 The Imperial Hoth Stormtrooper.  Makes perfect sense if you don’t think too hard about it.

Finally, Kenner returned to carded ships with the third and final wave which feature Slave One, Cloud Car and Snowspeeder.  All of these are easily available and around the £25 price point.  None of these ships in my opinion are particularly exciting but at least Boba Fett is piloting his ship and somebody wearing orange (would you bet on it being Luke and Dak based on the above information?  I wouldn’t) is inside the cockpit.

All in all these are a very cool set of detailed, quality ships.  With the exception of the Tie Bomber, they are cheap and readily available.  Just make sure to buy complete as you will never find the loose parts alone.  I display mine in the hanger of the Palitoy Death Star where they are just waiting to burst into action. 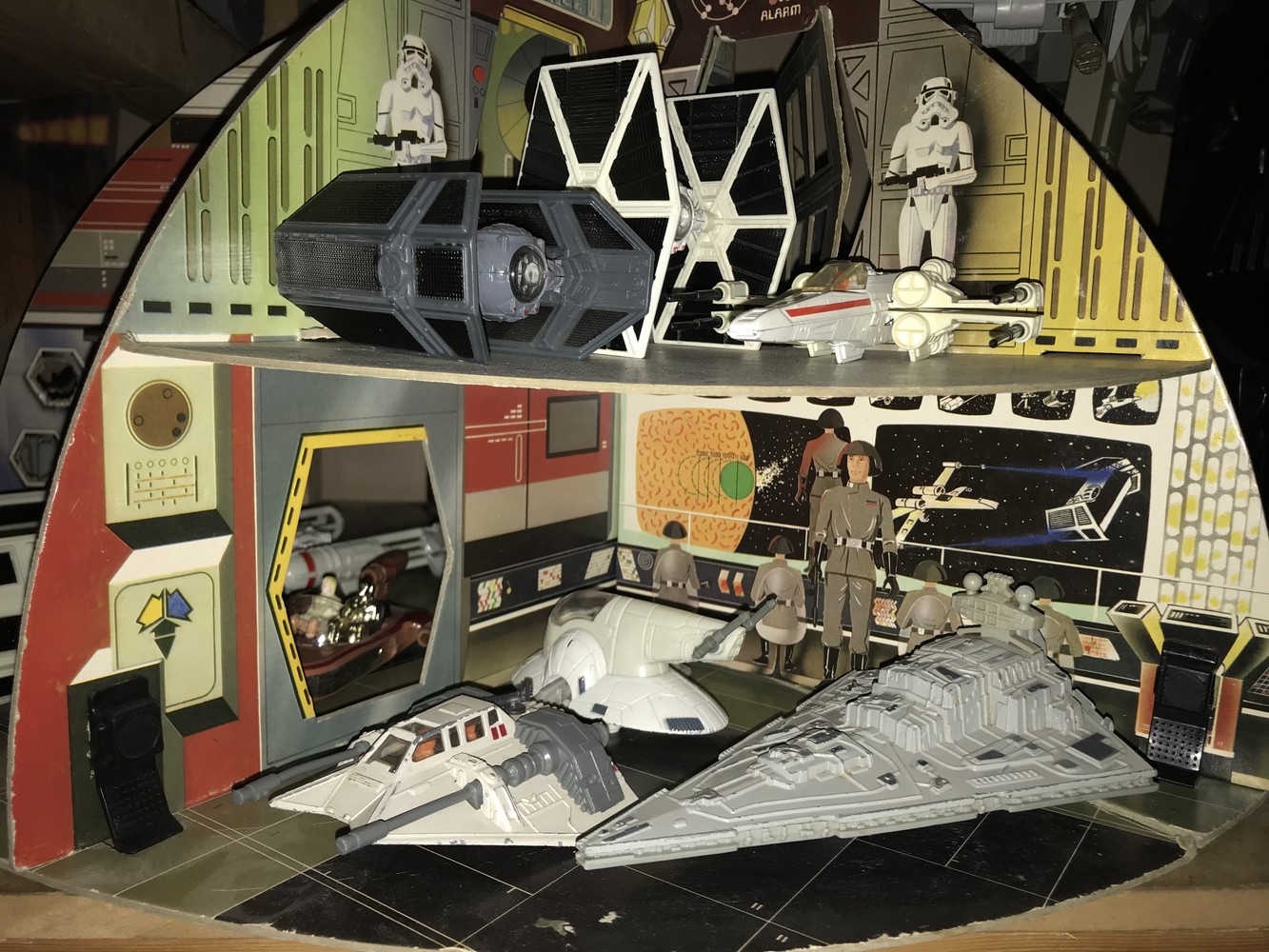 Due to lack of popularity, the diecast line was cancelled after The Empire Strikes Back wave and production ceased in 1980.  For those interested in a deeper discussion on the diecast range, or perhaps to look at carded or pre-production items, then check out Andy Norton’s fantastic website at www.vintagestarwarsdiecast.co.uk