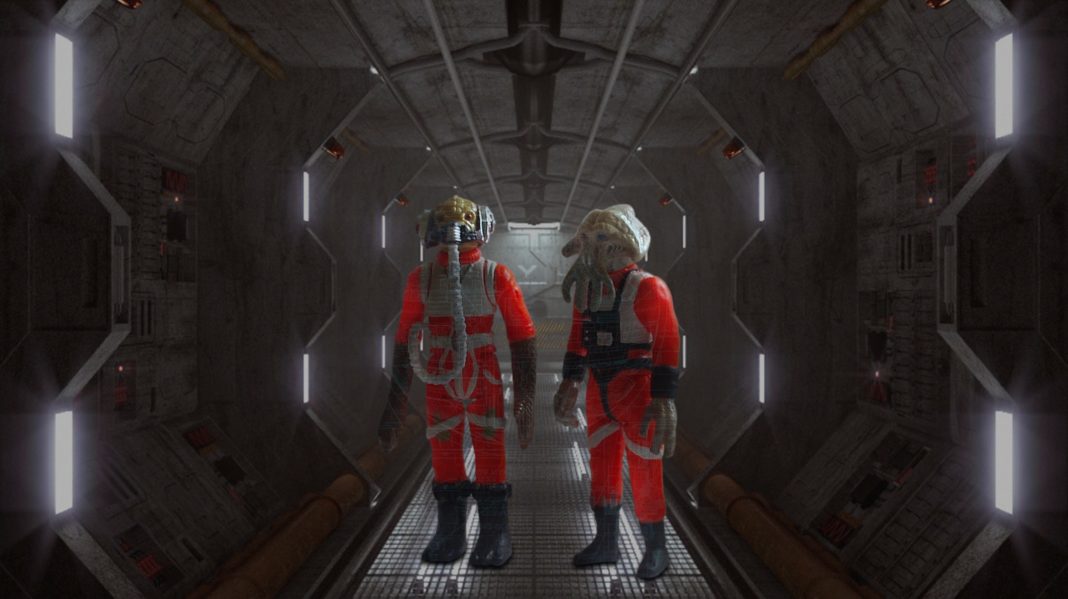 If you’ve read any of my other customising articles, you’ll know that I would never customise a vintage figure without first considering if it could be rescued through replacing or repairing parts.

As was the instance when I sourced a spare donor arm from my fodder box for one of my friends, Grant Allan, who owned a one and a half armed, but otherwise mint, 2-1B  Medical Droid.  The replacement arm was fitted using a pair of pin pliers, hairdryer and more time than first planned, but was worth the patience when completed.

Sadly however, not all vintage figures enjoy such a short journey towards their own happy ending.

Some figures come into my possession in a terrible condition, but are never consigned to the bin.  While they may reside within my spare parts for a while, these vintage heroes are deserving customising subjects and will re-emerge when inspiration takes hold.

I had three such vintage figures which had been with me for some time while puzzling over their fate: 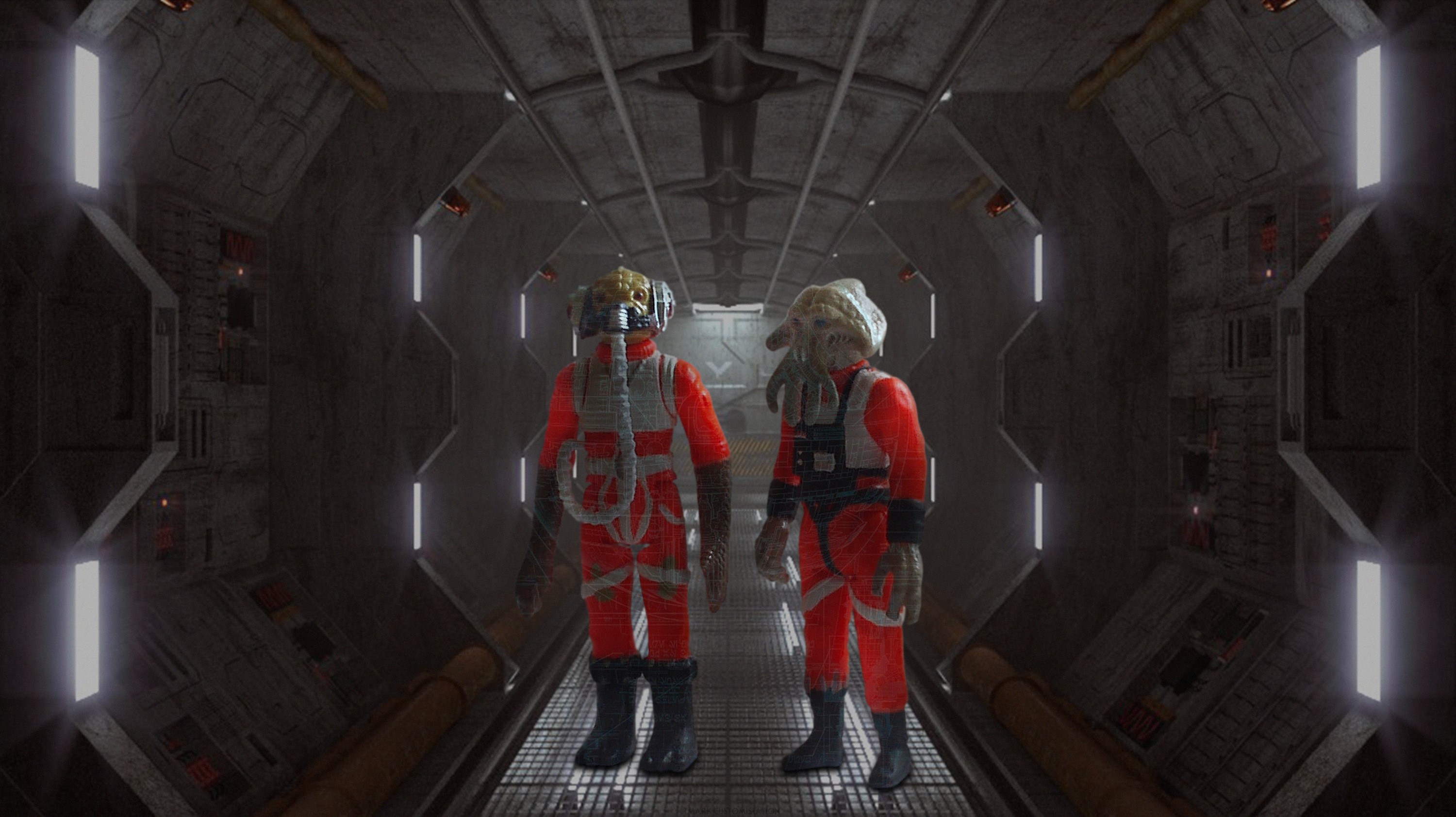 Customising inspiration for these figures was drawn from my enjoyment of Michael A. Stackpole’s wonderful Rogue Squadron, which featured alien pilots within the Rebel ranks.  Not so unusual these days as seen within the latest live action trilogy and animated Rebels show.

Before Rogue Squadron however, our experience of alien pilots was limited to ROTJ Nien Nunb’s co-piloting the Millennium Falcon supported by fleeting glimpses of his Sullustan brethren, B-Wing pilot Ten Numb.  There was a further alien pilot in ROTJ, a Calamari B-Wing pilot, sadly however his scene was cut from the final film.

Whilst the Imperial Forces practised human exclusivity with rare exception, for an oppressed Galaxy and stakes high for all races, an alien presence would be evident across the Rebellion’s personnel.

Onto customising the figures, as hinted already, this trio would become vintage alien pilots.

Bossk required the most work, beginning with dapping superglue into his cracked torso with an elastic band placed around his body frame for a few minutes to maintain pressure pulling the torso parts tightly together.  There was still the torso’s cracked weld to contend with, which was tackled by brushing on a small dose of cement glue, melting the parts together creating a new but primitive weld.  The torso was left to dry before returning to his freshly bonded join, filling with two part epoxy putty and while the putty was out and mixed, excess was used to bolster and re-form Bossk’s damaged digits.  The figure was left while the putty cured, followed by smoothing down with a fine abrasive paper.

Infamous for his apparent manners, Bossk wears no boots whilst aboard an Imperial Star Destroyer.  However his re-invented rebel pilot guise was going to be sporting boots.  To achieve this, I sanded down his foot scales until smooth then painted matt black acrylic, with some silver paint for his boot flares.   His yellow space suit was then painted in an illuminous orange acrylic, with white accessories in true rebel pilot style.  I had considered using an Anakin space helmet, however uncovered a B-Wing pilot helmet with tubing.  While Bossk was now adorned with X-Wing pilot colours, I liked the look of this B-Wing helmet.  The helmet was fitted and remains removable, a hole was pin drilled into his hardened torso which houses the tubing when kitted.

Moving jointly onto Luke Pilot and Tessek, these two figures would merge into one forming a Quarren rebel pilot.  Both Luke and Tessek’s arms were removed using the hairdryer method, a process which is used to heat legs and arms, which are softer plastic than the hardened torso.  This involves heating the parts to a manipulative state then patiently working them out of or into sockets.  I used to employ the boiled water method but found this a much slower process.

Tessek’s arms were placed into the Luke Pilot body, head mounted and then painted with acrylic paint colours consistent with Bossk.