STAR WARS NEWS IN A SINGLE FILE
Search
Home News Collecting How to own a rocket firing Boba Fett for $365,000 — plus... 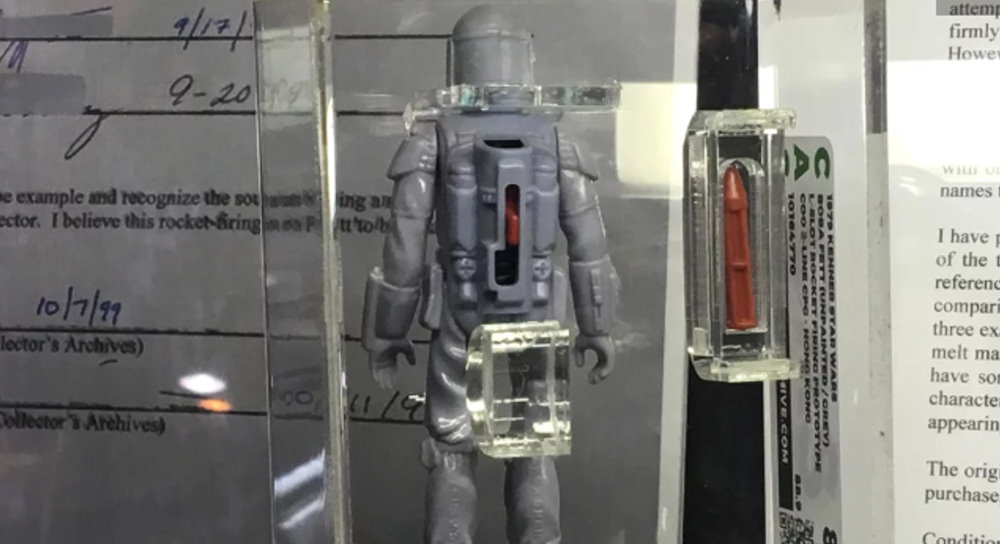 Celebration Chicago had some awesome collectibles for sale. Millennium Falcon tape, Luke and rancor tiki jugs and this, a rocket firing Boba Fett for a trifling $365,000, plus tax. EW took a look at this very special Celebration guest, and why it’s so valuable. 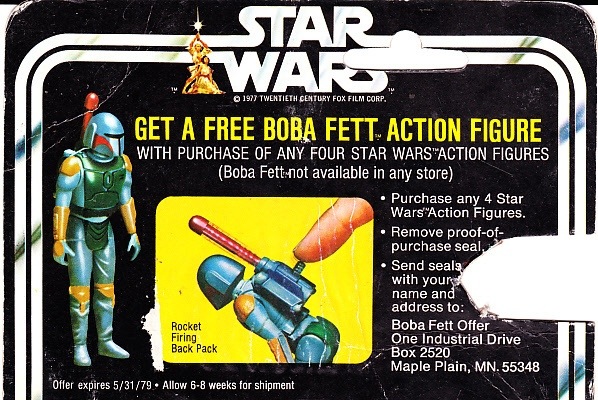 For perspective, Entertainment Weekly got in touch with Steve Sansweet, who for 15 years, until retiring in 2011, was Lucasfilm’s fan ambassador and director of content management. Now he runs Rancho Obi-Wan, a museum in Petaluma, Calif., which is the world’s single largest collection of Star Wars memorabilia.

“I about spit out my breakfast when I read your email,” Sansweet said in a phone interview. “Geez, this price just blows my mind. Although the prices in auctions of Star Wars memorabilia, especially props [from the movies,] have gone crazy in the last couple years. So this is in line with that.”

“Brian is a legitimate guy,” said Sansweet. “He knows the high-end collector market. He may have some idea there are two or three collectors out there who have a lot of money and are desperate for a rocket set, but as you point out, in many markets in this country, that’s the price of a house. You could buy a couple of high-end Teslas!”

“If it were up at auction, do I think it would go that high? I would tend to doubt it,” Sansweet said.