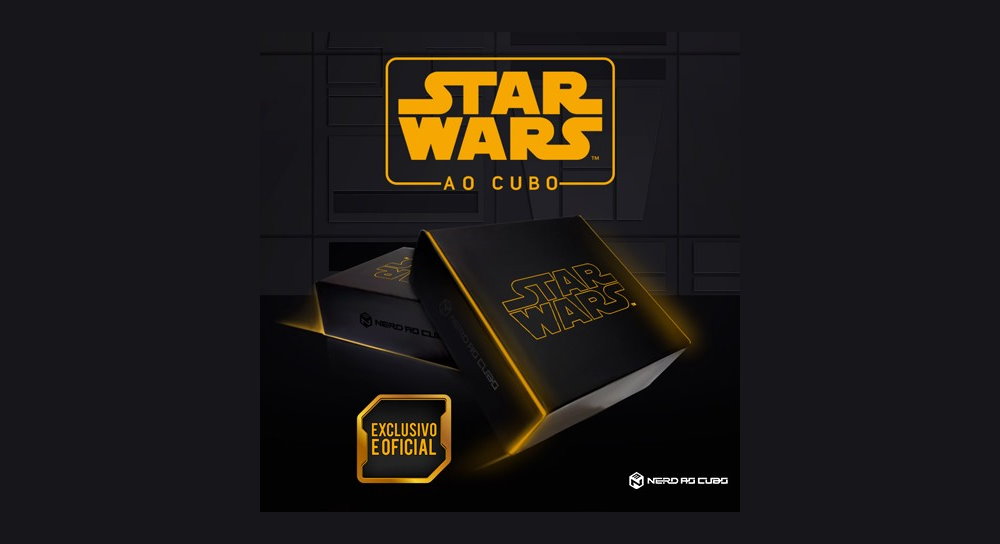 The “Nerd ao Cubo“, a Brazilian company that offers its subscribers customized and curated boxes of the most coveted items in the nerd culture, announces the launch of a special club for its subscribers, focused entirely on the Star Wars film universe. Between May and December this year, the Lucasfilm film series offered three special boxes, featuring custom look and special items for those looking to broaden their personal portfolio of franchise items created by George Lucas.

According to Diogo Santos, founding partner of “Nerd ao Cubo” and commercial director of Webedia Shopping Services, the action seeks to celebrate the appreciation that the company’s community of followers and subscribers have for Star Wars, which, according to him, exceeded all limits, being a product of the classic nerd culture that hit the mainstream media and never came out.

“When you talk about ‘Star Wars’, there’s no one who doesn’t know what it’s all about. Even the most layman can recognize what the Jedi are or even point and say ‘This is Darth Vader’. This recognition proves that the franchise has crossed any frontier, becoming a universal product for all audiences.” 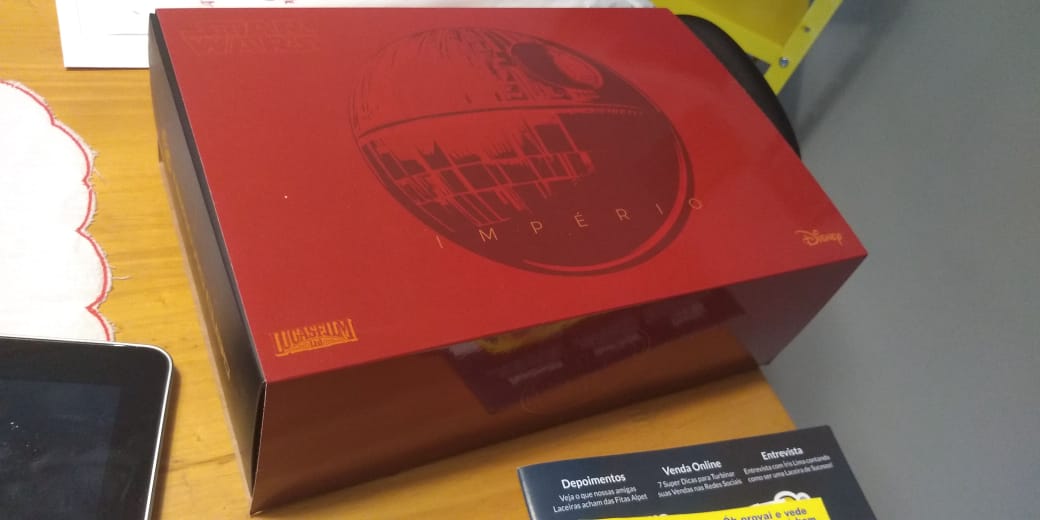 The mention of the franchise’s classic villain is no wonder: Diogo informs that the first special box will be themed entirely around one of the biggest antagonists of the geek culture: hates spoilers. But we made sure that everything there was developed by “Nerd Ao Cubo” own team of curators, keeping in mind the keen taste of our fans. ”The Star Wars special club opened its sales in May, with bimonthly distribution, the box dedicated to the Empire and Darth Vader has up to six products starting at R$ 139.90 (reais) per cube. To learn more, visit www.nerdaocubo.com.br.

And want to know if this box is worth it, I can tell you yes, come with me I’ll show you. 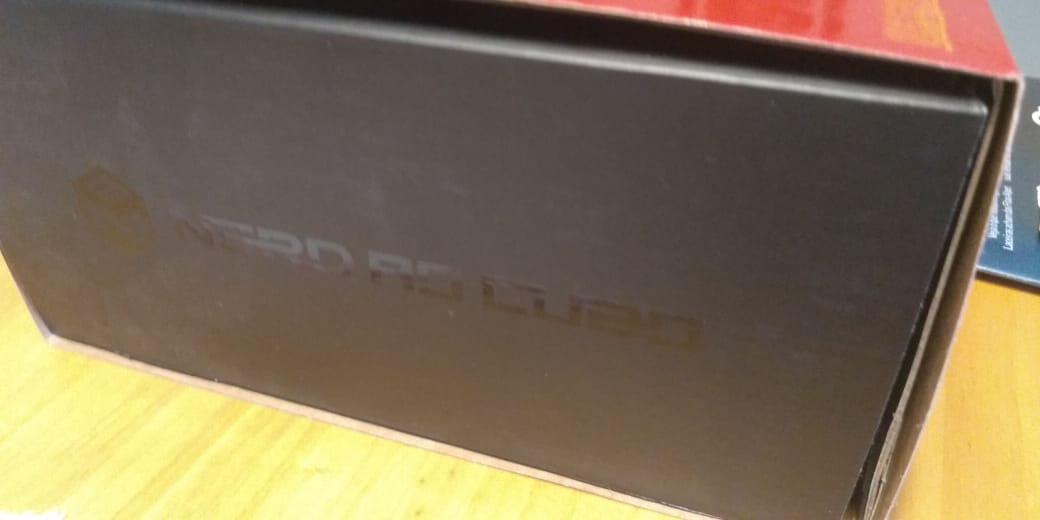 This is the look of the box, which is already beautiful in itself, and the items inside are worth the amount charged by Brazilian standards: 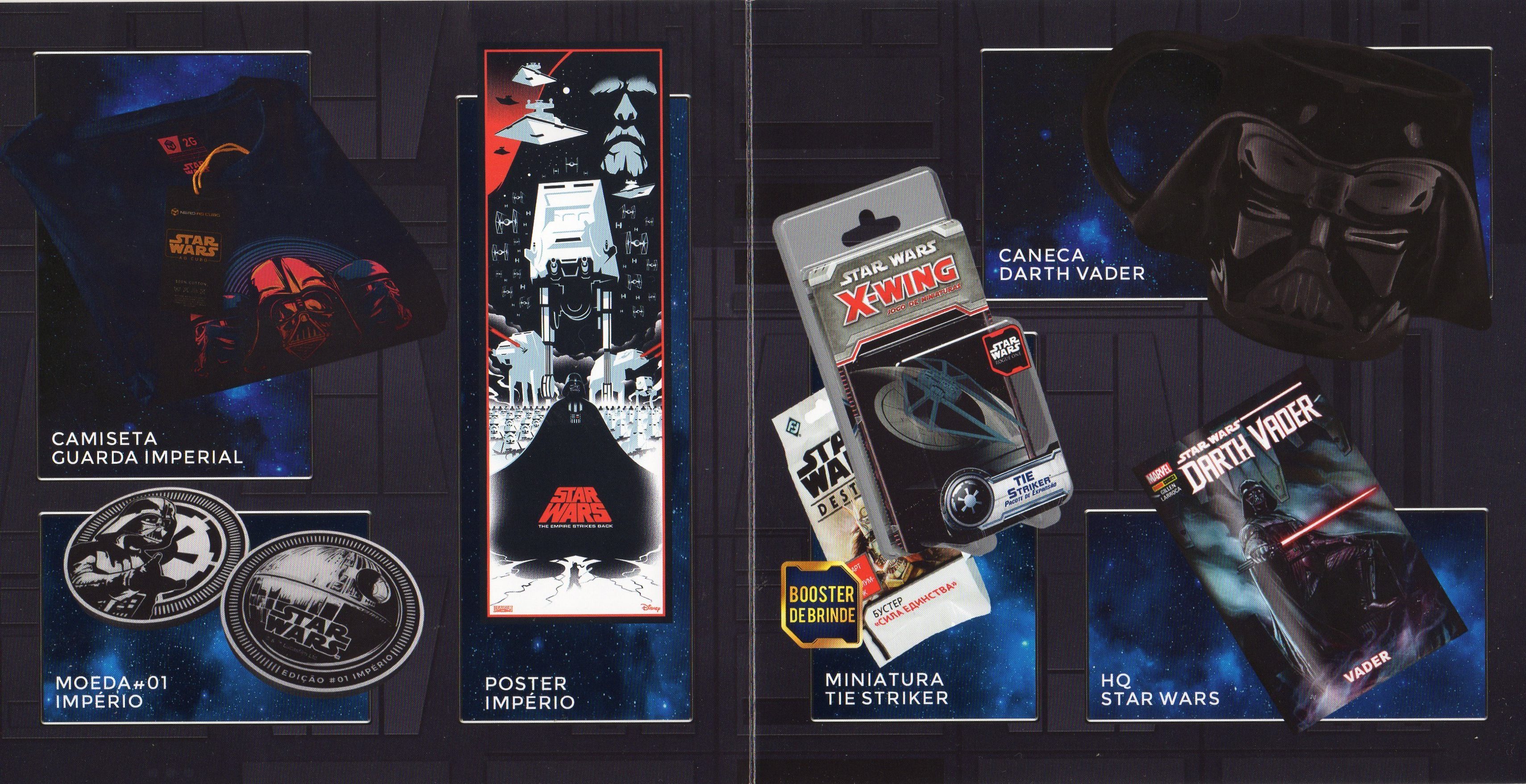 How about seeing some images of the items:

As I said folks, if you live here in Brazil, it is really worth the investment in the box, the products are first rate and very cool to add to the collection.

Darth Vader helmet from The Empire Strikes Back could reach £360,000 at auction

I’m a Barbie Girl In A Star Wars World!

Darth Vader and cursing your sudden but inevitable betrayal

Star Wars in the Brazilian Carnival