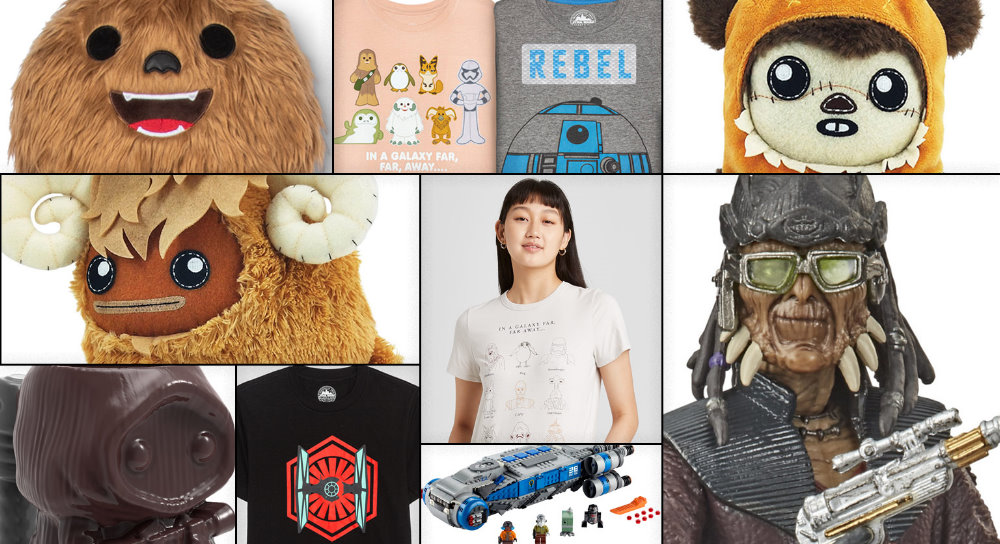 Target takes us to Batuu and Galaxy’s Edge with their Trading Outpost collection which lands in US Target stores on 30th August with products from Hasbro, Mattel, Hybrid Apparel, Jay Franco & Sons and Zak.

StarWars.com is thrilled to give you the first look at some of the latest items coming to Target, Target.com and the Target app starting at 12 a.m. PT/3 a.m. ET on August 30. And for our friends in Canada, the Trading Outpost collection will be docking at Toys “R” Us soon, as well.

Over at D23, Imagineer Scott Trowbridge discusses how the range was brought to Target, including an exclusive editions of Myths and Fables and Dark Legends with 3 extra stories and a new book, Elee and Me by Amy Ratcliffe. 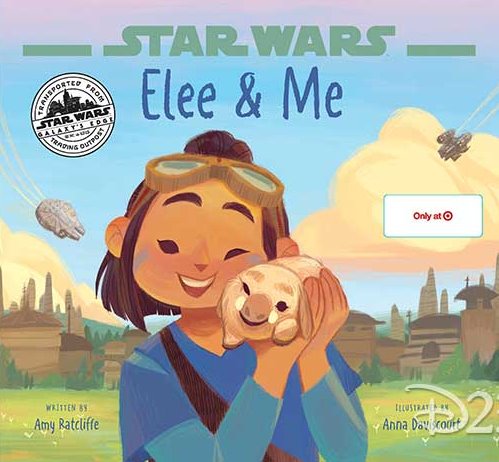 D23 Inside Disney: After it launches this Sunday, what will it be like for you to go into a Target and see the Trading Outpost collection with Star Wars: Galaxy’s Edge-inspired items there?

ST: Oh my gosh, it’s going to be super-weird but super-exciting. So many people have worked to bring this world of Star Wars to life for years on these projects and at the core of that has always been this desire to invite people to engage and to play. So it’s amazing to see all this work come to fruition and that people are inspired and want to engage with these stories and with these characters and the worlds of Star Wars: Galaxy’s Edge. It’s amazing to think that all that hard work has meant something, because it is resonating with people.

At the heart of Star Wars: Galaxy’s Edge storytelling is this idea about the power of an individual to make a difference, no matter where that person comes from—and I think this is true, largely, for most Star Wars storytelling. It doesn’t matter if you’re a poor farmer boy or a scavenger girl born on some remote planet, anybody, through the choices they make, can make a difference in the universe. That’s really important to the stories that we tell in the experiences that we offer at Star Wars: Galaxy’s Edge, and also this idea that hope can power through the darkness. I hope that these themes resonate just beyond the specific stories we’re telling and resonate into people’s lives—and the more people broadly around the world we have engaging in that mindset, I think that can make a huge difference.

I’m super happy that we are able to take what’s at the heart of Star Wars: Galaxy’s Edge, these ideas about engagement, empowerment, that you have the power to make choices—your choices matter, but your choices have consequence—and take this idea and kind of spread that more broadly and widely around the world. It’s so fantastic that our friends at Target have allowed us and helped us to do that in a way we wouldn’t have been able to do if it was just limited to what we do in the parks. I think that’s super exciting.

Make your vote count: which will be the new Legacy Lightsaber at Galaxy’s Edge?

How to concoct your very own Cliff Dweller

Rise of the Resistance closed after lightning strike