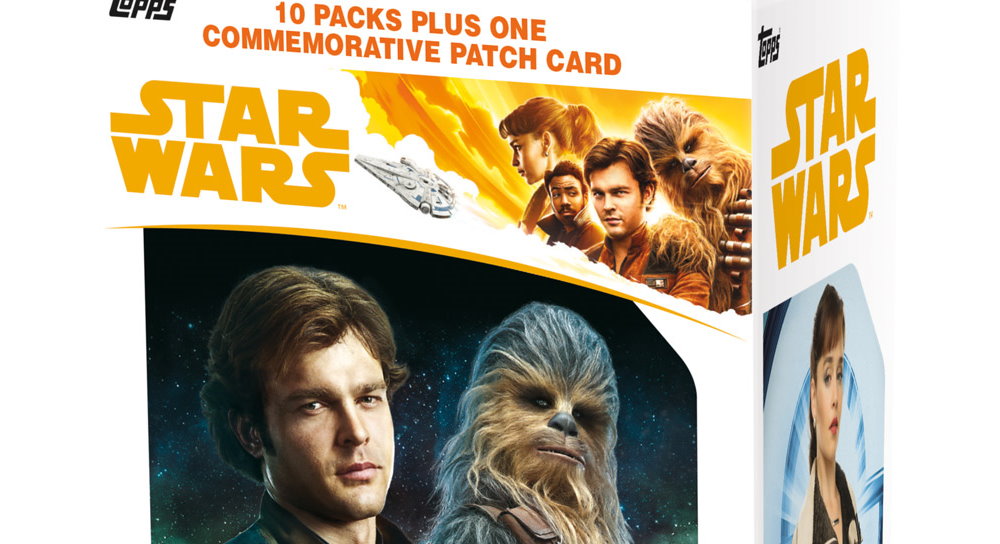 Topps product range for Solo: A Star Wars Story has been revealed including the already out Denny’s Solo Trading cards, an upcoming update to the Card Trader app, and Trading Cards coming on the 25th May.

Each pack retails for $3.00 and includes two character cards, a Denny’s coupon and a dual-sided Topps coupon to Save $1.00 on any Topps Star Wars trading cards and Save 10% off Star Wars Authentics official photos and autographs at www.StarWarsAuthentics.com.

Collect all 12 characters including familiar faces like Han Solo along with new aliens like Six Eyes and Therm Scissorpunch!

A portion of proceeds benefits the charity No Kid Hungry.

New digital trading cards from Solo: A Star Wars Story will be available in the Star Wars Card Trader App by Topps this Friday 4/13!

Look for new base cards featuring characters from Solo: A Star Wars Story! Find your favorites like Han and Chewbacca, as well as newcomers Qi’ra and Tobias Beckett, in packs starting April 13th!

Also out on the 13th the new series Premiere! And coming soon – new Prismatic, Prototype Sketch Series and Scoundrels Deck!

Log-in and look out for more Solo: A Star Wars Story cards released every day!

You can download the Star Wars Card Trader App from the App Store here.

Topps Solo: A Star Wars Story trading cards will be in stores Friday, May 25th, the day the film is released available in retail outlets like Target and hobby shops nationwide.

The set includes 100 base cards with characters, vehicles, artwork and scenes from the film.

There are 5 inserts to collect:

Value boxes are available exclusively in retail for $19.99 SRP with 10 packs per box and one manufactured patch card. 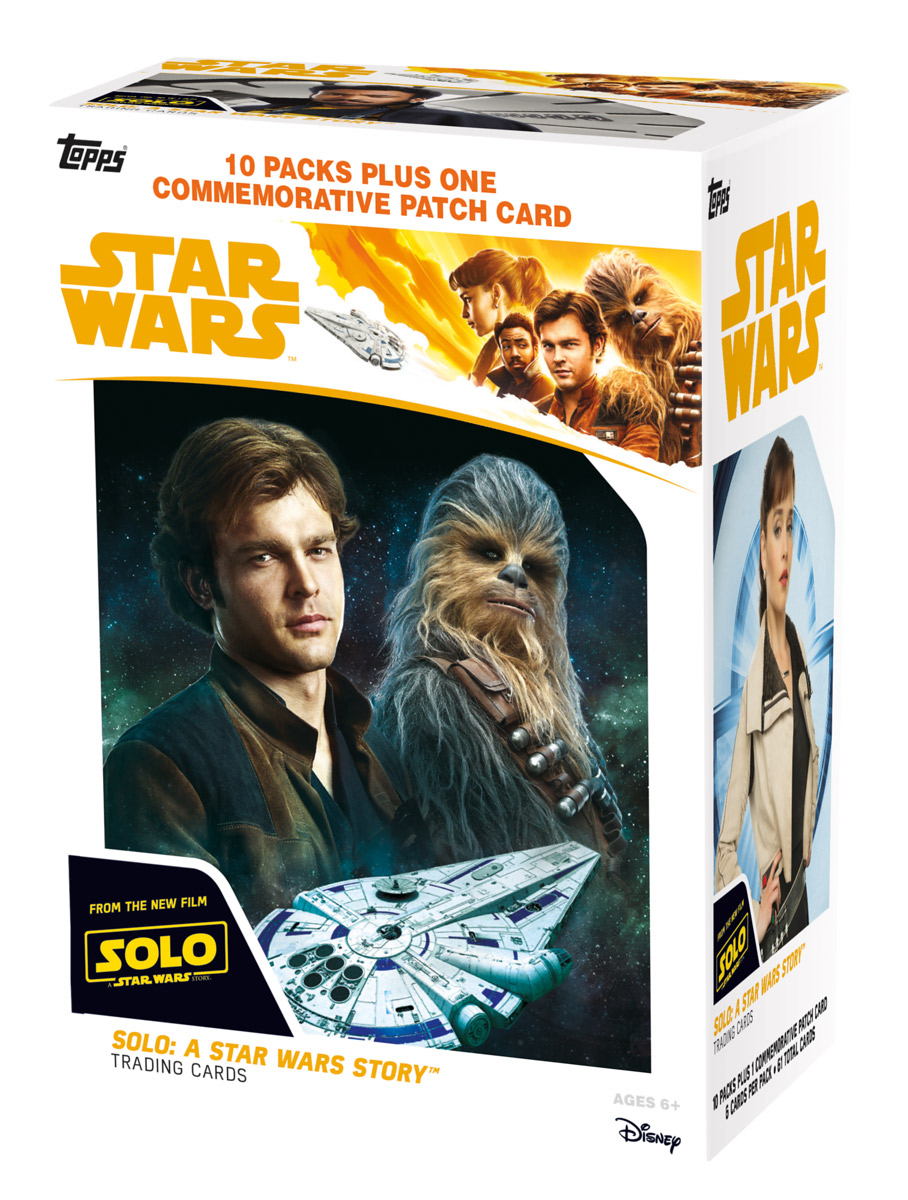