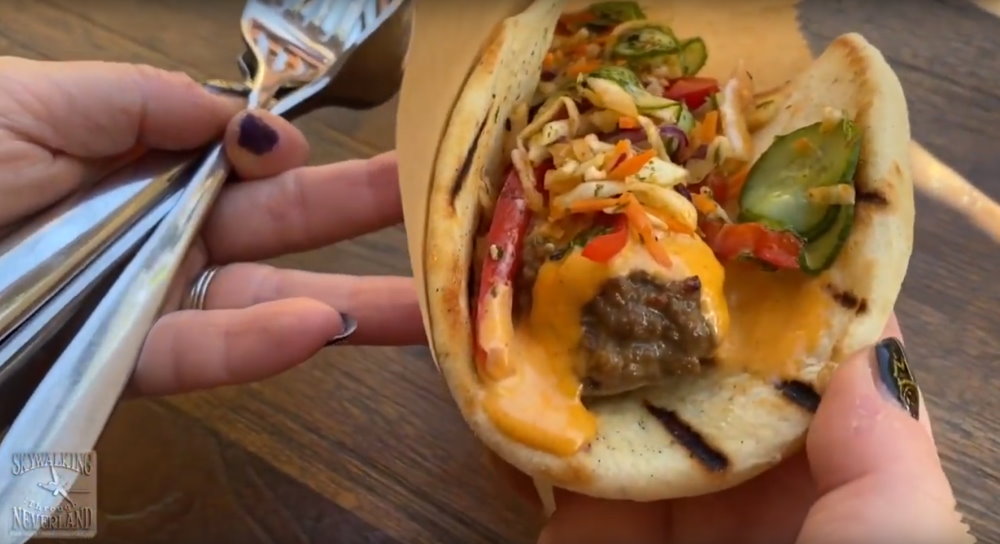 Our pals at the always fun and energetic Skywalking Through Neverland bring us this video looking at the new items on the menu over at Galaxy’s Edge. Be warned – if you weren’t hungry before you watch, you will be afterwards!

October 16th, 2019 marked the first day Galaxy’s Edge at Disneyland introduced NEW FOOD items, including vegetarian fare and kid-friendly items. We spent the morning eating ourselves silly trying all the new things!! What did we like best? What should you try? Why did they introduce new things? It’s all right here.

Kyryll Pork Rinds at Ronto Roasters – cinnamon-sugar served with or without a Mouse Droid souvenir vessel. $7.49

We’ve also heard via BlogMickey that Docking Bay 7 will be removing Star Wars themed names from the menu, removing some of the back story to the location and making the eatery easier for non-Star Wars visitors to Batuu to navigate.

According to the Disney website, Disney has removed the Star Wars theming from the menu item names. 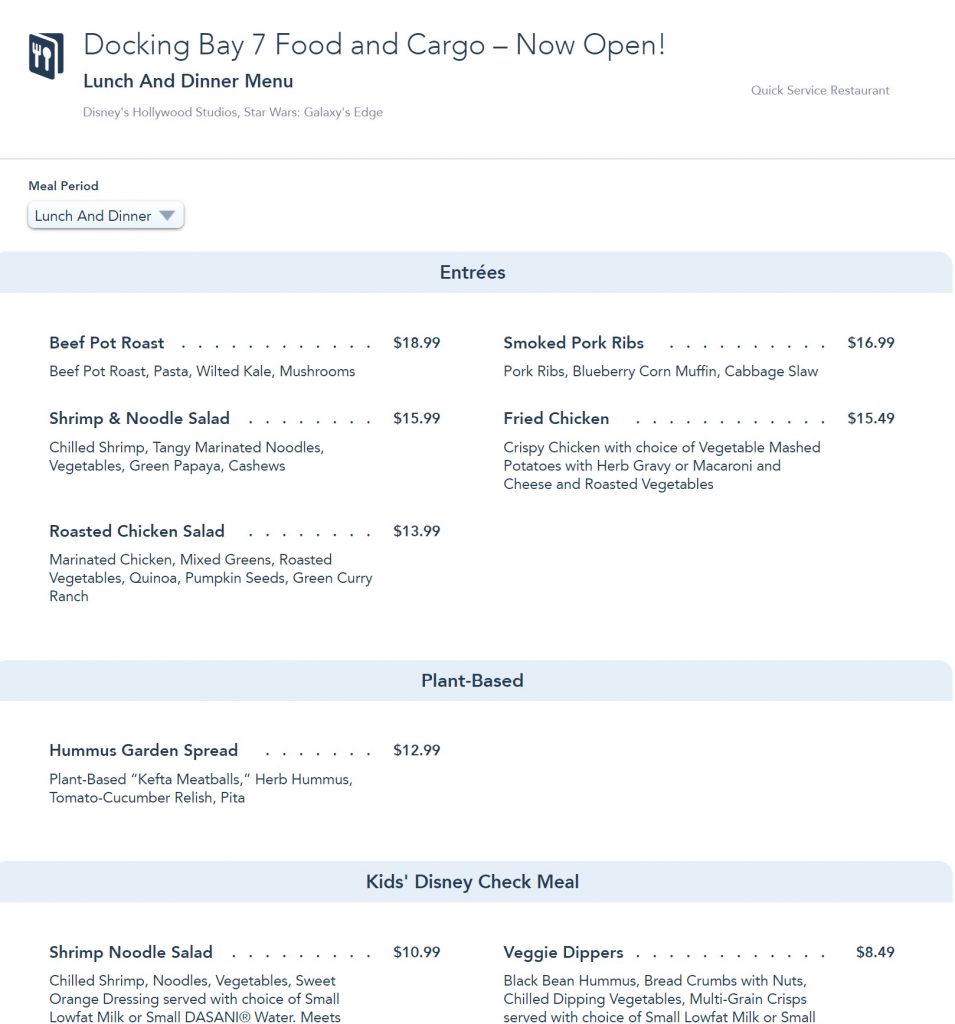 As you can see in the screenshot below, items such as the Smoked Kaadu Ribs, Yobshrimp Noodle Salad, Felucian Garden Spread, and more have been “dumbed down” to simply name what the dish is, devoid of all of the theming and story that Disney Imagineers and Chefs worked to create.