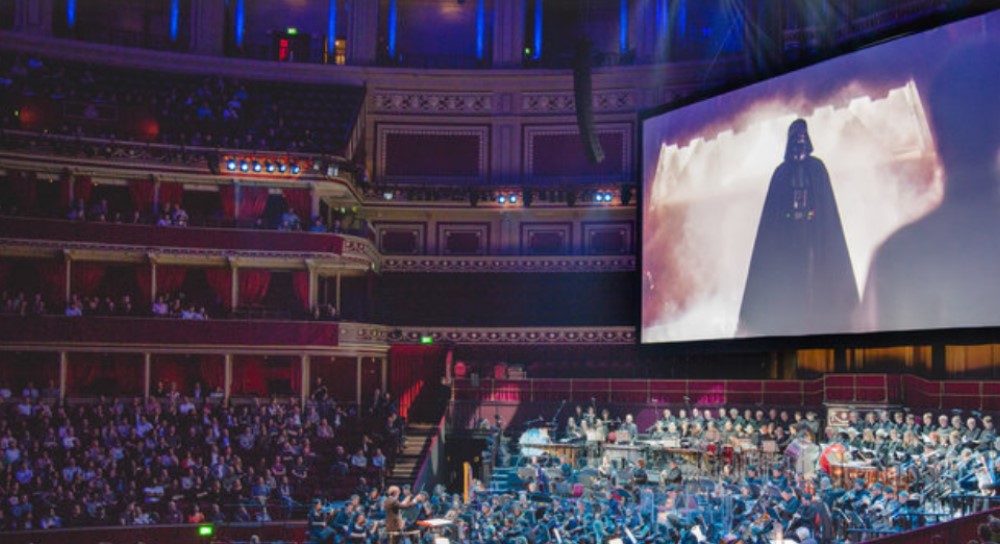 Ana amazing night was had by all who attended the Michael Giacchino 50th anniversary concert at the Royal Albert Hall last Friday.

Bringing together collaborators from across his career including J.J. Abrams, Colin Trevorrow, Gareth Edwards and Gonzo (the most emotional moment of the night when he sang) as well as troops from the UK Garrison, the show gave us music from Rogue One, the 11th, 12th and 13th Star Trek movies, the Planet of the Apes trilogy, Pixar films and shorts including Up, The Incredibles and forthcoming Pixar release Coco, Jurassic World, Doctor Strange, Spider-Man: Homecoming and Lost.

Here’s hoping Giacchino graces the hall with a 60th birthday anniversary, because if he does then we’ll be first at the box office to grab our tickets.

On Friday 20 October, Michael Giacchino, the Oscar®-winning composer behind some of your favourite film themes, celebrated his 50th birthday with a huge concert at the Royal Albert Hall.

Joined by conductor Ludwig Wicki, with the Cinematic Sinfonia and the English Chamber Choir, the concert celebrated some of Giacchino’s very best scores, including Rogue One, Lost, Up, Jurassic World, War for the Planet of the Apes and The Incredibles, as well as the latest Star Trek films.

Compered by Adam Savage, Giacchino, Wicki and the orchestra were joined on stage by the finest of the new generation of directors – the likes of JJ Abrams, Colin Trevorrow, Andrew Stanton, Gareth Edwards, Matt Reeves, Pete Docter and Benedict Wong, plus Muppet’s legend Dave Goelz with Gonzo the Great.