Rise of the Resistance is now open in Batuu West and East, as the magnificent new attraction arrives at Disneyland Anaheim and a number of sites take a closer look at the ride.

First off, D23 bring a 360 degree video looking at the ride.

D23 also bring a piece looking at facts about the ride.

It’s one of the most technologically advanced Disney Parks attractions of all time.
From the moment you set foot in the queue until you exit your ride vehicle, the world of Star Wars comes to life in front of your very eyes. As Doug Chiang, vice president and executive creative director of Lucasfilm, explains, “One of the biggest challenges that we had was: How do you re-create the world of Star Wars into an attraction?” 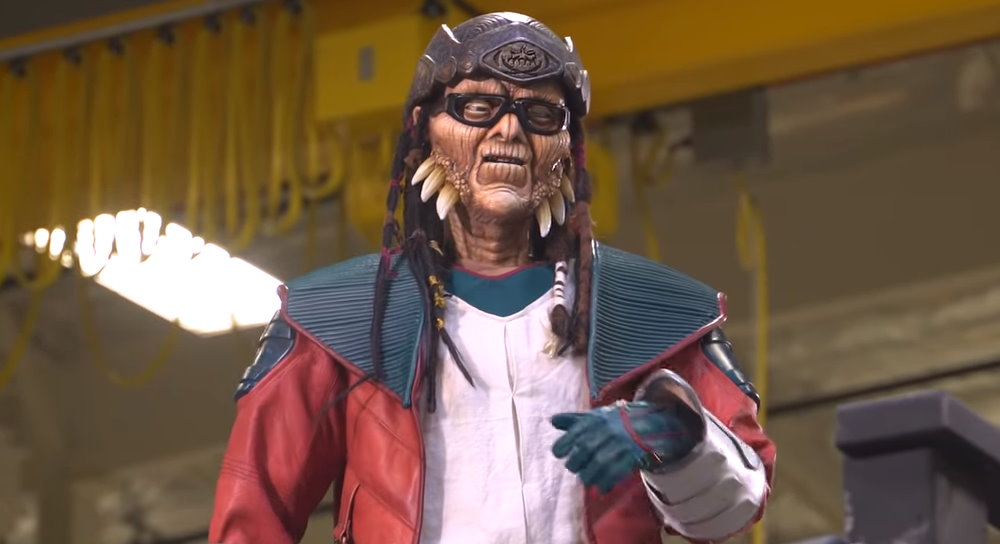 The answer? High tech wizardry on an intergalactic scale. The attraction itself combines multiple ride systems, including a new simulator experience that gives the sensation of falling from space to crash land on Batuu. Additionally, the trackless ride vehicles acting as your transport through the menacing Star Destroyer are some of the most advanced ever used in a Disney attraction, with a sleek, low profile and the ability to move in all directions.

And what’s a Star Wars story without characters? Disney A-1000 Audio-Animatronics® figures depicting iconic characters appear throughout the attraction so that you can adventure alongside some of your favorites. The goal? Create a cinematic Star Wars story of your very own: “More and more, our guests want to lean into these stories; not just be a spectator,” explains Scott Trowbridge, Star Wars portfolio creative executive, Walt Disney Imagineering. Star Wars: Rise of Resistance sets out to do just that—create a full experience with fans like us as the center of the story.

Forbes take a look at the secrets behind the ride.

Anyone who has seen a Star Wars movie will remember the corridors of the dagger-shaped enemy Star Destroyers with their silently sliding blast doors and squeaky-clean floors lit by bright white lights glowing behind grills. Sitting in an eight-person vehicle in Rise of the Resistance, you’ll race down them as space pilot Poe Dameron did in 2015’s smash hit Star Wars: The Force Awakens.

His full-size X-wing sits at the exit of a makeshift briefing room where guests get the low-down on their mission at the start of the attraction. You stand in front of the same kind of illuminated screen that Carrie Fisher’s Princess Leia used to co-ordinate the assault on the Death Star in Star Wars: A New Hope, the 1977 epic that kicked off the sci-fi saga.

This time the instructions come from Rey, one of the heroic band of Resistance fighters that the attraction is named after. In the movies she is played by British actress Daisy Ridley and, in Star Wars’ trademark style, a flickering hologram of her appears to float in mid-air in the briefing room.

A carbon copy of Rey’s spherical robot companion BB-8 rolls to her side as she tells guests that they must board a shuttle to meet Leia at a secret location far, far away where they will plan an attack on the evil First Order.

Disney Parks Blog were there on the morning of the launch.

The groundbreaking new Disney attraction, Star Wars: Rise of the Resistance, is now open inside Star Wars: Galaxy’s Edge at Disneyland park! This new, epic experience draws you into a sprawling Star Wars narrative that blurs the lines between fantasy and reality, delivering thrilling action driven by cutting-edge technology and innovative design that gives you the feeling of stepping inside a Star Wars film.

io9 also delve into the ride, explaining that it’s far more than a simple joyride but a part of a much larger story.

Once on the Intersystem Transport Ship (I-TS for short, and really, just a special room), a Mon Calamari named Lt. Bek is in charge and he, along with Nien Nunb, will fly you and your fellow recruits off Batuu. The characters are physically on the ship in the form of animatronics, plus, you’re accompanied on the outside by Poe Dameron (Oscar Isaac on a video screen) and two other X-Wing pilots. 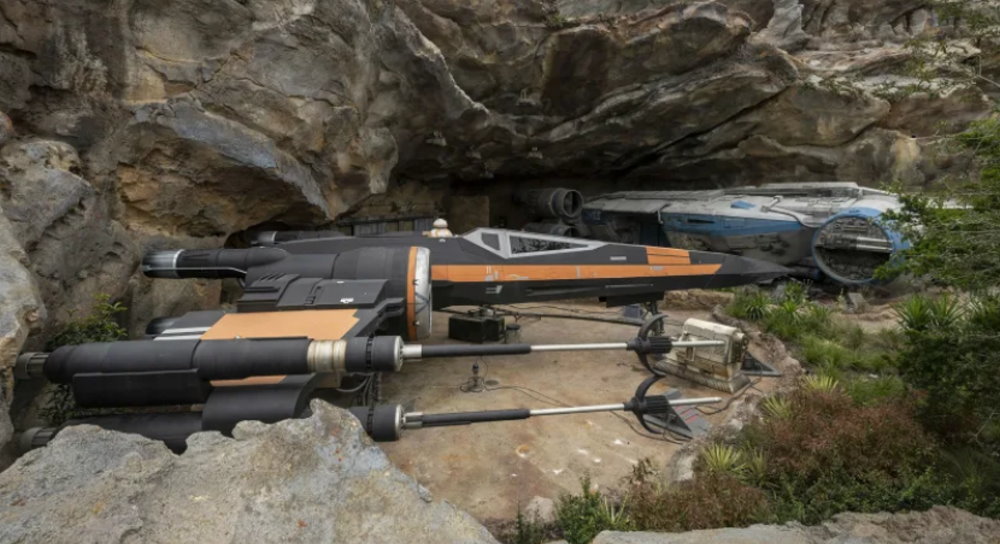 As this is happening, the “ship” starts shaking and moving like you’re actually lifting off and the monitors show your exact location on Batuu—you can watch it disappear as you fly into space. If you stand in front, you can watch the direction the ship is going. If you stand in back, you see the X-Wings escorting you off the planet. All the visuals are perfectly synced across the area so no matter where you stand, there’s something cool and unique to see. The attention to detail is awesome.

Star Destroyers then drop out of hyperspace and capture your ship in a tractor beam. Poe says he’ll come back to help you but for now, you’re on your own. And so the ship gets sucked in and the door you entered (on “Batuu”) now opens onto a First Order Star Destroyer. A real-life human First Order officer comes onboard and yells at you to leave. As you do, you’re completely enclosed in the hanger of a Star Destroyer, just like in the films. There’s a huge TIE Fighter on the wall, legions of Stormtroopers waiting in rank, it’s all incredibly engrossing.

Take a closer look at Rise of the Resistance

Galaxy’s Edge: An early glimpse at Rise of the Resistance

Galaxy’s Edge: Opening times for Rise of the Resistance in both parks announced