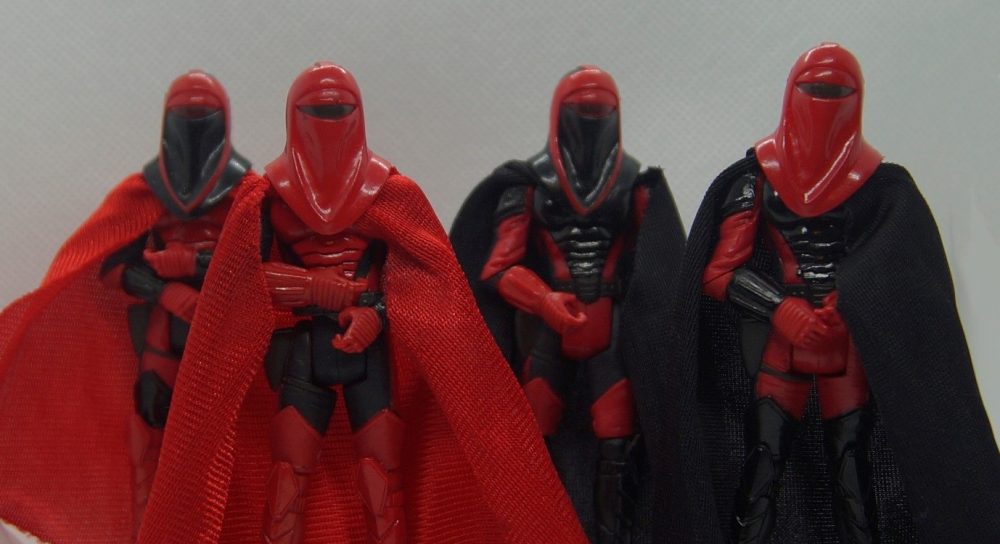 Star Wars is full of wonderful and colourful characters, including those who remain devoutly, mysteriously and ominously behind masks such as Darth Vader, Boba Fett, The Mandalorian, Stormtroopers, Clone Troopers and many, many more. 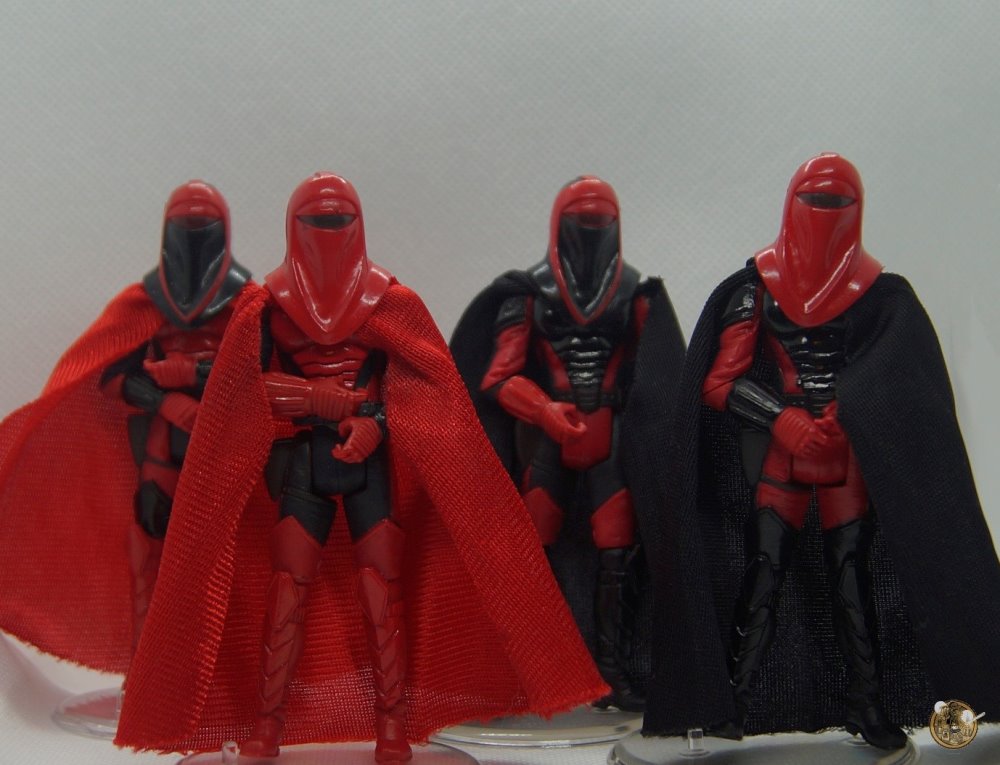 In canon we have been blessed by a plethora of armour concepts which in some cases extends and evolves into legendary storylines such as the Expanded Universe. One such design, Return of the Jedi’s Emperor’s Guard, an addition to bring striking stature, colour and contrast, a bright red against the standard white, black and grey of the Imperial ranks.

We learned more about the guard’s evolution in look and loyalties through the prequels which may have formed some influences towards the design and duties of The Clone Wars Jedi Temple Guards.

Their evolution in EU transcended into various guises such as Emperor Palpatine’s Royal Guards or Imperial Sentinels onto Emperor Roan Fel’s Imperial Knights before returning to their canon persona of Supreme Leader Snoke’s Praetorian Guard in The Last Jedi.

I’m a fan of each of these designs and storylines especially the legendary Imperial Knights and Royal Guards during the time of Kir Kanos and Carnor Jax and have completed various custom works for each line.

This custom article is based on the individualities of Kir Kanos and Carnor Jax which began during their Imperial Royal Guard Academy training on Yinchorr, sparing in the Squall adorning striking bright yellow v blue apparel, their distinctly differently coloured Imperial Guard uniforms and finally their loyalties towards Emperor Palpatine.

I was lucky to acquire a few Kir Kanos and Carnor Jax figures then struck upon the idea of customising some of these figures to extend their ranks.

I had some spare heads from Emperor Roan Fel’s Imperial Knights Ganner Krieg and his counterpart Antares Draco following some other customs, so I used one of each of these to replace the heads of a Kir Kanos and Carnor Jax figure.

This was followed by some cape, helmet and limb swapping (which was really easy, even the limbs as they were soft plastic and worked well with the heat and pop method).

Customising Your Fandom: Are These The Custom Astromech’s You’re Looking For?

Something Old, Something New, Nothing Borrowed, But Something Blue

Customising Your Fandom: A Wullf In Galactic Clothing