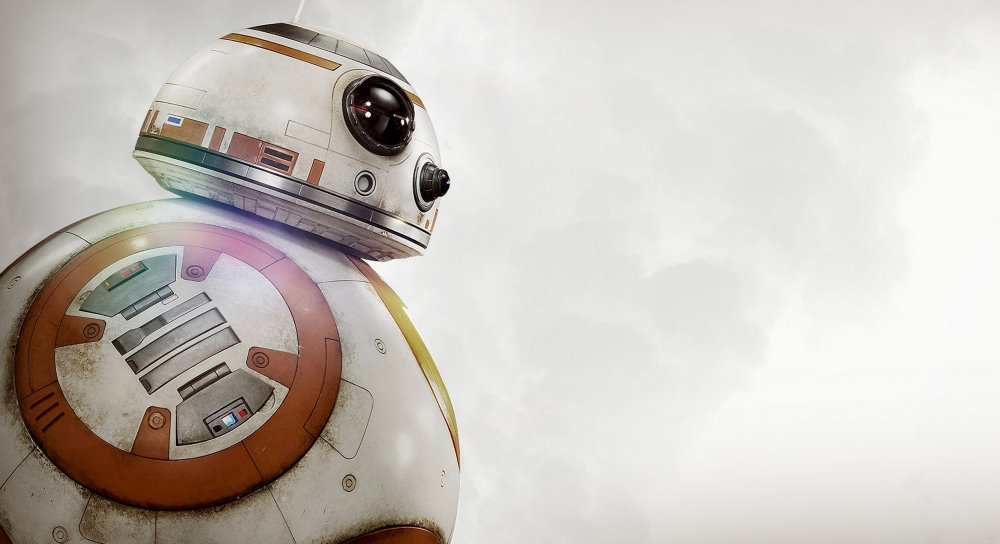 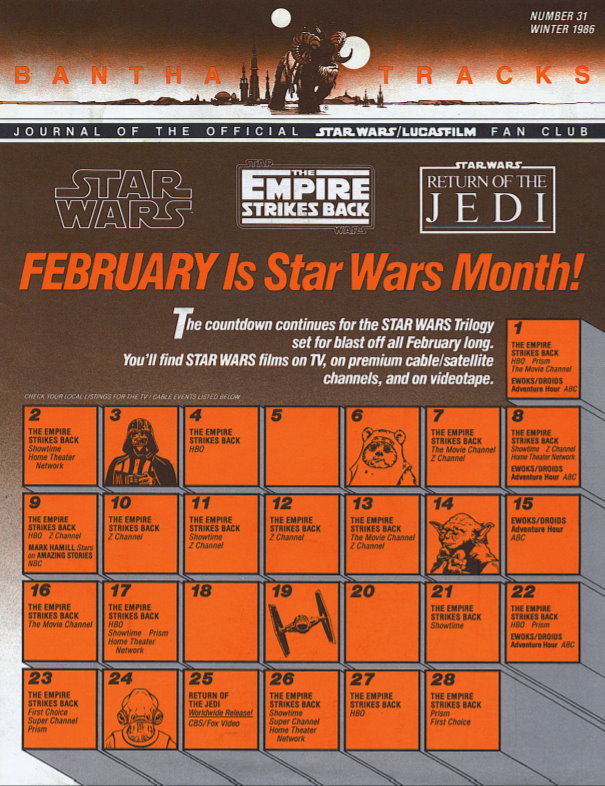 Issue 31 of Bantha Tracks immediately sprang to mind when hearing this news. The much-loved original fan club magazine (which of course is a huge inspiration for this very website) gave us a front cover look at what they then called ‘Star Wars Month‘, February of 1986.

The Empire Strikes Back was showing on a number of channels including HBO, Prism, Showtime, Super Channel, First Choice, Home Theater Network, Z Channel and The Movie Channel, while 25th February saw the Home Video release of Return of the Jedi (almost 3 years after its cinematic release) and of course the Ewoks/Droids Adventure hour on ABC. 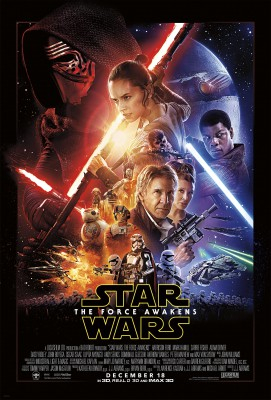 Step forward 33 years and things are somewhat different. The Force Awakens, now unbelievably over 3 years old, arrived on DVD and Blu-ray on 5th April 2016, less than 6 months after its cinema release, but it’s been a significantly longer wait until 17th February 2019 for the film to arrive on network TV.

Of course, these days every month is Star Wars month with all films available on a variety of platforms and formats, Star Wars Resistance playing on Disney XD and new shows in development. Modern day fans won’t have the long waits and gaps between projects, but the majority of older fans wouldn’t swap that for anything. That wait and build up of anticipation in the original Lucasfilm era was a huge part of what made Star Wars so unique and special.

The Force Awakens: Bar Wars – How we could have met Han Solo

Does Star Wars Jedi: Fallen Order reveal the true identity of Starkiller Base?

Adam Driver Nearly Threw Up At ‘The Force Awakens’ Premiere