The Star Wars Experience – Attack of the Clones – 2002

During the ending of my duties at the Ranch for Episode 2 I was called back to ILM to work on the sculptural design of the Scorpion King creature for the Mummy Returns. To make things very clear, I was the sculptural designer for the clay maquette using Derek Thomson’s original 2-D Scorpion King design. This was done all before the CG department did their part. I had nothing to do with the CG version. 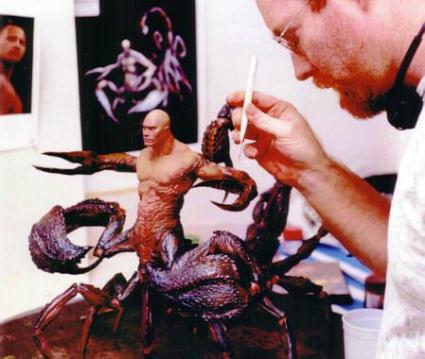 It was very hard to leave the Art Department, but I was told I was warmly welcome back.
As things worked out years later I was called back to the JAK Art Department for Episode 3.

ATTACK OF THE CLONES CONTRIBUTIONS

Shaak Ti – did all
Kit Fisto – did all
Aayla Secura