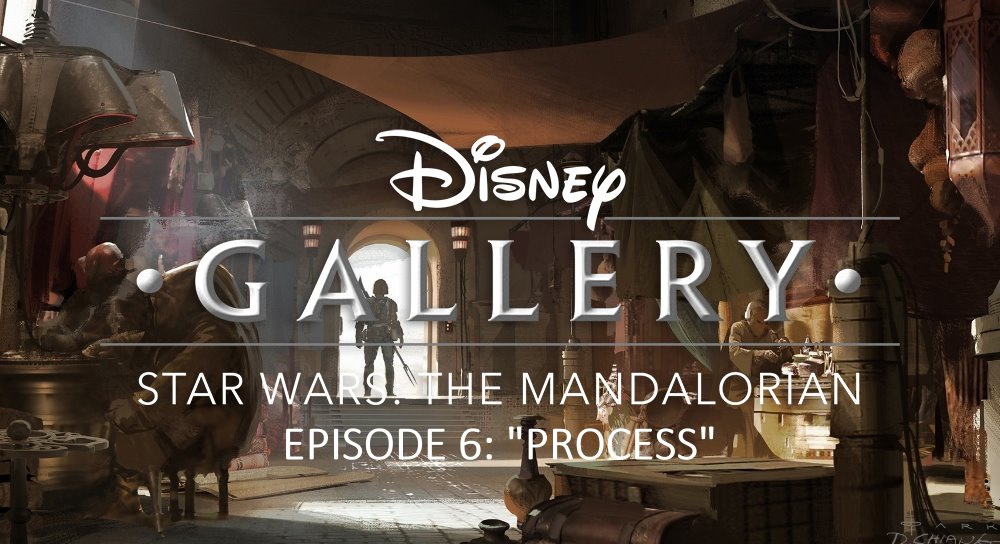 Every time an episode of Disney Gallery: Star Wars The Mandalorian lands, Fantha Tracks give their responses, and here’s our thoughts on the sixth episode, Process. Beware of spoilerific elements in here.

Much like the original trilogy, The Mandalorian drew influences from both Western and Samurai films. We delve deeper into those influences and discuss how emulating those genres inspired the show.

The deeper we go into the making of The Mandalorian, the more fascinating it gets. Indeed, the entire workflow of production has changed to accommodate StageCraft and working in the Volume, and the sixth episode of Disney Gallery dips into that. Over it’s sparse running time of just under 19 minutes including credits, the episode shows just how much has changed, and also just how essential changes were in order to bring movie quality visuals to television.

Led once again by Jon Favreau, his table includes his ILMVFX team along with producer Kathleen Kennedy and his directors, who all have a moment to explain their own experiences with this new process. Rick Famuyiwa gets the most airtime as he describes moving from independent filmmaking into this brave new galaxy, while Deborah Chow explains how she had 2 months of prep for her episode as opposed to the few short days she would normally be allowed. If there’s any criticism to be made of this episode it’s not that Favreau talks too much – he’s the guy in the room who will summarise and vocalise the collective ideas and hone them into something workable – but rather that the others aren’t given more air time. Perhaps their experience was just that linear; they laid out as much as they know about this process and got that out into the etha, but to hear their individual challenges with this new process would have been fascinating to hear.

PreViz has played a part in film and television for many years, but to reach the point where an episode is blocked and laid out before a single live action frame is shot with the actors is very interesting, allowing the producers and team to view the ‘episode’ and make any necessary tweaks and changes to the script. This really is a new way of working, and if season one is anything to go by then this is the way to do it going forward.

Fingers crossed the final two episodes give us a bit more meat on the bone, as this was a fascinating episode, albeit a touch undercooked. There’s clearly a lot more to this new system of managing the workflow and using PreViz in this way, but given the reveals we had earlier in the season this felt lightweight – this new way of working is – again – ground zero and could literally change the way in which sci-f and fantasy TV is produced. Nevertheless, for giving us a peek behind the curtain Disney Gallery: The Mandalorian deserves all the praise that’s being heaped upon it.

The sixth episode of Disney Gallery: The Mandalorian was a succinct 18:45 but this might be the episode professors and executive producers are using to teach new directors and producers in 10 years.

The references to The Mandalorian being influenced by Samurai, Kung Fu or Western films and TV shows is definitely present but what I loved was seeing the storytelling transition from storyboards to pre-vis and then the final product—obviously with some production in between each.

It seems “The Volume” has become the diva technology—requiring extra work up from in order to shine in terms of graphics and rendering—which also adjusts the workflow for everyone involved. Jon Favreau once again shares lessons learned from shooting “The Jungle Book” and explains the benefits of getting the story tightened up early—and then watching it almost as a rough video game sequence to discover holes or issues in the story.

Director Deborah Chow talking about being involved with production two months, instead of eight days, before shooting was also fascinating—knowing that each unique director and technical expert on the show had to rewire themselves to succeed in this new environment.

And then a beauty of a closing—with director Rick Famuyiwa busting Favreau’s chops about getting the script for season 2. The rapport with this group is wonderful and the episode was a solid teaching tool for the “new” world of production workflow.

When Jon Favreau pitched the concept of The Mandalorian to the Disney execs he said that he didn’t want the show to be too influenced by Star Wars.

“I wanted it to be consistent with Star Wars, but I want to be influenced by what influenced George (Lucas), so let’s look at the samurai movies. Let’s really look at Kurosawa films,” enthuses Jon. “That led to the whole ‘lone cub and wolf’ thing.”

It certainly did. This was the impetus for the relationship between The Child and Mando, if a little skewed. Dave Filoni adds that the simplicity of the traditional Western, which though simple in look often had complex characterisations, would heavily influence the look and feel of the first Star Wars live action TV series. It’s a look borrowed by Lucas – particularly for Han Solo in A New Hope – so it’s only right to borrow it again.

“Just look at Han Solo,” comments Dave. “He is dressed like a gunslinger.”

Dave and Jon collaborated on the story and an animatic storyboard was created. There is a beautiful simplicity to these rough animated sketches, but so evocative of the final product.

The next phase is to translate that to Pre-Vis. This gives an accurate template for the actors and crew when constructing a scene. By using visual effects from the beginning of the process, like the wonderful revolution that is The Volume (see previous episodes), effects become live rather than a post shooting process.

The directors had the opportunity to get more involved earlier in the process than they do with regular TV shows, combining with crew and editors, coming up with effectively a first cut using virtual cinema. They could work with motion capture actors and stunt performers to get close to what would eventually be filmed. It gives a real flavour of how the finished product will look and points to any changes that might be needed. It is priceless preparation.

In a round table with directors from the series, Taika Waititi talks about pick-up shots being the glue in the filming process, referring briefly to his time on Thor: Ragnarok, when putting a small shot in of placing a drinking glass on a table adds to a scene.

Rick Famuyiwa, director, laughs: “The whole process of pre-vis and building the story beforehand was new to me. It was like that’s what happens when you get a little money. You can actually make the movie first!”

Collaboration has been the key to the success of The Mandalorian. Getting used to prep time, as opposed to post production time. The directors chat fondly about the unique experience they shared making the series. An experience that many of them will now have repeated for the eagerly awaited season 2. 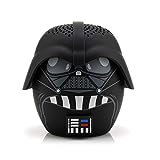 Bitty Boomers Star Wars Darth Vader Bluetooth Speaker
$19.99
Buy on Amazon This is a paid link. Learn More. Clicking the link may take you to the Amazon store servicing your country Price incl. tax, excl. shipping.  Details correct as at: 2021-07-27