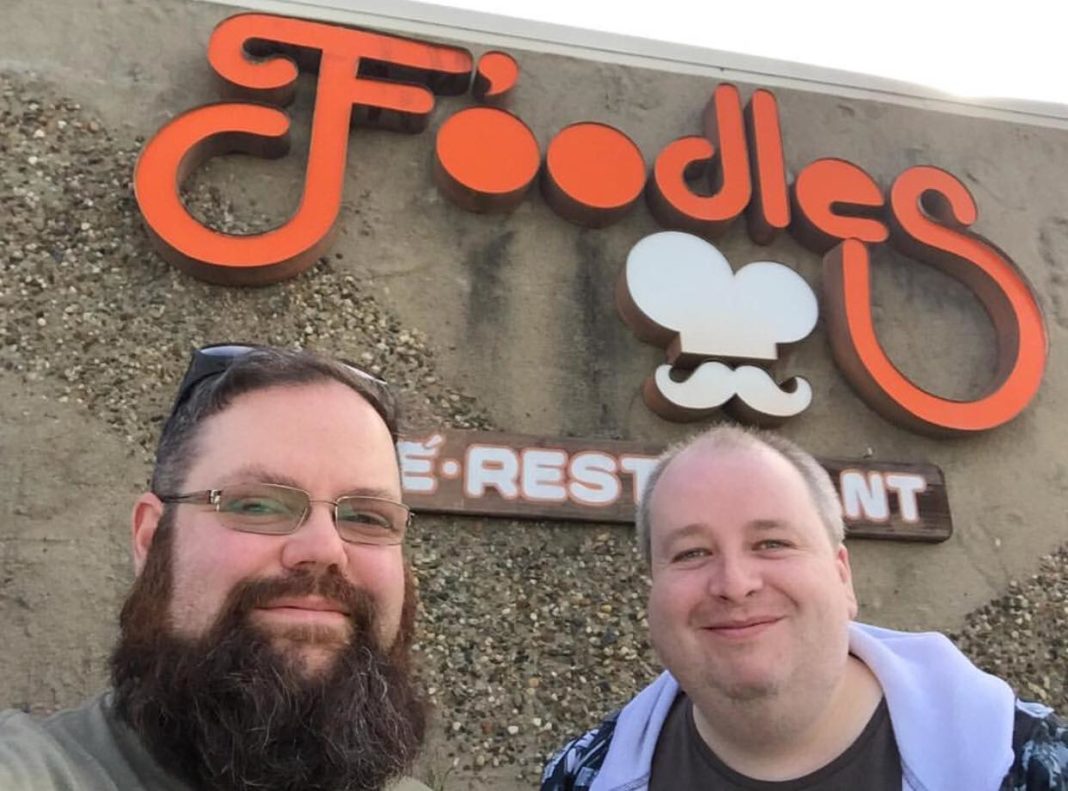 So it feels like an appropriate time, and worthwhile, to recap what has happened and what is yet to come based on the Star Wars production companies:

FOODLES PRODUCTION (UK) LIMITED was where it all started. Back in July 2013, Matt Booker and I did some sleuthing and unearthed the existence of the company. The production would go by the name “AVCO”, named after the cinema where where J.J. Abrams saw Star Wars: A New Hope (Source: Making Star Wars).

Foodles itself was the name of the cafe next to Kerner Optical, the original practical effects division of Industrial Light & Magic (ILM) on Kerner Blvd, San Rafael.

Foodles Productions would give birth to Episode VII:  The Force Awakens.

LUNAK HEAVY INDUSTRIES (UK) LIMITED came next, the production company for Rogue One: A Star Wars Story.  Production would use the name Los Alamos.  That was the birthplace of the atomic bomb, somewhat appropriate for the film charting the brith of the Death Star.

At the same time Lunak was discovered, so was SPACE BEAR INDUSTRIES (UK) LIMITED.  Space Bear became very public as the name of Episode VIII: The Last Jedi with Rian Johnson photographed with a panda type bear on his baseball cap.  The name was explained by the story group:

We were talking about how Luke had retreated and just taken himself out of the world and for some reason [it felt like] Legends of the Fall, when Tristan goes into the woods in the end,” Rayne Roberts shared. “But then we were like, ‘And then he gets mauled by a bear.’ And then someone said, ‘So Luke’s like a space bear.’

Production company names then got complicated as a result of the Boba Fett film being cancelled. STANNUM 50 LABS (UK) LIMITED, with Stannum 50 being a chemical name for tin, was supposed to be the business for the Boba Fett / tin man movie.

As a result of the cancellation STANNUM 50 LABS (UK) LIMITED was used for Solo: A Star Wars Story.  The film would take the production name of Red Cup (as in the iconic American party SOLO red cups.)

Episode IX: The Rise Of Skywalker would thus adopt the company intended for Solo, CARBONADO INDUSTRIES (UK) LIMITED (as in Carbon Freezing).  It would use the production code name of trIXie during filming, after initially having the name Black Diamond.

PLT PRODUCTIONS (UK) LIMITED – with the code name of Joshua Tree (Joshua Tree National Park was home to some scenes used as Tatooine in Return of the Jedi) was the next production company revealed.  This was initially used for the intended Obi-Wan Kenobi movie, which has now morphed into the Obi-Wan Disney+ TV series.  I believe the same company will be used for the TV series, but have yet to see documented proof of this.

A T.V. series using the name SERIES III PRODUCTIONS (UK) LIMITED was registered on the public UK companies register on the 12th October 2018, I believe that this is being used for the Cassian Andor TV production, but again have yet to see concrete documented evidence of that.

A film production company E&E INDUSTRIES (UK) LIMITED will belong to the D & D (David Benioff and D. B. Weiss) movie coming in 2022.

I don’t yet know what production this name will be used on, but the name is crucial as in the London borough of Barking & Dagenham, Lucasfilm will become the main tenant of a new studio being built.  This was first disclosed by Making Star Wars back in April.

The studios are being built at the moment, and will be called East Brook Studios, under the banner of Made In Dagenham.  Twelve filming stages will be built, over 200,000 square feet, and includes a centre of excellence to be run by the British Film Institute and London Film School.  The site has already been used on Marvel blockbuster Doctor Strange, BBC TV series Luther and Channel 4 series Humans as a location, and I understand Lucasfilm also used the location as part of their stormtrooper boot camp training.  The studio is marked for completion by the end of the year.

Is the new Barking Lion production company a Star Wars production, could it be for Indiana Jones, or the recently revealed Fox / Lucasfilm film, the adaptation of the fantasy novel, Children of Blood and Bone?

It’s also possible that PLT Productions will never now be used, and that Obi-Wan for Disney+ adopts the Barking Lion Productions name as the most recently announced show.

One thing is for sure, I will be keeping a close eye on developments and letting you know first!

BFI Future Skills Trainees On Working On ‘The Rise Of Skywalker’

Everything you need to know about Star Wars at D23