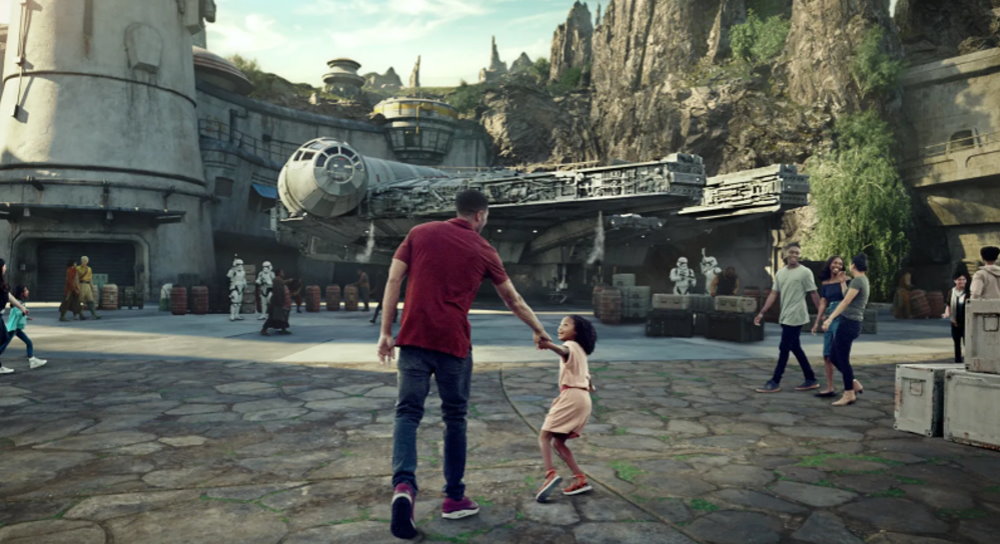 It was announced today at the Walt Disney Company’s shareholders meeting that Galaxy’s Edge will open on May 31st in Anaheim and August 29th in WDW.

Early indications are that both rides won’t be in operation at opening with Millennium Falcon: Smugglers Run opening first and Rise of the Resistance to open later in the year.

There has been no date given for the opening of the Rise of the Resistance ride as yet.

Disney Parks have also released this “opening date reveal” video to get us all in the mood!

The official Disney Parks blog had this to say

Minutes ago, we shared an exciting announcement many of you have been waiting to hear – Star Wars: Galaxy’s Edge is opening ahead of schedule on May 31 at Disneyland Resort in Southern California and August 29 at Disney’s Hollywood Studios in Florida.

That’s right – it’s debuting early because of high guest interest in experiencing this new, immersive land.  On opening day for phase one, you’ll be able to live your own Star Wars story and take the controls of the most famous ship in the galaxy aboard Millennium Falcon: Smugglers Run, sample amazing galactic food and beverages, explore an intriguing collection of merchant shops and more.

And for phase two, opening later this year, will be Star Wars: Rise of the Resistance, the most ambitious, immersive and advanced attraction ever imagined that will put guests in the middle of a climactic battle between the First Order and the Resistance and will blur the lines between fantasy and reality.  In light of tremendous demand, Disney made the decision to open the land in phases to allow guests to sooner enjoy the one-of-a-kind experiences that make Star Wars: Galaxy’s Edge so spectacular.

You can read the full article here:

If you want to hear a great description of what it will be like to visit Galaxy’s Edge then you can listen to Mark interview Amy Ratcliffe below:

Disneyland to replace Annual Passes with a Membership Program