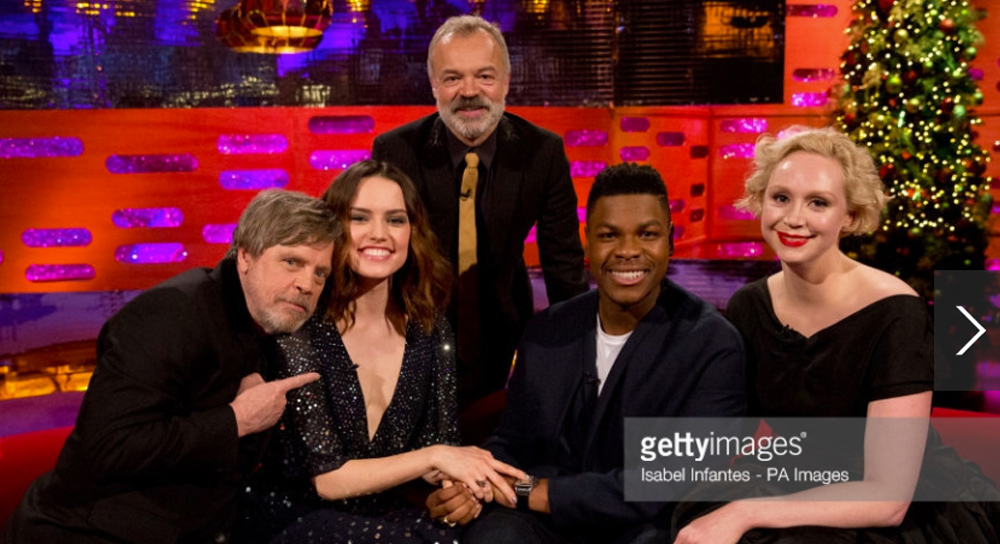 How do you have the best Star Wars week of your life? How do you follow getting tickets for the European Royal premiere of The Last Jedi at the Royal Albert Hall. Well, for three lucky Fantha Tracks contributors, the answer was to attend the recording of The Graham Norton Show’s Star Wars special at London Studios!

We met up at the studio reception and were soon guided into the studio itself. Not surprisingly, strong security restrictions were in place. All mobile phones had to be turned off immediately with no photography allowed. The eagle-eyed security team spotted anyone who tried to take photos and immediately asked them to delete the images or leave the studio. This is all we managed to get… 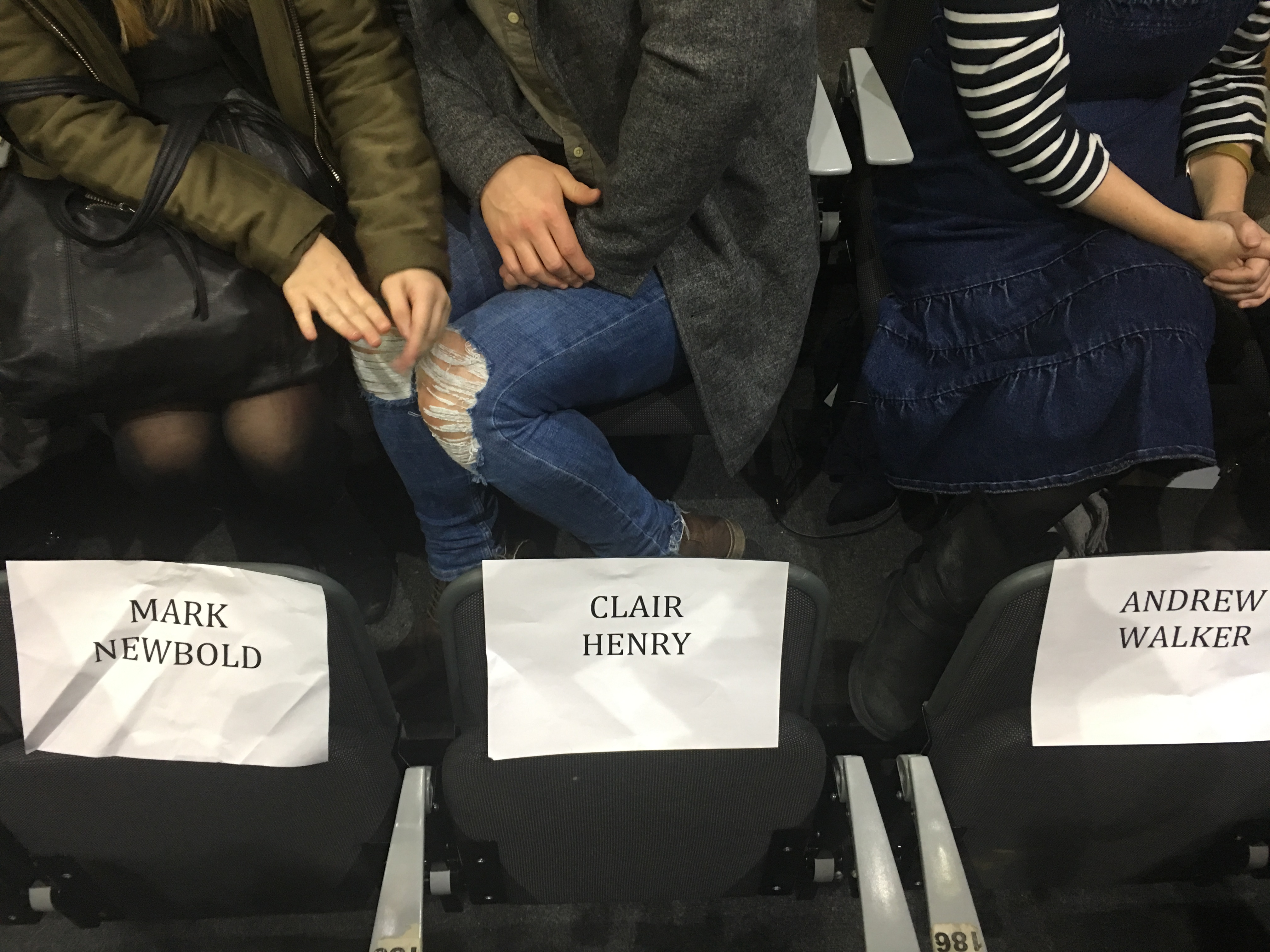 Some crowd warm up and on came Graham to chat with the audience and share information about what would happen. Then it was on with the show! Daisy Ridley, John Boyega and Gwendoline Christie joined Mark Hamill on the famous red sofa! Surprisingly, they were all looking very relaxed after a couple of very intensive days of media duties.

Some of the stories they told were well known to most of us (what Daisy was doing when she heard she’d be in Star Wars, John’s love of midnight shopping and so on) but there were some really fun new things. For example, did you know that someone once followed Gwendoline into a restaurant toilet then stuck their phone under the stall door and asked if it was ok to take a selfie pic! Not surprisingly, Gwendoline said no and, luckily, the would-be photographer withdrew. 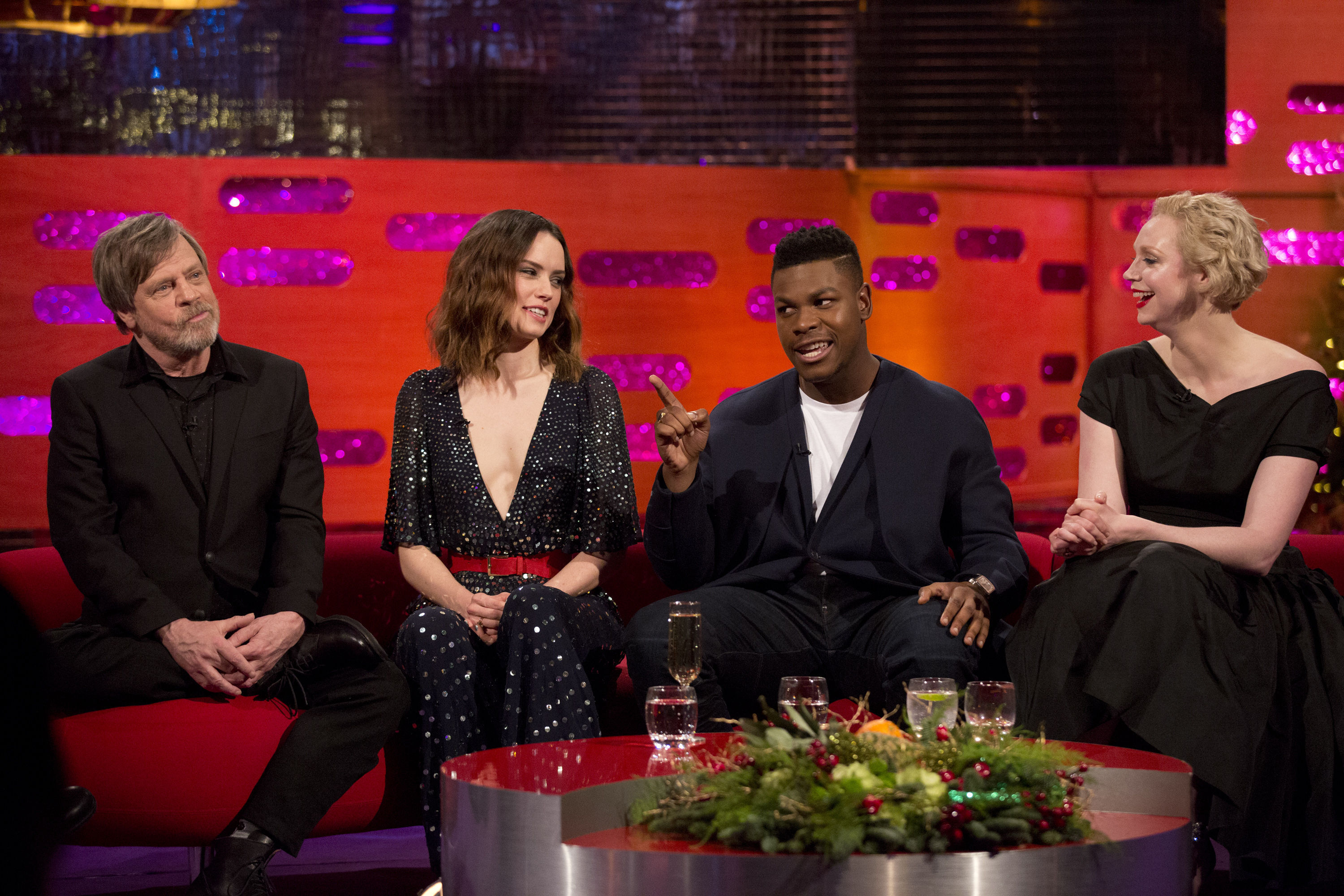 Mark was in great form telling lost of stories about Carrison and Harrie (no, that’s not a typo, it’s what he called them) in the days of the original trilogy. He also talked at some length about how hard it has been for him to express in public his grief over the loss of Carrie while not sounding clichéd and insincere. It was really very moving to listen to the deep-seated love he had for her. And indeed, that he still has. He admitted to still thinking about Carrie in the present, not the past tense. 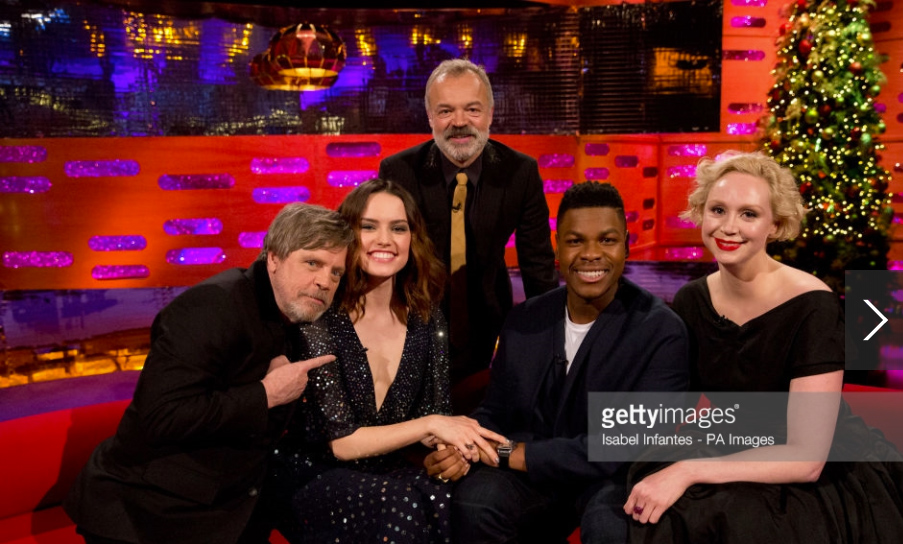 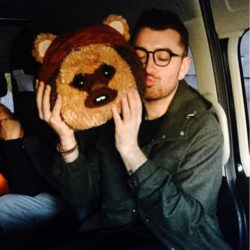 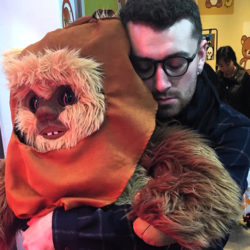 All too soon and, surprisingly, in just a single take, it was all over. We hung around in the freezing cold and pouring rain for about an hour in the hope of meeting a couple of the guests as they left but we were to be disappointed. They had already jumped into their warm, dry cars and sped off into the night. Still, it couldn’t dampen our high spirits as we headed towards Leicester Square and the first public showing of The Last Jedi. 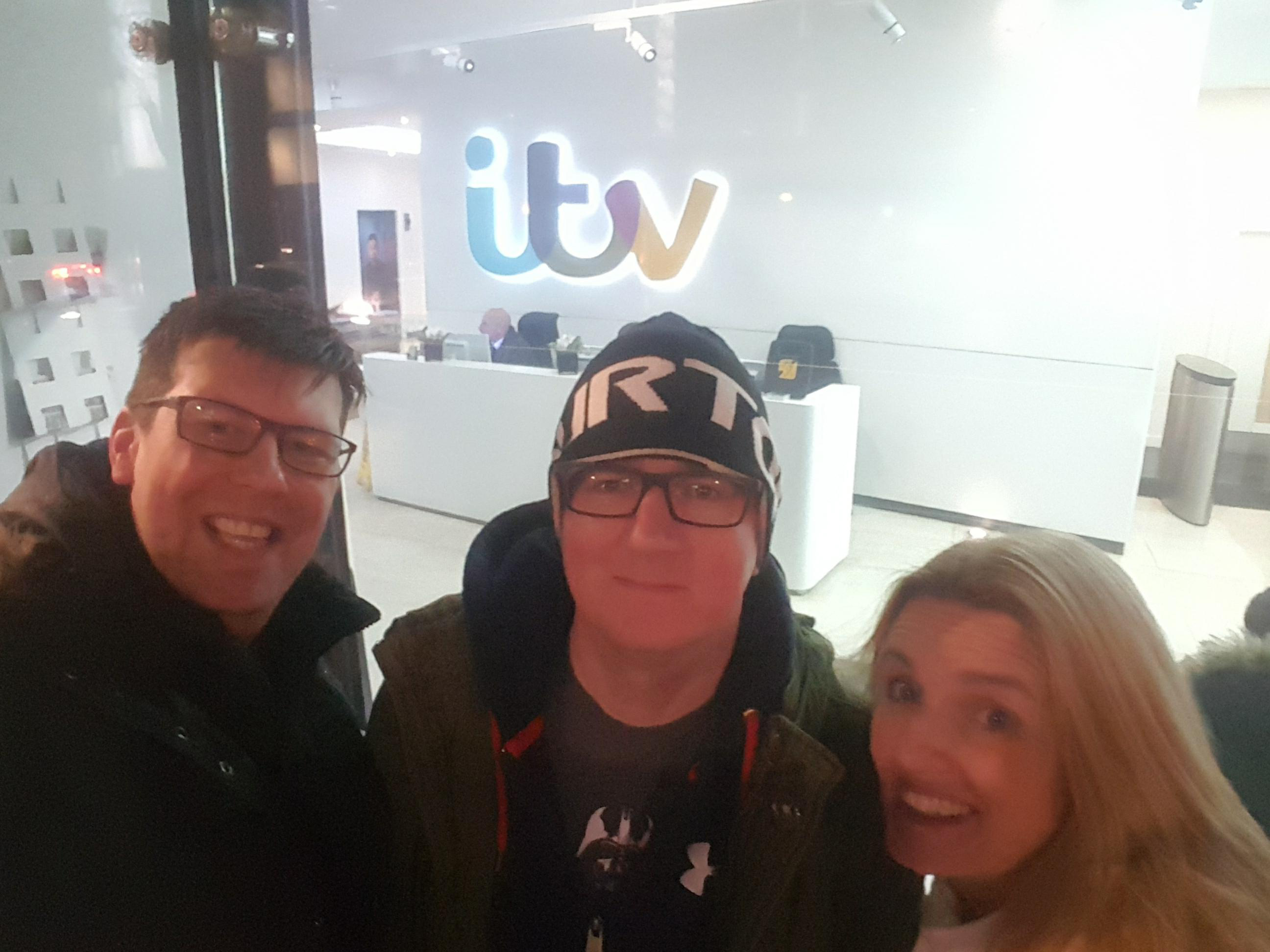 A-Snack of the Clones: Daisy Ridley tries UK and US treats

Daisy Ridley on Rey, Poe and Finn together: “It’s a shame that that’s only happened for one film”

Gwendoline Christie On Her Transformation For ‘In Fabric’