STAR WARS NEWS IN A SINGLE FILE
Search
Home Blogs The Mandalorian: Chapter 1 – “I Have Spoken…” This article contains extreme spoilers for the first episode of the Disney Plus series The Mandalorian. Proceed with caution…

Holy cow, the first episode of The Mandalorian dropped the same day the Disney Plus streaming service went into effect, and I was not disappointed. Here are some of my thoughts….

• Most of the footage from the first episode we’ve seen in all the various Comic-Con footage, D23 and trailers. Although getting chopped in half via door still looks cool on my TV. I love bad guy aliens.

• The whole series has a serious Western vibe, with the Mando being the “Man with no name.”

• Anybody else see Enfys Nest’s soldiers in the bar? There’s also Jawas running around.

• More Droid prejudice. Even if Skippy the Jedi droid makes an appearance on the street.

• The cab guy (whose species was an Imperial spy in A New Hope) plays a flute and cabs come-a-running! Falling apart landspeeder taxi cabs. Why don’t they have roofs? Do the passengers prefer freezing?

• The bit with the frozen lake monster and the Mando’s fork gun reminded me of the Holiday Special (Complete with a Life Day reference). And the Mando’s ship? Sick.

• I love the idea that bounty’s can be frozen in Carbonite for easy transport and unloading. I guess the bounty hunting world got that idea from Boba Fett (wonder if he’ll make an appearance) in Cloud City, freezing Han Solo. 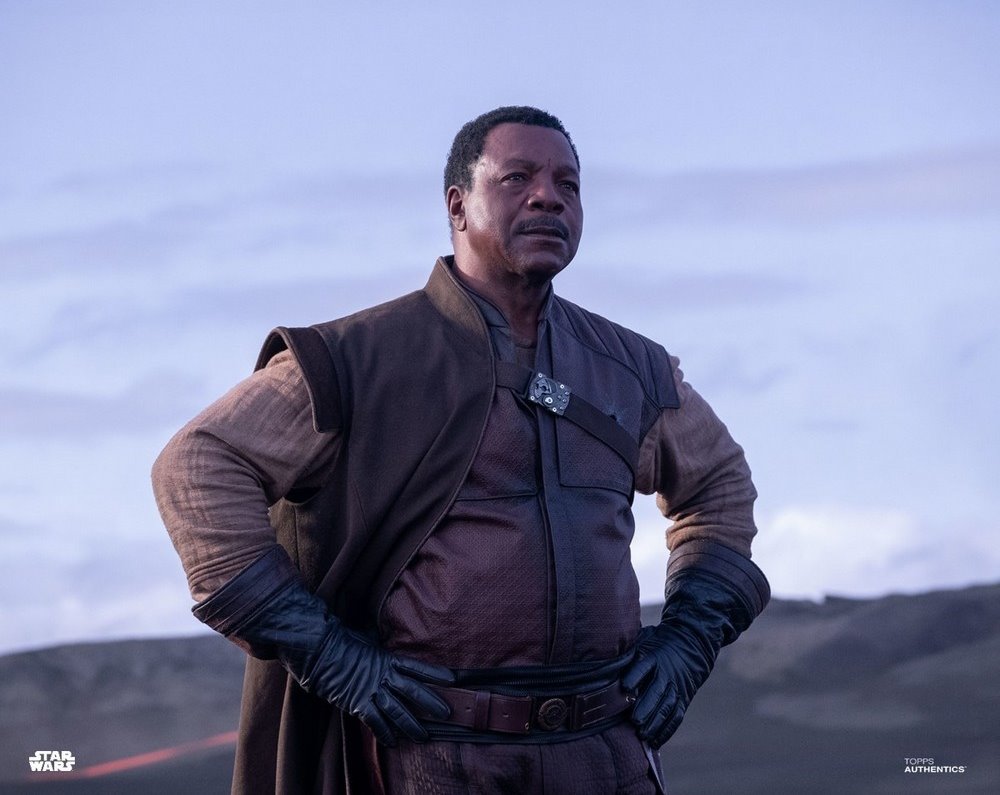 • Not sure if I can trust space Apollo Creed. He did know that the Mando would take the impossible job and let the Imperials know ahead of time. Bounty pucks and tracking fobs!

• Roasting Kowakian lizards and a Jabba Door-knocker. And a Gonk droid.

• Imperial Werner Herzog with his creepy accent and ability to dominate the whole scene makes an appearance. Who is he? A former Imperial wishing for the good ol’ days of galactic oppression to come back? The Imperial scientist was also wearing a similar uniform to Galen Erso from Rogue One. Great attention to detail. Perhaps they go on to help form the First Order?

• The Mando gets paid in a chunk of Beskar. Since I faithfully read Karen Traviss’ Republic Commando series, the word Beskar was already in my Star Wars lexicon. • After accepting the bounty, The Mando went into some kind of Mandalorian encampment with other Mandos and a blacksmith. She’s got a 300/Spartan helmet and made him a pauldron—apparently she’s known as The Armorer. Speaking of Republic Commando, this scene kind of reminded of that late lamented book series.

• Flashbacks! The Mando also mentioned being a foundling. And what’s a signet? Guess that will be something the Mando will find out during the series.

• “I have spoken.” It’s the Ugnaught Nick Nolte with his catchphrase! We know he appears later in the series, so I guess he tags along with The Mando for some reason. • BLURGGS!!! Fresh from their appearance from the second Ewok TV movie. This section was funny but ran a little long. Also, the Mythosaur made a dialogue appearance! How come IG-11 didn’t get himself a Blurgg and still managed to get to the enemy compound?

• That gun platform is awesome and I believe it’s based on an old Star Wars toy. 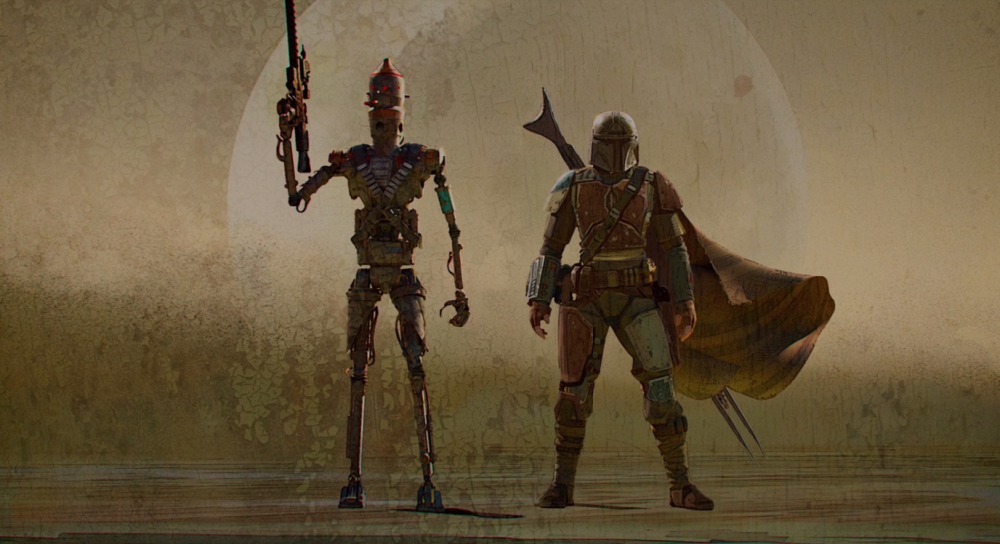 • Is that the last we’ll see of IG-11? I could recognize Taika Waititi’s voice and he was always willing to blow himself up. Also, the people who hired the Mando to capture the asset alive also hired IG-11 to kill the asset?

• The Asset: A baby Yoda. Judging by the look of the floating baby crèche, could this be some kind of Lone Wolf and Cub vibe? If it takes 50 years for a Yoda to just be a small baby, 900 years would be old age for that species. Besides Yoda, we’ve only seen one other his species – Yaddle from The Phantom Menace. She made a brief appearance in the tie-in comics of the time and then disappeared. Why was he protected by a small army? Why is he so important that many Bounty Hunters died to get him? Why does the Imperial remnant want him?