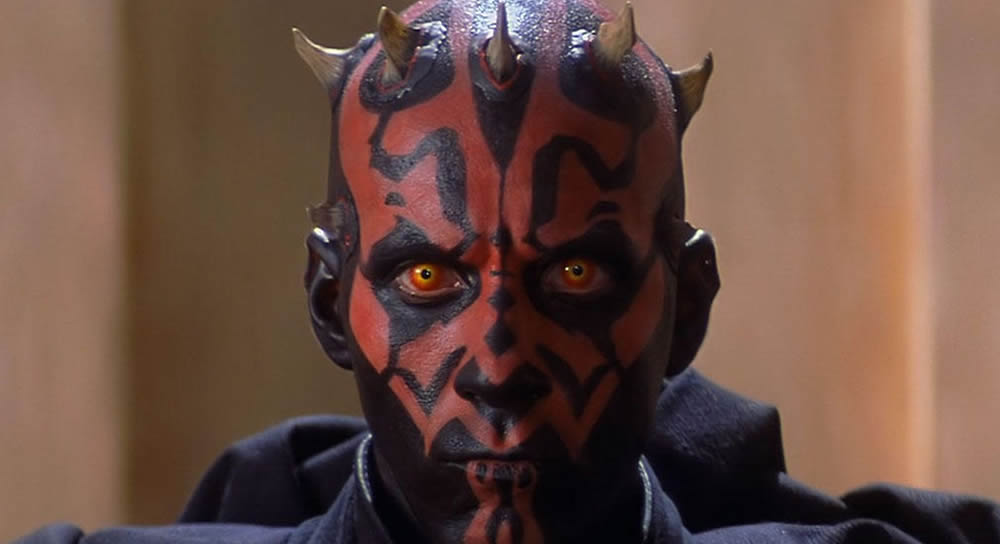 November 18th 1998 was the first day the phrase “Star Wars broke the Internet” was uttered.  For the first time in over 15 years we were going to see a new episodic Star Wars movie. The Force Awakens came close but arguably it didn’t hit the same peaks as The Phantom Menace teaser trailer.

Fantha Trackers each share their memories of that special day from 20 years ago.

Back in 1998 I was on 33.6kbps dial up connection. It’s actually pretty sad that I remember that and didn’t need to check Google for confirmation. When the trailer was announced previously I, like everyone else I knew, was desperate to watch it. I recall clicking the link to download the trailer, and waited, and waited… as it crawled to 1%, 2%…. After what seemed like half an ice age I gave up and downloaded it on my account at University, ready to take home. But disaster! It was bigger than 1.44MB which was the capacity of floppy disks back then. I had to use a program, axe splitter from memory, to break it into parts and then copy on multiple disks. Reassembling them at home…nothing.  I had no media player to play the file and that took another eternity to sort. 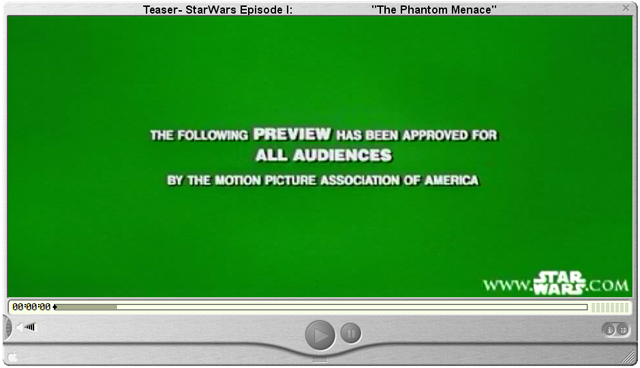 I then vividly recalled the tiny screen, probably 4″ square, and the grainy green image warning me the trailer had been approved. Next came the Lucasfilm logo, and I sat back to watch. Who were these creatures coming through the mist? Who is the guy with the red and black face paint? It’s difficult to explain how the Internet was back then especially in an age where we carry far more powerful devices in our pockets with images and video at our fingertips. After several rewatches I jumped onto Jedinet (my go to forum back then) and shared my experience with multiple other fans eager to see more of the new film. I do recall downloading the second trailer the following year, I upgraded to a mighty 56kbps by this point, but then struggling with the new Apple Quicktime player. I never saw the trailer in a movie theatre. For the record, I loved the movie when I saw it on opening night.

In November 1998 the internet was still in its infancy, not least in the Lyth household. Finally, after months of pleading, my parents had connected a modem to their landline and enabled us to take our first steps into the larger world of the web.

Of course one of the first websites I thought to visit was StarWars.com, where the trailer for The Phantom Menace had been posted. 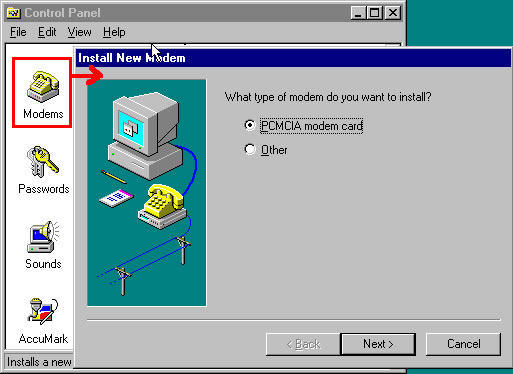 I remember anxiously waiting for the Quicktime video to download, my wait soundtracked by all the beeps and boops that were familiar to late ’90s dial-up internet users.

Eventually the file was downloaded… but catastrophe! Our Windows 95 PC simply refused to play the video it was now carrying inside it’s rusty innards. However after a while I discovered that by going into the file’s properties a ‘video preview’ appeared, and enabled me to watch the trailer (albeit a postage-stamp sized version).

So I sat, my nose millimetres away from the cathode ray tube monitor, and took in the trailer in all it’s 100px x 75px glory. And what a trailer… my heart was thumping with anticipation as the now-familiar yet then-mysterious foggy landscape came into view, followed by the words “every generation has a legend”. I’d watch this tiny version of the trailer again and again, getting goosebumps each time Liam Neeson introduced Anakin to Obi-Wan, bursting with excitement about the journey that Mr Lucas was about to take us on.

While it’s unbelievable to me that The Phantom Menace was twenty years ago – I swear, it barely feels like 5 years, not two decades – there’s one thing that feel fresh as a daisy and it’s that very first teaser trailer from November 1998.

There have been some superb and exciting trailers in the 20 years since, but nothing has got my heart racing like that first teaser. Seeing the gungans come out of the reeds on their Kaadu, the first new live action Star Wars we’d set eyes on since Ewoks: Battle For Endor 14 years before (not counting cut scenes in Rebel Assault), was entrancing. The music, the visuals, everything about it not only convinced me that I was seven years old again (I wasn’t, I was 28), but that I was about to see the greatest film ever made.

I was a latecomer to the PC game, getting my first PC built by my Lightsabre co-owner Louis Turfrey back in easter of ’98. Until then, all the website stuff we’d done had been on his PC, back in the days before Word (so the letter A was 1, the letter B was 2 etc). I was new to the technology, and as such I have no idea what speed the modem was (I remember I was on good old AOL at the time) or any other technical specification. I do remember the teeny tiny window I watched the trailer on was roughly 400x170px and I was able to move forward frame by frame, allowing me to soak up as much detail as possible. I still get goosebumps thinking about it. 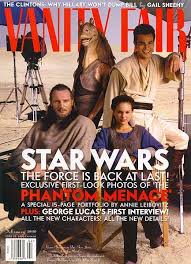 Whether I did see the greatest film ever made when I sat down at the Showcase next to the MGM Grand in Las Vegas at midnight on 19th May 1999 is a matter of opinion, but what’s not in doubt was the power of that trailer. It mobilised the internet from a mere feeding frenzy into a boiling river of hungry piranhas, ready to devour any info that came their way. We couldn’t resist, changing the name of our site from Wirezone to Lightsabre on 28th June ’99, between the US release and the films arrival in the UK on 16th July ’99.

Star Wars was everywhere, in magazines, on TV, posters, adverts, toy shelves, all ignited by the fuse that was lit by that teaser on 17th November 1998.

I remember the much anticipated first trailer for The Phantom Menace like it was yesterday. It was an exciting, but frustrating experience. It was exciting that we were getting a new Star Wars film after hearing about the possibility of prequel stories throughout the ‘Dark Times. In addition, it was exciting to be able to get my first glimpse of a new Star Wars trailer at my own home using my computer. However, it was a frustrating experience as well because of how long it look to download the amazing trailer because of the slow internet speeds at that time and the number of people downloading at the same time. 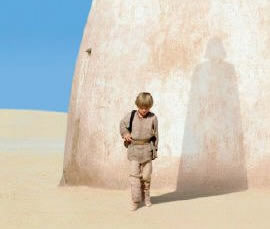 Ahhhhhhh different times – my main memory is the obstacle course that I created in my parents house by setting up a telephone extension so that I could download the teaser at a record low speed onto my PC. Impatient to see what was going on I must have watch the Lucasfilm logo and the Gungan’s emerging from the fog a few thousands times as I desperately pushed play hoping that the teaser had fully downloaded (it hadn’t).

Then finally when it was complete I think I must have watched the whole thing over and over again pretty much every day until the full trailer came out (premiered on the big breakfast over here if I remember correctly) because at this point for me Star Wars was back! I could not have been happier!

As others have already said, back in the dark days before broadband and Youtube we waited for ages to view the trailer, and even had to download the ‘realplayer’ application to view it. I seem to recall going to what was then called Memorabilia (now MCM Comic Con) and buying a CD-ROM copy off someone there which was much better quality, but the excitement of seeing the Lucasfilm logo, followed by the misty Naboo forest was something I’d waited for since 1983 and our last big screen (new) Star Wars experience. 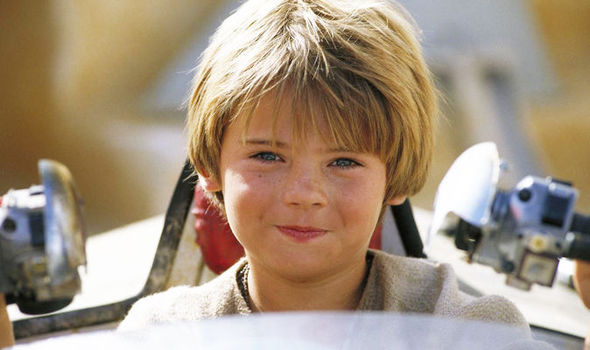 The ‘every generation has a legend…’ text and the fanfare striking up, Yoda’s ‘fear is the path to the darkside’ monologue, and of course the footage of a scary-looking, red and black character with a double-bladed lightsaber too my breath away. Who was this mysterious villain? And how come lightsabers were that much cooler in the Star Wars past!

The final words, ‘The Saga Begins’ led to more excitement than they probably should for a 20-something year-old, but it was NEW STAR WARS!!!!!