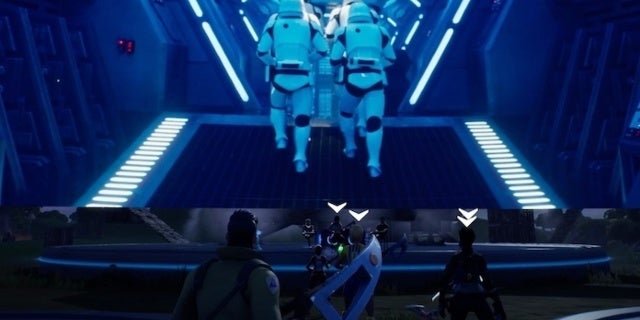 Fortnite has held their The Rise of Skywalker in-game event, and we were in the game as the event occurred.

The event was scheduled to take place at the “Risky Reels,” a specific point on the map, which has had a counter to warn people of the upcoming Star Wars spectacular.  But, the hype was so great, that about 10 minutes before the game, the servers went down.

I was at home playing on my PS4 when my connection went down on the PS4 but I managed to reconnect on my sons Switch, the problems remained on the PS4.

Then there was a general audio warning that due to the high volume of people, they would extend the planned event for another 10 minutes and they would be giving everyone the Tie Whisper Glider. 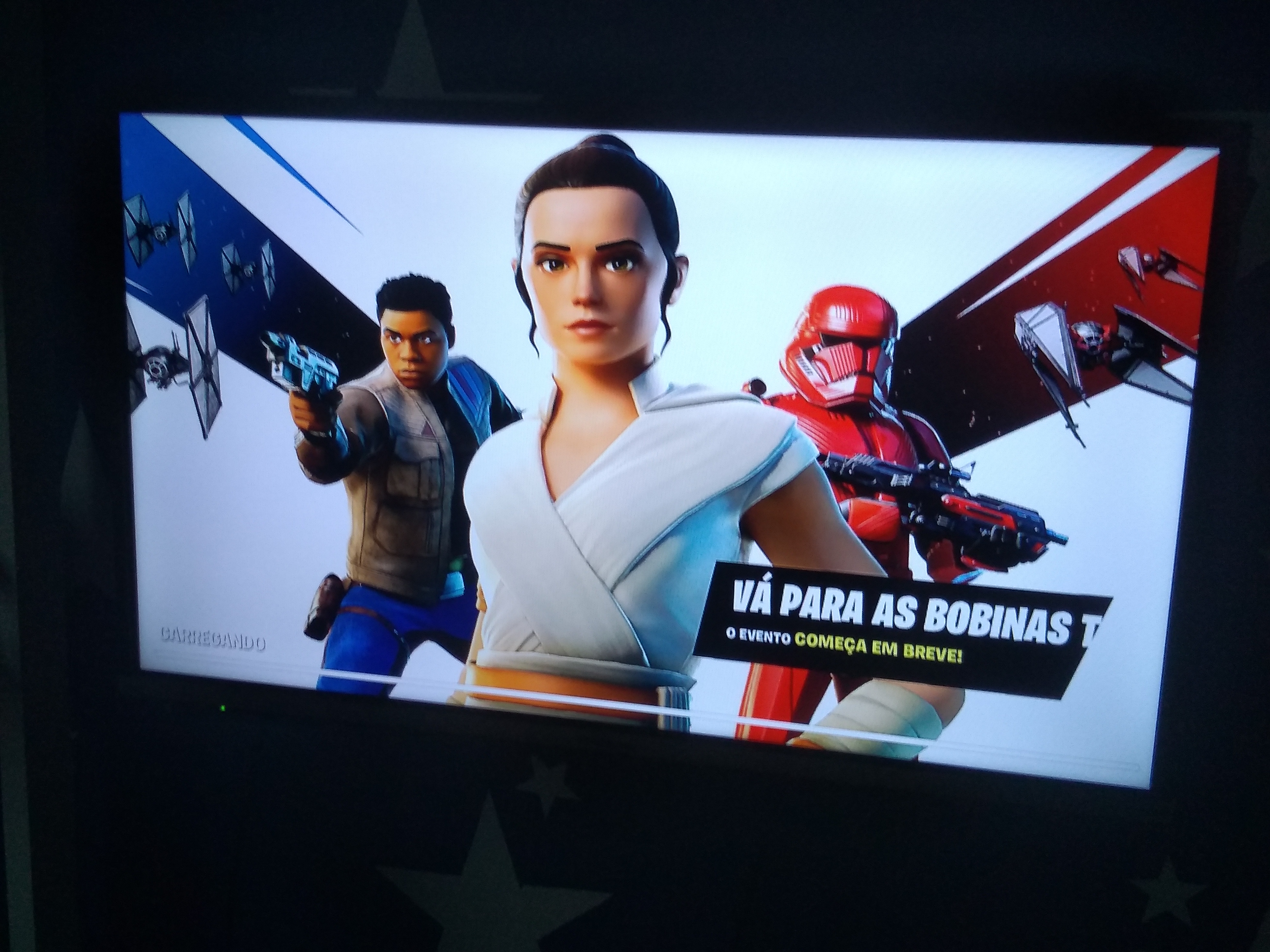 The event began with the Millennium Falcon in the air, being chased by TIE’s in a sky full of Star Destroyers, after a battle scene we could watch, the Falcon landed.

A trooper with a box comes out of the Falcon, along with Geoff Keighley, host and creator of the Game Awards.  Next came JJ Abrams, several jokes were made and then a poll was made for the crowd to vote upon for which scene they wanted to see.  I choose “Darth Jar Jar” (I was very curious), but the one that won was:

The Star Wars Fortnite event was pretty cool tbh. I wish more games had live events like this. pic.twitter.com/mtckeWC1uR

And to end the event, they released lightsabers for us to go out fighting: