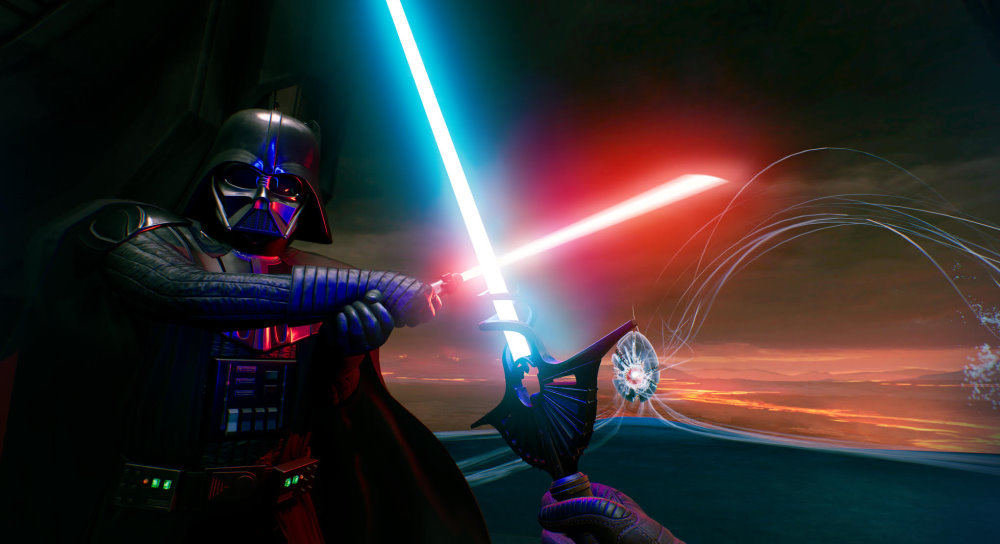 As if the month of November wasn’t busy enough for Star Wars content as we reach the final stretch before the arrival of The Mandalorian season one and the release of The Rise of Skywalker, we now learn that the third episode of Vader Immortal will be with us on 21st November.

OCTOBER 31, 2019 – SAN FRANCISCO, CA. Today ILMxLAB announced that Vader Immortal: A Star Wars VR Series – Episode III, the conclusion to the acclaimed virtual reality adventure, will be released on November 21st, 2019. Created in collaboration with Facebook’s Oculus, the episode will be available for Oculus Quest and Rift headsets.

“From the very beginning, Vader Immortal was conceived of as one overarching story where you were the lead character,” said director Ben Snow. “From learning the Force from Darth Vader, to uncovering the ancient secrets of Mustafar, everything has been leading up to the culmination of the series. We can’t wait for fans to discover firsthand how their story ends.”

Vader Immortal lets you step inside your own canonical Star Wars adventure, taking on the role of a Force-sensitive smuggler recruited by Darth Vader. Having discovered the Dark Lord’s nefarious plans, Episode III will allow you to lead an assault into Vader’s castle with the Force and an ancient lightsaber by your side. As you make your way to the top of the fortress, you will confront stormtroopers, a vengeful Imperial officer, and finally Lord Vader himself in a heart-stopping lightsaber battle with the fate of Mustafar hanging in the balance.

In addition to a lightsaber and the Force, Episode III will also feature classic Star Wars weaponry, allowing you to wield an Imperial blaster and thermal detonators in battle.

“Vader Immortal lets us do things we, as fans, have always dreamed of,” said producer Alyssa Finley. “Not only can you fight with a lightsaber, now you can use the Force to grab a blaster and take down stormtroopers, all before confronting Darth Vader face to face. There’s nothing like being at the center of a proper Star Wars adventure.”

A canonical part of the Star Wars galaxy, Vader Immortal is connected to the events of Star Wars: Secrets of the Empire — also produced by ILMxLAB — and is set between Revenge of the Sith and A New Hope. The first two episodes are currently available for purchase on the Oculus Store.

All 3 episodes of Vader Immortal now available on Playstation VR