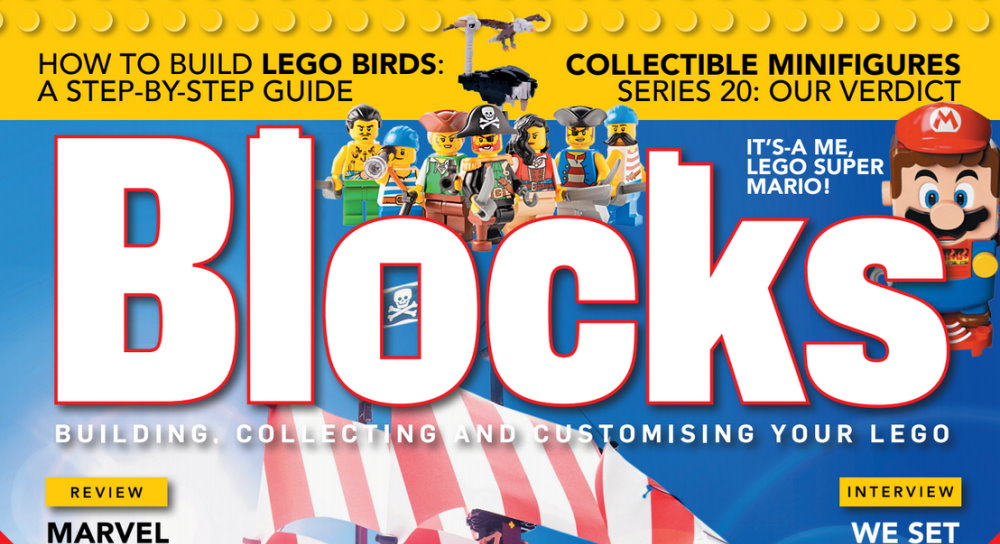 LEGO is the biggest deal in Star Wars merchandising and has been for a number of years, but before the licence was acquired in the late 20th century, LEGO fans ad their own galactic adventures with the much-loved LEGO Space series and this month, Blocks Magazine takes a look at some of those sets, specifically the Ice Planet set.

Blocks magazine Issue 67 is in UK shops now and is also available to buy at www.blocksmag.com, so readers can follow government guidance and order it from home. For those who want to make sure that they get their LEGO magazine fix every month, subscription deals are available too – the support of our readers is a huge help in these uncertain times. 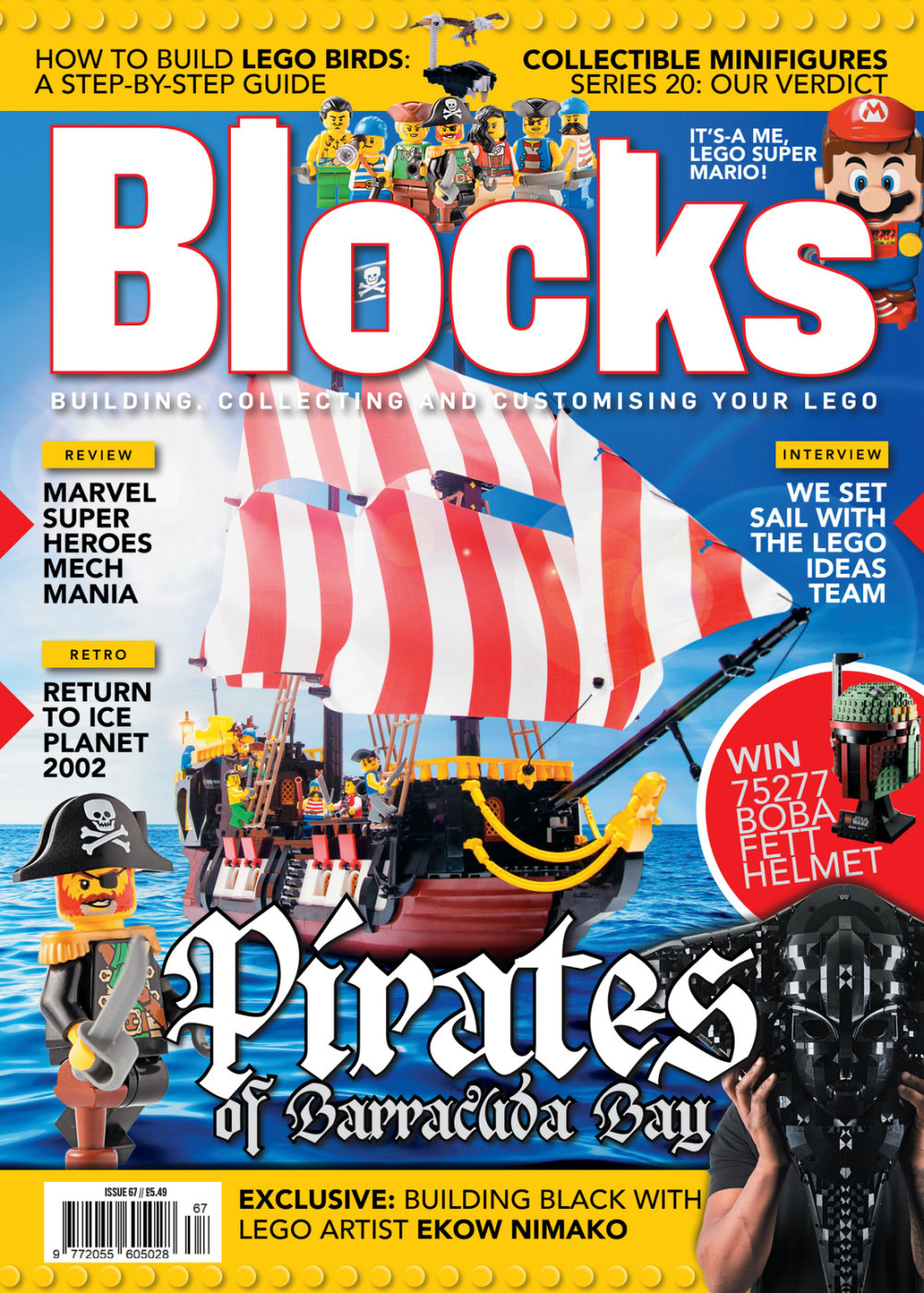 A detailed behind-the-scenes feature looks at the development of the latest LEGO Ideas set that is soaked in classic LEGO Pirates nostalgia – 21322 Pirates of Barracuda Bay. The salty crew behind the incredible build reveal how they decided to sneak two models into one set, the challenges in recreating vintage packaging and why there’s a trophy in Captain Redbeard’s cabin. Concept models illustrate the feature, showing how it went from the fan design to the finished set.

After taking a trip to the pirate island, the Review section gives the LEGO Creator Expert Fiat 500 a test drive, as well as checking out Collectible Minifigures Series 20 and a selection of the latest Marvel Avengers sets.

Sitting down for an in-depth conversation is Ekow Nimako, a Canadian artist who builds exclusively in black. He discusses sculpting with bricks, representation within his creations and whether LEGO builders are also artists, in what makes for a fascinating and thought provoking interview.

Blockstalgia turns back the clock to 2002 (or should that be 1993) for a look back at Ice Planet, the LEGO Space subtheme set on a frozen world. As well as putting the original sets under the spotlight, the Blocks team reimagines 6814 Ice Tunnelator, with exclusive instructions for building a modern version.

There are more tips and tricks in Technique, which this month offers a guide to building birds. From puffins to eagles, this will have your avian builds looking more lifelike and authentic than ever.

Due to the impact of coronavirus on the world, the Brickman Experience did not get to stay open for long during its UK debut. To provide a taste of LEGO Certified Professional Ryan McNaught’s exhibition, Blocks magazine shares an exclusive interview with the Aussie builder and a look at some of the models in the exhibition.

That’s by no means all though, there is plenty more packed into Blocks Issue 67’s 116 pages –including Top Ten, Month in LEGO, Mod Squad, Rebuild Challenge and Month in MOCs.

To get Blocks magazine delivered every month – ahead of the shops – visit www.blocksmag.com and check out the money-saving subscription deals available. Everyone who subscribes by July 1 will be in with a chance of winning 75277 Boba Fett Helmet (existing subscribers will automatically be entered into the prize draw). 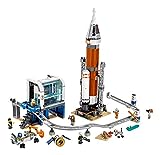 Blocks Issue 64: how to add an interior to the Imperial Star Destroyer

Blocks Magazine Issue 63: A LEGO celebration of Star Wars: The Rise of Skywalker

Blocks magazine Issue 62: Get ready for a LEGO Christmas