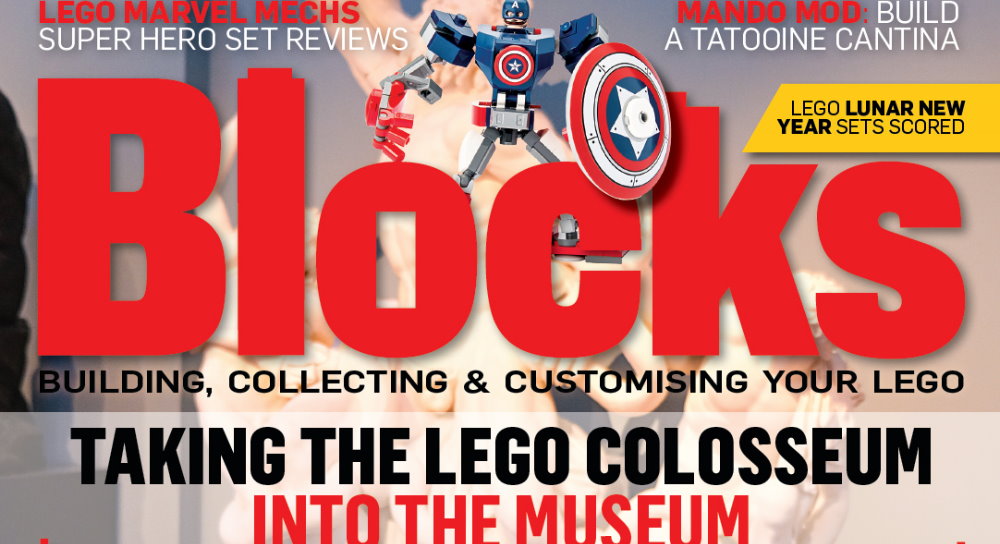 Blocks Magazine #76 is out tomorrow and brings with it the usual LEGO information from across the brick galaxy as well as plenty of Star Wars related news.

The latest Blocks magazine takes 10276 Colosseum to the Ashmolean Museum, turns a LEGO Star Wars set into the cantina from The Mandalorian and speeds over the finish line with Classic Race. Blocks magazine Issue 76 is available worldwide at www.blocksmag.com now and will arrive in UK shops this Thursday.

Mod Squad is the Blocks build feature that takes an existing set and does something fresh with it. This month, you can take 75270 Obi-Wan’s Hut and, with the exclusive Blocks instructions and some extra pieces, transform it into the Mos Pelgo cantina from The Mandalorian Season 2.

We also review the new, smaller X-wing and TIE Fighter and put them side by side with the previous versions to see how they measure up. Month in MOCs features a fan’s Octuptarra Droid creation and From the Vault recalls those creepy-eyed Clone Wars minifigures.

When a set is as momentous as 10276 Colosseum – the largest LEGO model ever released – it needs the extra special treatment. Blocks takes the set to the University of Oxford’s Ashmolean Museum, where Dr Milena Melfi explains why this historical location is so significant. The model even goes on display in the museum’s galleries alongside actual Roman artefacts.

That’s not the only history lesson this month, as we take a look back at toy fair events. With this year’s shows cancelled, we reveal why these events are so important to the LEGO Group and toy industry as a whole.

There is a build project for everyone this month, offering different ways to occupy the extra time at home. Star Wars fans won’t need a camtono full of bricks to build their own Mandalorian cantina – 75270 Obi-Wan’s Hut can be converted into the location with a few extra pieces and our exclusive instructions. 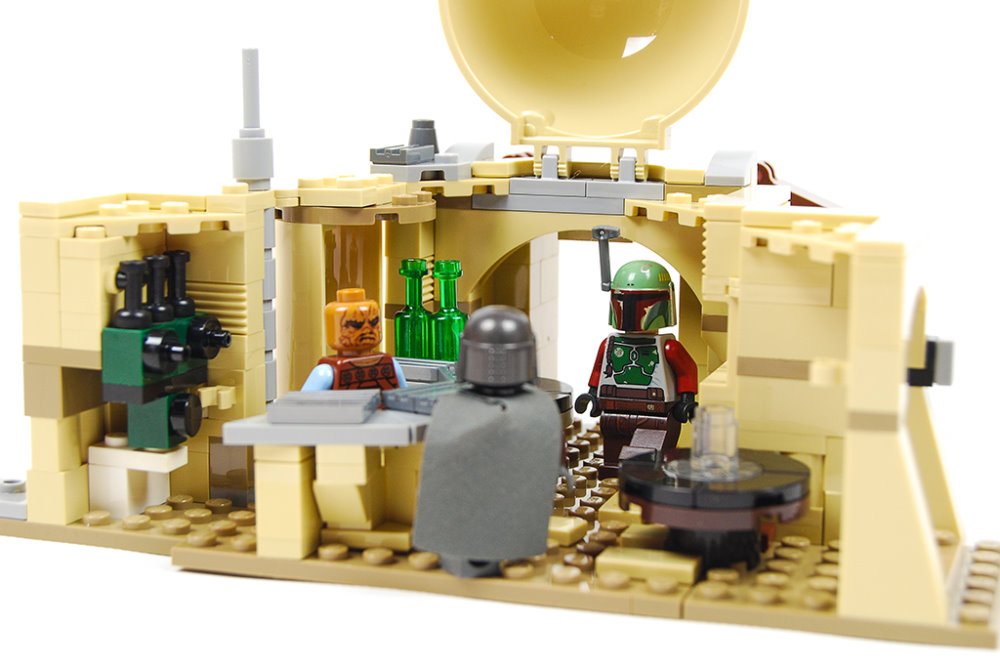 For those who like to start from scratch, there are entirely original models to build too – Technique reveals different ways to construct grandfather clocks that will make any LEGO building more elegant. For those who need things with more speed, we revisit Classic Race and show how those cute race cars can be given a modern update.

With so many great new sets having launched at the beginning of this year, there’s a bumper Reviews section too. 10278 Police Station, 80107 Spring Lantern Festival, 80106 Story of Nian and Collectible Minifigures Series 21 are all covered, as are the new, smaller Star Wars ships and the latest Marvel releases.

There’s more besides, including an interview with the fan designer behind 40448 Vintage Car, a look at 10280 Flower Bouquet with Model Designer Anderson Ward Grubb and a debate about those new City road pieces. Month in MOCs, Piece Perception, From the Vault, Top Ten and Ideas Showcase are all back too.

Be in with a chance of winning 10276 Colosseum, the largest ever LEGO set! To be entered into the latest prize draw and to get Blocks magazine delivered every month – ahead of the shops – visit www.blocksmag.com and check out the money-saving subscription deals available.

Everyone who subscribes to the print edition by March 3 will be in with a chance of winning (existing subscribers will automatically be entered into the prize draw).