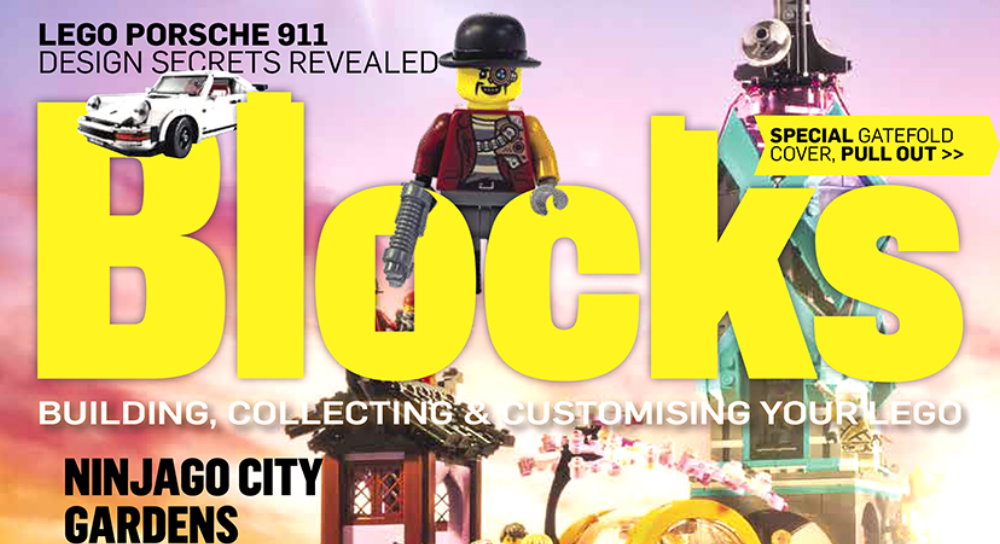 Blocks Magazine #77 arrives 4th March bringing with it a look at Ninjago, International Women’s Day and looks back nostalgically to the early Star Wars sets.

Arriving ahead of International Women’s Day, Blocks magazine Issue 77 celebrates the women who make the LEGO magic happen in a series of exclusive interviews before taking an in-depth look at 71741 NINJAGO City Gardens.

Blocks magazine Issue 77 is available worldwide at www.blocksmag.com now and will arrive in UK shops on Thursday, March 4. Subscribers are already starting to receive their copies. March 8 marks International Women’s Day 2021 and to celebrate we are speaking to five of the women who are building the future of the LEGO Group. Chief Product & Marketing Officer Julia Goldin discusses how LEGO products stay relevant as children’s tastes change and why a diverse workforce is better all-round. We also speak to Tara Wike, Signe Lønholdt, Laura Perron and Signe Wiese about their vastly different but equally fascinating roles.

When a big new set wows fans the way 71741 NINJAGO City Gardens has, it deserves to take the cover spot. Opening up this special gatefold cover reveals a beautiful extended image of the three NINJAGO City sets, while the interior three-page image shows the trio of models connected. Inside you’ll find a review of the set and two modification guides – one for the single set, one for the full trilogy.

Design Master Mike Psiaki takes us into the LEGO garage where he fine-tuned the Porsche 911. He reveals everything petrolheads will want to know, including why it’s in white, whose idea it was to make it a two-in-one and which version of the car is his favourite.

A long time ago in a toy shop far, far away, there was a selection of original LEGO Star Wars sets. Blockstalgia presents a misty-eyed look at the first ever X-wing and Snowspeeder, before the Jedi Starfighter is rebuilt in the style of those 1999 releases.

Within the 116 pages you’ll also find a primer for LEGO VIDIYO, a debate about whether new sets will be future classics and a look back at when LEGOLAND Billund opened. Regular sections include Month in MOCs, Ideas Showcase, Top Ten, Technique, Piece Perception, This LEGO Life and more.

Blocks is giving away two 71741 NINJAGO City Gardens sets this month! To be entered into the latest prize draw and to get Blocks magazine delivered every month – ahead of the shops – visit www.blocksmag.com and check out the money-saving subscription deals available.

Everyone who subscribes to the print edition by March 31 will be in with a chance of winning (existing subscribers will automatically be entered into the prize draw).