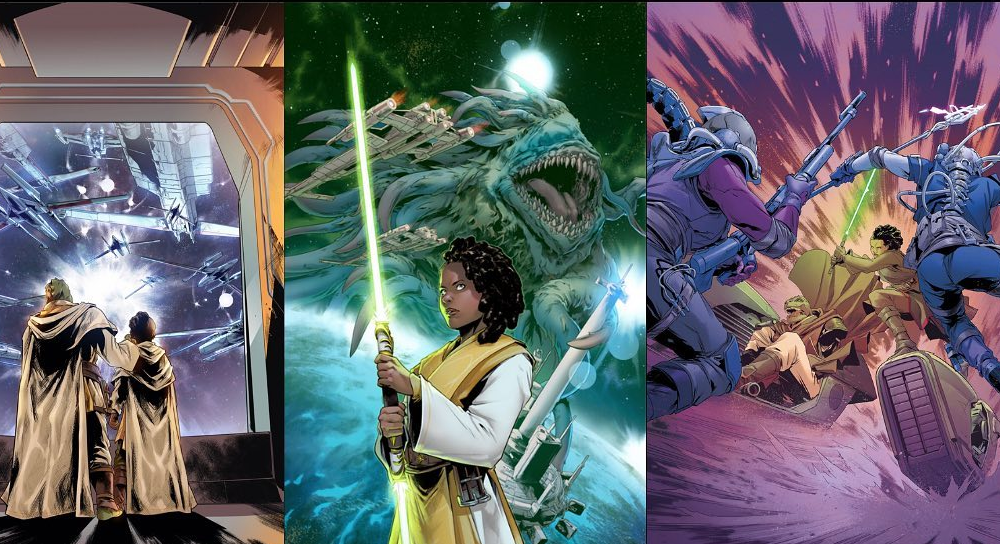 The team over at Comic Book Exclusives have dropped the cover for their latest Star Wars High Republic variant, this time for issue four – and it plays homage to an iconic Clone Wars comic from the Dark Horse era.

The 2008 Dark Horse Comics The Clone Wars #1 “Dark Horse 100 Special Edition” comic told the “Slaves of the Republic – The Mystery of Kiros” tale, and originally had a cover by creator Dave Filoni.

Now ComicBookExclusives have made their own High Republic homage with artist Paolo Villanelli, in both raw and virgin editions – each with its own colorings. 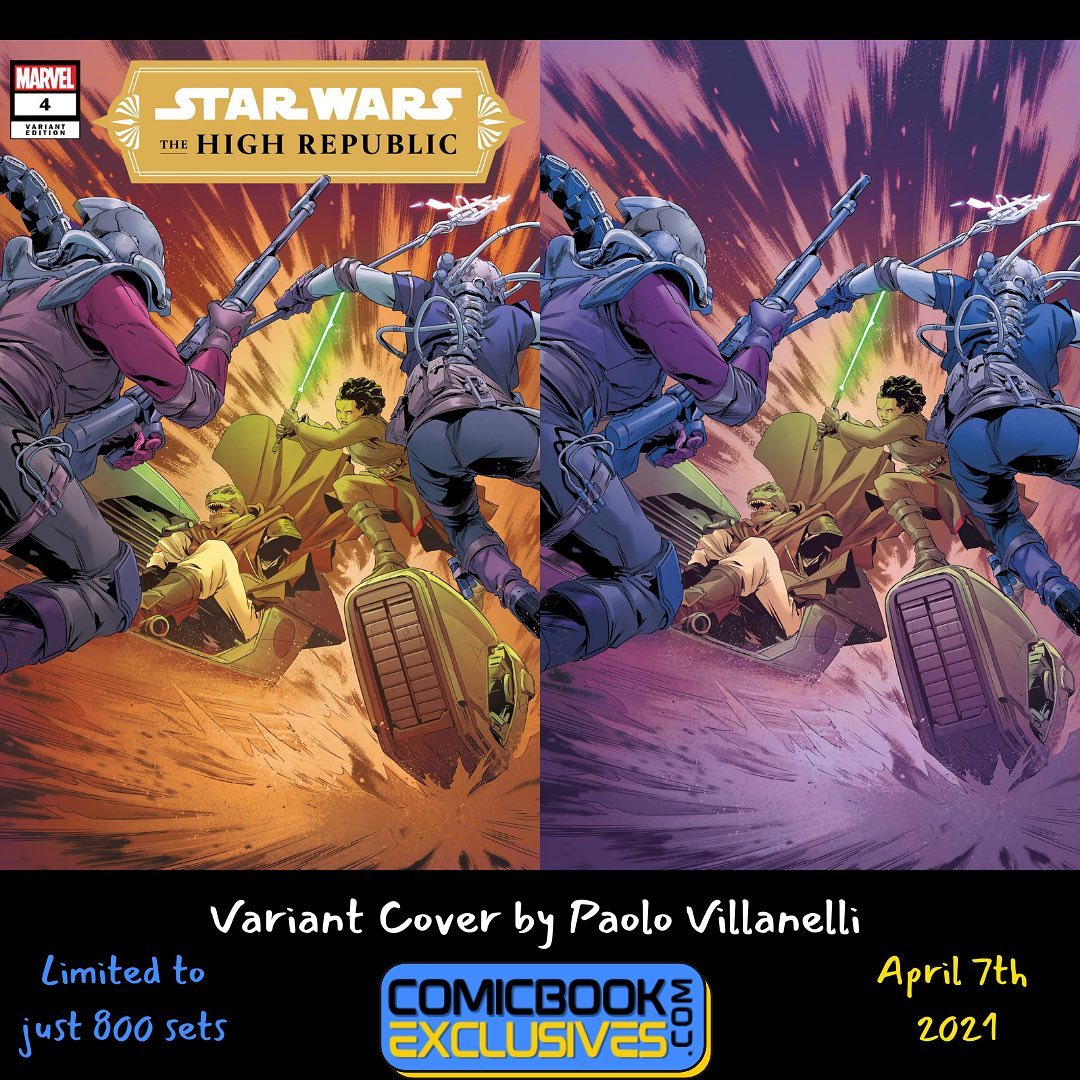 This is the third in a trilogy of homages with previous homages to Clone Wars and Heir To The Empire created for The High Republic #1 and #3 variants they released.

The #4 variant will be sold for $80, and be limited to 2 per household.  Their #3 variant sold out in under three minutes!!! 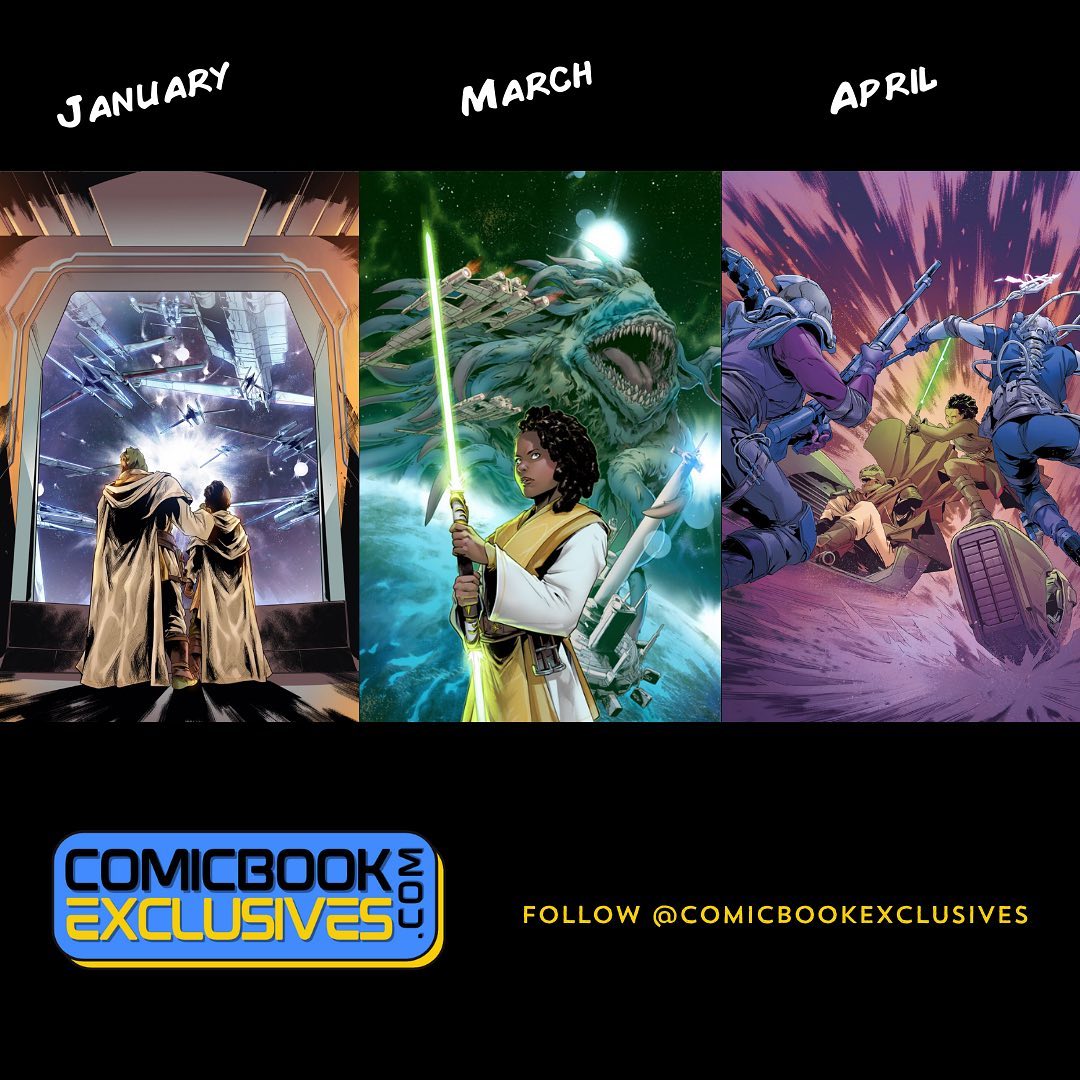 The news of the new cover was broken on the 3 C M Comic Talk YouTube channel which you view below.

ComicBookExclusives specialize in ultra rare variant covers, and so there will only be 800 copies of each of the raw and virgin editions of this cover – so you will have to work fast to secure your copy.

Be sure to subscribe to their social channels to get the first info on when the comic will be available to purchase.  In the past they have also operated a number of competitions to win copies with their friends and partner sites – so you will want to keep checking their Instagram and Facebook pages 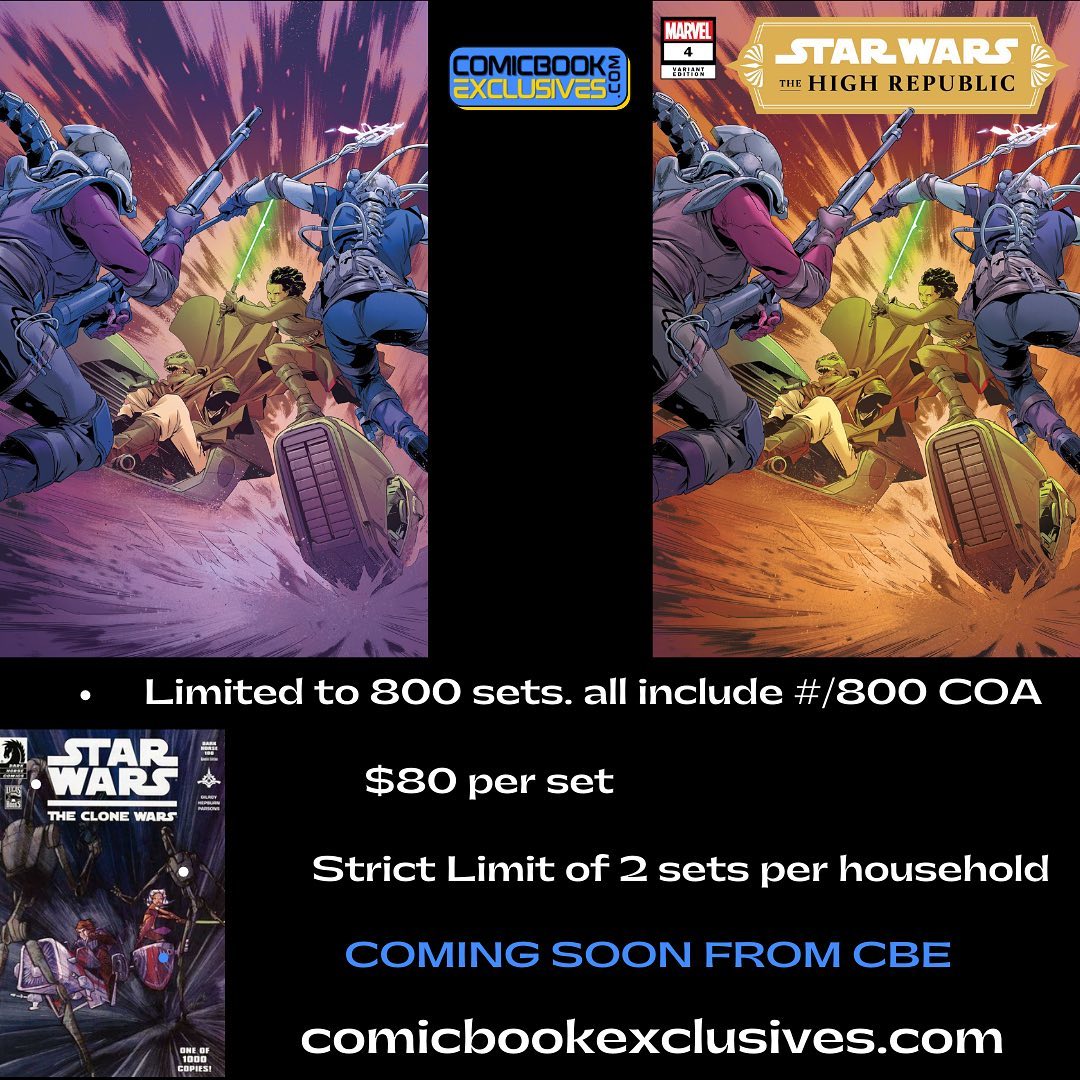 If you want to learn more about ultra rare Star Wars comics, you can also check out Comic Book Invest, who have compiled an exhaustive list of 229 comics with 518 first appearances, each have seen their prices sky rocket over the past year as interest exploded around Star Wars comic collecting.

Back In Black: Mike Mayhew’s Stellan Gios Cover Has A New Shadow Variant

The High Republic #1 goes to a FIFTH printing

Look inside the covers of The High Republic #4, coming 7th April

Cavan Scott talks to Marvel about The High Republic

Look inside the pages of The High Republic #3