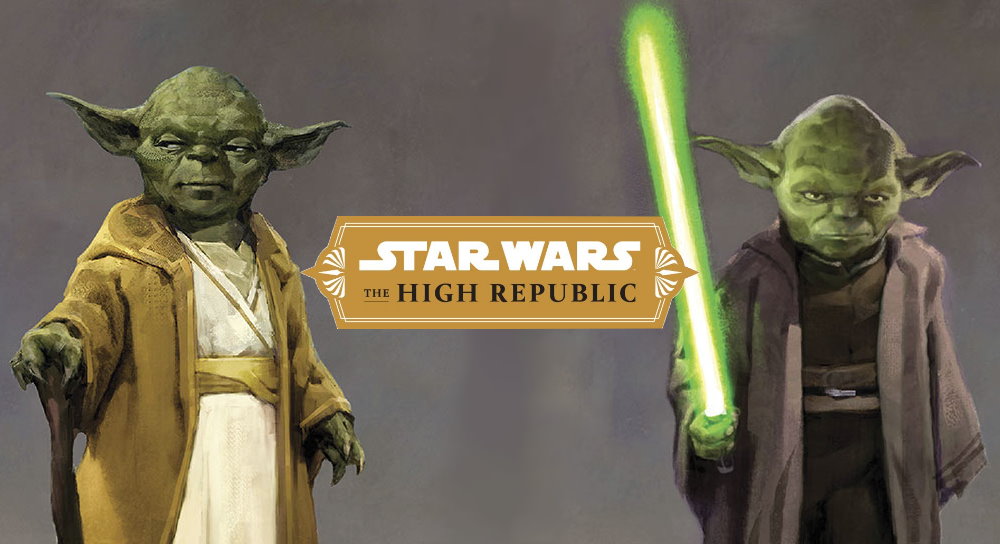 If you hadn’t already heard, The High Republic arrives on 5th January 2021 with Star Wars: Light of the Jedi and StarWars.com have launched a dedicated section of the official site specifically for all the latest High Republic news. Here you can find the databank entries, book and comic announcements, launch videos and more.

In the all-new era of the glorious HIGH REPUBLIC, the noble and wise Jedi Knights must face a frightening threat to themselves, the galaxy, and to the Force itself…

Star Wars: The High Republic launches in January 2021 with original stories spanning a variety of books, comics, and beyond.

Along with this new area of the official site, the look of the 700 year old High Republic era Yoda was revealed, designed by the man who brought us Darth Maul, Iain McCaig and appearing in the Star Wars: The High Republic Adventures comic, coming 2021 from IDW Publishing. 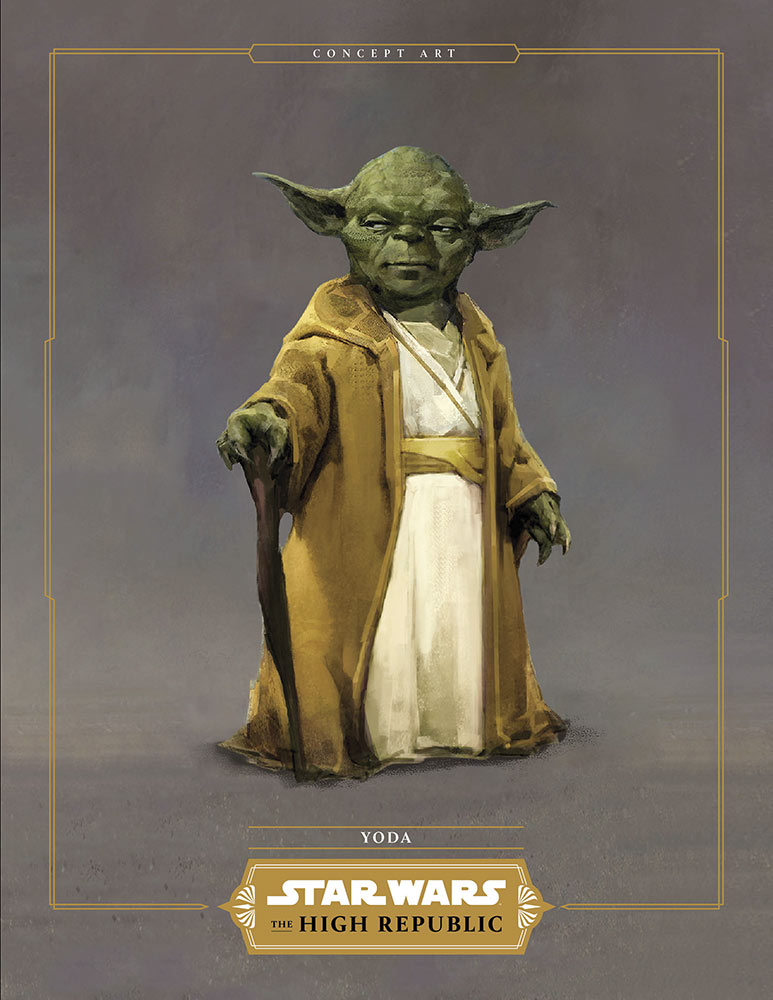 Once design work began, Lucasfilm didn’t want to fix what wasn’t broken. At the same time, there was an obvious need to show that these were earlier days. “Well, Yoda is not that much younger — around 700 years old instead of about 900. But we thought that with it being hundreds of years earlier, he would definitely have a different outfit, maybe even more than one,” says Alders. “His age, as far as the way that his hair and face look, is maybe just slightly younger, but fairly close to his look in Star Wars: The Phantom Menace.” And since the thinking was his appearance wouldn’t be radically different from that of Episode I, Alders went to one of the talents who visually defined that film.

“Right away, concept artist Iain McCaig felt like the go-to artist to help us start to explore this new look for Yoda,” says Alders, “so we called him up and started to talk about what directions to explore.” Other artists contributed, as well, with Disney Publishing illustration manager Jeff R. Thomas and Star Wars: Dark Legends artist Grant Griffin playing key roles in defining the final look. Griffin’s concept art, revealed here exclusively, shows a Yoda with slightly less mileage in terms of wrinkles, as well as fresh outfits; note the previously established High Republic-era lightsaber holster, more layered tunics, and cloaks reflecting the era. “This mission outfit, with just tonal markings on the robe, are inspired by the Jedi Temple architectural details. Many new fans may not even notice these very subtle additions,” Alders says. “The temple attire, however, from this special time of the golden age of the Jedi, feels so right with its elegance, and we are all extremely grateful for the artists that helped us arrive at such a beautiful solution for this important milestone in the Star Wars timeline.” 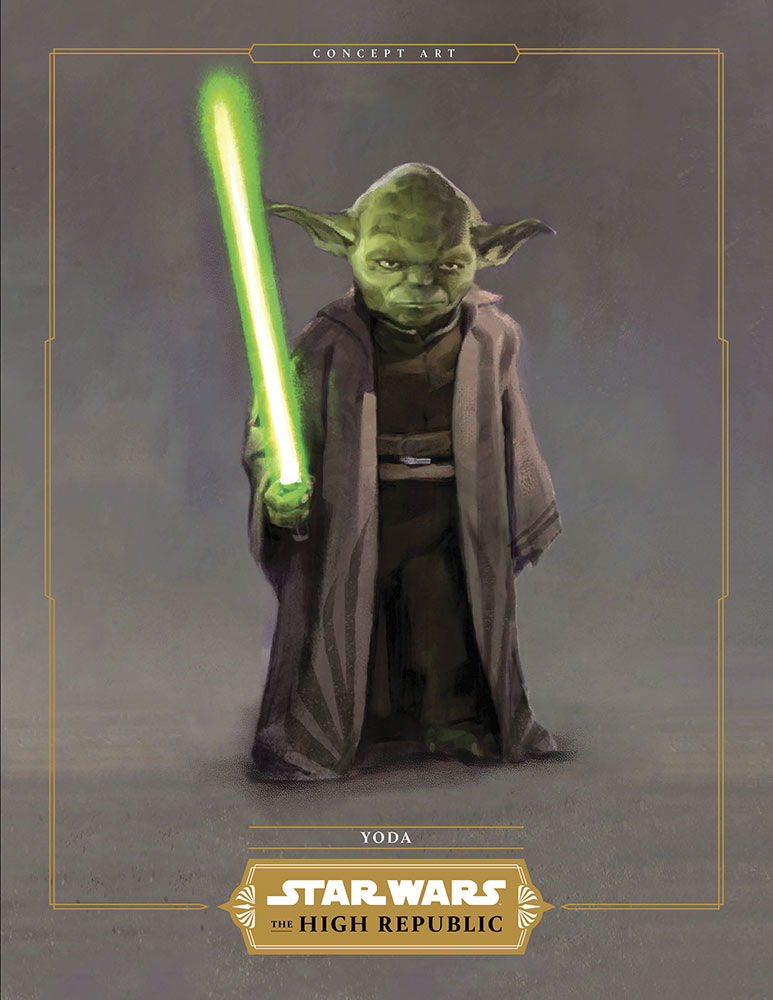 Alders and his team of artists took great care in getting these designs right — making sure they were worthy of the story, and a character loved across the world.

“I do not think that I, or anyone on our team, fully realized what a huge task this was,” Alders says. “But looking at where we arrived, after many countless explorations and iterations with various creative minds and artists, it feels authentic to what this noble Jedi would wear. Dressing Yoda for this epic time period, and creating designs adorned with gold, using beautiful fabrics and details, is something that he and all of the Jedi very much deserve, and the end result, I think, is gorgeous, and really celebrates this exciting and visually rich, gilded era.”

The High Republic: A Test of Courage excerpt