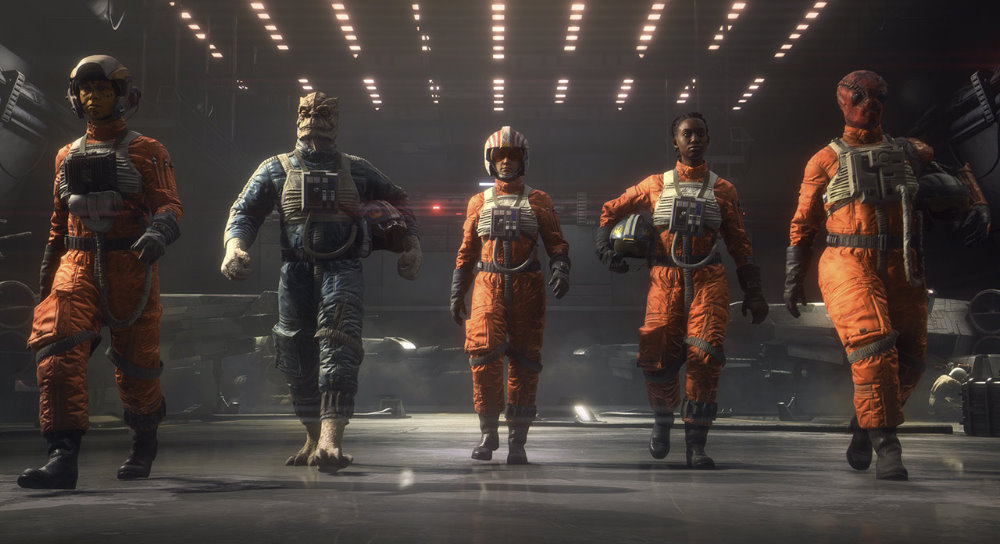 Over at the official Star Wars: Squadrons website, Joanna Berry brings us a short story Vanguard Squadron story as the pilots of the squadron come up against Imperial complications as the consequences of an old encounter comes back to haunt them.

When you’re holding steady at just below flank speed in open space, streaking towards a thousand scintillating stars, your world becomes vibrant and simple.

The engine vibration, transmitted through the balls of your feet and the fine bantha leather of your gloves on the throttle, is like the tone on a viol string to a trained musician. A fraction too low or too high, and you risk a stall — a disaster for you and your squadron in combat. But the A-wing is a daredevil’s starfighter; it handles well at extremes. It won’t stall. You know that, with the same calm certainty that you know your own name—

“Knock it off, Keo. Flying with your eyes closed ain’t impressing anyone.”

Keo Venzee opened their eyes and looked to their right, grinning at the Y-wing bomber with green-and-blue detailing now flying alongside. Its fuselage visibly quivered as it tried to keep up.

Through the Y-wing’s canopy, Keo’s squadron mate Frisk waved a scaly, three-fingered hand. His deep voice crackled over the comm again. “We all know you can fly that kite in your sleep, hotshot. Ya don’t need to prove it.”

Keo shrugged. “Well, when you fly a Y-wing, I guess you know what it’s like to feel half-asleep…” 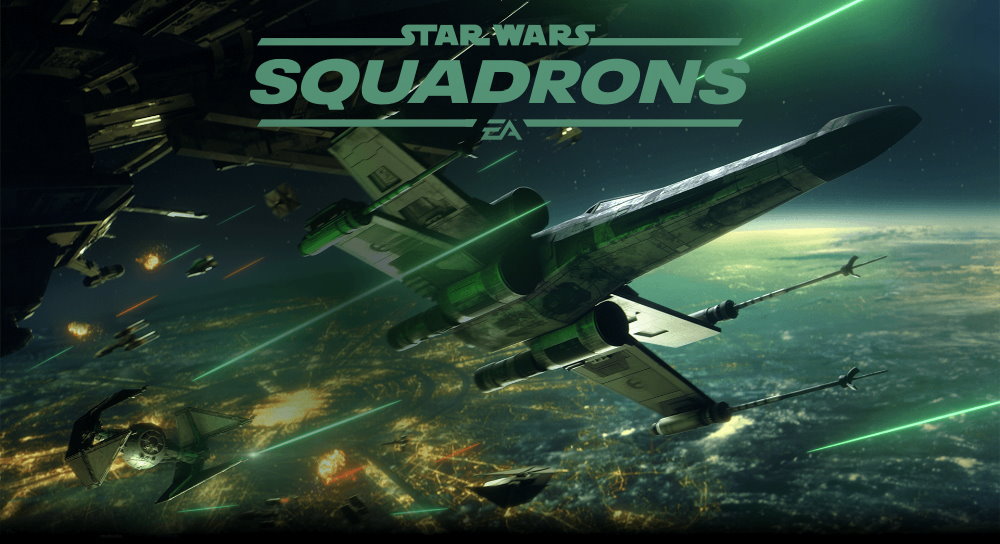 The two of them banked against the stars. Ahead, Keo could make out a faint golden veil, the leading traces of the Ringali Nebula that weaves its way across the Bormea Sector. Far behind them was a small fleet of New Republic corvettes, a Nebulon-B frigate, and the mighty MC-75 star cruiser Temperance, along with an assignment of starfighters that made up Vanguard Squadron. Their squadron.

Keo throttled the A-wing back down with a practiced hand. A Mirialan with yellow-green-skin, mid-twenties at most, they didn’t look old enough to be an experienced pilot. A string of racing rivals, and later Imperial pilots, had made that mistake, and paid for it. “It’s nice to finally stretch our wings. Even if it’s just a routine patrol.”

Frisk grinned over at Keo through the Y-wing canopy—quite the sight on a Trandoshan. His cream-colored snout poked out of his battered helmet, showing off a mouth full of sharp teeth. “I’ll say. Three weeks stuck in the fleet? It’s all this New Republic protocol, I’m telling ya. When we were a rebellion, nobody had time to sit on their tails that long.”

Keo leaned back in their seat. “Unless it’s for a good reason.”

“Well, I ain’t one to gossip—” Keo snorted, with one hand over their comlink. “—but word over last night’s sabacc game was that we got a new secret operation lined up. Something big.”

“Aren’t you banned from playing sabacc in the wardroom?”

“Never said it was in the wardroom. Got to stay in practice.”

“Ah, that reminds me,” said Keo. “I’m behind on my training. Can’t practice moves like this in-fleet.”

You listen for the engine tone, you know how far to push it, and go—

The A-wing peeled off and banked to port, then looped back and came in low over the Y-wing, skimming Frisk’s canopy by an arm’s length. Then it swung up and accelerated away so hard its engine wash barely had time to tickle the Y-wing’s nose.

Keo chuckled, bringing the A-wing back into formation. “That move won me the Socorro Sunset Grand Prix.”

Frisk huffed. “Well, yeah—anyone can get an A-wing to dance. Ain’t so easy for a bomber.” Keo heard knuckles crack. “You want to see skill, watch this—”

“Ardo Barodai to patrol.” A voice, gruff but not unfriendly, filled both their helmets. “When you two have finished clowning around, head on back to the Temperance. I’ve got a new assignment for you.”

Keo and Frisk exchanged a look between cockpits.

Frisk scowled as they swung back towards the fleet. “That was gonna be a great maneuver, too.”

“Of course it was.” Keo hit their boost thrusters. “For a Y-wing.”