STAR WARS NEWS IN A SINGLE FILE
Search
Home News Literature & Art The Battle for All at Kalakar (Six): Darths Vader vs. Maul 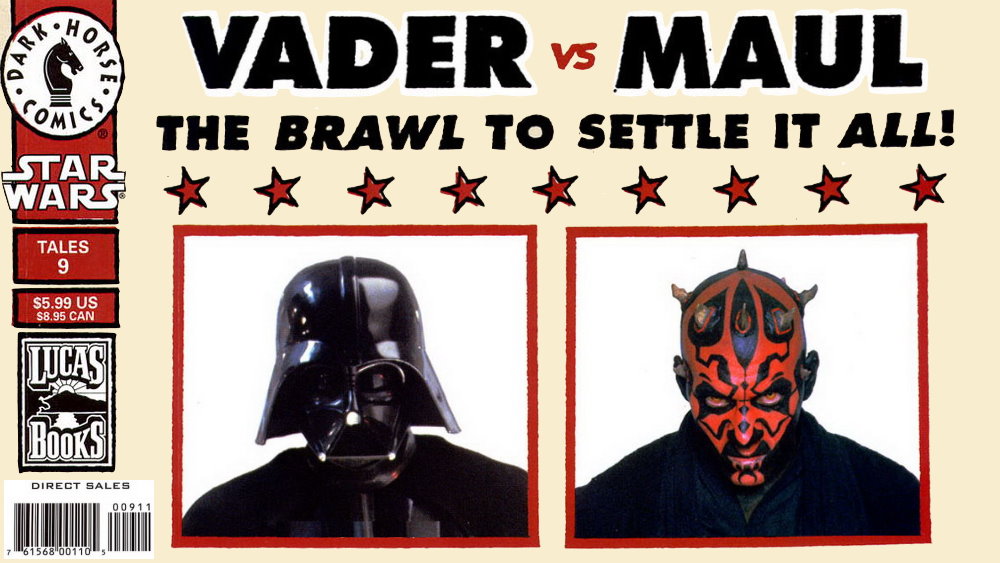 Remember Star Wars Tales? It was a monthly comic book from Dark Horse that took a more unusual look at the (now Legends) Expanded Universe. According to Wookieepedia, “Each issue is an anthology of stories from various eras of Star Wars. Although the stories themselves are unrelated, many issues were themed around a single character, group or era. Each story varies in length, with six or so stories in each issue, adding up to a total of 64 pages.” They weren’t exactly known for sticking to canon and a lot of the stories were simply comical. I even wrote an article about the awesome Han Solo/Indiana Jones story a few months ago. 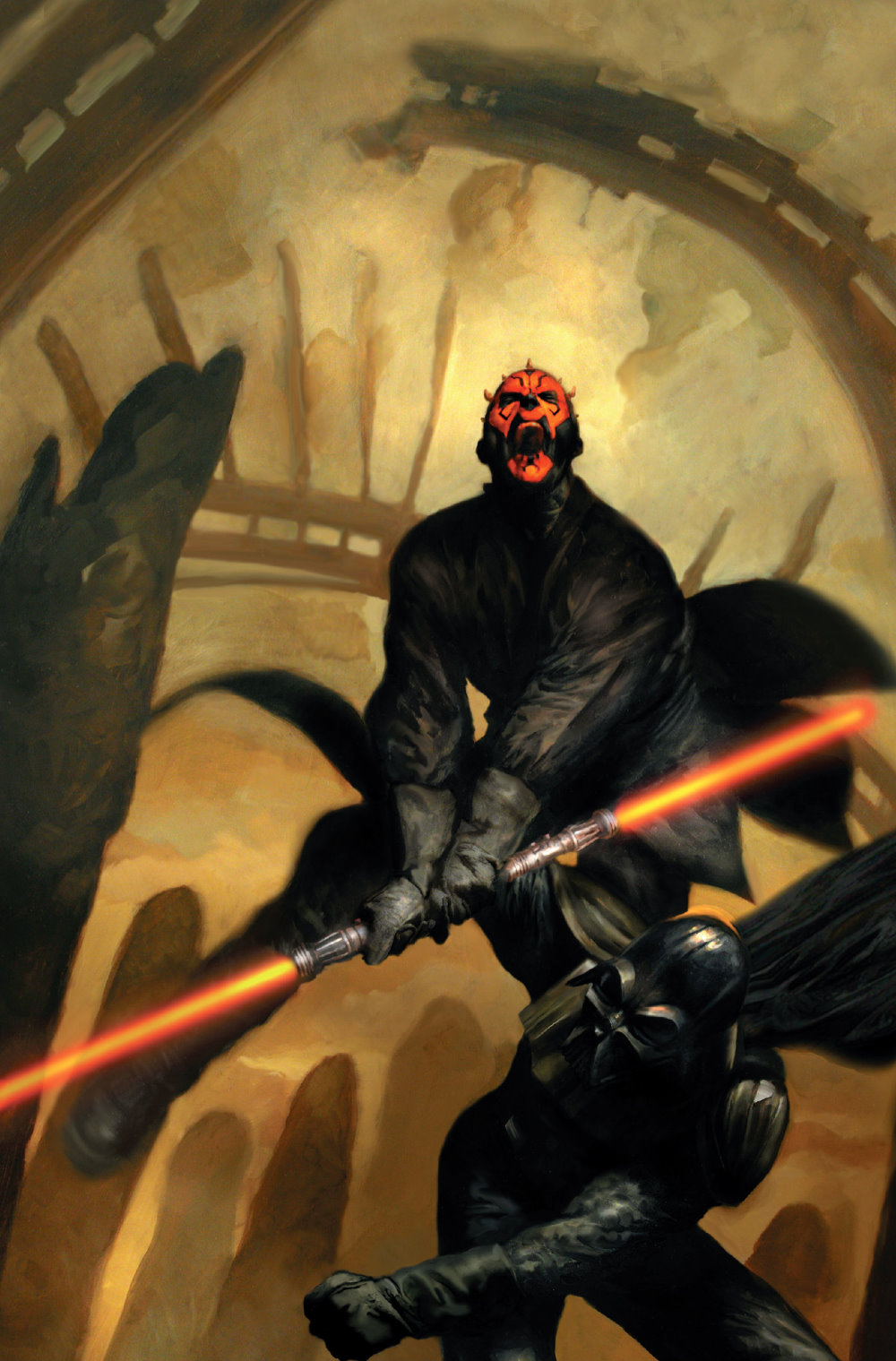 One such story was from Issue #9, published in September of 2001. It was a story by Ron Marz and pencils by Rick Leonardi. What would happen if Sith Lords, separated by different time periods in Star Wars history, got together and fought? Darth Maul, who was supposedly killed by Obi-Wan Kenobi (this was obviously long before Rebels and Solo). Darth Vader, the fallen Jedi Anakin Skywalker (Episode III doesn’t come out until 2005). The ultimate Sith battle. It’s the story fanboys always argued about.

It begins with three cloaked figures, super skinny dudes by the way. It’s official name is…”Resurrection.” An Imperial Shuttle lands on the planet Kalakar Six. It’s a pretty desolate place. There’s an uncharacteristically talkative Darth Vader, babbling about Rebels. If this was written now, Vader would probably be silent with a few rectangles showing us his thoughts. It apparently takes place shortly before A New Hope with “stolen Imperial plans” Guess they never saw Rogue One. We get some equally talkative Stormtroopers with expository information. One by one, these troopers are killed off by a fast-moving black-cloaked figure. Vader comes across an abandoned fortress that only he can open. Vader senses something…familiar. So we eventually find out those skinny cloaked guys are dark-side adherents who find Vader wanting as a Sith Lord. They resurrected a worthy Sith Apprentice for the Emperor, Darth Maul! Back from the dead, with 2 legs and a fully intact torso! They begin to FIGHT! Maul babbles about how great a Sith he is and how bad Vader is, Vader babbles about how bad he is, etc.  The two fight in a lava field (again, preempting Ep. III by a few years). The main point of this article is the end of the point, how friggin’ cool it is. Maul has the drop on Vader, who’s on his knees. Right before the coup-de-gras. Vader Force-pulls his lightsaber to him and ignites it against his own chest. He not only impales himself, but also Maul. Then, the coolest line in the old EU: “What could you hate enough to destroy me?” Vader answers (in his best James Earl Jones impression): “Myself.” It’s pretty damn perfect line. It perfectly encapsulates the turmoil inside the former Jedi Knight turned self-loathing Sith Lord. After all, he did kill every Jedi he knew plus younglings. The cloned/resurrected Darth Maul dies. The Emperor arrives just in time to kill the mistaken Dark side guys before Vader does. The Emperor again asks Vader to join him in ridding the galaxy of annoying Rebels. After a beat, Vader follows.

Obviously, this story doesn’t fit very well into the modern Disney Star Wars canon, given what we know now about Maul and Vader. But I’m okay with it. This is still a good story with good action, and a real character moment on the part of Darth Vader. 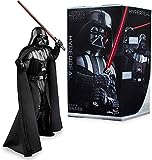 Star Wars The Black Series Hyperreal Episode V The Empire Strikes Back 8"-Scale Darth Vader Action Figure – Collectible
$114.49
Buy on Amazon This is a paid link. Learn More. Clicking the link may take you to the Amazon store servicing your country Price incl. tax, excl. shipping.  Details correct as at: 2021-07-26

The best little Force House in Texas: Darth Vader house up for sale for $4.3 million

Darth Vader Clapper and The Child Chia Pet from JEI

How can a galaxy far, far away look like Darth Vader’s TIE Fighter?