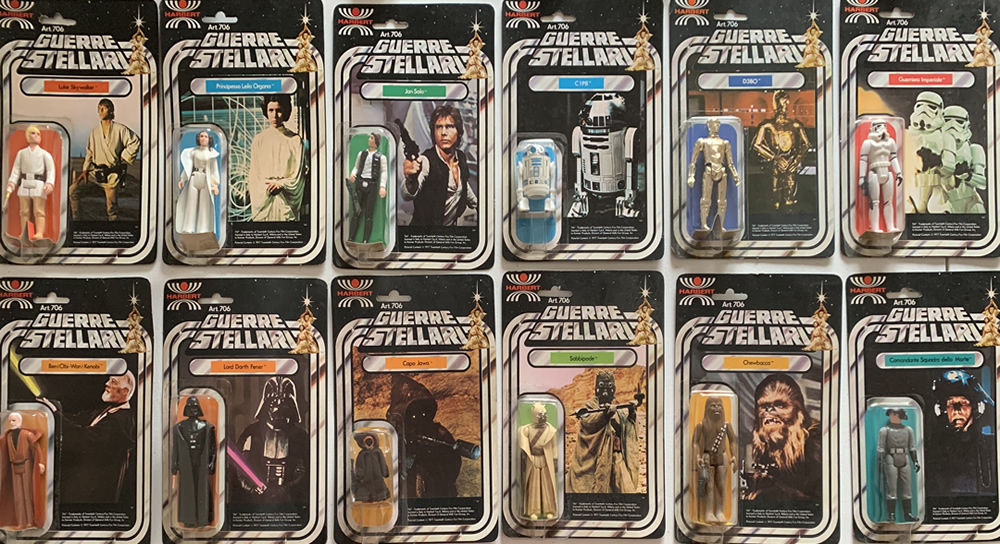 Every now and again a photo and story circulates amongst the vintage Star Wars collecting community and this one is too good not to share. Most collectors know that Kenner awarded licensees to other companies to distribute Star Wars action figures and that the company in Italy was called Harbert. Harbert, based in Milan, were the main distributor of many US products throughout the 1970’s and 80’s before they were overtaken by the Giochi Preziosi Group in the 1990’s. 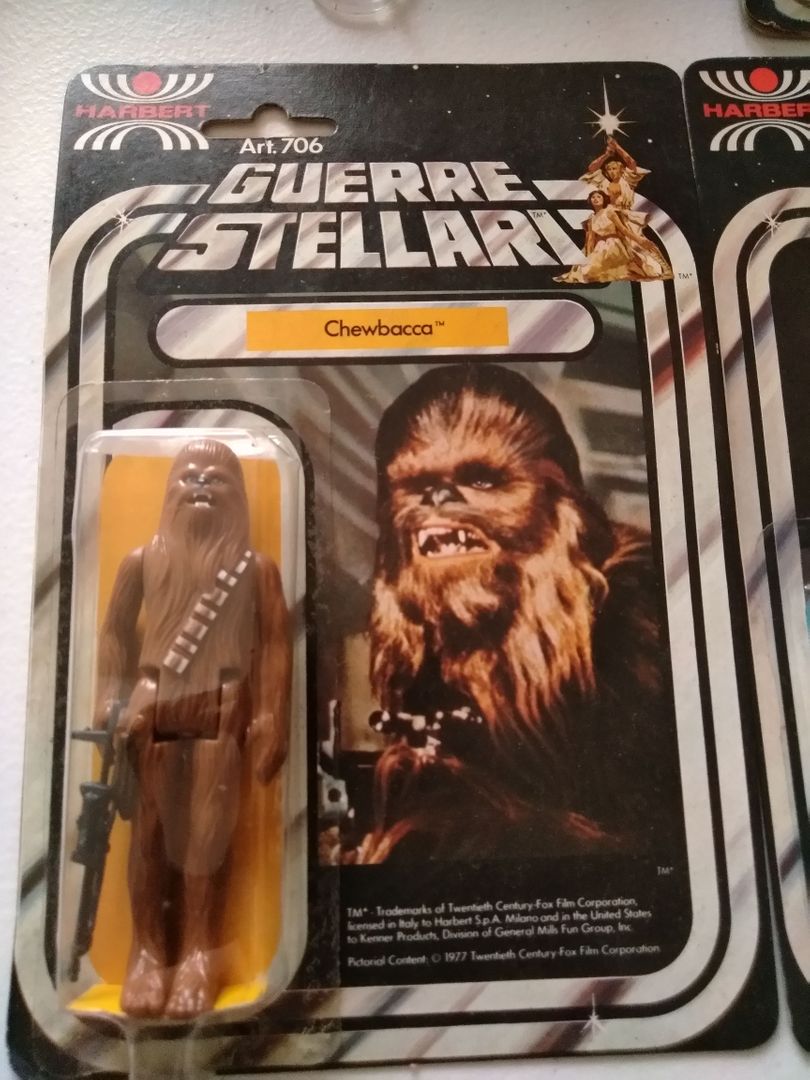 Personally, I think the Harbert 12/21 backs are my favourite cardbacks – there is something about the Italian language and the Guerre Stellari logo that really appeals to me.

The Harbert logo in the top left is very 1970’s. All of the Harbert carded figures are difficult to acquire although R2-D2 (C1P8) seems to be the easiest and Luke X-Wing Pilot the most difficult.  Boba Fett commands a huge premium as he is a popular character.

I have been looking for a reasonable priced R5-D4 for several years now and have had no joy, not even a cardback.

So, onto the story and here’s a little to keep you going. 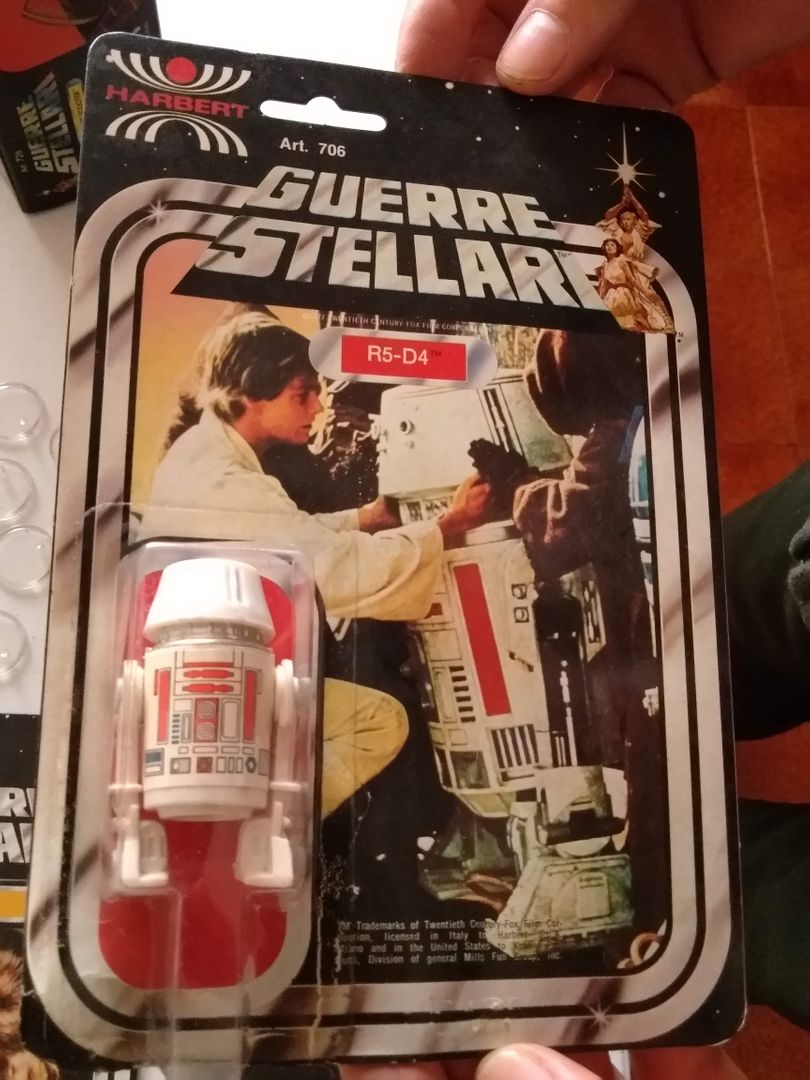 Fellow vintage collector Brian Angel is a R5-D4 focus collector and I spotted an item for sale on the UK vintage Star Wars forum. I contacted him, as did another collector Simon McOwan and the deal was made.

Ordinarily I would have purchased this item for my own collection but this figure is a very rare variant and is the first confirmed non-US example found. Brian has an amazing Red Bar collection and this piece to me clearly belonged with its fellow droids.

Stupidly, I never noticed the second R5-D4 lying flat in the background, although I knew he was selling a Chewbacca and R2-D2 too.

Brian did a little bit of digging, check out his interview on The Vintage Rebellion at around the 1 hour mark, as to where this find came from. It’s not usual for a collector to sell three Harberts in one go and Brian needed to know more.

Brian was put into contact with an Italian collector called Amedeo Tecchio who has amassed a fantastic collection housed in a storage facility called La Bettolla di Yoda.  I was so fascinated with the story that I asked Amedeo for an interview and I was delighted that he sent these responses.

FT: Tell me about yourself. When did you first see Star Wars and what kind of impact has it had on you?

AT: I first saw it when I was 16 years old, in October of 1977. I watched it 3 times in a row, from the afternoon into the night.  I was so struck by it, and like that, I was hooked.  From there, Star Wars (in Italian: “Guerre Stellari“) would become my great passion, or what I love to call “my harmless madness”.

FT: What kind of a collection do you have and what is La Bettola di Yoda?  Do you have any pictures that you can share? 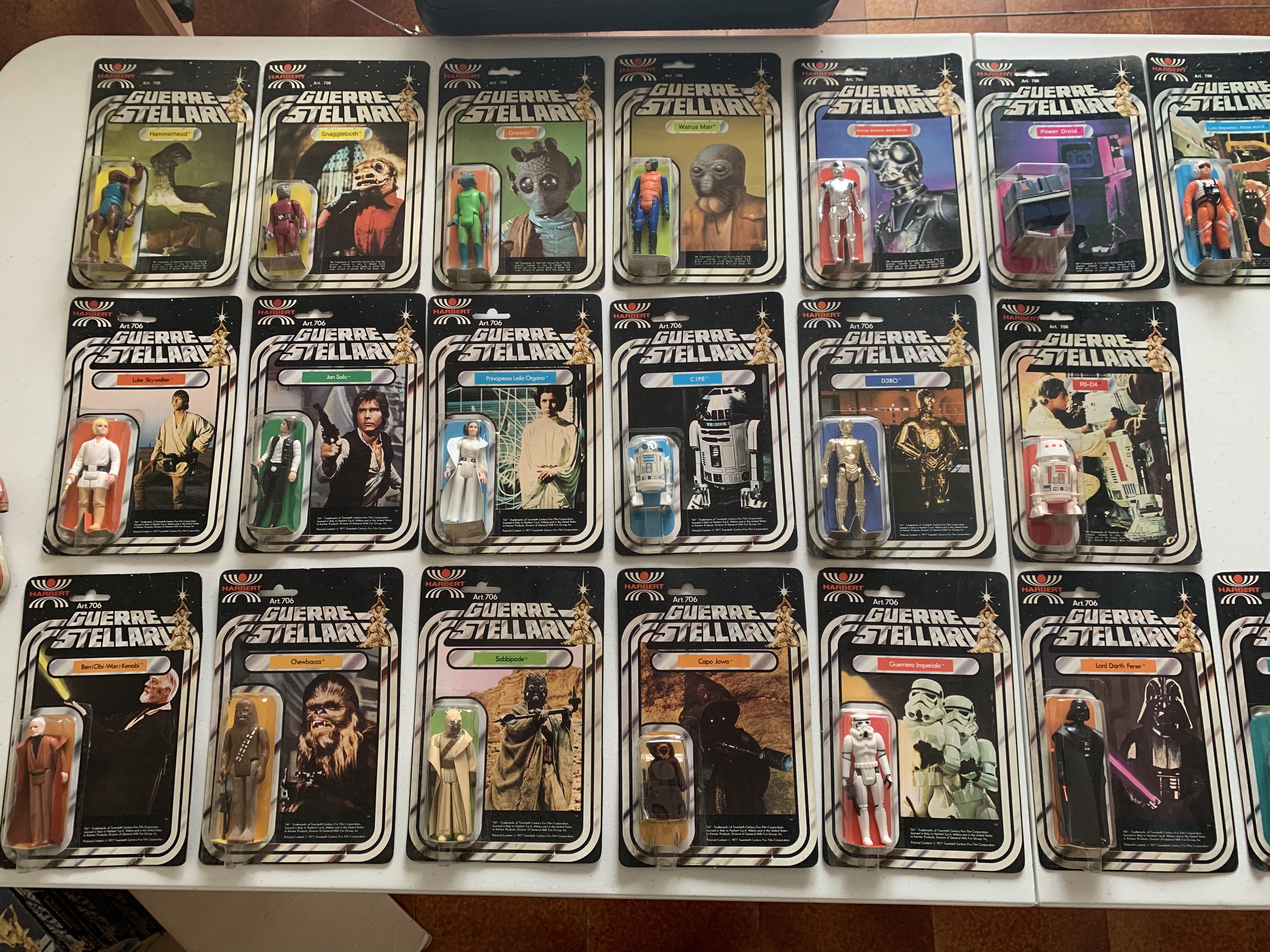 La Bettola di Yoda is a warehouse where I keep my collection. I wanted to give it this name, similar to Yoda’s home on Dagobah.

FT: What is Star Wars collecting like in Italy?  How is the community? Do you have meetups and local groups where you chat and share stories?

AT: We follow the markets, the internet social networks, word of mouth regarding collectors who wish to sell their items, conventions and Comic Cons. In Italy, there aren’t many Vintage Collectors due to the rarity of items.  Our encounters with fellow collectors occur solely at Italian and/or European conventions.

AT: Amongst collectors, vintage is very coveted.

FT: How difficult is it to acquire Harbert carded figures?

AT: Actually, it is very hard to find MOC figures or for interesting prices

FT: You recently acquired a large collection of Harbert items.  What can you tell me about this?

AT: This collection came from the storage of a Mr. Muscarà, who at the time had been a Harbert representative/salesman in Central Italy (region including Marche, Umbria, Abruzzo).  The items were used as samples to show possible clients.  As time passed, they were eventually placed in boxes and forgotten until his son thought of offering them to interested buyers. 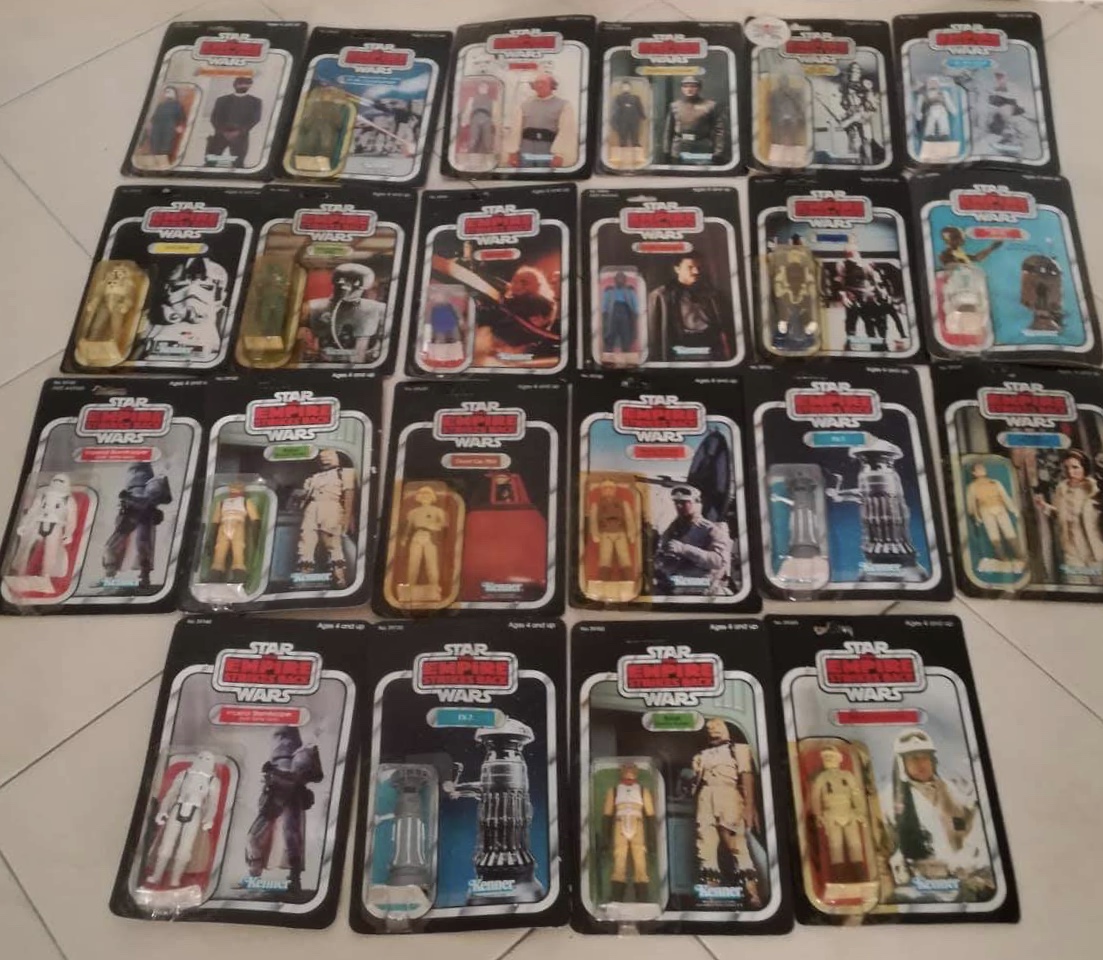 FT: There were many Kenner The Empire Strikes Back carded figures in the collection.  Do these have Harbert stickers on the reverse?

AT: Yes, there were many with Harbert stickers attached to the back, among which was one particular IG-88 with the Harbert stamp on the front. (see photos) 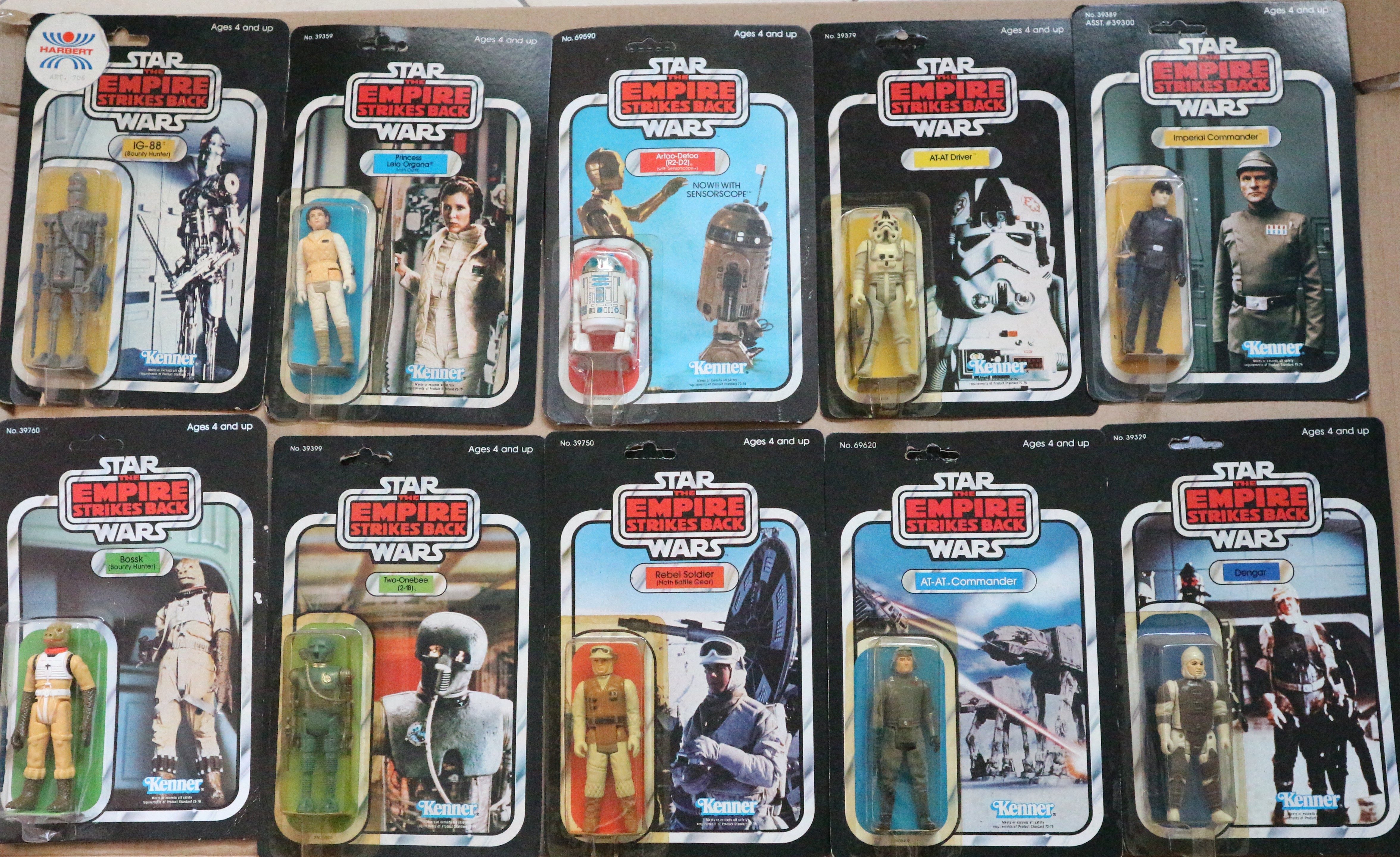 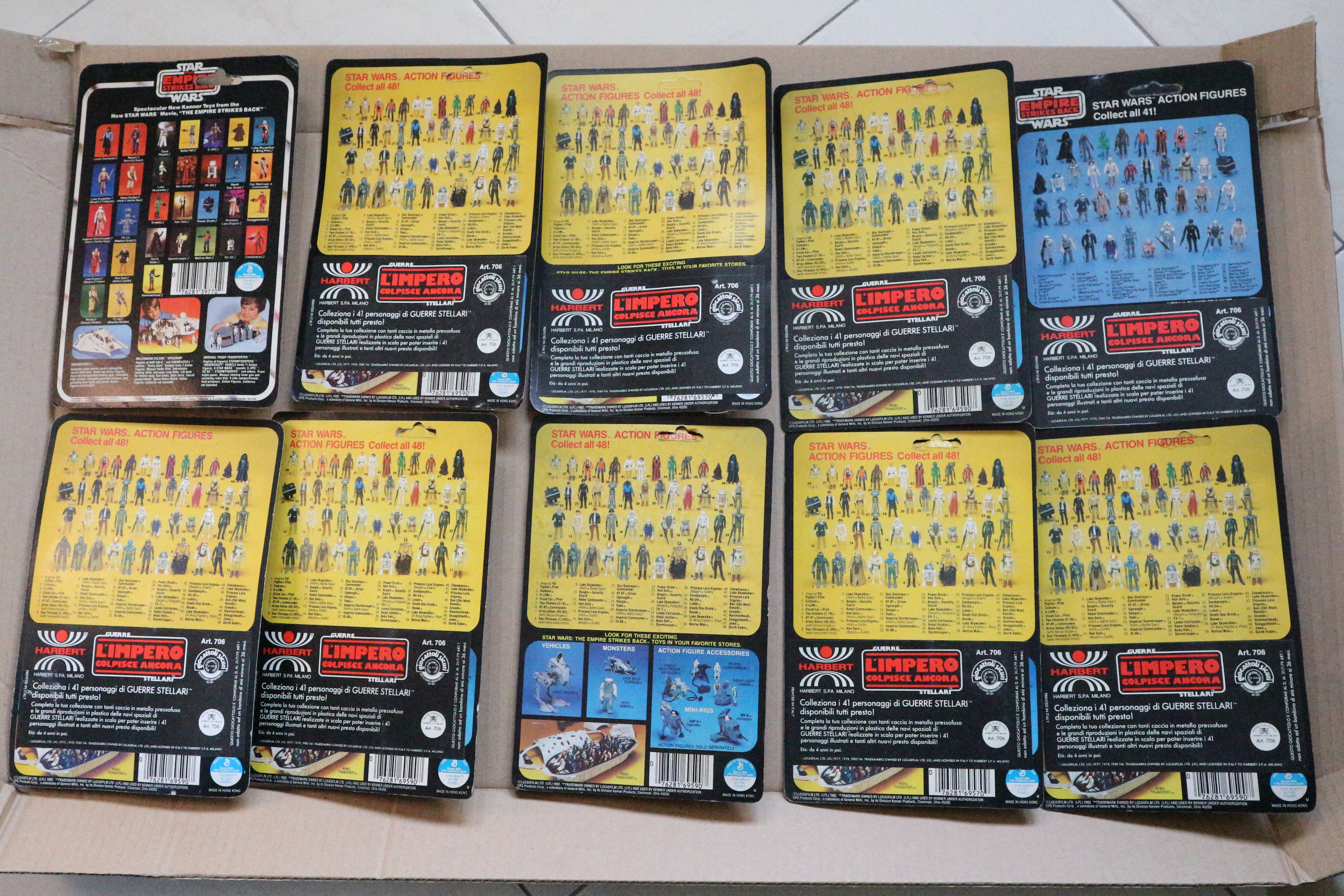 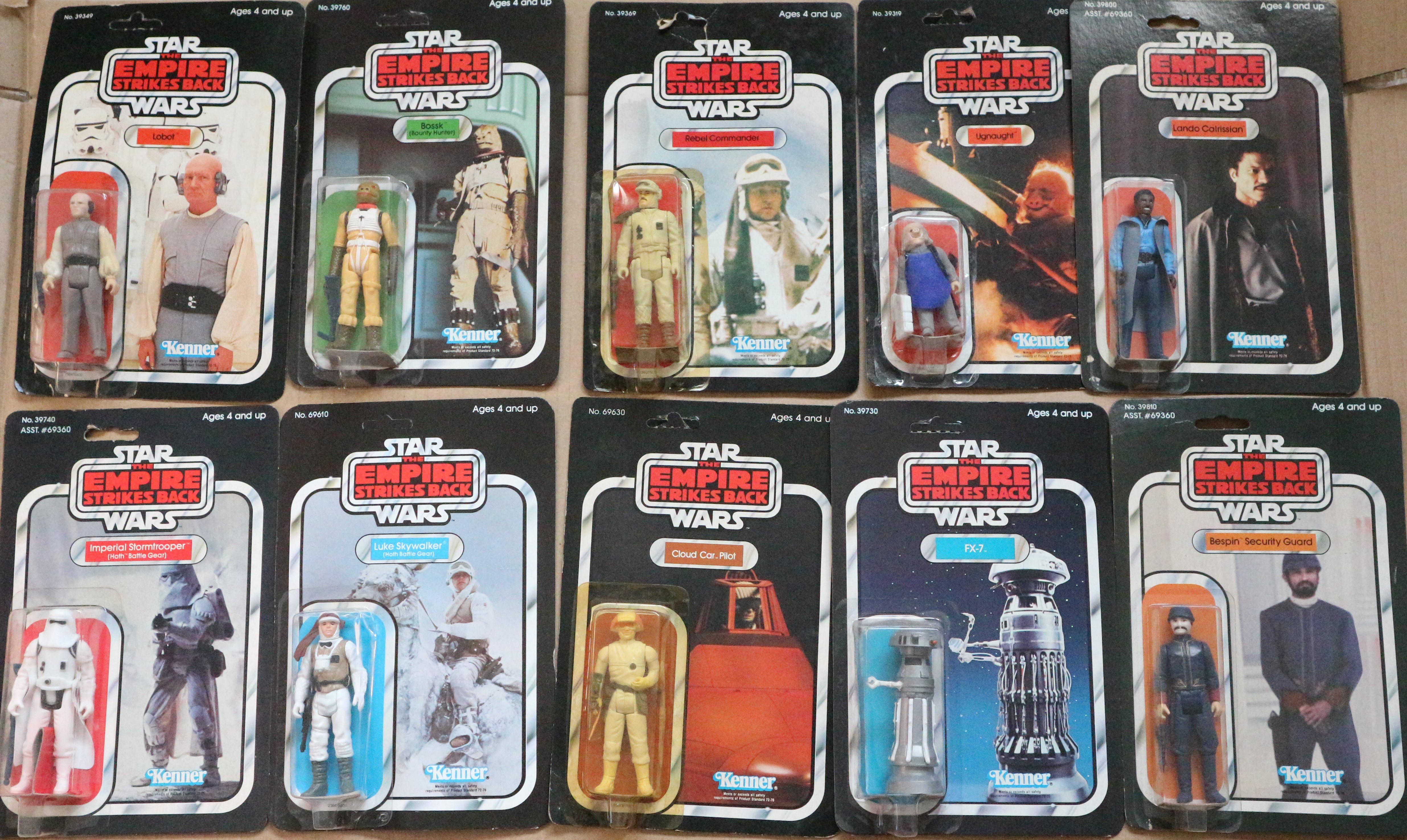 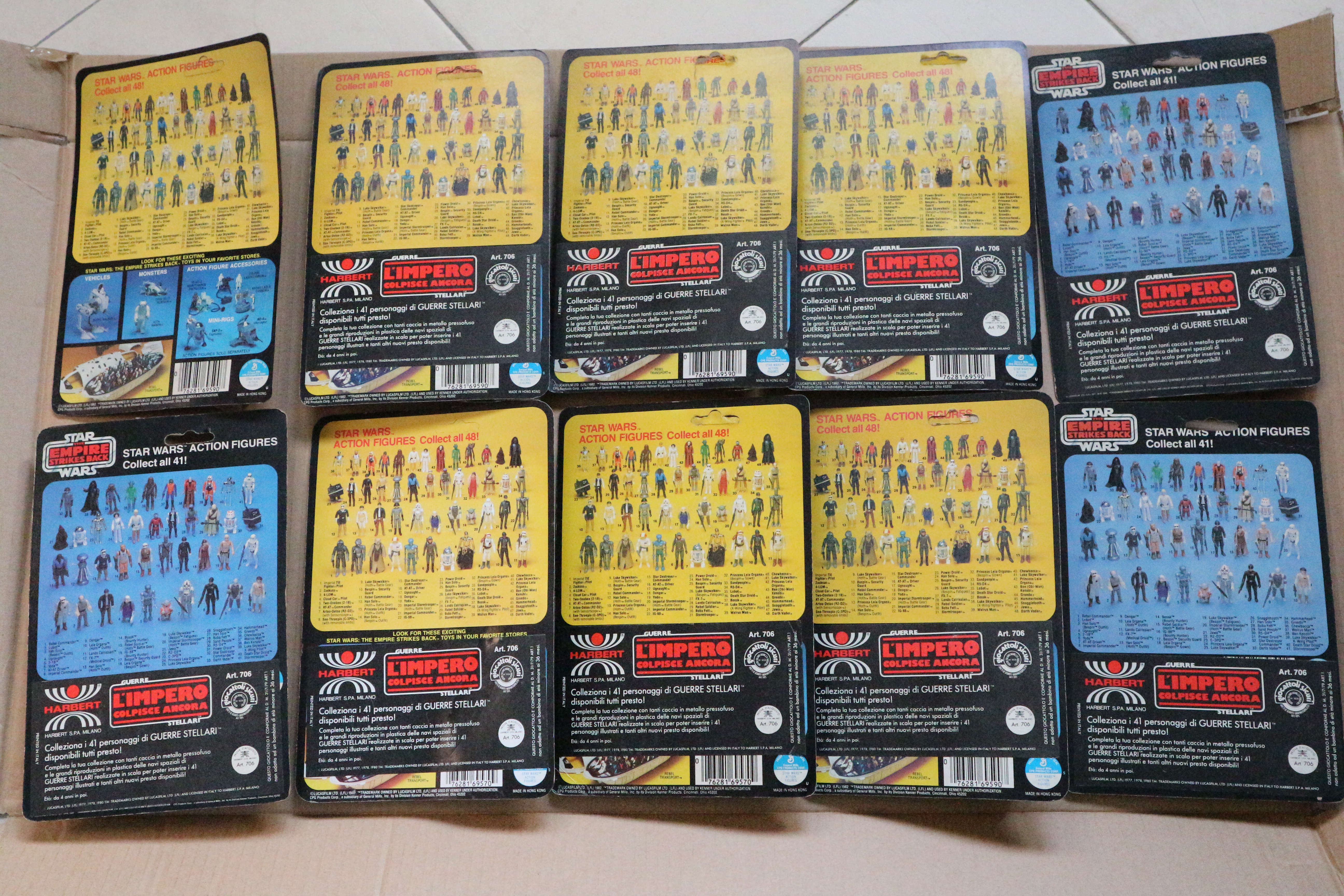 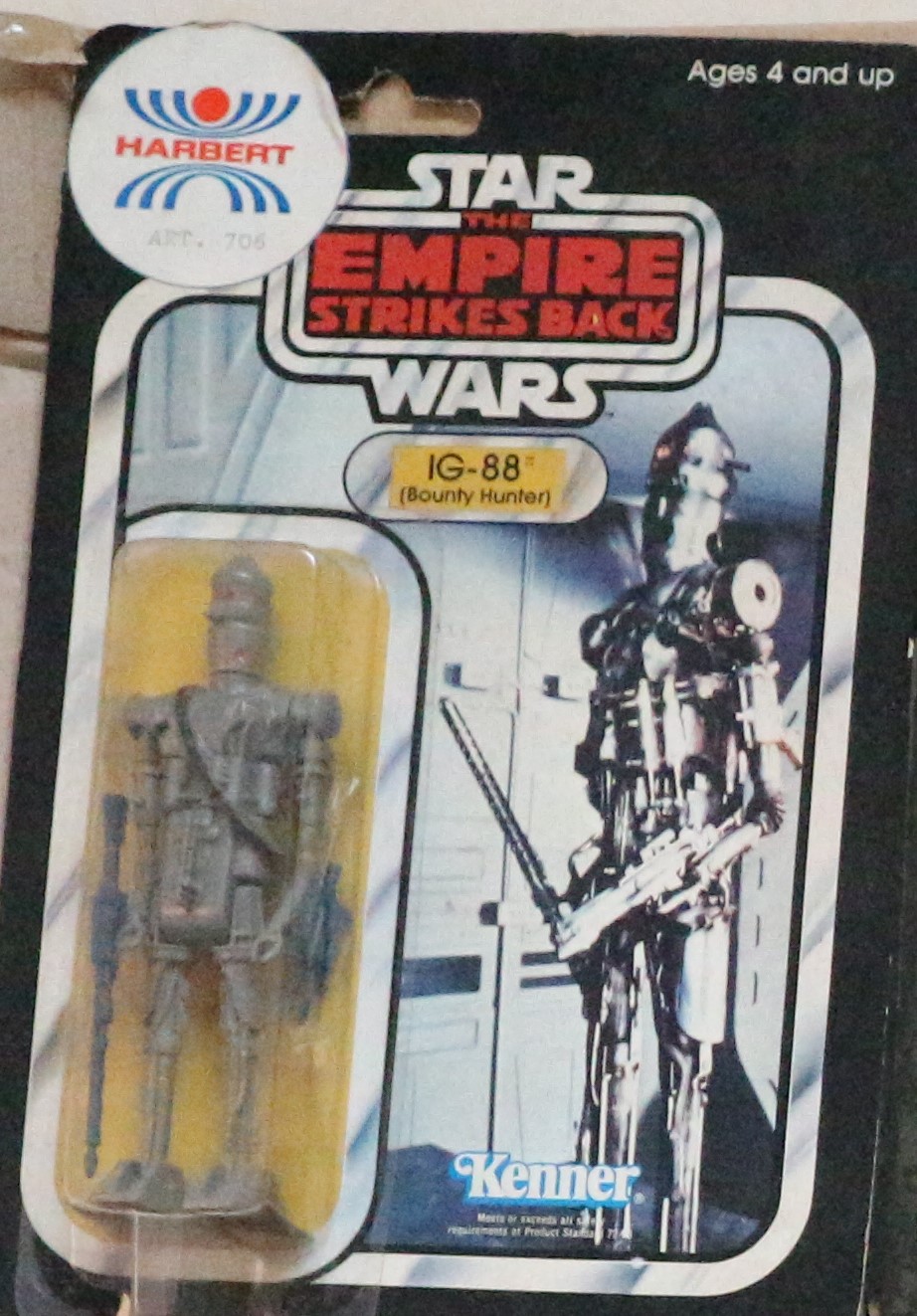 FT: Some carded figures with Harbert stickers have been found in the UK.  Are you aware of Harbert items being sold outside of Italy?

AT: I’m not aware of them having been sold in the UK. I think that they were probably acquired as gifts, acquired in Italy or were originally in collections of Italians who relocated to the UK.

FT: What kind of items are you looking for in your collection?

AT: I’m looking for vintage…what little is still missing from my collection.

FT: What do you think of the new Disney movies?

FT: Will we see you at a Star Wars Celebration at some point?

Amedeo, I hope to visit you in Italy to see this amazing collection at some point! Huge thanks to Amedeo Tecchio, Brian Angel and especially Anthony Spinnickie for the translation to and from Italian. 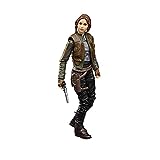 Star Wars The Black Series Jyn Erso 6-Inch-Scale Rogue One: A Story Collectible Action Figure, Toys for Kids Ages 4 and Up
$22.99
Buy on Amazon This is a paid link. Learn More. Clicking the link may take you to the Amazon store servicing your country Price incl. tax, excl. shipping.  Details correct as at: 2021-06-17
SaleBestseller No. 2

Star Wars The Vintage Collection Kuiil Toy, 3.75-Inch-Scale The Mandalorian Action Figure, Classic Toys for Kids Ages 4 and Up
$12.99
Buy on Amazon This is a paid link. Learn More. Clicking the link may take you to the Amazon store servicing your country Price incl. tax, excl. shipping.  Details correct as at: 2021-06-17
SaleBestseller No. 3

Star Wars The Vintage Collection The Mythrol Toy, 3.75-Inch-Scale The Mandalorian Action Figure, Toys for Kids Ages 4 and Up
$12.99
Buy on Amazon This is a paid link. Learn More. Clicking the link may take you to the Amazon store servicing your country Price incl. tax, excl. shipping.  Details correct as at: 2021-06-17
Bestseller No. 4

Star Wars: A New Hope
$3.99
Buy on Amazon This is a paid link. Learn More. Clicking the link may take you to the Amazon store servicing your country Price incl. tax, excl. shipping.  Details correct as at: 2021-06-17
SaleBestseller No. 5

Star Wars: The Rise of Skywalker
$18.99
Buy on Amazon This is a paid link. Learn More. Clicking the link may take you to the Amazon store servicing your country Price incl. tax, excl. shipping.  Details correct as at: 2021-06-17