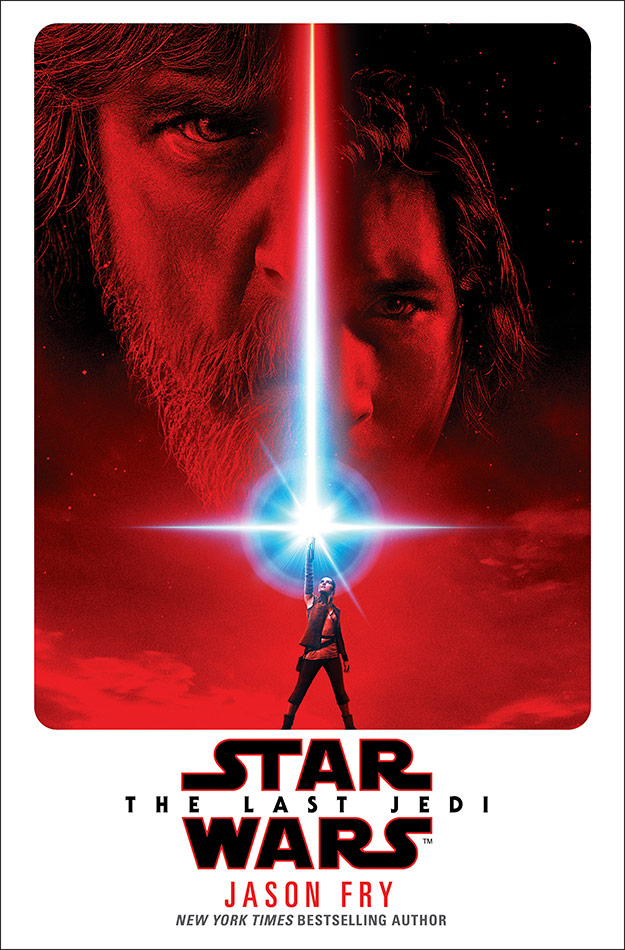 From the ashes of the Empire has arisen another threat to the galaxy’s freedom: the ruthless First Order. Fortunately, new heroes have emerged to take up arms—and perhaps lay down their lives—for the cause. Rey, the orphan strong in the Force; Finn, the ex-stormtrooper who stands against his former masters; and Poe Dameron, the fearless X-wing pilot, have been drawn together to fight side-by-side with General Leia Organa and the Resistance. But the First Order’s Supreme Leader Snoke and his merciless enforcer Kylo Ren are adversaries with superior numbers and devastating firepower at their command. Against this enemy, the champions of light may finally be facing their extinction. Their only hope rests with a lost legend: Jedi Master Luke Skywalker.

Where the action of Star Wars: The Force Awakens ended, Star Wars: The Last Jedi begins, as the battle between light and dark climbs to astonishing new heights.

The Last Jedi has endured a pretty rocky ride since its cinematic release in 2017, being cited by some as the film that ruined their childhood and possibly even ’broke’ Star Wars. I’m firmly in middle ground on the story, it adds to elements of the saga and there are some amazing scenes, but there are also some parts which didn’t feel right to me, and whilst I accept them as part of Rian Johnson’s vision they do lessen my enjoyment of the film as a whole.

But given that in so far in the Disney era the novelizations have come out some time after the films, it does of course mean that many people will have already judged the story on the cinematic version and therefore any book will live or die on the perceived merits of its big screen counterpart. 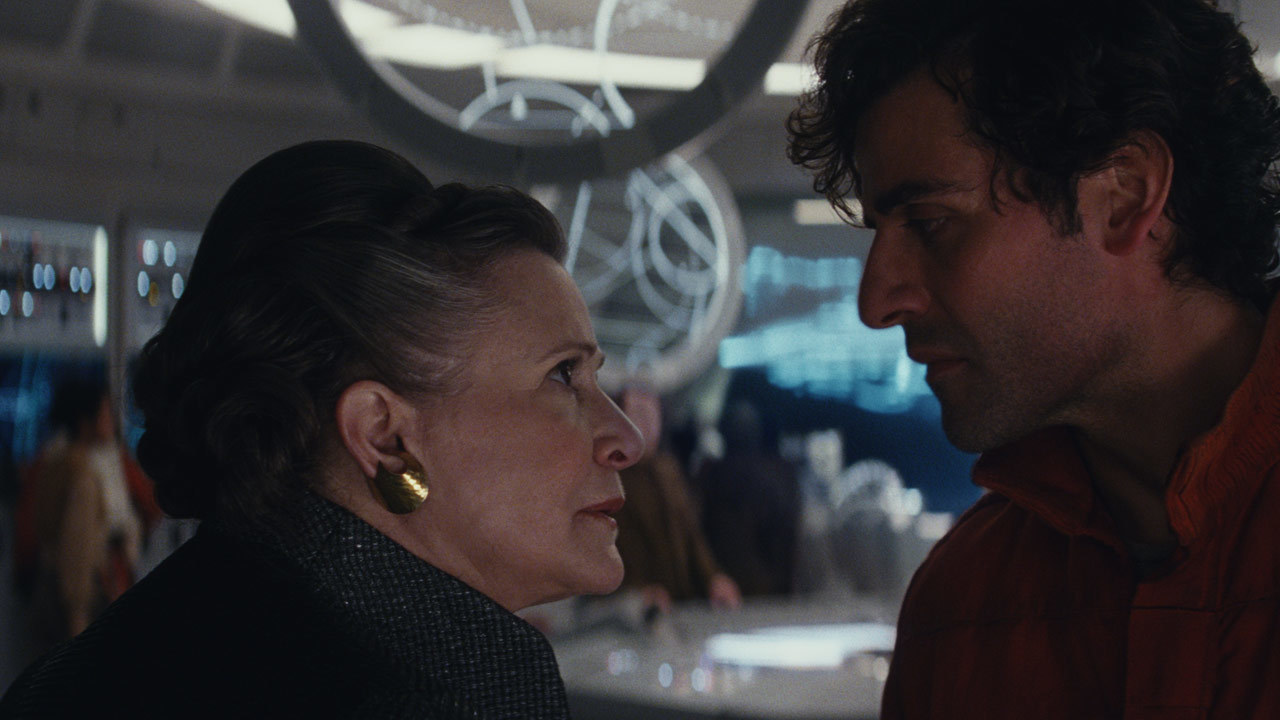 In the case of The Last Jedi, this is a real shame, as the book contains some additional material which adds some additional depth to the characters, their motivation and even throws some additional curve balls into the mix, whilst some of the more contentious moments in the story are explained in such a way as to make them more palatable. A case in point is the ‘Space Mary Poppins’ scene, where Leia is drifting in space following the attack on the bridge of The Raddus by the First Order. This is one of the parts of the film I didn’t like due to the way Leia flew, almost Superman-esque, back towards the ship. Yet written here we have some previous exposition of Leia meditating and reaching out through the Force, and when she is cast into space she is on the verge of giving in to death, but her inner thoughts are explored and she realises that without her leadership the Resistance will most likely crumble. And although she does still use the Force to get back to the airlock, it is explained in such a way that the reader isn’t guided to the image of her flying, but more drifting back toward the stricken ship. A subtle difference, but for me helped make this scene make more sense.

One of the much rumoured sequences to not make the film was a memorial to Han Solo, almost forced upon Leia by those around her, but she uses the eulogy to unite the Resistance ahead of the their upcoming battles. This was written really well, equal parts moving and rousing and would inspire me to get back in my X-Wing, no matter what the odds. 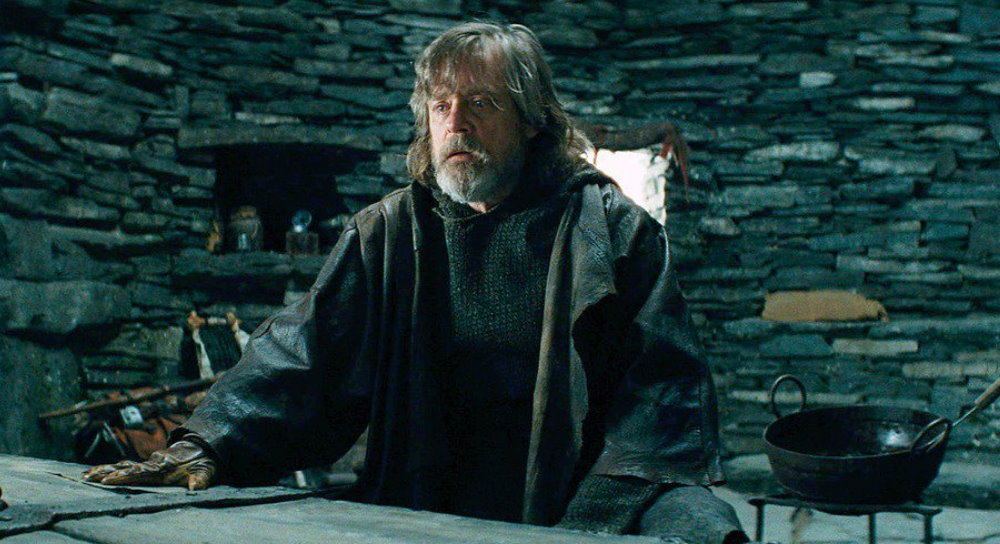 One of the more fundamental gripes from sections of fandom was the handling of Luke’s character, having turned his back on his sister, the Resistance/Rebellion and gone into exile. In the film I found this amusing, and the ‘grumpy old man’ was a bit eccentric whilst trying to fathom out more about Rey. But in the book we get much more of Luke’s thoughts and even dialogue, which portray him as a more tortured soul, struggling with the both his own failings and those of the Jedi order, but also dreaming of the life that could have been, had he not gone off on ‘some damn fool idealistic crusade’. In particular, before he finds Rey and Kylo in the hut on Ahch-to, he shouts out to Rey exclaiming that he has decided to come back and help the Resistance, having resolved his inner reservations, only to walk in on their conversation and feel that he has been betrayed by her.

There are also several of the scenes we know from the DVD and Blu-Ray were filmed but eventually cut, including Rey’s ‘attack’ on the Caretakers village which Luke has led her to believe is under attack. This is again part of the mischievous Luke trying to show his wannabe padawan that not everything can be solved by the Jedi, and that first impressions can be misleading. 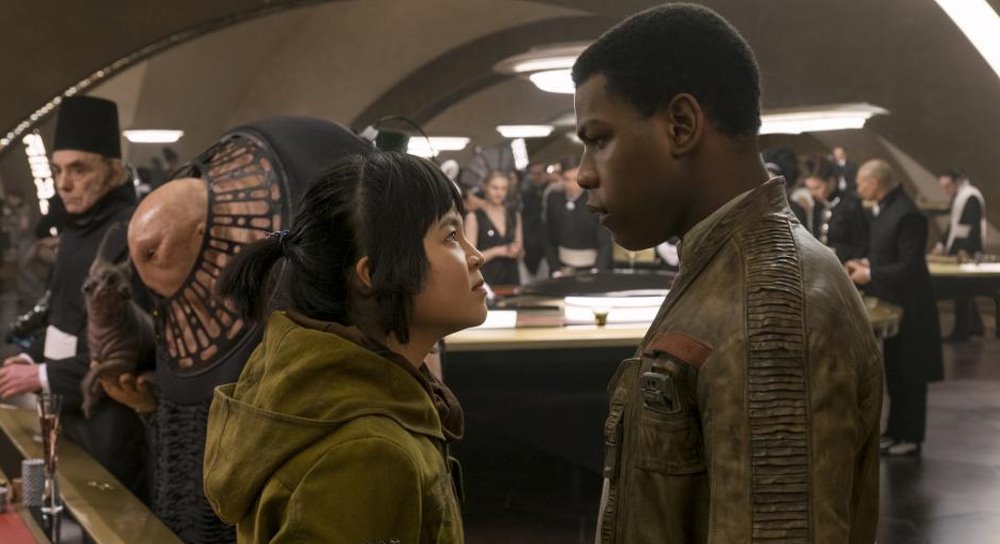 The blossoming relationship between Rose and Finn is also given much more background, with Finn being almost goofy at times (when Rose questions why she is taking him seriously on a few occasions he just says ‘it’s ‘cause of the baby face’). The Canto Bight sequence also felt like it sat better in the story, possibly because the book doesn’t spend too long on the Fathier escape sequence and ensuing chase.

We also get more from the First Order Captains Canady and Peavey aboard their respective ships, with the former at loggerheads with General Hux and his lack of action, making the outburst we see in the films ‘we should have scrambled our fighters, five bloody minutes ago’ more expected as he’s been trying to get the viability of the threat to the First Order ships across to no avail.

Jason Fry has done an admirable job in bringing this divisive film to the page, and for me the additional material adds to the film and will enhance my future viewings of the film given the additional material I now know. It’s a shame that the vocal sections of fandom that have been given the spotlight to air their views will have undoubtedly put some people off giving this adaptation a chance by the negativity surrounding the story. But anyone who feels like that extra little bit of understanding could help them make more sense of some of the moments in the film, give the book a whirl, after all without open mindedness we could really have seen the last of the Jedi.