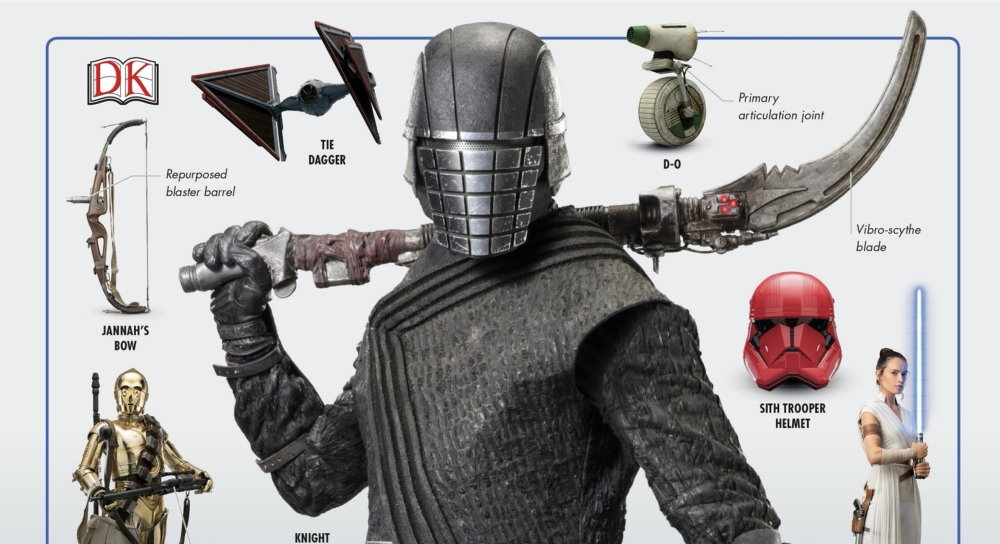 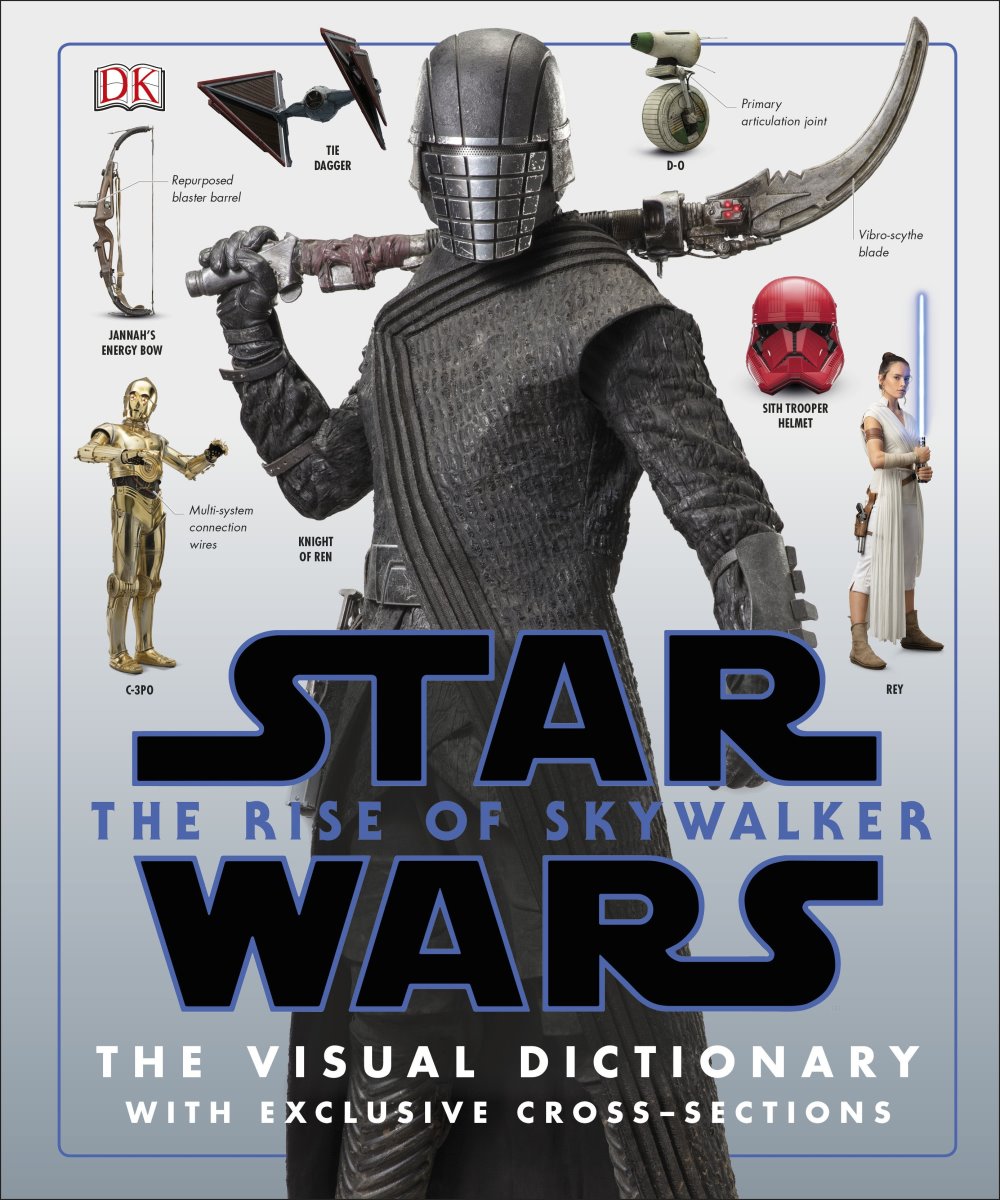 Star Wars The Rise of Skywalker The Visual Dictionary

Packed with information and 500+ images, plus cross-sections of new vehicles, as penned by Star Wars scribe Pablo Hidalgo, it’s a must-have for all fans who want to go beyond the movie experience. 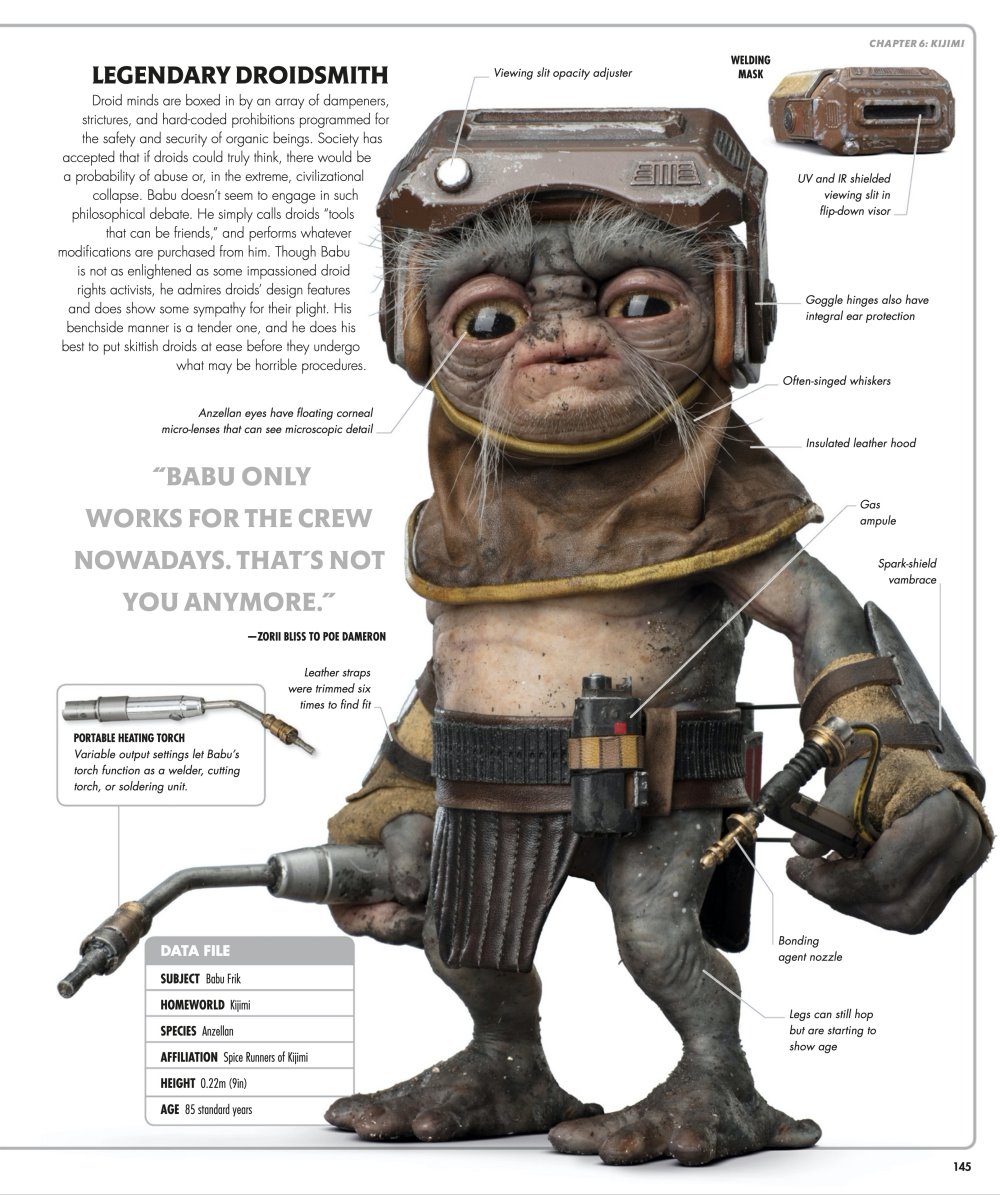 The 22nd entry in DK’s series of Visual Dictionary’s and Guides, covering Canon, Legends and LEGO since 1999 and the release of The Phantom Menace, Star Wars The Rise of Skywalker The Visual Dictionary – much like the film it delves into – marks the end of an era. The final guide Visual Guide to deep-dive into a Skywalker Saga episode, Pablo Hidalgo once again takes us on a trip (and it is a trip) into the galaxy, broadstroking the vast narrative sweep of Rise but zooming into the granular details of characters, worlds, vehicles, equipment and much more besides. There are few, if any, more knowledgeable people to write on the subject, and certainly no one with a closer eye on the production of the film and the people behind it (keen eyes will spot a few nods to production personnel in the names of characters and droids in the book) so it’s fitting that he should complete his own journey in the Skywalker Saga with this release.

Other than being available at a very reasonable price in bookstores across the galaxy and being the last jigsaw in the completists puzzle, why grab this book? It’s well known that late-in-the-day editing decisions mean there’s plenty missing from a book that arrived on the same day the film did in North America. There’s no Emperor Palpatine (the book does refer to him, but only as ‘the late Darth Sidious), but that doesn’t inhibit the book at all. That dramatic opening scroll (THE DEAD SPEAK!) was enough to draw us in, and besides, who wants to know EVERYTHING about a Star Wars film mere weeks after it’s come out? The lifeblood of Star Wars pulses strongly because of a fandom that needs to discuss it, explore it, dream it. This release takes us into the worlds of the film and drops some fascinating knowledge, but it isn’t here to give answers. Rather, it’s here to shine a light on the backdrop of the story, the worlds, vessels and characters of The Rise of Skywalker. 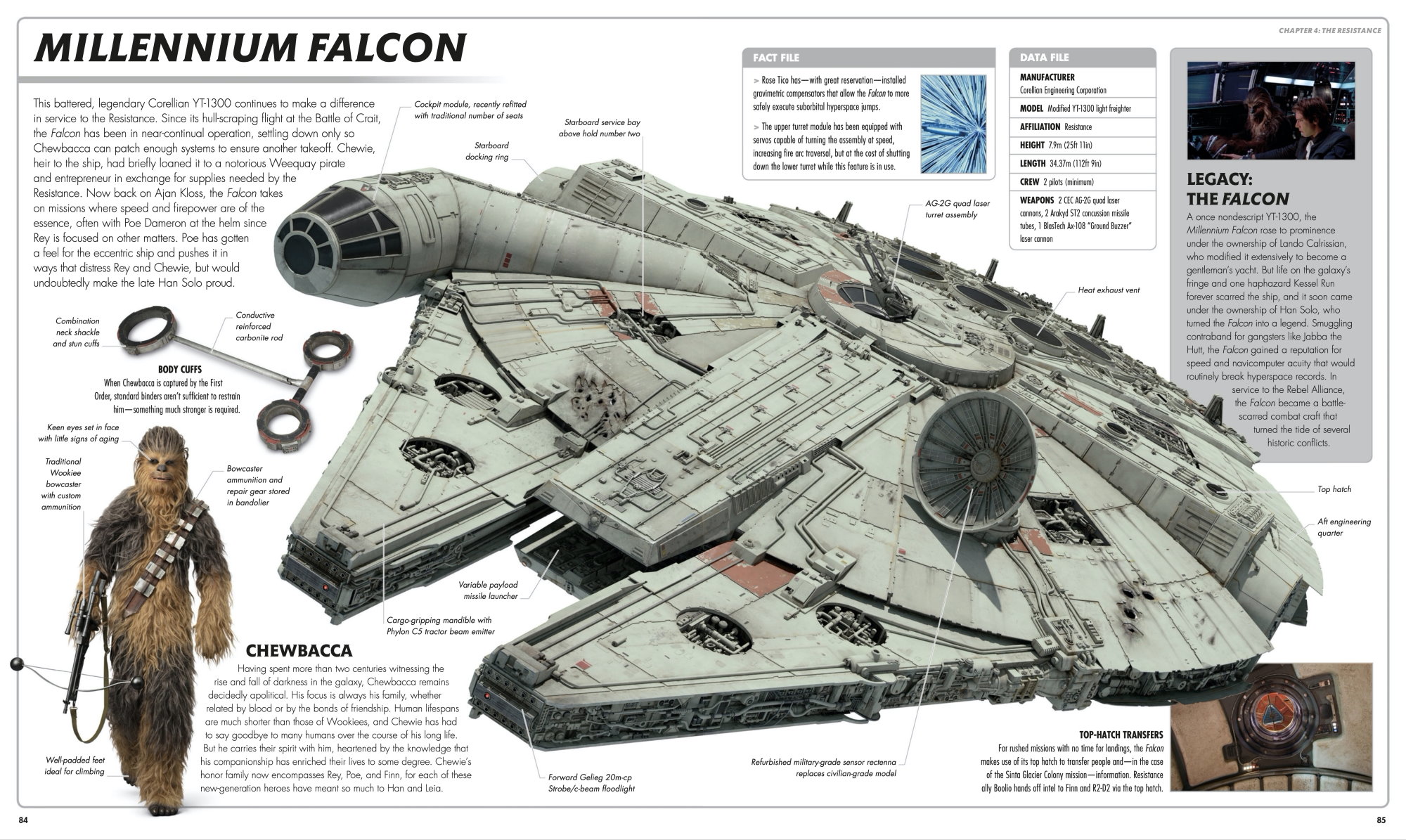 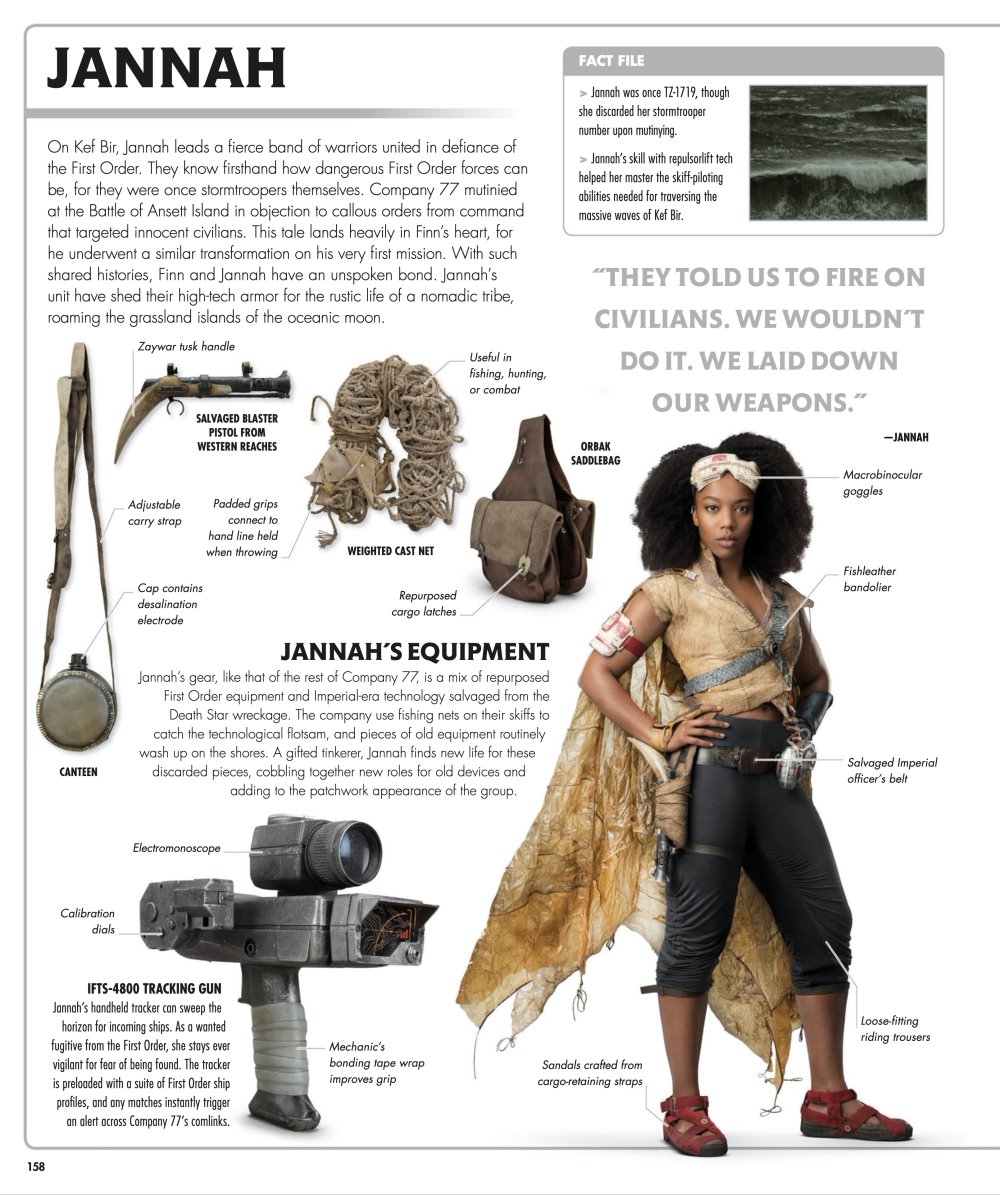 We then start the deep diving, looking at Ajan Kloss, Mustafar (a welcome return after Rogue One and most famously Revenge of the Sith) and the new Supreme Leader Kylo Ren and head into First Order territory with Hux and Pryde, a look at the Wayfinder technology, Exegol itself, the Knights of Ren….you get the picture, we’re skipping around the galaxy on the hunt for information about the Festival of the Ancestors, or the inhabitants of Kijimi, the Orbak tribe or the ruins of the Death Star in the oceans of Kef Bir.

As a reference book, like it’s predecessors, it’s essential but also as a Sunday afternoon browse it’s a fascinating read, packed with great information sure to serve you well when you rustle up the nerve to enter a quiz at a future Celebration. We learn that Chewbacca is firmly apolitical, while it was Rose Tico who installed gravimetric compensators which allowed the Falcon to safely jump to lightspeed while suborbital, or that Kijimi has no central government, or most satisfyingly a map of the moons of Endor showing the nine satellites in orbit around the gas giant (and stating that the correct designation of the Forest Moon is IX3244-A, while the gas giant is actually called Tana, not Endor). As always, the book is a treasure trove, with questions long asked now given satisfying answers.

So, once again DK, Lucasfilm and Pablo Hidalgo hit the nail firmly on the head with a book that needs to be sitting on bookshelves across the galaxy. Grab it now, as it will only enhance your knowledge of the film and expand your understanding of the Star Wars galaxy.

Star Wars The Rise of Skywalker The Visual Dictionary: With Exclusive Cross-Sections
$14.79
Buy on Amazon This is a paid link. Learn More. Clicking the link may take you to the Amazon store servicing your country Price incl. tax, excl. shipping.  Details correct as at: 2021-05-09