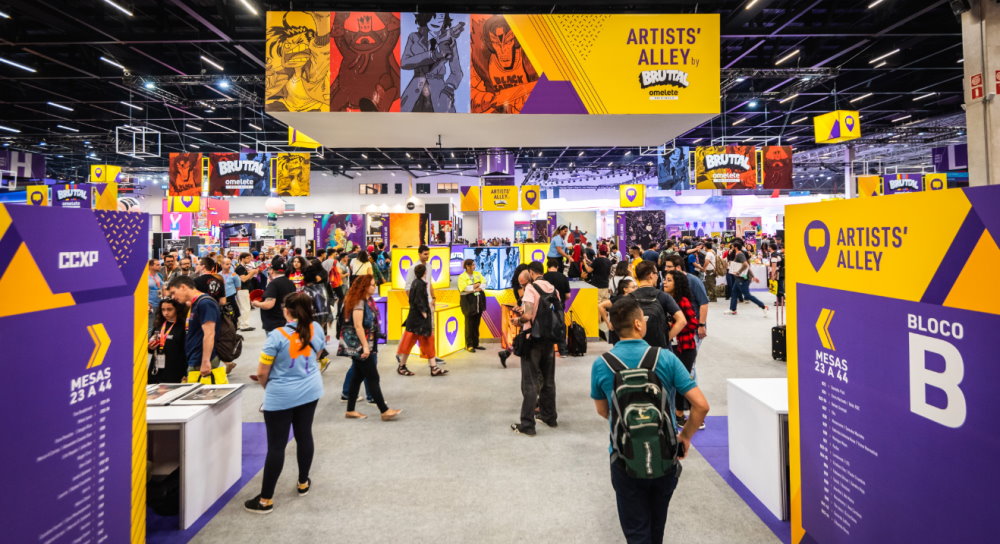 A festival of epic proportions, one way to sum up CCXP19, which ended this past Sunday after four days of intense programming. In its sixth edition in Brazil, the largest pop culture festival in the world brought together 280,000 people from all over the country.

CCXP has achieved a prominent place in the world entertainment scene. Once again we deliver to the public a festival of international quality, recognized by the studios and bringing to Brazil content that will reverberate for the coming months.

By the way, already mark in their calendars, the CCXP20 already has a date for next year: December 3rd to 6th 2020.

The festival occupied 115,000 square meters of activations from 15 studios and streaming platforms, 35 specialty geek-themed stores (many from Star Wars) and 55 brands. In the food court, 42 restaurants and other food options were available. In all, 150 tons of food were served to visitors and guests. The most consumed products were hamburger and soda, which is considered the largest sale of soda in indoor events in Sao Paulo.

CCXP19 was a celebrity-packed show, with Gal Gadot, Margot Robbie, Henry Cavill, Ryan Reynolds, John Boyega, Oscar Isaac, Daisy Ridley, director JJ Abrams and the cast of La Casa de Papel, among others. All acclaimed names. The festival also featured the premiere of “Frozen 2”, the release of the trailer for “Black Widow”, the teaser of “Eternal” and the long-awaited trailer of “Wonder Woman 1984”, which had an unprecedented global broadcast via Twitter.

Really a unique event of great proportions that we had the honor to cover by Fantha Tracks and show the news that happened here.

CCXP 2019: The Rise of Skywalker panel with J.J. Abrams and members of the cast in Brazil