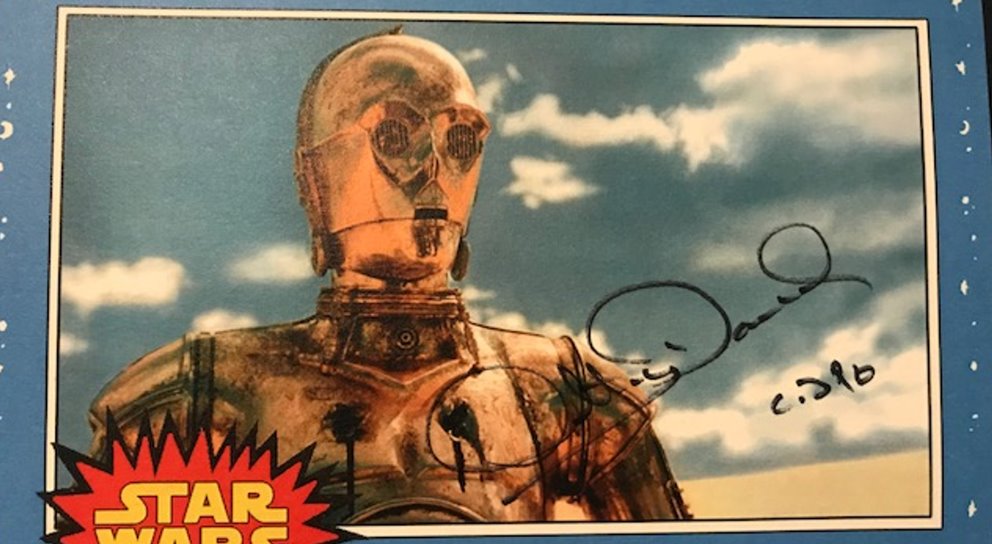 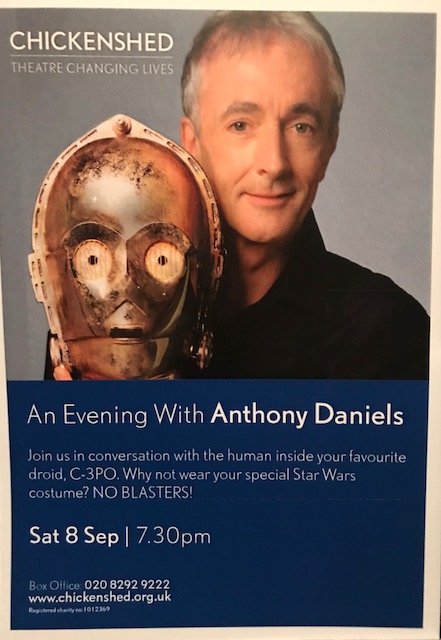 An Evening With Anthony Daniels saw the C-3PO actor reminiscing over his time as part of the Star Wars galaxy, sharing memories, telling stories and answering questions from the audience. All proceeds from the event went to the Chickenshed Theatre.

He started by sharing his reluctance when receiving a call from his agent about an interview for a space film being made by ‘some American’. From his first meeting with George Lucas to seeing that iconic image of C-3PO by Ralph McQuarrie, he found an immediate connection with the golden droid. And then on to six months of moulding, casting and fitting for the suit, and his first day of shooting. 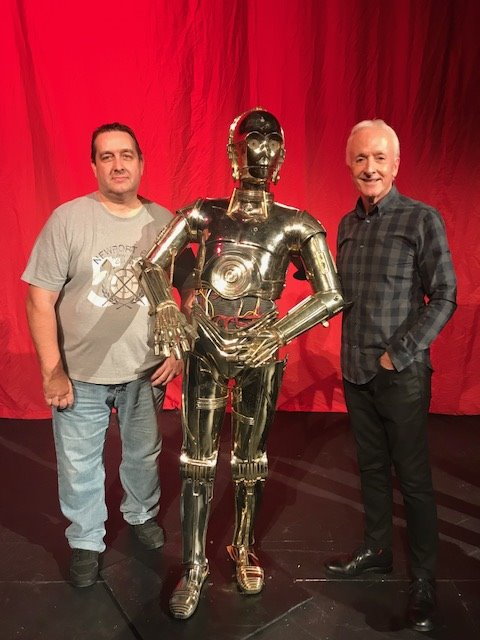 He talked about the different times and methods that he had played C-3PO, from the ‘standard’ costume in the original trilogy to the prequels which saw him basically become a puppet operator, to the ‘naked’ version in Attack of the Clones and an uncut scene of the naked C-3PO being dressed by Padme.

He also discussed his other appearances, from his voice work on the LEGO Star Wars cartoons, the classic mid-80’s series Droids and the adverts he had done, including an Anti-smoking message that he had written himself. All of these were shown on screen, along with some amusing outtakes. 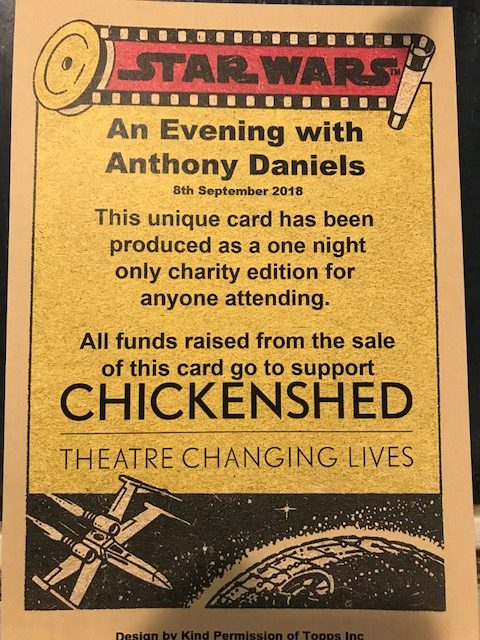 The evening concluded with a photo session and signing of an exclusive A5 size card only available at the show, limited to just 200 prints. 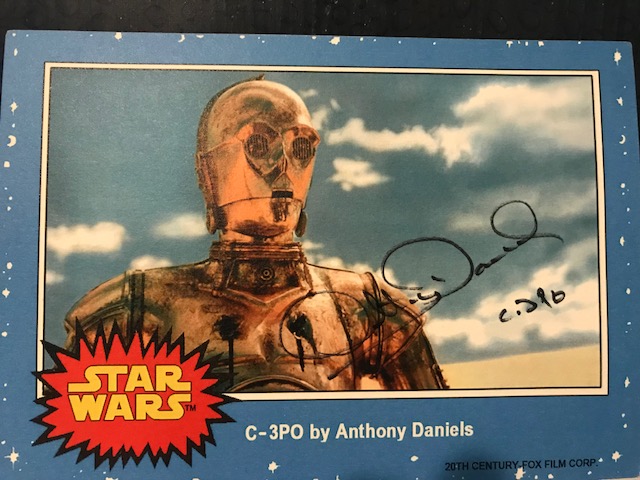 Saying goodbye to C-3PO: Anthony Daniels and The Rise of Skywalker

Anthony Daniels on ‘I Am C-3PO: “It’s a bit like a therapy session”