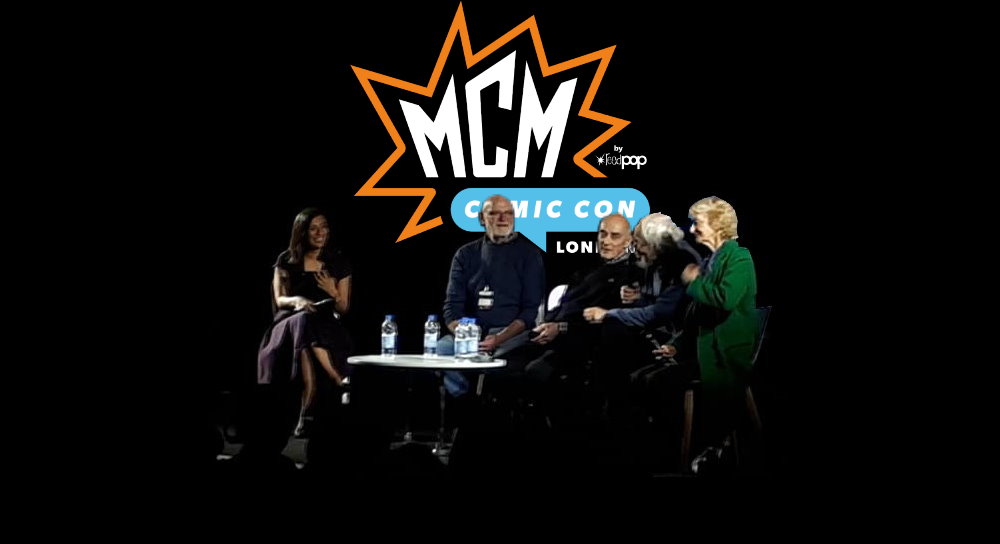 MCM London Comic Con landed at the ExCeL London – home of Star Wars Celebration Europe in 2007 and 2016 – over the weekend of the 26th – 28th October 2018, bringing a healthy dose of the Force to the cavernous halls of the capitals biggest convention center and along with it plenty of Star Wars related treats.

MCM, which launched in 2002 was folded into the ReedPOP family back in late 2017. As every fan knows, ReedPOP have overseen Star Wars Celebration since Celebration V in Orlando back 2010, and much like their US events such as New York Comic Con their international shows boast a strong Star Wars presence. MCM London Comic Con is no exception.

With an estimated attendance of well over 130,000 across the three days of the event Star Wars licensees were at the event in numbers. Titan Magazines, publishers of the official magazine the Star Wars Insider, hosted their own stage while Build-A-Bear displayed their eminently huggable selection of bears including Rey, Kylo, Chewie and Stormtrooper.

As they did at New York Comic Con, Funko brought a monster stand, loaded with all the latest Pops including the latest from Solo: A Star Wars Story while a short walk took me to the Hasbro stage which held their show exclusive, the Black Series 6″ Han and Leia as seen arguing in the corridor on Echo Base in The Empire Strikes Back.

The stand also had on display the 3 3/4″ Star Wars Resistance figures including Poe Dameron with BB-8 and Jarek Yeager with his droid Bucket in twin packs. Also displayed were Kazuda Xiono, Commander Pyre, Torra Doza, Synara San, Major Vonreg and First Order stormtrooper single packs, as well as giving us an early look at Kaz in the new 3 ¾” Resistance packaging.

We also had a better look at the Black Series Wave 5 figures from Solo: A Star Wars Story, first seen at New York Comic Con including L3-37, Val, Range Trooper and Beckett along with Bespin Han and Rebel Fleet Trooper.

Wave 6 was also on display with Rio Durant, Dengar, Leia in her Hoth garb and Lando in his skiff guard guise, coming December 2018.

We also got a good look at the Archive series figures, coming in early 2019. The line kicks off with 2 fearsome bounty hunters, Boba Fett and Bossk.

We also had the chance to look closer at the 6″ scale deluxe figure, coming April 2019. The figure on display was the Clone Wars era General Grievous that we first saw at New York Comic Con. Also shown was the Black Series Mud Trooper Han Solo from Solo: A Star Wars Story.

The Hasbro Black Series Darth Vader helmet, the 3rd iteration of the helmet from Hasbro since the first one in 2002, was on show. This new version is unique as the detailing now includes inside the helmet, allowing the wearer to feel even more like Anakin in Revenge of the Sith (but without the yellow eyes and crispy bacon smell).

The Sunday saw Matt and Martin interview Patrick Schneider from Hasbro and cover the Hasbro panel, where more revelas were unveiled. Listen to Making Tracks Episode 13 for the interview, and watch the Hasbro panel below.

Penguin Random House had plenty of Star Wars book wares on display, along with a goody bag full of cool giveaways including Be More Vader and Be More Yoda buttons, 2 Solo: A Star Wars Story posters and a very cool Bloodlines poster, as well as the chance to grab a free Thrawn rank pin with any book purchase.

Also present were the UK R2 Builders and a phalanx of astromechs from across the galaxy. Among their ranks are droid builders Lee Towersey and Sam Prentice who represented the R2 Builders as they explained their craft and showed off their builds to an interested crowd.

The event also saw the first appearance of Michael Pennington, better known to movie vieweers as Moff Jerjerrod from return fo the Jedi. Unbelievably, this was his first ever convention, but a hugely eventful one that saw him take part in the “A Galaxy Far, Far Away” talk with Garrick Hagon, Carlone Blakiston and Angus McInnes.

The day also saw Michael inducted into the UK Garrison as an Honorary Member.

Cosplay is always heavily focused on, especially at MCM shows and this year’s event was no exception. Along with the costume groups, crafty fans design their own creations from all corners of sci-fi and fantasy and within those aisle-swelling armies of cosplay there are plenty of GFFA characters.

A fantastic weekend full of products reveals, cosplay and swarms of people having a fun time. MCM returns to Birmingham on 24th – 25th November, and as ever Fantha Tracks will be there.