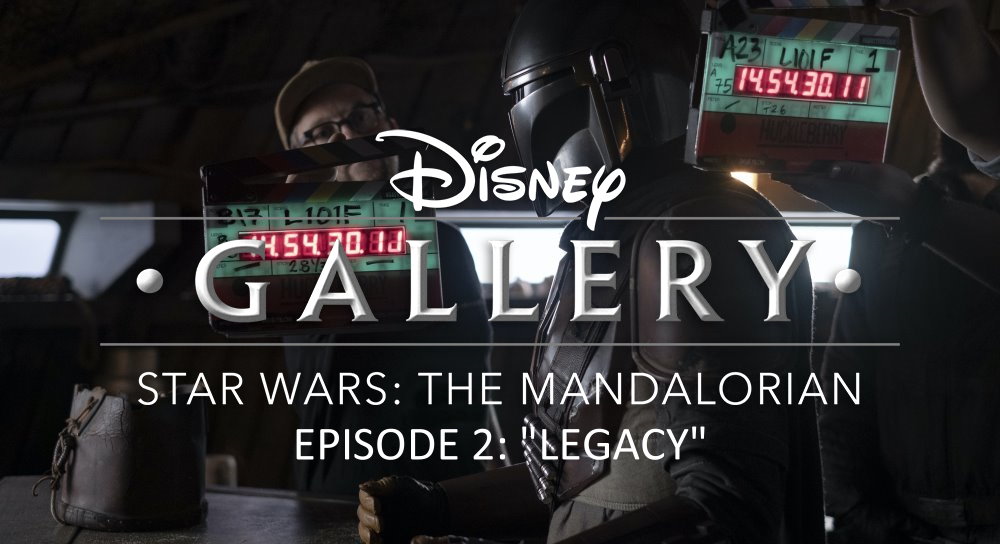 Every time an episode of Disney Gallery: Star Wars The Mandalorian lands, Fantha Tracks give their responses, and here’s our thoughts on the second episode, Legacy. Beware of spoilerific elements in here.

We gather the cast and crew to reflect on the influence of Star Wars on both their lives and The Mandalorian.

I think Dave Filoni is my new favourite guy in the Star Wars hierarchy. I’ll explain.

If you are reading this, chances are you’ve already watched all 8 episodes of the stunning Star Wars live action TV series, The Mandalorian.

What you might not have done yet is watch Disney Gallery, an all-new documentary strand that follows not only the making of the hugely popular show, but reveals the thoughts of those attached to the saga in round table discussions.

So yes, as wonderful as the behind the scenes footage is, it’s the inner-most thoughts of the creative team that resonates. The first round table in episode 2, Legacy, has Jon Favreau joined by Kathleen Kennedy, John Knoll, Dave Filoni, Richard Bluff and Hal Hickel. Some great stuff here.

Knoll recalls the annual meetings with George Lucas at ILM, which is when invariably the question would come up about bringing Star Wars back. George eventually said it’s time and that took us to The Phantom Menace.

With reverence, Dave Filoni reflects on his relationship with George, paying tribute in a way that few get in eulogy.

The collective of directors for The Mandalorian Season 1 and some of the cast add their reminiscences, but what I got most from this second instalment was just how much Filoni gets it. He really does get it.

Round table two, and we are back with all the directors. And at the very end of this episode, well….you must see it for yourself. I’m not going to spoil it here, but you need to watch Filoni’s thoughts on the relationships in Star Wars – from Qui-Gon and Anakin in The Phantom Menace, all the way through to Luke and Vader at the climax of Return of the Jedi. It’s a beautiful five or six minutes of analysis that will really make you think.

Filoni gets Star Wars and as we move into a new era for the franchise, it is comforting – but most of all exciting – to know that Dave’s influence will be as informed as could be. He truly has been Padawan learner to Master Lucas.

The Dave Filoni Files just hit with the power of Darth Vader and the elegance of Queen Amidala. George Lucas’ production padawan just poured everyone a glass of the Star Wars secret sauce in pulling the curtain down on the “Legacy” episode. With an epic 6 minute, 10 second explanation of what could be the most important moment in Star Wars history. Lightsabers were involved, but I’ll leave the spoilers at that.

It was a beautiful episode that I appreciated more on the third viewing than my first—though I knew I had watched something magic with my morning coffee. The stories quickly navigated three areas: Technology, modern mythology and family.

Industrial Light & Magic (ILM) had their moment in the sun as Jon Favreau hosted a round table with John Knoll, ILM visual effects supervisor; Richard Bluff, visual effects supervisor; Hal Hickel, animation director; Filoni and Kathleen Kennedy, executive producer. With the entire episode as a nod to Lucas, these technical creatives fell under the “Master of Invention” heading and discussed the massive impact Lucas not only had through Star Wars, but all of his technological film advances through other films as well.

“Modern Mythology” is discussed by the director’s group from the initial episode. They go into Joseph Campbell’s hero’s journey and technology together, providing Deborah Chow the opportunity to explain her scene with Kuiil rebuilding and training IG-11.

So many great stories and details—especially regarding how they became a Star Wars fan—come from everyone interviewed as the childhood nostalgia beams. And then Filoni steals the show, reminding everyone that Star Wars, because of Lucas, is about family and hope. The house was brought down when he shared the following thought that Lucas would share with him:

“Remember to make these stories hopeful—remember to give that to the kids, because they really need it.”

This was a beautiful way to understand even more of the Lucas legacy. 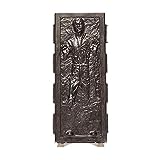