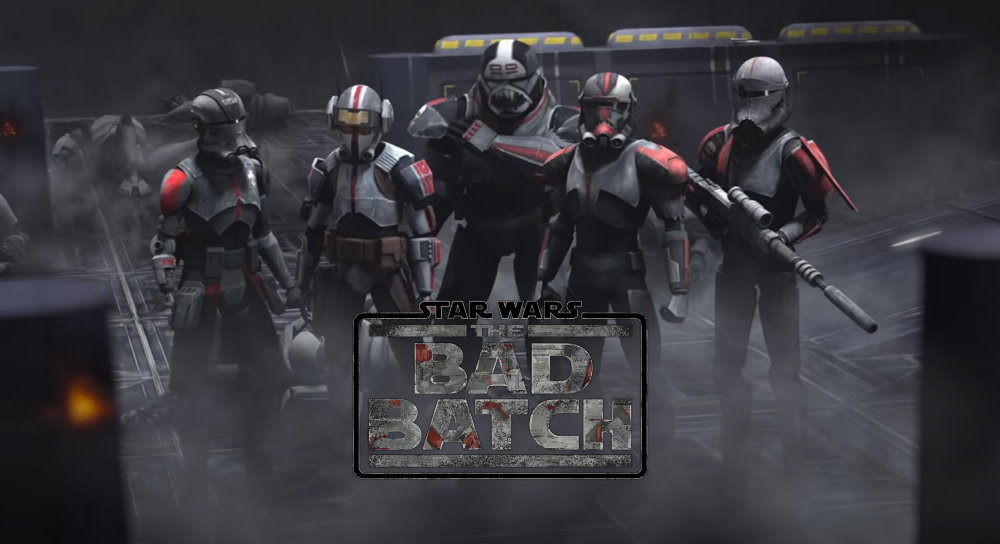 Every time an episode of The Bad Batch lands, Fantha Tracks will be giving their responses, and here are our initial gut feelings, deep dives and thoughts on the first episode of season 1 of The Bad Batch – Aftermath. Beware of spoilerific elements in here.

Separatists pushed to the brink! Republic forces continue to mount victories on battlefront across the galaxy. After the Jedi Knights thwarted an attempt to kidnap Chancellor Palpatine, the evil droid General Grievous retreated to the Outer Rim. With his legions of Battle Droids severely depleted, Grievous mounts a desparate and brutal counter attack across several star systems.

We find Republic Clone Troopers locked in deadly combat on the besieged world of Kaller. Led by Jedi Master Depa Bilaba, they’ve struggled to hold their positions as they wait for reinforcements to arrive. 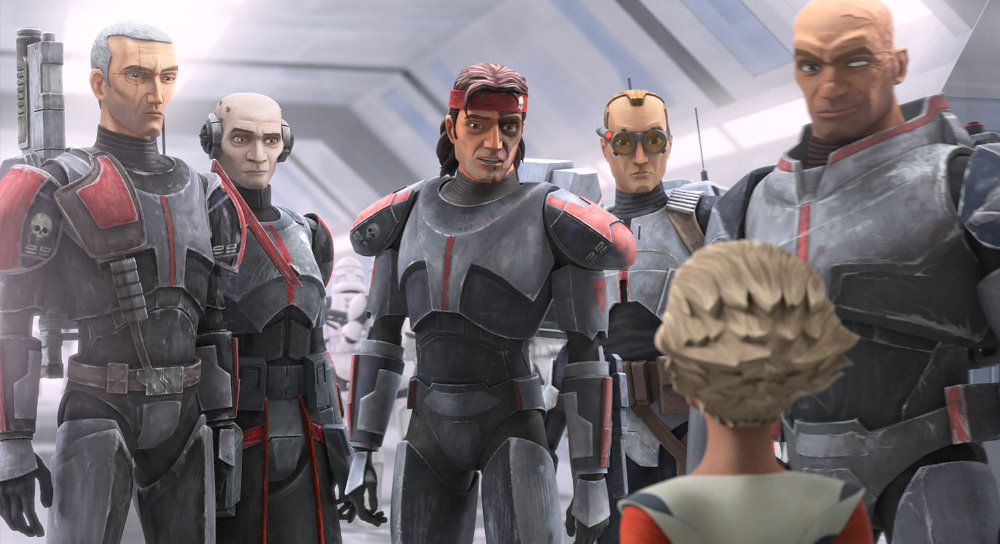 When launching any new series, it’s vital to populate the show with characters the audience will gravitate towards. With Clone Force 99 already fan favourites, and their adventures within the realms of The Clone Wars a key part of not only learning more about the Kamino clones of the Grand Army of the Republic but also the build towards the climax of the series, we knew we’d have a crew of compelling characters to follow, but the show needed something new. In much the same way The Clone Wars launched with the prequel trilogy cast but also gave us a new focal character to follow in Ahsoka Tano, so The Bad Batch blends the familiar with the fresh. A lot hinges on whether or not the audience find Omega a likeable, watchable character, so it’s a relief that not only is she engaging to watch and easy to invest in but also brilliantly performed by Michelle Ang.

In much the same way the final Siege of Mandalore arc of The Clone Wars overlaps with the events of Revenge of the Sith, the battles of Aftermath also occur during the timeframe of Episode 3. We begin with The Clone Wars logo burning away to reveal The Bad Batch logo and a classic Tom Kane voice over as he explains where we are in the war; Republic forces are winning, General Grievous has retreated to Utapau while Jedi Master Depa Bilaba is fighting on Kaller. To say much more would give away some juicy details, but suffice to say things don’t end well and as Clone Force 99 arrive like an armoured Wild Bunch to kick robot butts, they find themselves surrounded by the immediate after effects of Order 66 as Palpatine activates clones across the galaxy.

We’re Kamino bound as Palpatine begins his charm offensive, promising peace and security for the galaxy under the new Galactic Empire while mopping up as many loose ends as quickly as possible. As we already know, Clone Force 99 are immune to the effects of the order and want to know why, but as they navigate their new reality they happen upon a young girl called Omega. Here’s a thought-provoking observation – consider how many clones were in the original batch that made up Clone Force 99.

Their skills evident, Admiral Tarkin demands to see them in action, but these are no ordinary clones. In a dazzling action sequence we see Clone Force 99 distinguish themselves in combat against heavily armoured battle droids, winning the encounter only to be deemed ‘too independent’ by the Admiral. That said, Tarkin was still prepared to send them on a mission to Onderon, to snuff out Separatist sympathisers, and for fans of The Clone Wars and Rogue One it’s no surprise who they encounter on Onderon.

Nothing more needs to be said about the plot, it really does need to be experienced as it smoothly swings us around the cosmos during these galactically pivotal times, and weighing in at 72 minutes there’s a pleasing similarity to the show that preceeded it. Thirteen years on from The Clone Wars big screen debut, animation quality has improved immensely, and this is evident numerous times. Not only are the visuals lush and detailed and the animation smooth with more heft to the physics than ever before, but the lighting is superb with one quiet character scene in particular standing out.

In a time where animation and live action effortlessly share the storytelling of the saga, its more noticeable than ever that The Bad Batch is directed like a live action show. The score by Kevin Kiner is fist-pumpingly militaristic and energetic and the sound design led by David Collins is sharp and engrossing, swelling around the action in concert with Kiners score. This music needs be made available at the earliest opportunity, as this will be our clarion call to adventure every episode.

The joy of The Bad Batch is to watch the story unfold, and with such a watchable group of characters as Clone Force 99 and a new focal character in Omega, it really is edge-of-the-seat stuff. Dee Bradley Baker is a marvel as ever, switching from character to character in a heartbeat, while Michelle Ang nails it as Omega. She’s keen, curious, charming and delivered with a pitch-perfect performance. Add the eternally on-point Stephen Stanton as Tarkin and Ian McDiarmid as Palpatine, The Bad Batch strikes the right balance of familiarity between what we’ve enjoyed over the seven seasons of The Clone Wars and the promise of fresh, new adventures.

The look on Omega’s face as the Havoc Marauder streaks into hyperspace is a memorable one, a look sure to be replicated by kids coming into the franchise for the first time via The Bad Batch. For more seasoned fans it’s a satisfying launch to a show that will introduce us to the ‘brave new world’ of the post-Order 66 Imperial era. Helmet nods to all involved.