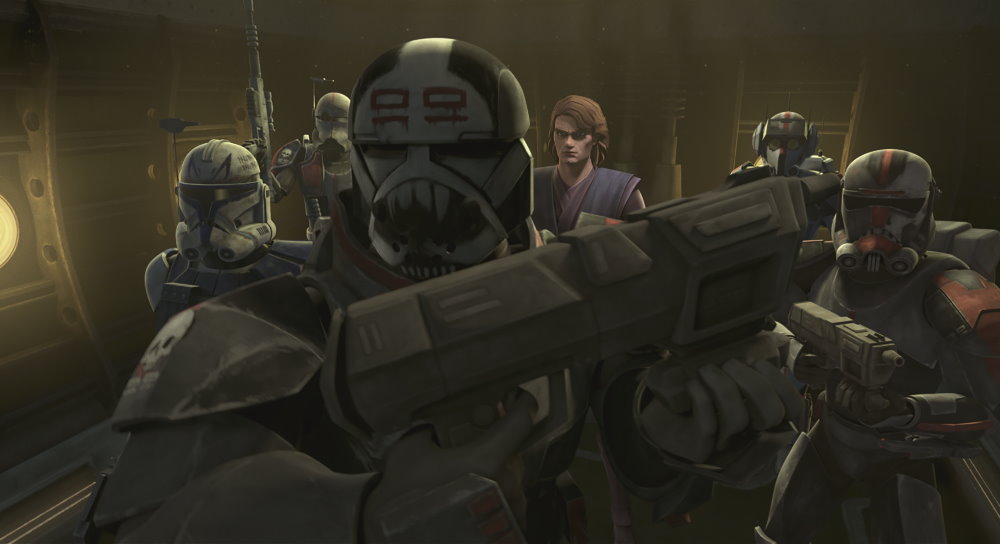 Every time an episode of The Clone Wars lands, Fantha Tracks will be giving their responses, and here are our initial gut feelings, deep dives and thoughts on the second episode of season seven – A Distant Echo. Beware of spoilerific elements in here.

“The search for truth begins with belief”

Conspiracy! After repeated setbacks on the planet Anaxes, an elite clone squad is  deployed to investigate the Separatist tactical advantage. This special unit, called the Bad Batch, infiltrates Admiral Trench’s cyber center to steal a strategic algorithm capable of predicting the Republic’s every move.

What our heroes found was a live signal from the ARC trooper known as Echo, a clone long believed to be dead….

Episode 2 of the final season arrives and the story continues as Rex and the Bad Batch head back to their base on Anaxes to regroup. Hunter believes it’s a trap, Rex is determined to go anyway and with Anakin by his side they head back out to chase down the signal that will hopefully lead them to Echo, but not before a truly priceless scene as Anakin and Padme talk via holonet as Rex covers the door to stop Obi-Wan intruding upon their conversation. As moments go it’s one of the smartest so far, linking their forbidden love that was cemented in Attack of the Clones to her pregnancy reveal and Anakin’s long shift fighting the Outer Rim sieges in Revenge of the Sith.

A shuttle ride to Skako Minor, sitting on the Hydian Way hyperspace route in the Core Worlds brings them into contact with the natives of the planet, who are keen to avoid a war but also ready to help them retrieve their captured brother Echo. To say much more would spoil the episode, but suffice to say things don’t go as expected.

It’s another slick episode, with pleasing graphics (the aerial chase scene on Skako was lush) and superb designs (their shuttle to Skako is frankly gorgeous and I want one). There’s enough connective tissue to the films to lock the show into the chronology even deeper, while continuing the relationships and humour of the now veteran series.

It’s hard to believe there’s been over a decade since this area of the Star Wars story began – an era that we read about before anything else, in the opening pages of the 1976 Alan Dean Foster adaptation – and as the third episode approaches it’s both sad and satisfying to see this era brought to an intended conclusion. Big thumbs up once again for another enjoyable trip into the galaxy.

In this episode we get to see more of Anakin and Obi-Wan (the latter only briefly) as Rex, Anakin and the ‘Bad Batch’ head off to trace the signal they found in the first episode, hoping it leads them to Echo, the clone trooper that Rex feels he abandoned during a previous mission and has seemingly been captured by the Separatists and is being used to inform them of the Republic’s battle strategies.

We also get to see Padme, with Rex covering for ‘Ani’ whilst he makes contact with her via hologram and Obi-Wan lets on that he knows more about what’s going on than his former padawan thought.

I won’t spoil the ending, but there does seem to be an element of ‘all not being as it seems’ as the team approach the source of the signal – but we do get some new battle droids in the mix in the operations tower.

Another solid episode which further develops the characters of Rex, Anakin and the Bad Batch troopers and a cliffhanger ending which leaves me wondering what’s next!

The biggest impression I had from “A Distant Echo” is just how sinister, degenerate, and evil the Dark Side and those associated with it can be. Echo becoming incorporated into the device at the cyber center is as grotesque and unsettling as Emperor Palpatine’s cloning operations in The Rise of Skywalker or the demise of Luminara Unduli in the Star Wars: Rebels episode “Rise of the Old Masters”. I am still bothered by it’s creepiness.

It gives some food for thought: for some reason tapping into a droid is acceptable but unsettling when it is conducted on a biological being. However, since clones and droids are both manufactured, and it seems that Wat Tambor and the Techno Union view them as disposable and manipulatable as a mechanical. The Republic, at the least the Jedi (and audience), see the clones as individuals. There is a lot of depth to this arc as we are permitted insight to the psychology of the clones.

Anyway, the series is hard-charging and unfolding into what is rapidly becoming a masterpiece. I find myself hungering for the next episode. Fridays are typically looked forward to on a regular basis, doubly so, when there is a new episode of The Clone Wars. I can’t imagine what we have yet to experience.” 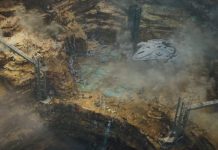 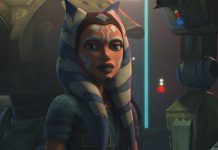 Film and TV Review: The Clone Wars Season 7: Gone With... 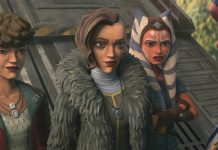 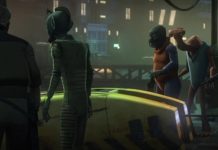 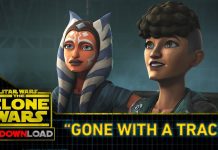 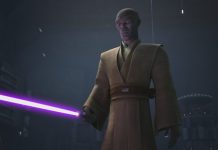 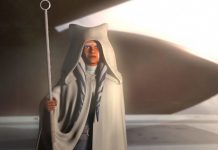 Ashley Eckstein on an Ahsoka and Sabine series: “That would be...

Disney Plus: Episode releases timed so whole world can watch The... 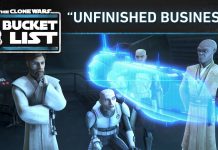 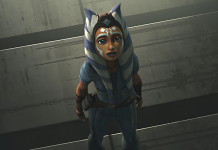 Images From Star Wars: The Clone Wars “Gone With A Trace”... 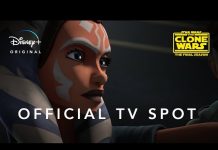 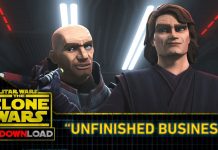