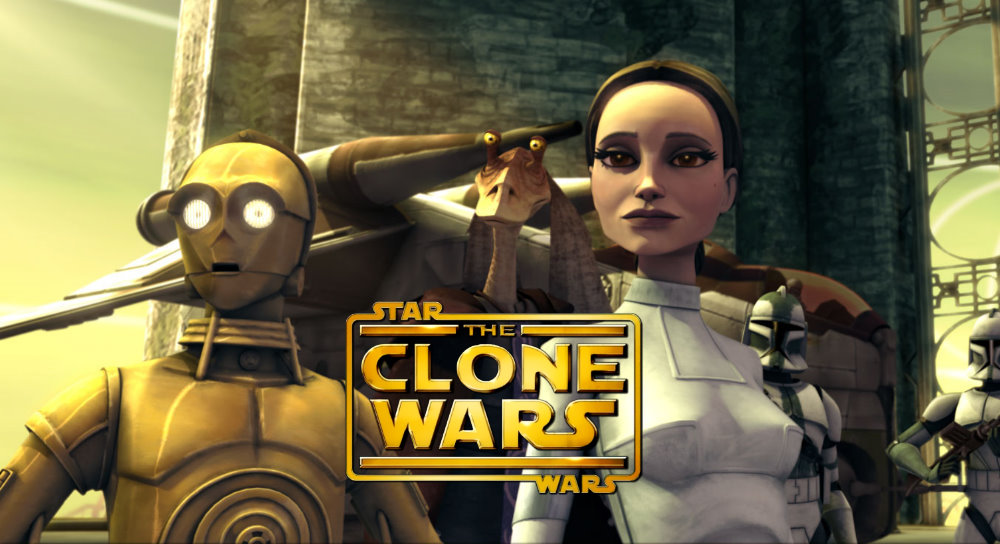 When The Clone Wars first aired back in late 2008, Lightsabre.co.uk guest reviewers looked at the show, giving their initial gut impressions on that groundbreaking first season – but not every review was completed, and so those reviews written at the time were never published. In a new article written for Fantha Tracks, Paul Naylor looks back at the eighth episode of season one – Bombad Jedi.

“Heroes are made by the times.”

The Clone War threatens the unity of the Republic! As battles rage across the galaxy, more worlds succumb to the seductive lure of the Separatists and leave the Republic.

On a vital mission of peace, Senator Padmé Amidala journeys to the Outer Rim world of Rodia, desperate to ensure its loyalty remains to the Republic….

I love anything to do with Greedo. I have met and interviewed Paul Blake – one of the actors to bring the Rodian bounty hunter to life – many times. A nice guy, playing a bad one.

So, I was thrilled when at the beginning of this episode a visit to Rodia was underway. Assisted by Jar Jar and 3PO, Padme was paying a visit to a Greedo lookalike – Senator Ono Farr, an old family friend.

When Nute Gunray arrives in the form of a hologram, it soon becomes clear that Ono and his starving people have been promised food and supplies for trapping Padme and co.

Sensing the trap, Padme attempts to alert 3PO and Binks, but to no avail.

It’s not long before battle droids of varying shapes and sizes locate Golden Rod and our favourite Gungan. The pair make a formidable comedy duo, with Jar Jar’s clumsiness and ‘3-So’ being all prissy, they escape capture.

As the pair prepare to rescue Padme, Binks is mistaken as a Jedi by a Roger-Roger droid – due to a natty cloak he disguises himself in.

There’s a nice nod to A New Hope with the cloak dropping to the floor, as if Binks has become one with the Force. But of course not, it was an underwater escape via a grate.

Neimoidians and droids alike all believe there is a Jedi amongst them. Jar Jar believes he is rescuing Padme, but in truth it is the reverse.

Ono, realising he has mislaid his faith in Gunray, plots to make amends. Meanwhile a bumbling Binks triggers mines underwater, making all think he is dead. He is not. Further chaos ensues.

By the end of the episode, our Bombad Jedi is thanked for helping Rodia and its inhabitants and Clones – summoned by 3PO – have arrived to arrest Gunray.

It’s a great episode. It makes you think just how good Jar Jar could have been utilised in the prequels. Pairing him with C-3PO works a treat and although only voice actors on this occasion, the chemistry between Anthony Daniels and Ahmed Best is evident.