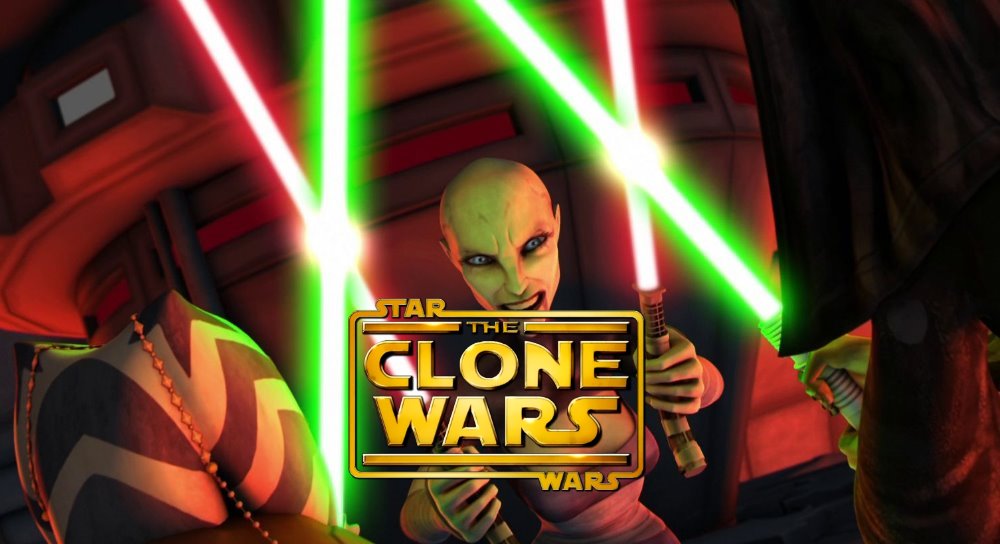 When The Clone Wars first aired back in late 2008, Lightsabre.co.uk guest reviewers looked at the show, giving their initial gut impressions on that groundbreaking first season – but not every review was completed, and so those reviews written at the time were never published. In a new article written for Fantha Tracks, Paul Naylor looks back at the ninth episode of season one – Cloak of Darkness.

“Ignore your instincts at your peril.”

Viceroy Gunray captured! Senator Padmé Amidala has scored a victory against the Separatist Alliance on the remote world of Rodia, securing the arrest of the diabolical Confederate leader, Nute Gunray.

The Jedi Council has dispatched Master Luminara Unduli and Anakin Skywalker’s Padawan Ahsoka to escort the Viceroy to Coruscant under heavy guard. Once there, he will face trial for his many war crimes….

On reflection, The Clone Wars was quite a game changer when it first aired. Take for example episode 9 of the first season Cloak of Darkness, which focuses on Jedi Master Luminara Unduli and fresh-faced Padawan to Anakin Skywalker, the now much-loved Ahsoka Tano. What’s so radical about that? Well, nothing in the context of 2020, but 12 years ago, centring the action on two relatively unknown female heroes could have been considered a brave move. Throw in a female nemesis in the form of Asajj Ventress and you have a heady mix of lightsabers on view.

In the very least it was a subtle nudge towards redressing the balance of male and female characters in the Star Wars galaxy. No Rey, Jyn or Doctor Aphra back in those days. Unless you were Leia or Padme it was unlikely you would achieve much screen time at all.

The episode follows on from the events of Bombad Jedi, with a captured Nute Gunray now being escorted to Coruscant by the aforementioned Luminara, Ahsoka and a bunch of clones, led by Commander Gree. You can’t help but smile when the blockade runner they are travelling in docks with what was then a Republic ‘star destroyer’. So reminiscent of the 1977 original.

Fearing the weak-willed Gunray could spill the beans on his plans, Darth Sidious contacts Count Dooku onboard his cruiser, voicing his concerns. The Count informs his master that his best agent will infiltrate the Jedi ship. That agent; Asajj Ventress.

There’s some lovely transition shots, worthy of the films themselves, including a beautiful shot of the Republic Cruiser flying towards screen.

A spectacular attack on the ship – beautifully directed – sees dozens of Super Battle Droids literally bore into the vehicle, heading for the detention level. And as the battle eases, Ventress makes her presence known.

As Dooku’s apprentice makes her way to free Gunray, she skilfully dodges a familiar looking droid. As many will know, 327T looks just like Treadwell from the Skywalker farmstead. Having dodged the droid’s sensors, the Sith apprentice finds her way to Ahsoka and a duel ensues, briefly pitching the two leading ladies against Ventress.

As the battle develops, the three are battling in a background that evokes not only the finale of Episode I, but also the Cloud City battle from The Empire Strikes Back, Tractor Beam controls from Episode IV and even the closing battle from Revenge of the Sith. It really is a pastiche of all that was produced before, and done excellently.

As the ladies battle on, one Resistance guard – Captain Argyus – has gone rogue, assisting in Gunray’s escape – for the promise of credits from Ventress. The Viceroy and Argyus leave in the Blockade Runner, with Asajj joining them soon after via an escape pod.

Back with the fleet, the two Jedi report back to Anakin Skywalker and Master Yoda who devise a fresh plan to capture Nute Gunray, which will no doubt unfold in episode 10. But there’s only two ways to know for sure – watch the show or carry on following us at Fantha Tracks as we retrace The Clone Wars.