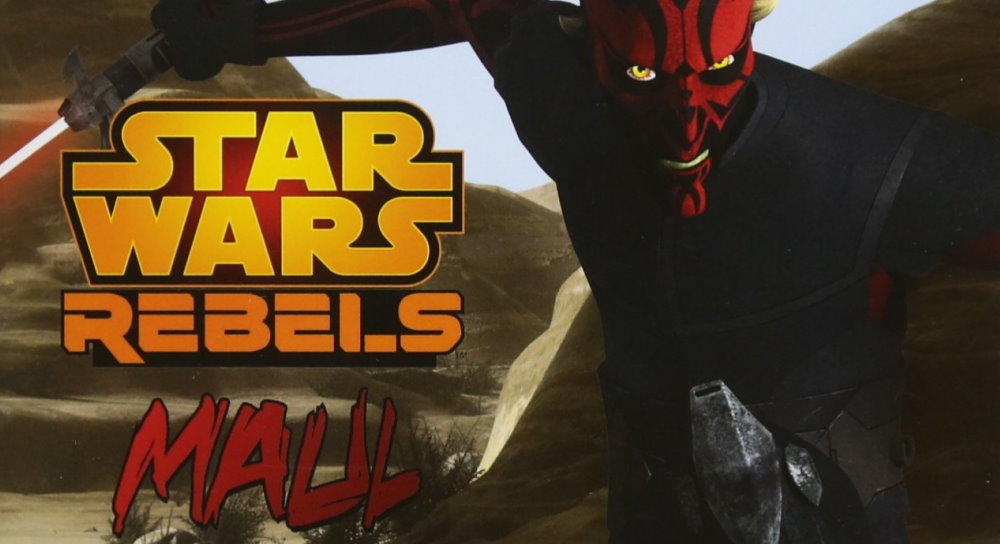 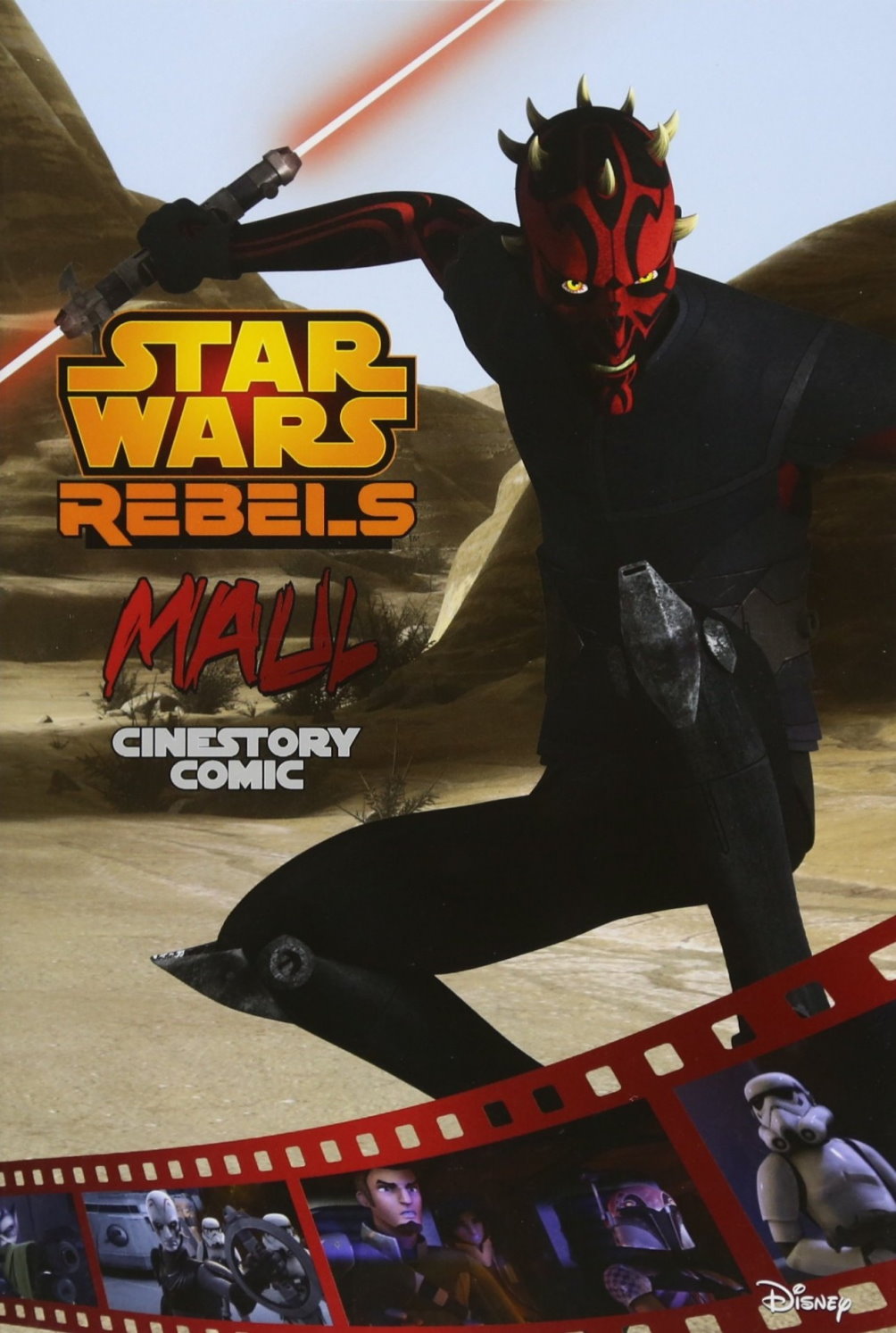 When Ezra, Kanan, and Ahsoka arrive on Malachor, a seemingly dead world that is home to an ancient Sith Temple, they encounter a mysterious man who reveals himself to be Darth Maul.

The Ghost’s crew’s fate become intertwined with Maul and his dangerous plans, sending everyone hurtling toward a devastating confrontation.

Darth Maul is without a doubt an evil character; however, his story is poignant all the same. His final bow in Star Wars: Rebels is my favorite arc in the series. When I recently came across this book, I grabbed a copy without hesitation.

Maul: A Star Wars Rebels Cinestory Comic adapts the episodes Twilight of the Apprentice, The Holocrons of Fate, Visions and Voices, and Twin Suns to a comic book format. It does so by converting the animation cell to the frame-by-frame format and dialogue is captured in the standard bubble format.

It serves no purpose to rehash the episodes themselves. We know Maul’s story from his bisection in The Phantom Menace to his resurrection and quest for vengeance toward Obi-Wan Kenobi which is halted by the betrayal of his former master, Emperor Palpatine in The Clone Wars. With his brief cameo in Solo: A Star Wars Story, we learn there is a lot more to his story until he meets his fate in Rebels. His tale in Rebels is fascinating, not only has he continued his obsession with Obi-Wan, but the Sith Lord and his apprentice have been added to his appetite for revenge. It was a bold move to reintroduce the character as “Spider-Maul” (don’t waste time analyzing the realism, it’s Star Wars!) but his tale quickly evolved into the definition of great story-telling.

This book is by no means a substitute to watching the episodes, however, it’s nice to have on hand. Read along accompanied by Kevin Kiner’s soundtrack or at least imagine it for a truly great experience. However, there is a flaw that is worthy of gripe. It is common among the Cinestory Comics to be printed on newsprint paper which is why I usually avoid them. It absorbs the darker inks and really obscures the images. It is obvious with these episodes because they are so dark in nature. For some scenes it is difficult to discern the action in the frame. Additionally, newsprint is a flimsy form of paper that can be easily torn. A high-gloss format would be preferred but I imagine it would considerably inflate the cost. Don’t let this dissuade you from adding it to your collection just take care of it.