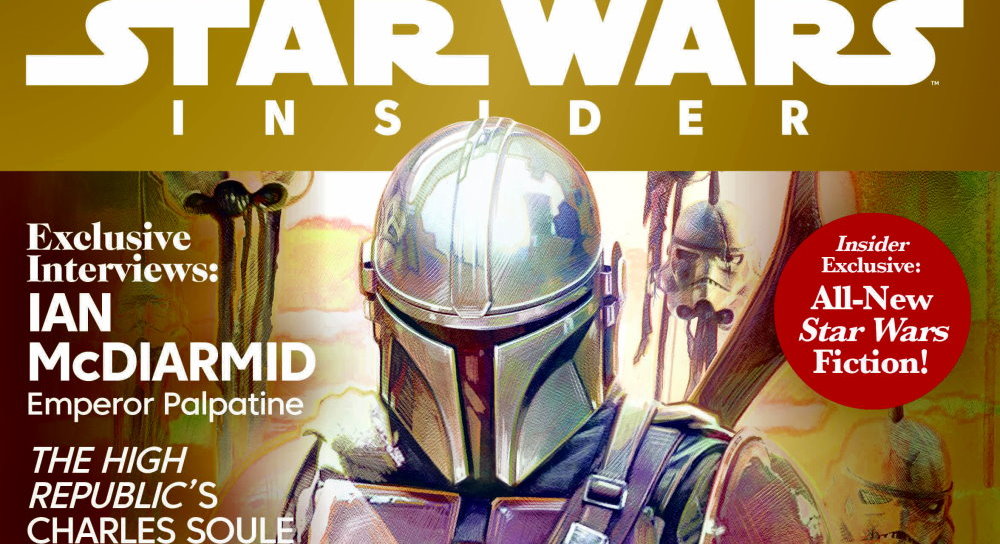 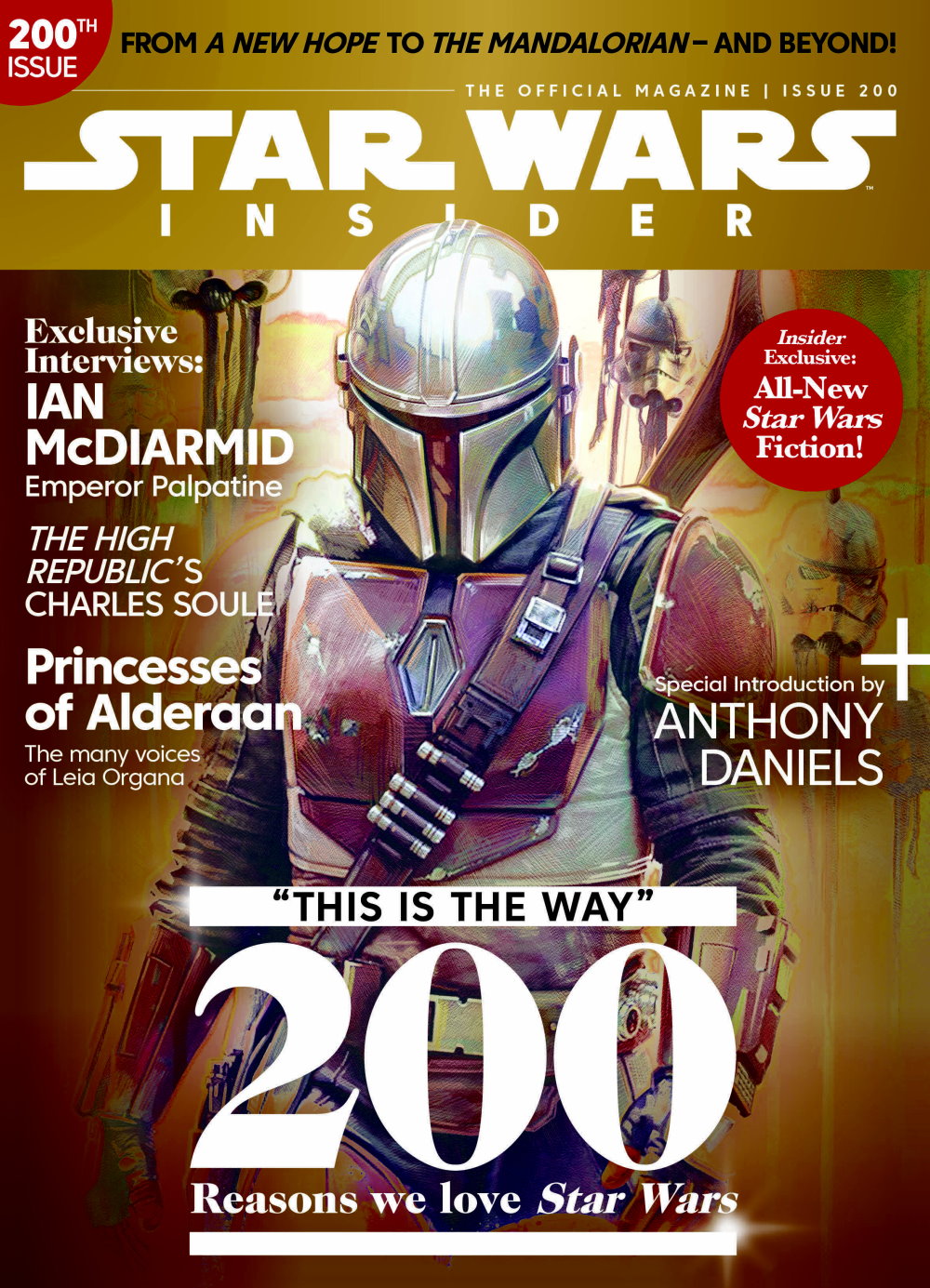 To celebrate 200 issues of Star Wars Insider we reveal the 200 Reasons We All Love Star Wars, talk galactic domination with Ian McDiarmid (Emperor Palpatine), Anthony Daniels pens a special Wonder Column, we remember Carrie Fisher with the actors who have voiced Leia in Star Wars animated adventures, and find out more about Star Wars: The High Republic with author Charles Soule.

What better way to kick off the 200th issue of Star Wars Insider Magazine than with the man in gold himself Anthony Daniels, who returns to the pages of the official magazine with a special one-off edition of the Wonder Column which originally appeared from issues 26 to 47 back in the 1990’s. If you’ve never had the pleasure of reading those, get busy and head back to another galaxy, another time and get them read as they’re huge fun, as is this 2021 edition.

We dive into the magazine with Launch Pad, remembering the late Dave Prowse, looking at the forthcoming slate of Star Wars TV shows. Mando Merch and the forthcoming books and comics and then look at ‘200 Reasons Why We Love Star Wars‘ with some stellar guests including Neal Scanlan, Ian McDiarmid, Anthony Daniels, Garrick Hagon, Brian Herring and Dave Chapman and even the captain himself, William Shatner. It’s a fun read, looking at the memories of the cast, crew and fans behind the saga and personally fun for me as 7 years ago I was heavily involved in ‘Insider Looks Back’, which remembered 150 issues of the magazine.

Next up is my interview with Ian McDiarmid who delves into his time as Sheev Palpatine, specifically the time he enjoyed on The Rise of Skywalker, a film he clearly enjoyed making very much, the elaborate costumes he wore and his time acting opposite sequel trilogy stars Daisy Ridley and Adam Driver. 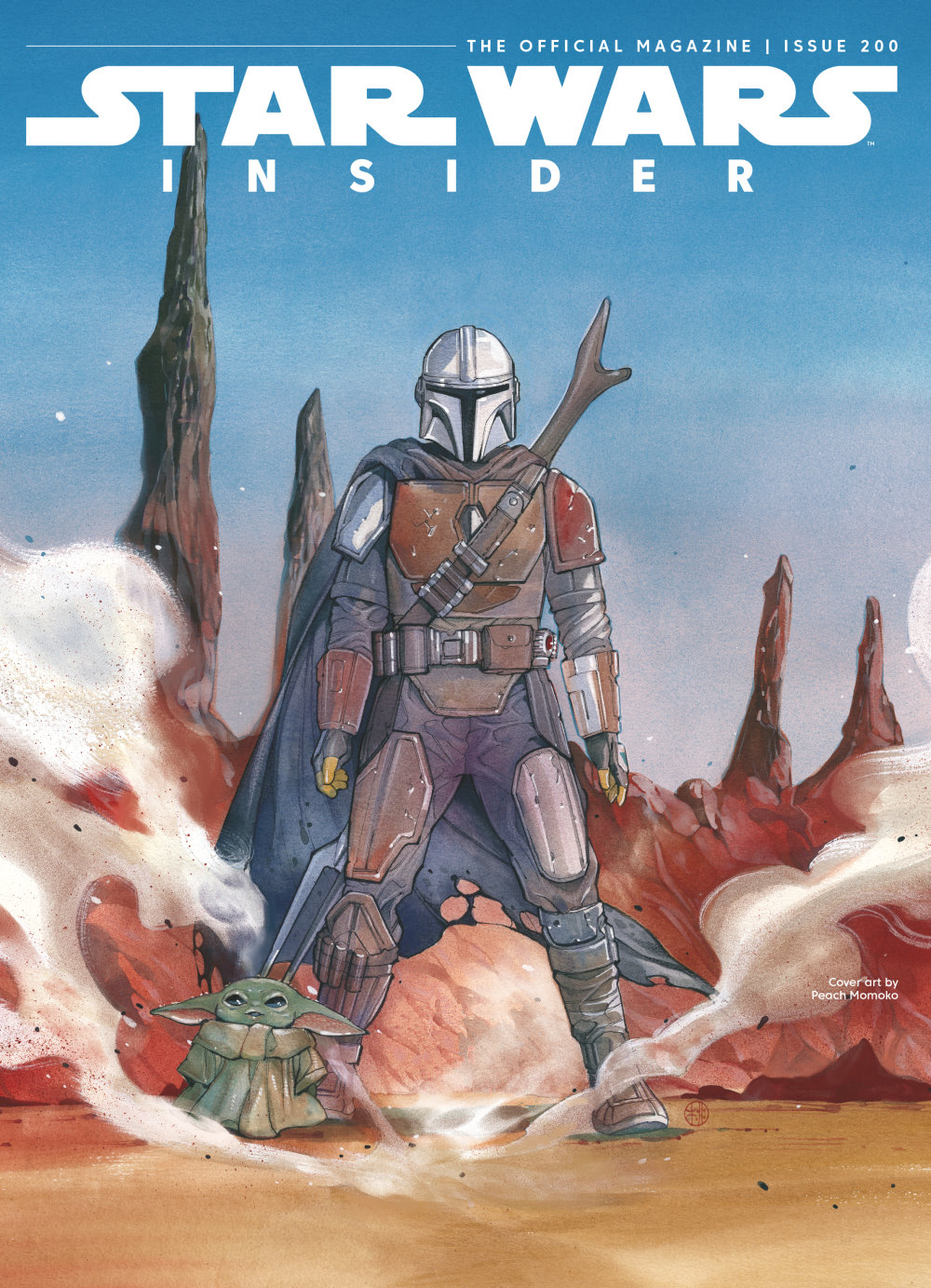 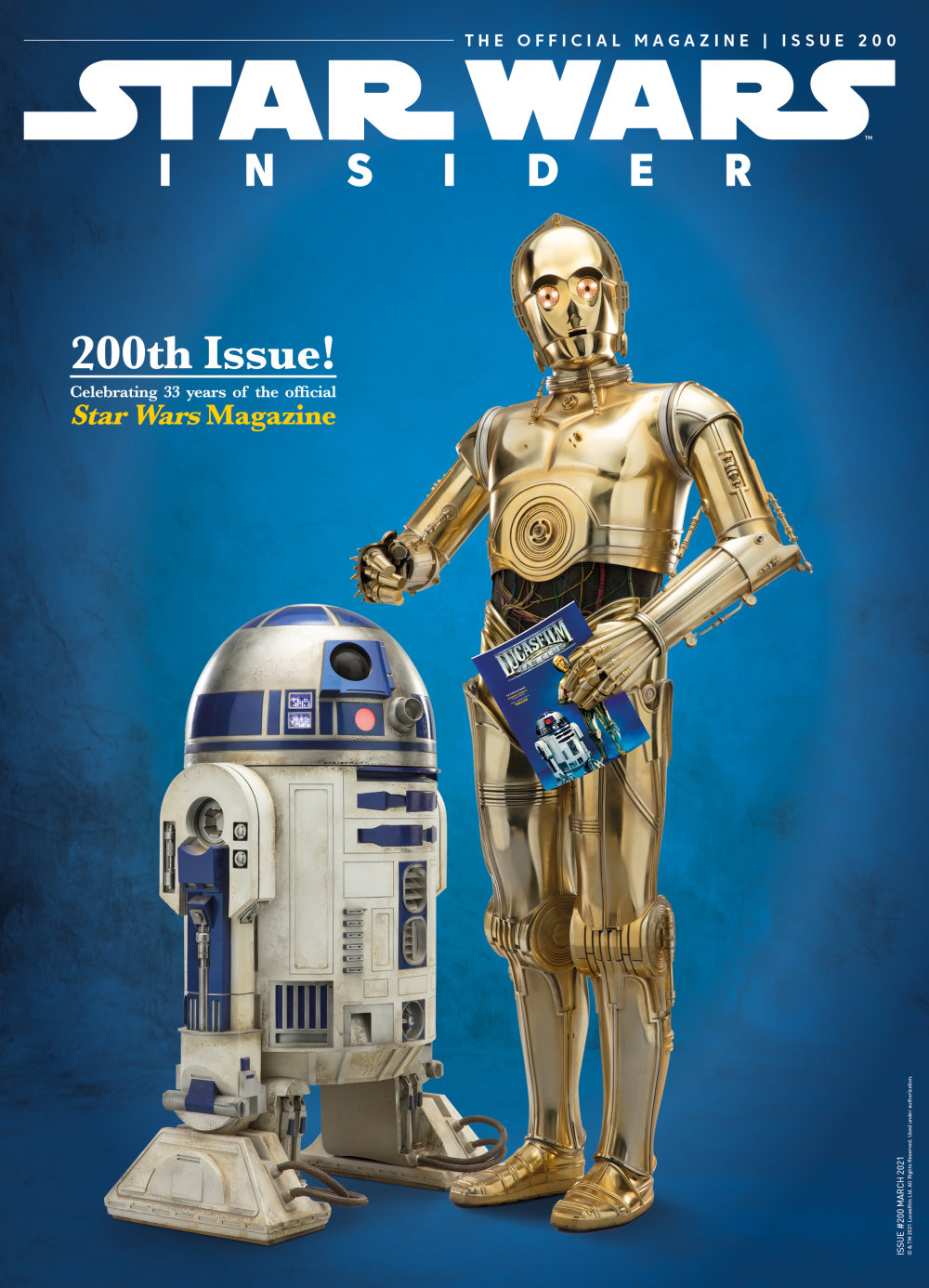 There really is a wealth of stories in this issue. StarWars.com editor Dan Brooks takes a closer look at his pet project ‘Our Star Wars Stories’, while Amy Richau looks at the women who have voiced Leia in ‘Princess of Alderaan: The Voices of Leia Organa’. One of the most fascinating articles is ‘Unlimited Power! Editing Star Wars Insider’ which sees curtrent editor Chris Cooper chat with some of the magazines past editors Jonathan Wilkins, Dan Madsen, Scott Chernoff, Brian J. Robb about their proudest moments and the trials of pulling together the magazine.

‘This Week In Star Wars’ host and StarWars,com editor Kristin Baver brings a companion piece toi her official site series reviewing The Clone Wars with a look at those final episodes and Michael Kogge chats with ILM modelmaking legend Ira Keeler, replate with some gorgeous images from days past. Charles Soule chats with Amy Richau about his work on The High Republic, and Michael Kogge brings ‘A Certain Point of View’, answering a mixed bag of questions about the saga. Bantha Tracks – what better name to have in an aniversary issue of Insider? – takes a look at the filming of the Tusken Raider and Bantha scenes of A New Hope, as well as its creation.

We wrap up the magazine with the second part of Charles Soule’s short fiction story Go Together Part Two which sees Joss and Pikka Adren tackle the terrors of the Great Disaster in a story that bookends Soule’s own Light of the Jedi novel and roll out of this long delayed celebration with a the ‘Jedi Masters Quiz’.

We caught up with Insider editor Chris Cooper late last year on Canon Fodder to discuss #200, and we’ll catch up with him again later this year, but for now grab this special celebratory issue of your official magazine and get the inside scoop.

Star Wars: The Mandalorian: The Art & Imagery Volume 2, out today