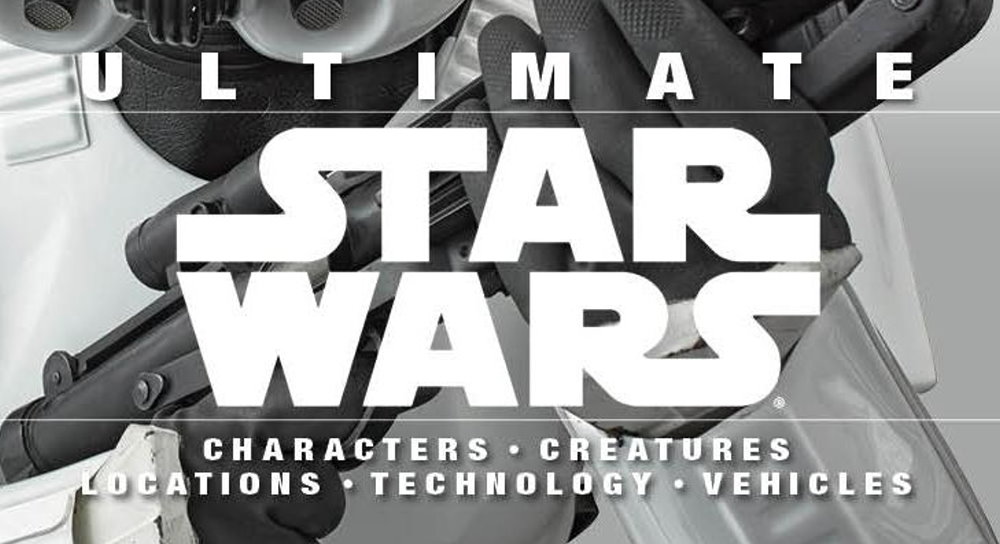 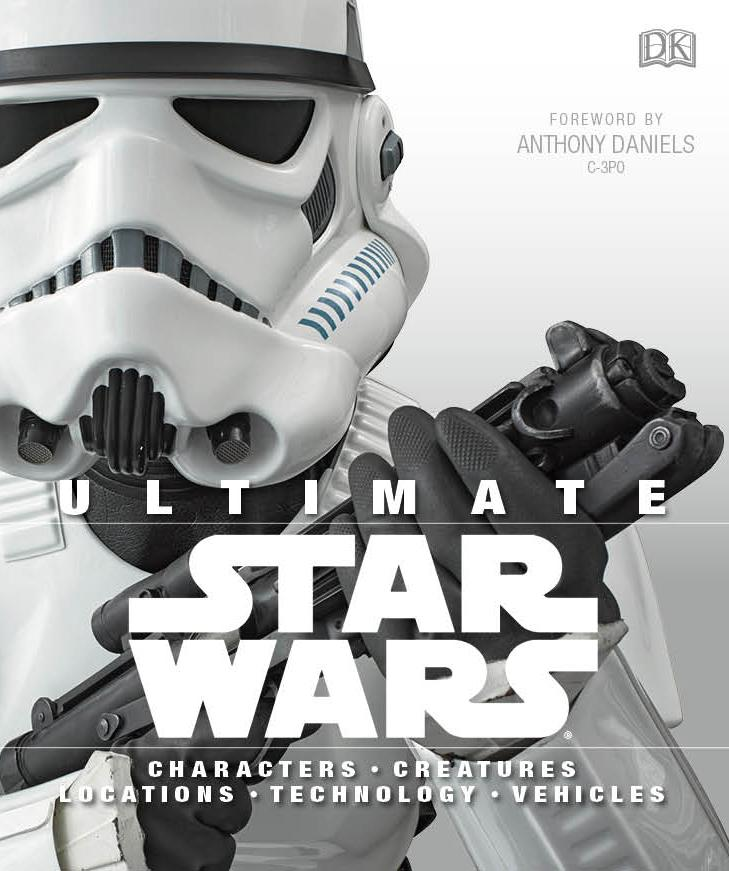 This is a beautifully illustrated guide that is structured chronologically and packed full of information about key characters and storylines from the Star Wars movie saga, The Clone Wars, and Rebels™.

Ultimate Star Wars will get new and old fans caught up and knowledgeable on all things Star Wars.

Written by the team of Adam Bray, Tricia Barr, Adam Bray and Ryder Windham and providing as its title suggests; the ultimate reference resource for Star Wars characters, creatures, locals, tech and vehicles – Ultimate Star Wars is effectively the encyclopedia of the Star Wars universe. It is a tour de Force to refresh your memory of those things you forgot, never knew, or just never thought to ask. Written in a style that it is easy for everyone from the obsessive fan, to the newest reader, those who grew up with the original films, to the youngest fans of Star Wars Rebels – this work of passion is the ideal coffee table book that can enthrall the reader in minutes.

As a collector of the now legend Expanded Universe, it still makes me cringe every time the “is this canon” question rears its ugly head. This book tries to establish what is canon once and for all. Presumably produced under the oversight of the Lucasfilm Story Group, this book takes us closest to where we can get, in official text, the continuity being proactively followed. Little clues are perhaps littered throughout the book such as Boba Fett not being listed as “killed” by the Sarlacc – does this give an inclination that Boba may live to return one day, or is that purely the musings of an over imaginative Fett fan?

There are some errors in the book, simple things such as Even Piell being listed as of the race Zabrak from Nar Shaddaa. Clone Troopers are referred to as Separatists, Savage Opress species is listed as Dathomirian, and the Slave 1 craft is called the Clone 1. These are unfortunate errors that should have been picked up on review, however with a book so crammed full or content, and with such a massive scope – errors were inevitably going to escape through to print.

A LOT of content is included in the book with the most recent publications such as A New Dawn and Tarkin gently touched on. I would assume the writers were working from early transcripts so kept this content simple. I did note one noticeable omission from the Tarkin content, no mention of Isard – perhaps the connotations from Legend material made this particular character too complicated to include at this stage due to the wide ranging connections throughout Legend novels.

Interestingly many names fleshed out in Legends material with regards to film characters were retained such as the use of Ponda Baba over Walrus Man, although my favorite character from the Legends material Tycho Celchu lost his canon status. Some contentious content such as dimensions and stats regarding spacecraft were skipped over, probably the most sensible action to take at this juncture.

Visually this book is stunning, beautiful, and presented to perfection. The choices of layout, the selections of images are superb, and the flow of the data delivery is at times sublime.

This is not however an easy read like the Essential guide series of books were, but it is not designed to be. To achieve the scope and depth that this book set out to deliver required much more bite size and snippet reporting of the facts. Every word is carefully selected to deliver the maximum information – it is a true celebration of the talents of the creative that they are able to make this work.

Ryder Windham is an extensive writer in the Star Wars universe, and a personal favorite of mine from his writing and editing for Dark Horse Comics during its golden era. Dan Wallace is a seasoned Star Wars veteran of such guides, and always delivers amazing content and facts in new and stunning forms. Adam Bray is most well known in Star Wars circles for his Visual Guide to Rebels, but is perhaps most well known for bringing to life exotic locations in a plethora of travel guides. Tricia Barr is one of the most talented bloggers in Star Wars fandom at fangirlblog.com as well as the award-winning writer of the sci-fi novel Wynde. Each of the writers brings their own style and flavor to the guide and the high standard of the writing is a reflection on the great team brought together for the book.

There is so much to gorge yourself on in this book, and so much to learn. I was particularly fond of the data delivered on Mustafar. It is a find example on the strength of this book. A planet that we are familiar with due to the Anakin vs Obi-Wan duel, but yet probably know little about. Not anymore. Throughout this novel, throughout the timeline of Star Wars more and more golden nuggets of information are delivered to the reader. This is the very core strength of the book, continual education, and new information to even the most passionate of Star Wars fans.