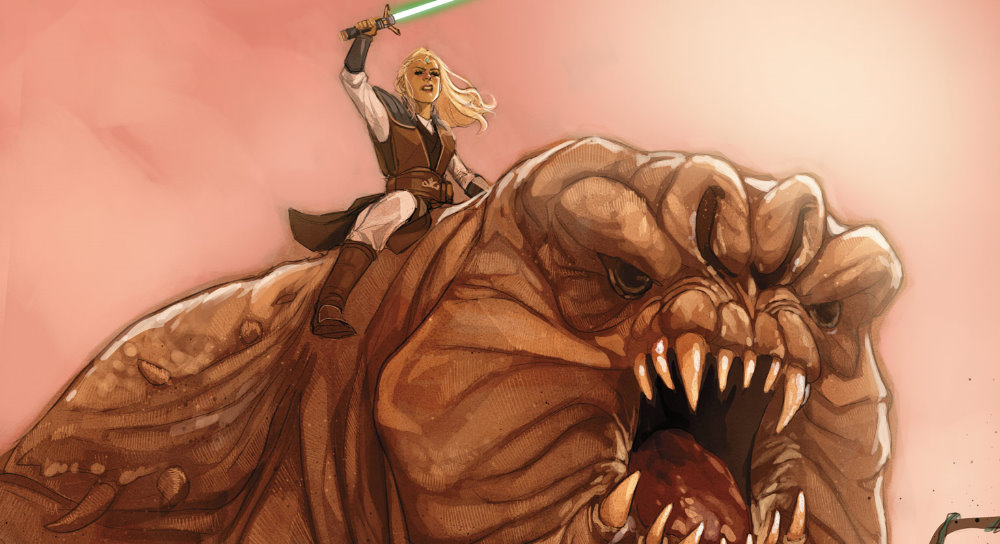 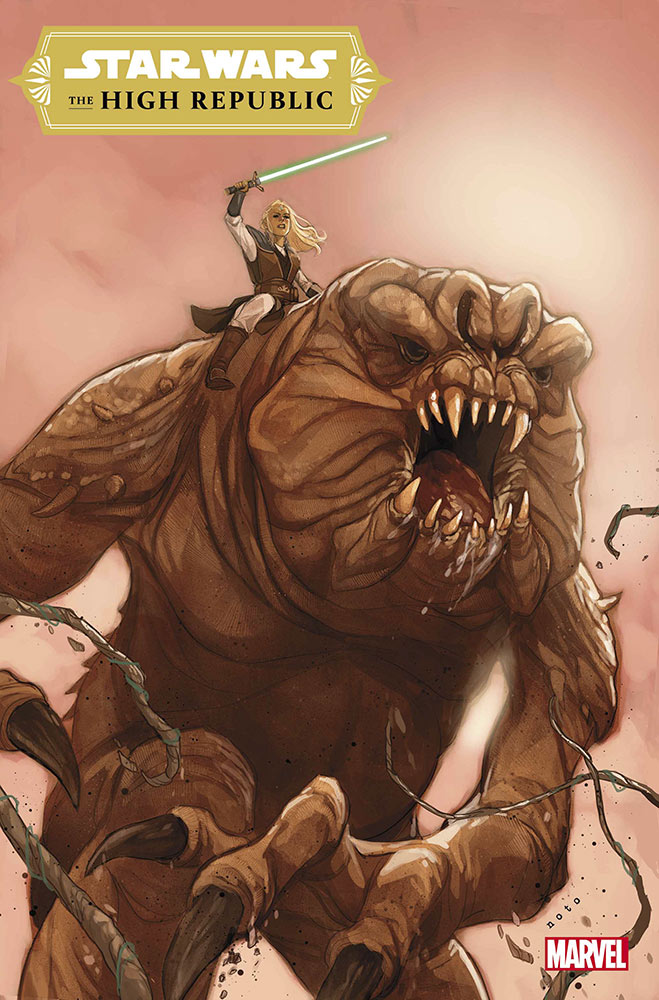 HEART OF THE DRENGIR

CHAPTER I: THE GALAXY UNITES

The Drengir assault on Starlight Beacon and Sedri Minor was stopped thanks to an uneasy alliance between the Jedi and the Hutts.

Jedi Keeve Trennis’ desperate gambit to help stop the attack paid off…but may have cost the life of her former master Sskeer.

Now a much greater conflict is about to test Keeve and the Jedi like never before.

Confirming that there is indeed no rest for the wicked or the virtuous, the necessary alliance of Jedi and Hutts wreak havoc on the encroaching creep of the Drengir, now embedded on hundreds of worlds on the galactic frontier in an attack that has changed the face of the galaxy. It’s to the Outer Rim world of Daivak we go as Master Avar Kris and the enthusiastic Hutt Myarga ride fearsome rancors and happen across more rampaging Drengir. It’s an uneasy alliance, certainly for the Jedi, and that’s made clear back on Starlight Beacon as Master Maru and Master Gios converse, first about the Hutts and then the plight of Trandoshan Jedi Master Sskeer, himself infected by the rot of the Drengir.

It’s here the story takes a turn as his padawan Keeve Trennis visits the stricken Trandoshan, insisting the serpentine doctor Gino’le run more tests, and we swing back to Daivak as Avar realises the weight of the battle ahead of them. Her enormous rancor is taken, meat for the Drengir, and in a moment of what appears to be panic she instructs every Jedi on Starlight Beacon to come to Daivak as reinforcements. It’s here the moment happens as Keeve drops the protective force field around Sskeer, only to immediately be infected by the Drengir within him, appearing in some kind of mind realm where she discusses their plight with Sskeer.

Back in the real world, Myarga is starting to realise the Drengir attacks are too much, coming in waves as quickly as they can chop them back, until Avar hears Keeve within the ‘song’ of the Drengir. Keeve manages to mumble to Maru that they are looking for the ‘heart of the Drengir’, essentially the first seed known as the Great Progenitor. With the jedi now alerted to her plan, Keeve and Sskeer grab the quickly retracting roots and are pulled – still in the non-physical realm of the Drengirs shared consciousness – to the enormous Great Progenitor itself, which attacks Keeve, leaving Sskeer to tear the roots apart as it tries to flee. Now the Jedi have the location of the Drengir homeworld, far out in Wild Space.

This really was a satisfying read, action-packed with plenty of interesting elements (the Jedi and the Hutts, together – on rancors?!) and the ever-growing threat of the Drengir being temporarily curtailed as it’s original seed is located. The fear in the Drengir is as palpable as the fear in the fleeing aliens at the start of the issue, and with the weary Jedi now getting a toe-hold in the battle against the Drengir, issue 7 is sure to be a must-read. Hats off as always to writer Cavan Scott, who consistently delivers nothing less than an engaging read and the art team of penciller Georges Jeanty, inker Karl Story and colourist Annalisa Leoni who give vivid life to a gripping issue.