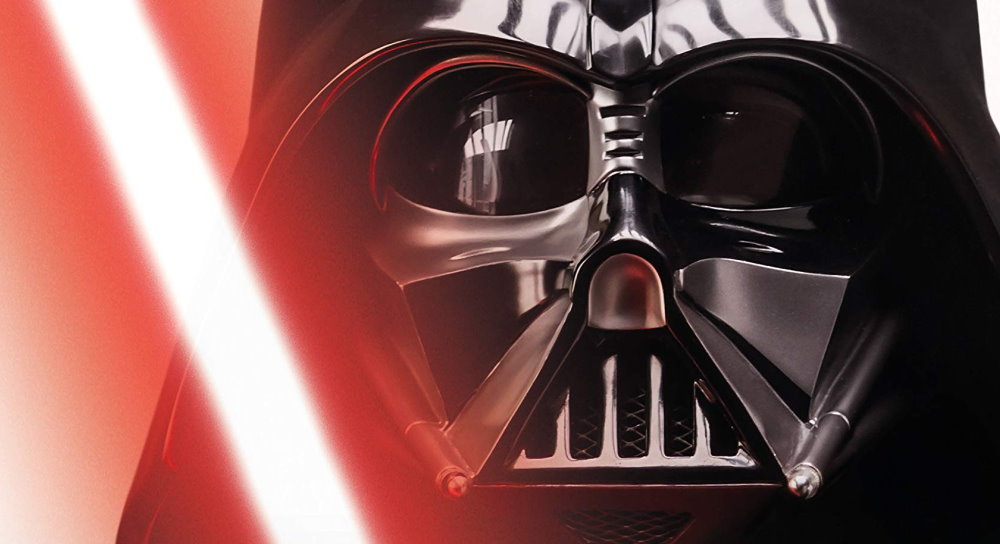 I recently received a review copy of the newest edition of DK’s Ultimate Star Wars. It is always an honor to receive a review copy of a book, none more so than a Star Wars book. I cannot tell you how honored I am that I received this copy and now I can share with you some highlights from this new edition. One of the first things my husband and I noticed is the expanded Technology section including more details on the weapons. My husband was really impressed by the names and capabilities of each of the weapons used in The Force Awakens, The Last Jedi, Solo, Star Wars Rebels and Rogue One. He spent a quite a bit of time looking at the details of each one and which real world weapon these were inspired from. 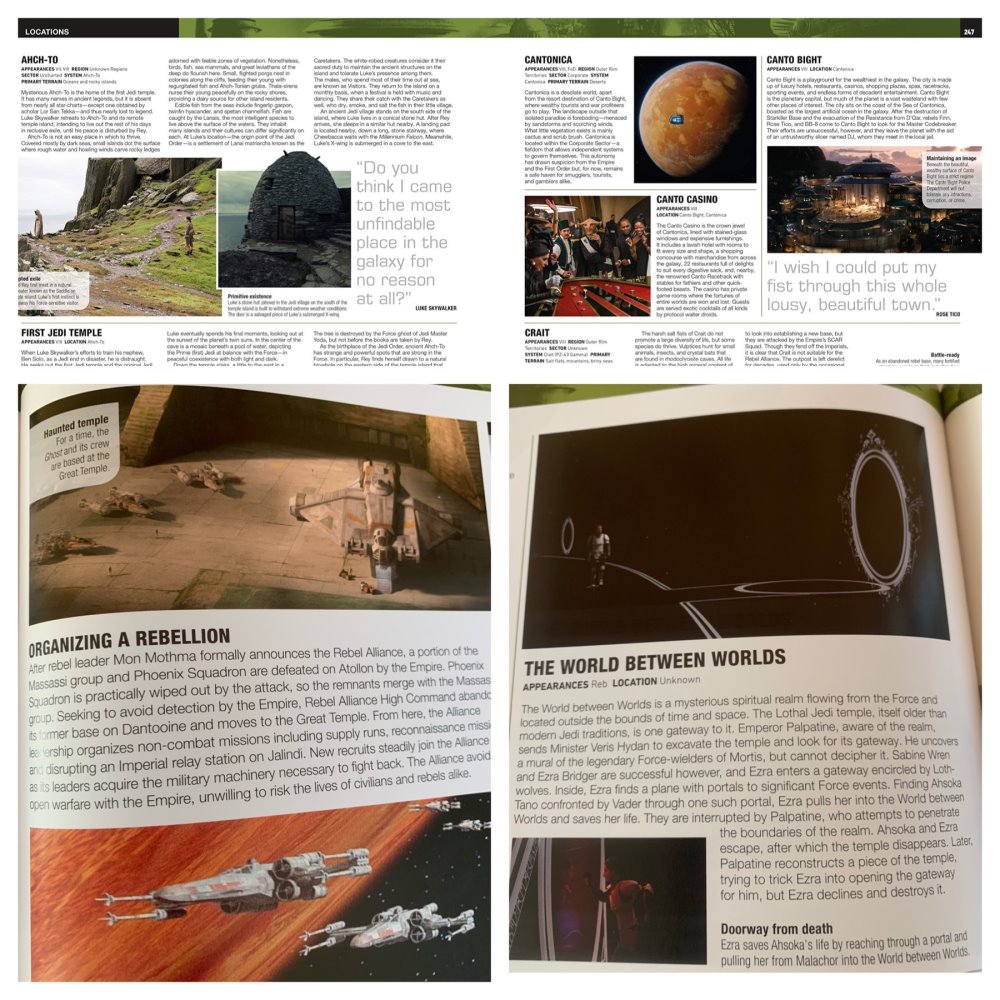 The Location section is chock full of new entries not only from the live action movies, but from Rebels, Resistance and even Galaxy’s Edge! 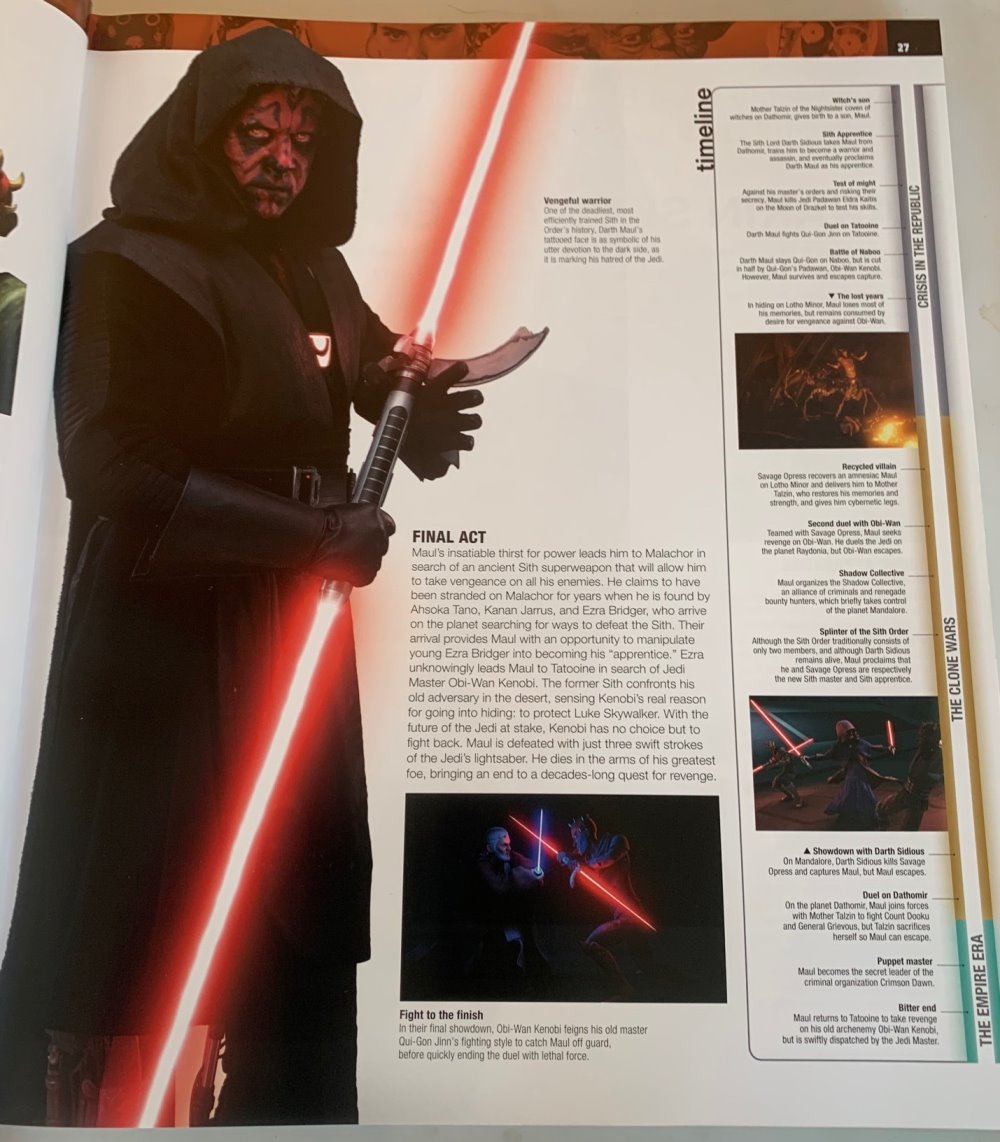 The newest edition not only adds new characters, but expands on the content of characters previously highlighted. For example, Darth Maul’s entry in the previous edition was just over a page, in this new edition this character now has almost two full pages and includes his most recent appearances in Rebels and Solo! 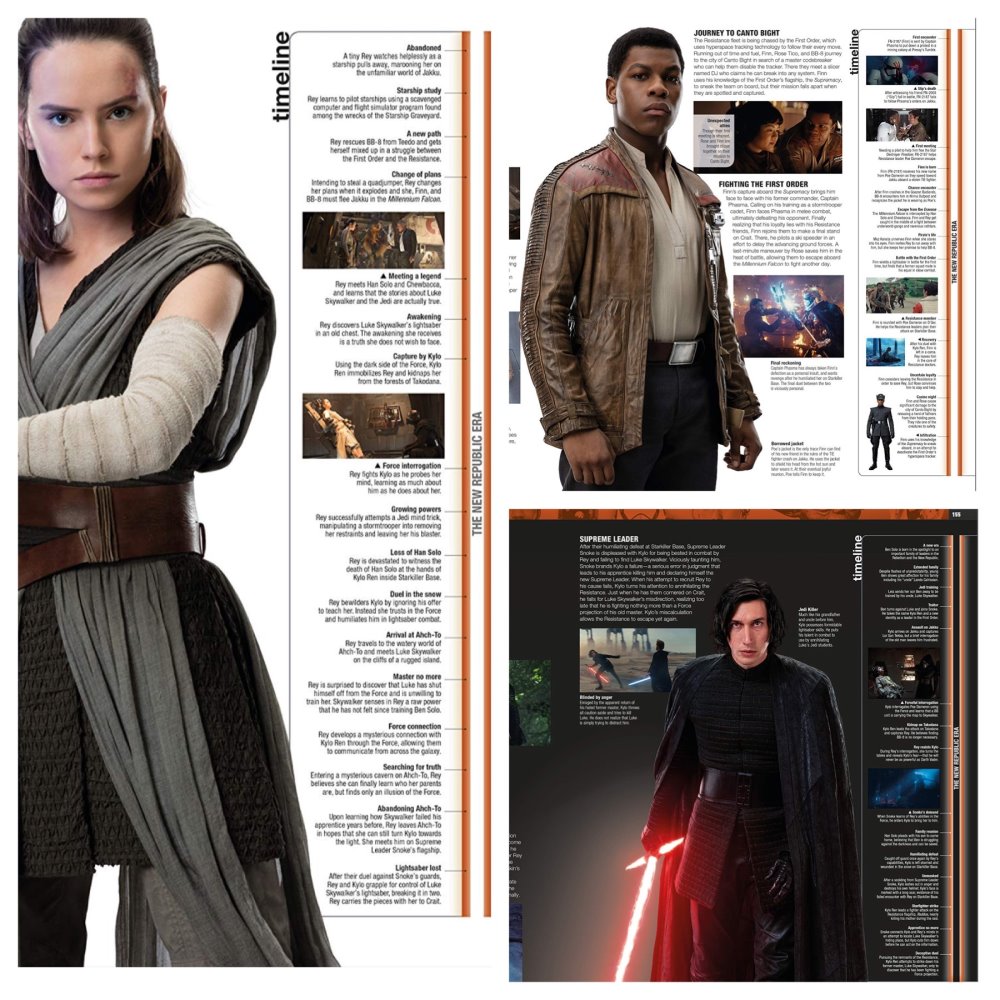 More from the animated shows The previous edition did include content from The Clone Wars and Rebels. However, the newest edition expands on what was there previously and adds more, including details from Resistance!

Of course the most exciting thing about this new edition are The Rise of Skywalker entries. I talked to co-author Adam Bray about who actually did these entries and he indicated that these were all done by DK and that the other authors were not involved with these entries. Therefore, like myself, he was very excited to see these entries for himself!

Now available as a digital edition 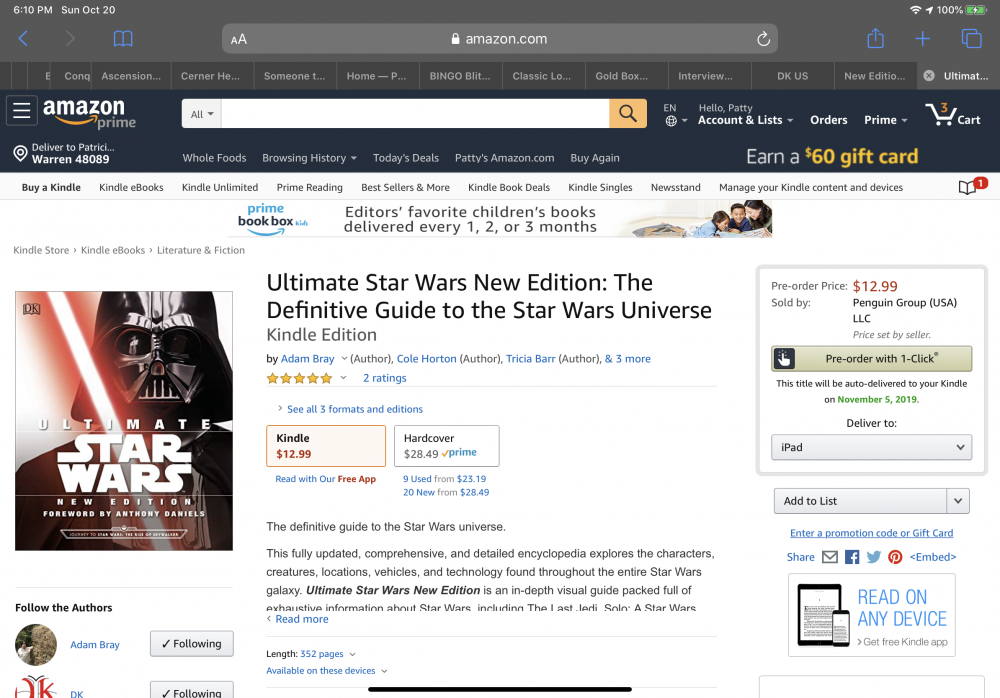 Good news! Ultimate Star Wars will now be available for the first time digitally on a variety of ebook platforms. In addition, the price point is fantastic ($12.99 for the US) given the depth of content available, especially all the new content that this edition contains. It is available. If you were hesitant to buy this new edition, this might be your best bet! This edition releases on November 5, 2019 and is available for preorder through the following links:

Barnes and Noble Nook US

So, if you are a huge Star Wars fan like me who wants to know all about the new stuff within the saga, this is a must buy in either format! 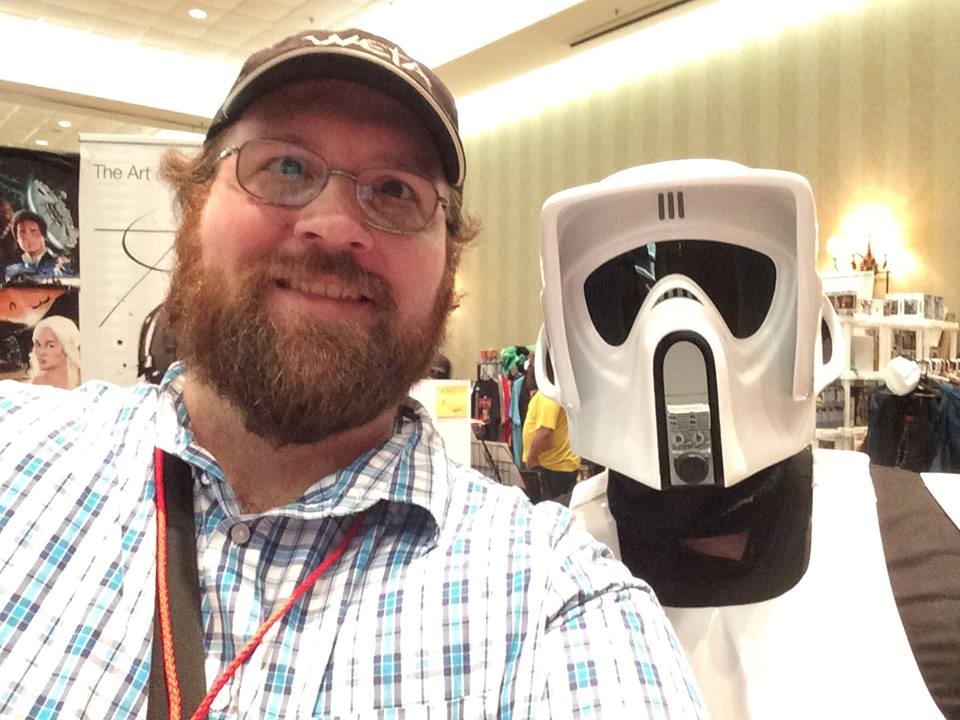 I also have the honor of knowing Adam Bray and I was able to speak briefly to him about his contributions to this newest edition of Ultimate Star Wars.…

I tried to work Easter Eggs into every page, but they don’t always survive the editing process, but long-time fans of Star Wars and folks involved in the fan community may be rewarded if they dig through the text…

And yes, I think this is the first time Ultimate Star Wars has been available on Kindle.”

Thanks Adam so much for the brief interview and for your contributions to the Star Wars Universe of knowledge!

Ultimate Star Wars, New Edition: The Definitive Guide to the Star Wars Universe
$25.43
Buy on Amazon This is a paid link. Learn More. Clicking the link may take you to the Amazon store servicing your country Price incl. tax, excl. shipping.  Details correct as at: 2021-05-09