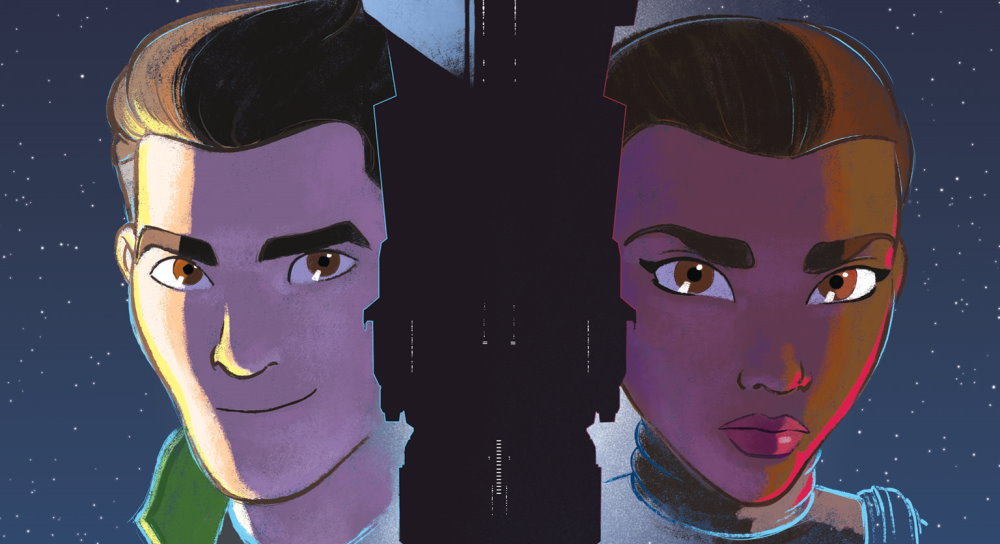 As the end of Star Wars Resistance approaches, the official site catch up with Christopher Sean and Suzi McGrath to talk about their characters and the ending of the show after 2 seasons.

Stepping into the Star Wars galaxy has been transformative for the two actors — “It’s been life-changing,” Sean says emphatically — and an experience that helped them grow personally and professionally. Sean recently started working with The Peter Mayhew Foundation, a charitable organization started by the late actor who originally portrayed Chewbacca.

“The whole team, being there and being a part of the family,” Sean adds, rattling off a long list of people he’s thankful for meeting through the process. From the recording session director Mary Elizabeth McGlynn, to executive producers Athena Portillo, Brandon Auman, and Justin Ridge, to his fellow actors, Sean learned something from everyone. Breaking into an impression of actor Scott Lawrence, who portrayed Jarek Yeager, Sean recalls an early recording session when his excitement over his character’s physical comedy was making him a little too jittery in the recording booth. “Hey Kaz, you’ve got to plant your feet,” Lawrence told him. “Donald Faison, when he walked in and started creating his character Hype, that was amazing. Watching Bobby Moynihan and Jim Rash, Flix and Orka,” he says. “Being able to work with them and watch them was just phenomenal. They’re so funny. Josh Brener and all his ad-libs,” he says, making McGrath chuckle. “And Suzie, she just lit up the room.” 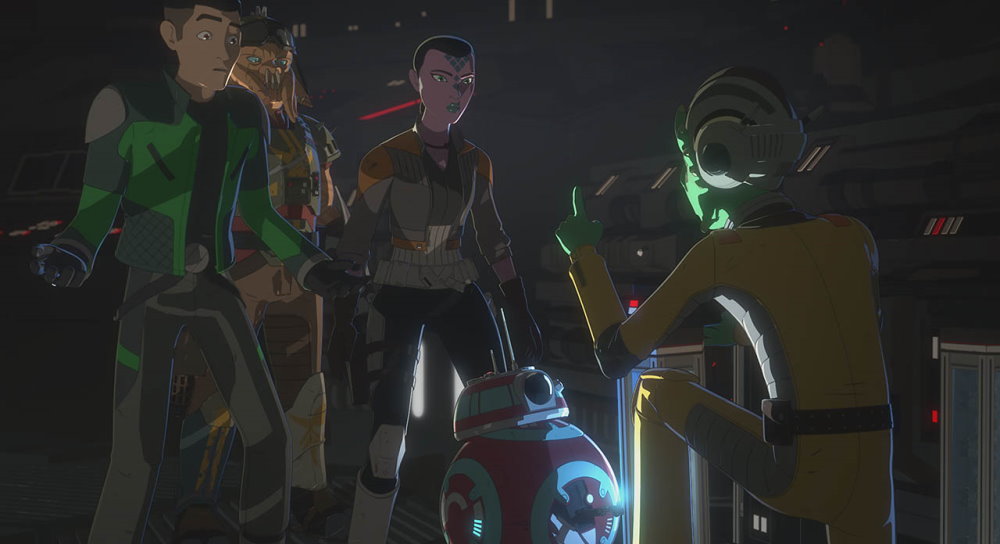 McGrath takes away lessons from Sean as well, she says. “Christopher has taught me that generosity is key. Because the way that he is in the recording studio, it’s just delightful. And it creates such a lovely, positive energy. You would say some lines and catch him looking at you waving, smiling, giving you the thumbs up,” she says, as Sean goes uncharacteristically silent. “It was so nice to get to work with you and see how you are, you know?”

“Thank you very much,” Sean says finally. “That’s really kind. Sorry, I got a little choked up there.”

“The best thing is working with such awesome people and then meeting the fans and watching everyone interacting and seeing how excited they get as the story’s progressing,” McGrath says. “It’s going to be fun,” she adds of the finale. “So get ready.”