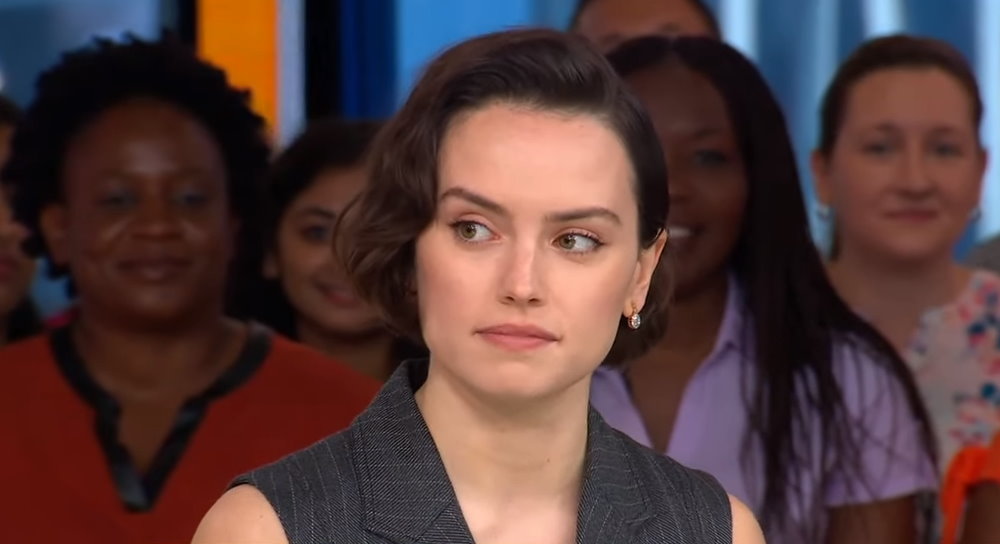 Daisy Ridley was a guest on Good Morning America yesterday in the States, and while promoting her latest film Ophelia she discussed The Rise of Skywalker. To kick off, she was asked about her opinion of the movie.

She was also asked about the now iconic set photo of herself hugging with Oscar Isaac and John Boyega. 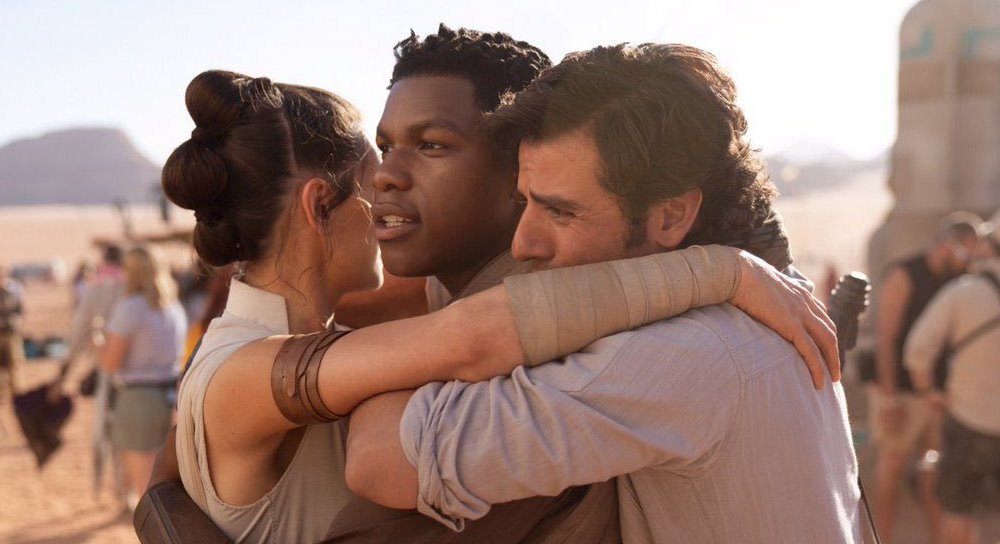 And has she seen a cut of the film yet?

“No, J.J. has shown me a couple bits, which was very exciting. When we went in to see the trailer he showed me a few bits. I don’t know if it’s because I’ve done more now, because it’s always really hard to watch yourself, but this time I feel it’s the most excited I’ve felt.”

Asked if she will return after The Rise of Skywalker (“Who can tell?) she gave her thoughts on the finale of this nine film saga.

“What I would say is that it’s a brilliant end to the story, and like J.J. and Chris (Terrio, co-writer) have done an incredible job wrapping it up. Because there are so many references, obviously, to the nine films, but it also exists in its own thing. So I think people are going to feel very satisfied.”

For her full appearance, watch the video below.