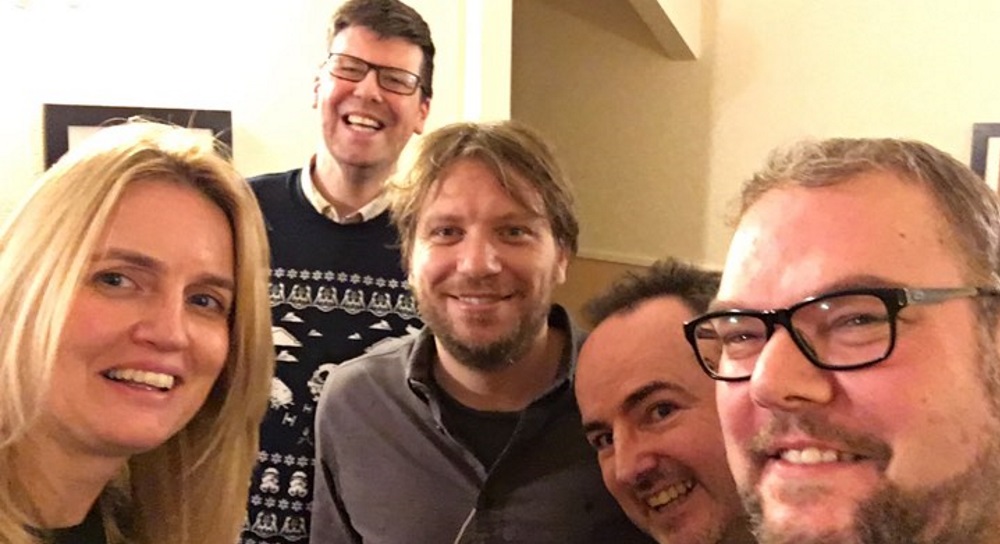 Last night, a quartet of Fantha Trackers travelled to Nuneaton for a special screening of Rogue One, and a Q&A with director Gareth Edwards. We were fortunate enough to not only grab a handful of photographs with Gareth but to sit down with him in a quiet room for over half an hour and discuss Rogue One and it’s genesis, along with a number of other topics including the location of the infamous Gary Barlow cameo.

One of those topics was his brief cameo in The Last Jedi, how it came about and what other celebrities were in the scene with him.

“I got this email through my assistant and it said ‘ok, it’s time for your cameo, it’s on this date, you’ve got to go’, so I went and didn’t know what was going on. It was really interesting, a pretty good learning experience because I suddenly realised what the extra’s feel like on your film.”

Gareth explained that this was shot during a time of high activity in Rogue One‘s post production, and went on to describe filming the Crait trench scene at Pinewood.

“I got there and obviously they probably briefed everyone but I got there late, so they were like ‘stand there, put this on’, and I went into this trench and I had no idea what was going on, and I looked to my right and it’s Gary Barlow. I think his wife or girlfriend was there as well. You start looking down the line, it was a bit like ‘I’m a rebel, get me out of here’.

All the rumours had Barlow being dressed as a Stormtrooper – which he also may well have been – but we now have confirmation from Gareth that Gary Barlow was on Crait.

Stay tuned as our full length half hour chat with Gareth will be arriving soon on the first podcast from our fast-approaching Fantha Tracks podcast network.

Mark Hamill and his Rogue One voice role: “It was for fun and the fans”

How Rogue One almost had a different title

Rogue One: Why it was Admiral Raddus and not Admiral Ackbar leading the battle